New Year's Eve in 2 weeks in the Balearic capital?

The owner of NovenoB restaurant in Carrer del 31 de Desembre in Palma has had enough of 2020 so the restaurant is celebrating New Year’s Eve on Monday, November 23, with an end-of-year banquet, including the traditional grapes and the event will end before the midnight curfew.

"I want it to be a gala dinner and for people to look beautiful," says Javi González, who took a chance and opened his restaurant on September 6, 2020.

"During the lockdown we had to close our brewery and we saw so many places that had shut down and been left by the wayside, but I saw it as an opportunity,” says Javi.

Diners are given masks the minute they enter the premises and when the waiters set out plates they are invited to dip their fingers into dishes they can’t see and encouraged to shout out what they think the ingredients are. There’s no cutlery so diners have to eat with their fingers and grope around the table for their drinks.

"People want to have fun and try something different, and you don't come here to eat a ‘pa amb oli’ or chopitos,” says González, who acts as master of ceremonies. "Diners lose their embarrassment really quickly and end up shouting and licking the dishes.” 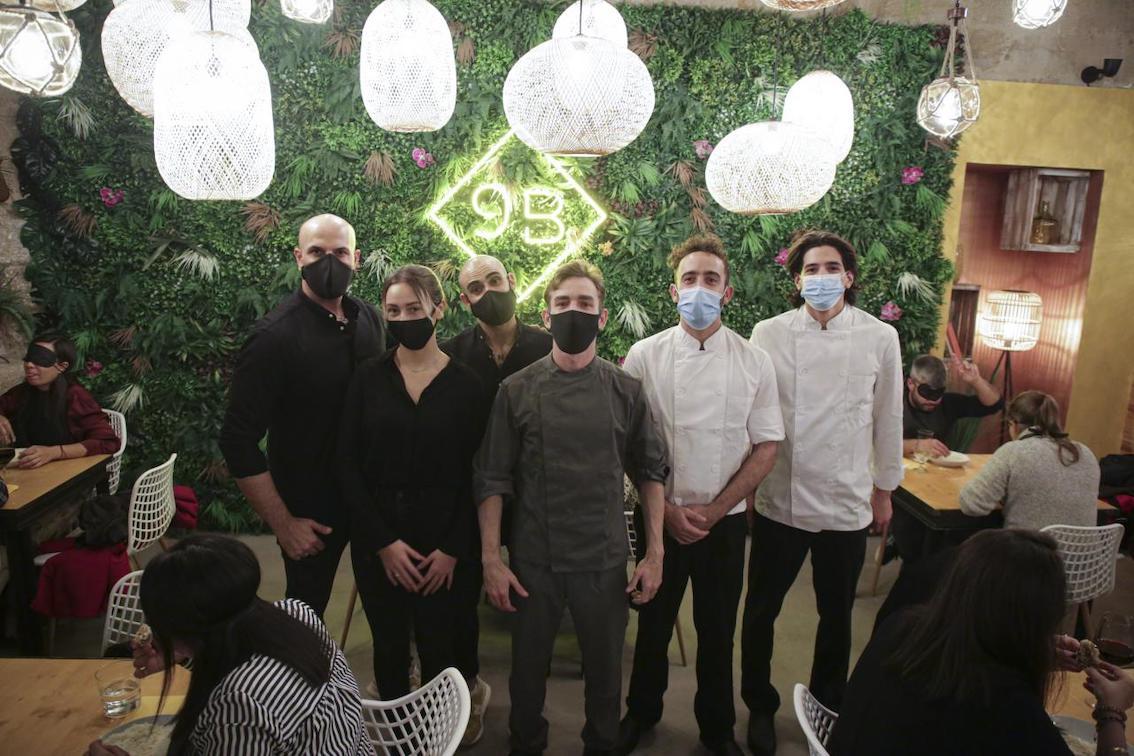