We cannot "become the reception centre for the whole of Europe"

Over two thousand migrants rest in the Arguineguin harbour, in the Spanish island of Gran Canaria, after being rescued by coast guards or reaching the island by their own means, in Arguineguin. | BORJA SUAREZ

Canary Islands hoteliers called for action to tackle a resurgent migrant crisis by the Spanish government and the European Union, saying on Wednesday that they could not allocate more rooms to house people who arrive on rickety boats.

More than 15,400 people this year have braved the perilous Atlantic crossing from Africa to the Canaries, which lie around 100 km (60 miles) off Morocco's west coast, 10 times more than in 2019.

Nearly 1,800 African migrants were stranded in a dockside camp on the Spanish island of Gran Canaria on Wednesday after a wave of arrivals overwhelmed local authorities' capacity to house them, officials said. Others are being hosted in hotels on the archipelago.

"We have shown a lot of solidarity and we have preferred to help in a human way to avoid a (migration) drama like the ones we have seen in other European territories, but now we have to find other solutions," said Tom Smulders, spokesman and vice-president of the Canaries' FEHT hotel federation. 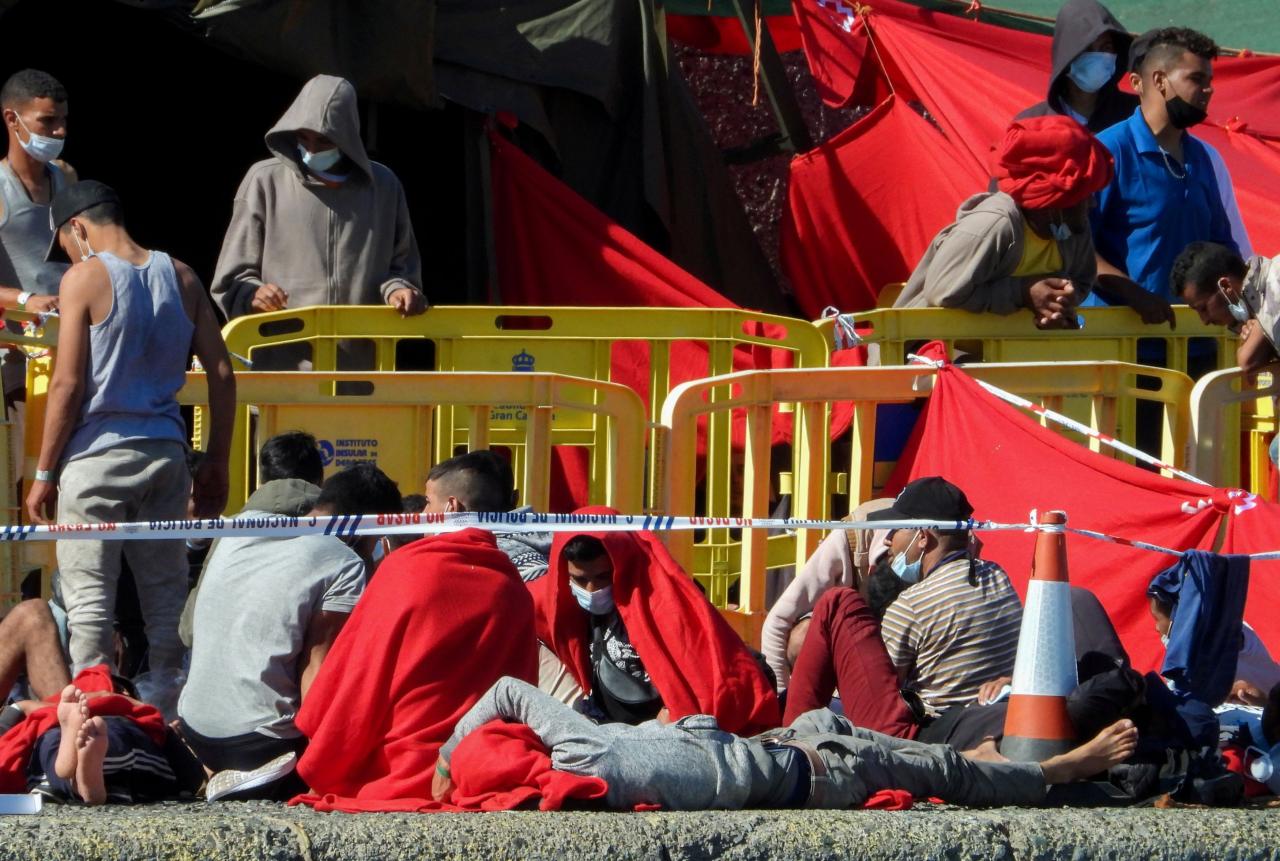 Smulders said that up to 10 tourism complexes in Gran Canaria hosting migrants could continue doing so for a couple more months but that the government and EU must find other solutions, such as using military facilities.

"We cannot allocate more tourism complexes (to this)," he told Reuters, adding that the archipelago cannot "become the reception centre for the whole of Europe."

Nigel | about 1 year ago

You can not blame the immigrants they don't understand Spanish and I doubt the Cararies new covid laws are printed in French or English and circulated in W Africa. However the new laws, they are successfully keeping the tourists out!

Andrew | about 1 year ago

Look at the pictures, almost all young men of working age. They have passed through numerous safe countries including the final country Morocco which is a very safe country. Why dont they stay there?? These people are economic migrants. Spain cannot afford to take them as it has enough unemployed and economic problems already. I am sure a bunch of Liberal lefties will come on and abuse me. Before you do that, I studied Economics at the LSE and took a module in economic migration, I know what I am talking about.

Adam Ostenfeld | about 1 year ago

Now you may feel a bit BAD about not listening to ITALY as they were saying the same thing but for the last 5 years !!!!!