The arrival of The Three Kings was broadcast live on IB3

The Three Kings arrived in Mallorca on Tuesday and toured various towns and villages throughout the day, much to the delight of children all over the Island.

The event was adapted this year because of the coronavirus restrictions; IB3 broadcast the arrival of The Three Kings live and some of the routes across the Island were extended so that more children could see them. 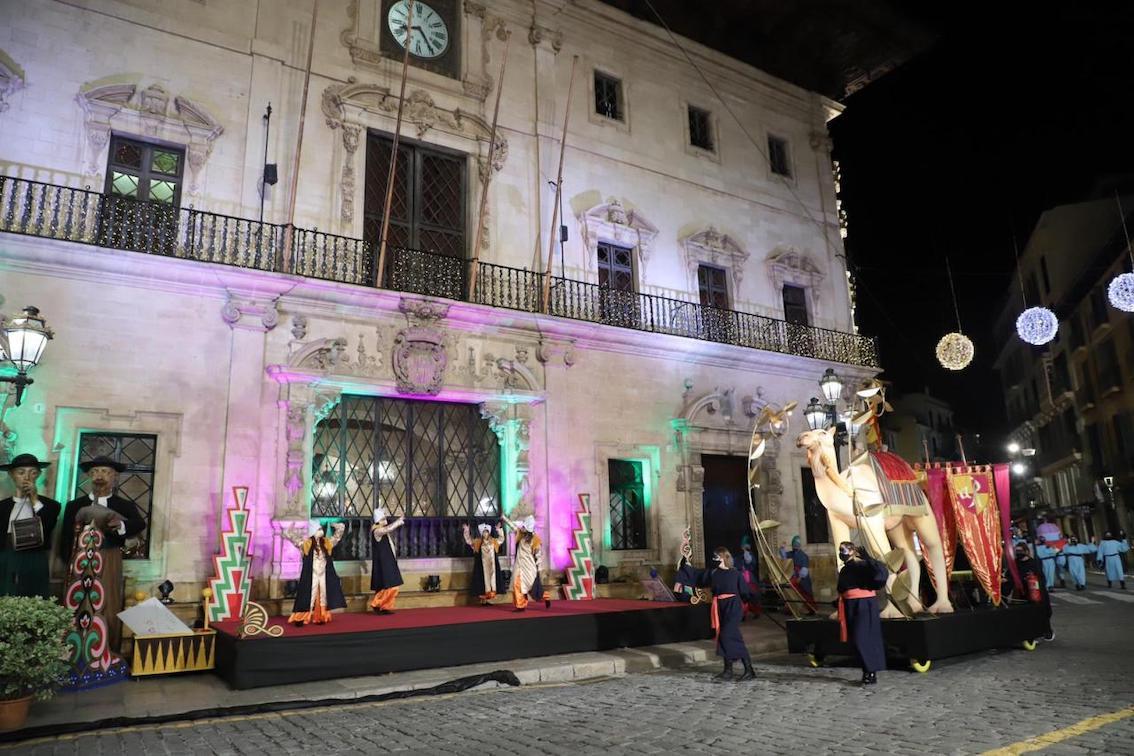 Their majesties eventually arrived at Moll Vell in Palma at 19:00 where they were received by City Officials.

Fireworks were launched in Parc de la Mar to let everyone know The Three Kings were in the capital, then their majesties climbed the steps of La Seu and joined their royal floats. 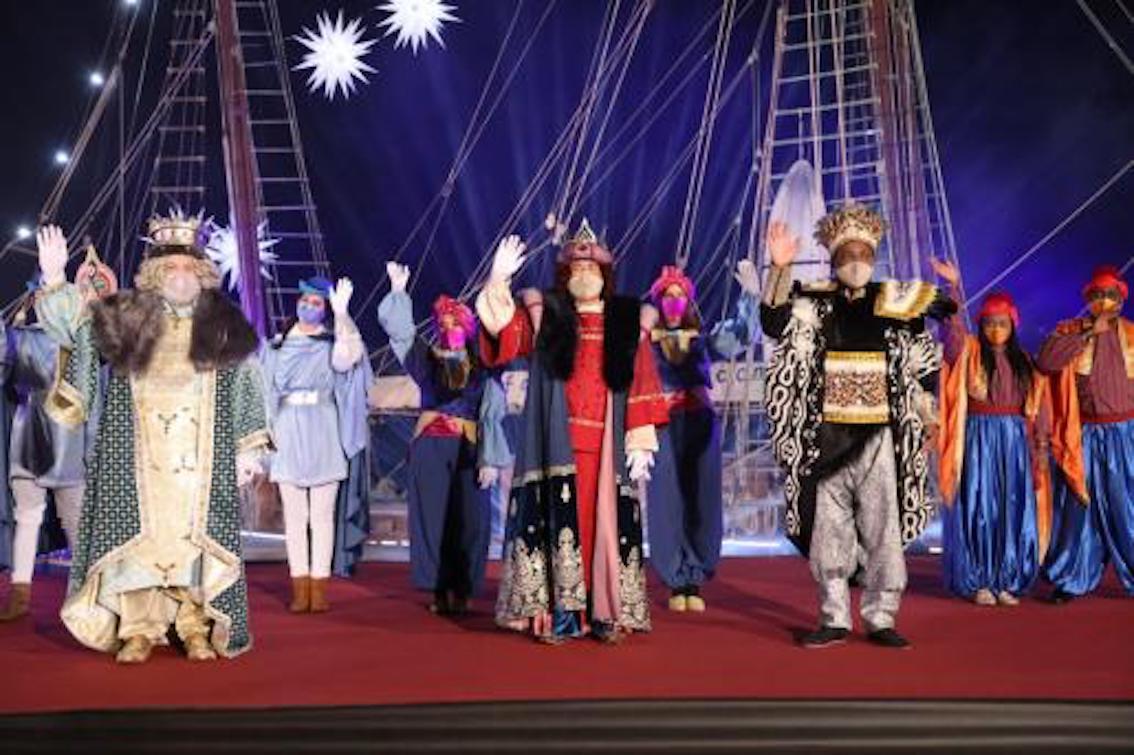 The parade travelled to Plaça de Cort via Carrer del Palau Reial where a stage had been installed for dancing and musical performances.

The public were not allowed to gather on the streets of Palma this year to watch the parade because of the risk of spreading Covid-19 and a large number of Police Officers were deployed in the city centre to stop crowds gathering. 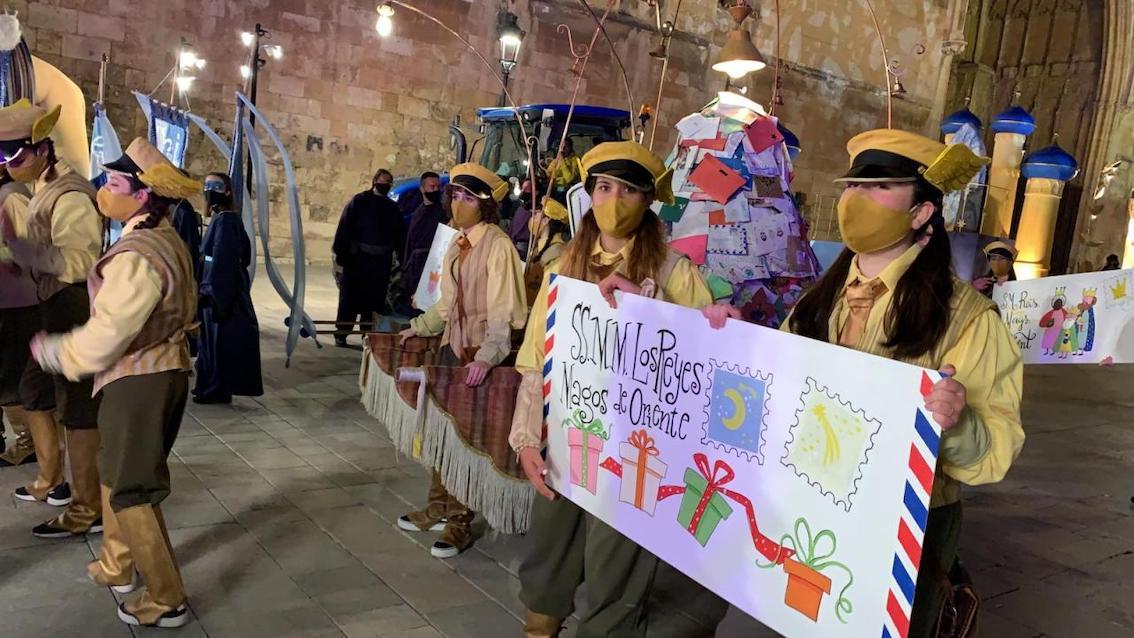 Several artists performed in the streets as the parade made its way to Plaça de Cort, including members of the Stromboli Circus, students from The Royal Factory Dance Academy and dancers from the Angela Bruno School.

When the entourage arrived at the Town Hall, Palma Mayor Jose Hila, a child from the ONCE Foundation and ASPAS presented The Three Kings with the key to the city, then their majesties went up to the balcony to greet the boys and girls. 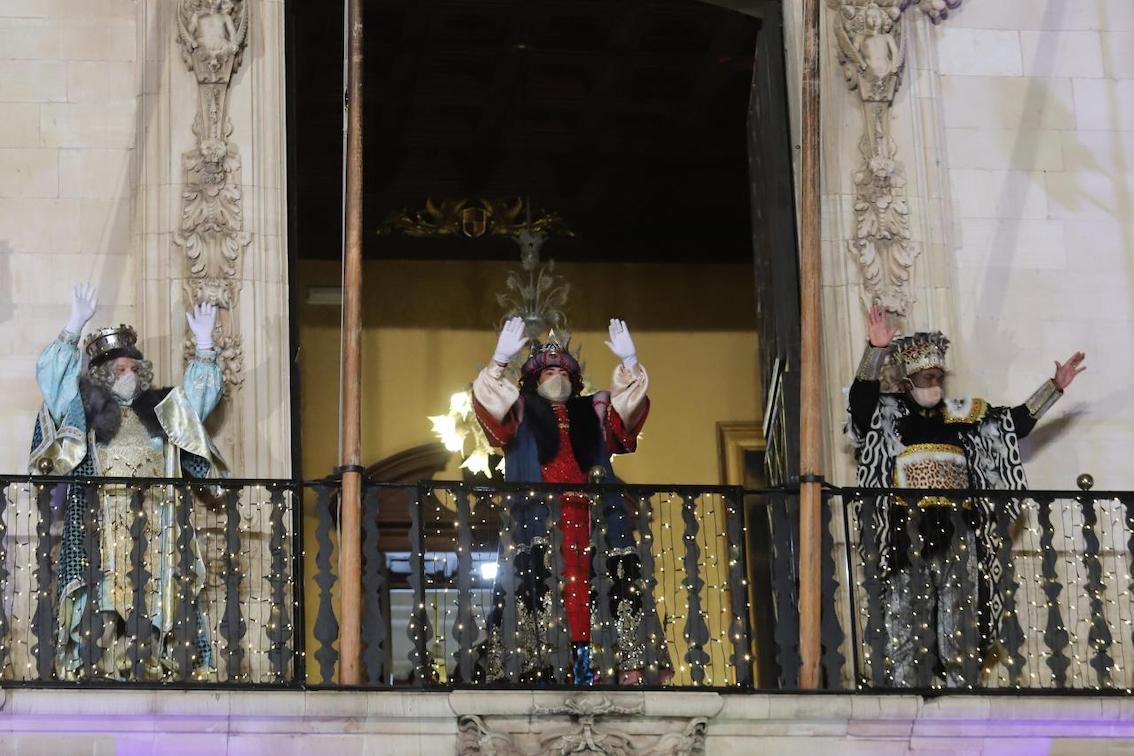 For the first time ever King Gasper sent a message to the children during his traditional greeting.

“Dear boys and girls; mums and dads, grandfathers and grandmothers; and all the inhabitants of the Balearic Islands; I, King Gaspar am very happy to have arrived in the city of Palma accompanied by Melchor and Baltasar,” he said.

“The road has been long and full of unforeseen events that we have all had to suffer these past months. We have had to wait a whole year for the opportunity to get closer to the Balearic Islands. On this special day we have managed to arrive, we are very happy and we come loaded with gifts. We have listened to your wishes and we have read your letters,” added King Gaspar. “We are bearers of joy and fun, but we have to remember that security measures must be respected. You’ve been very brave, both young and old, today there will be no coal, it is a night of joy. Bringing health is our great gift.” 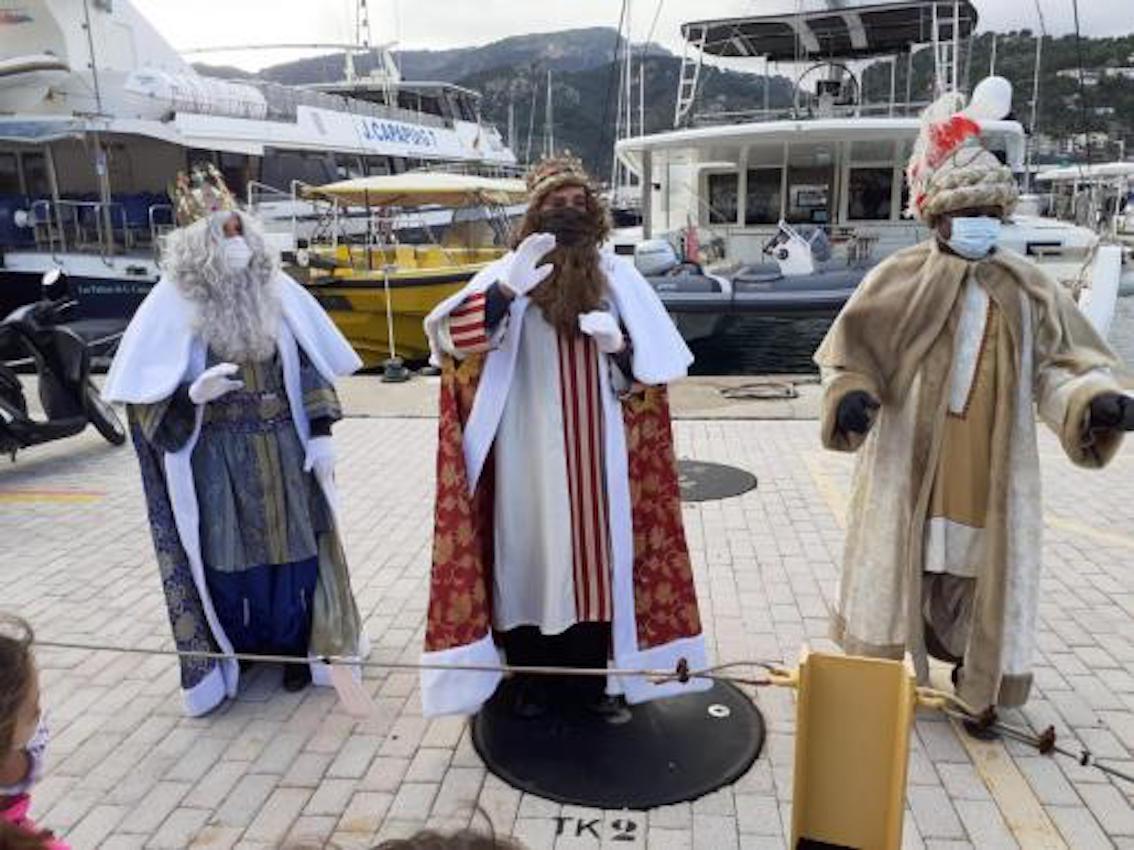 Earlier in the day, Melchor, Gaspar and Baltasar arrived in Puerto Soller where they walked the streets before travelling on to other Mallorcan towns and villages. 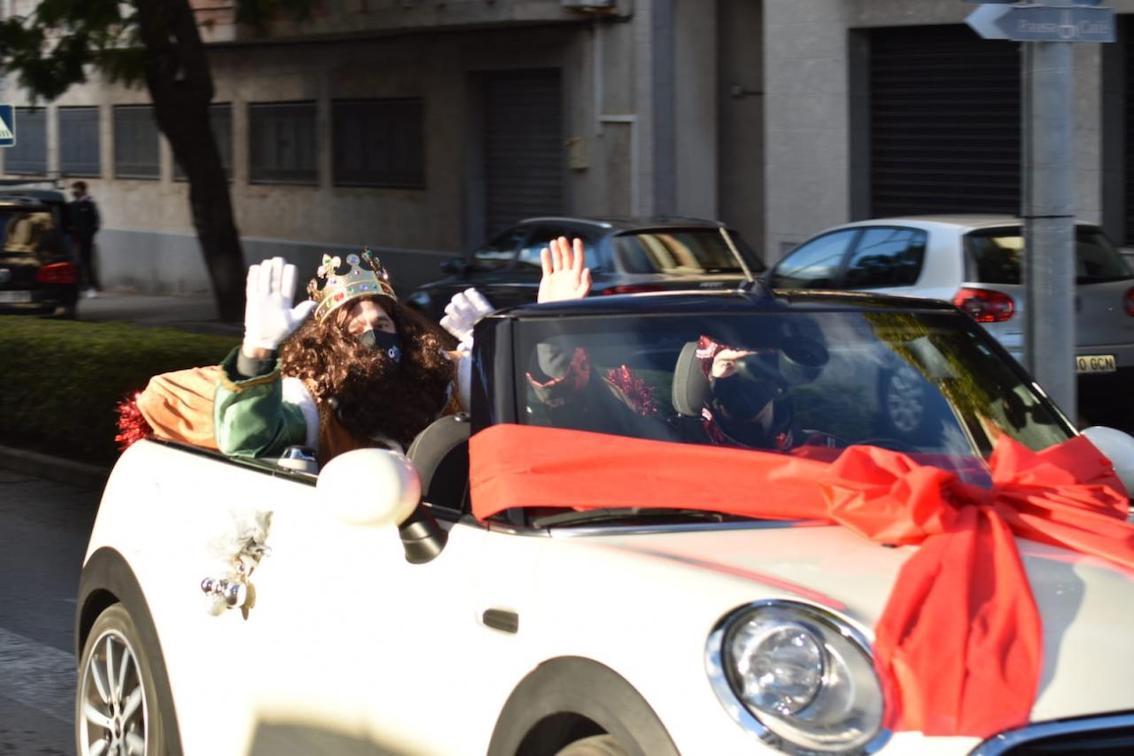 In some places they travelled by car so that the kids could see them from their windows and balconies.

It was without doubt an extremely magical day for the children of Mallorca, despite the strict coronavirus measures. 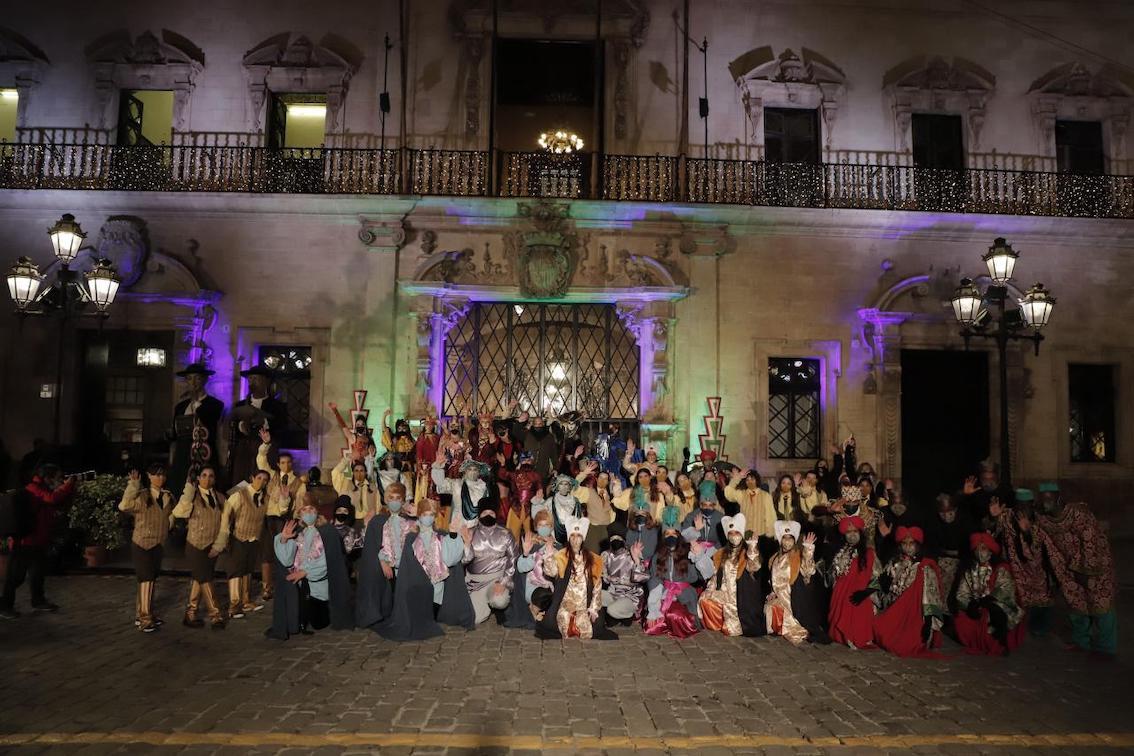