President Trump accused of inciting violence in the US

President Donald Trump has been accused of inciting violence after his call for supporters to march on Capitol Hill in Washington DC ended in violence. 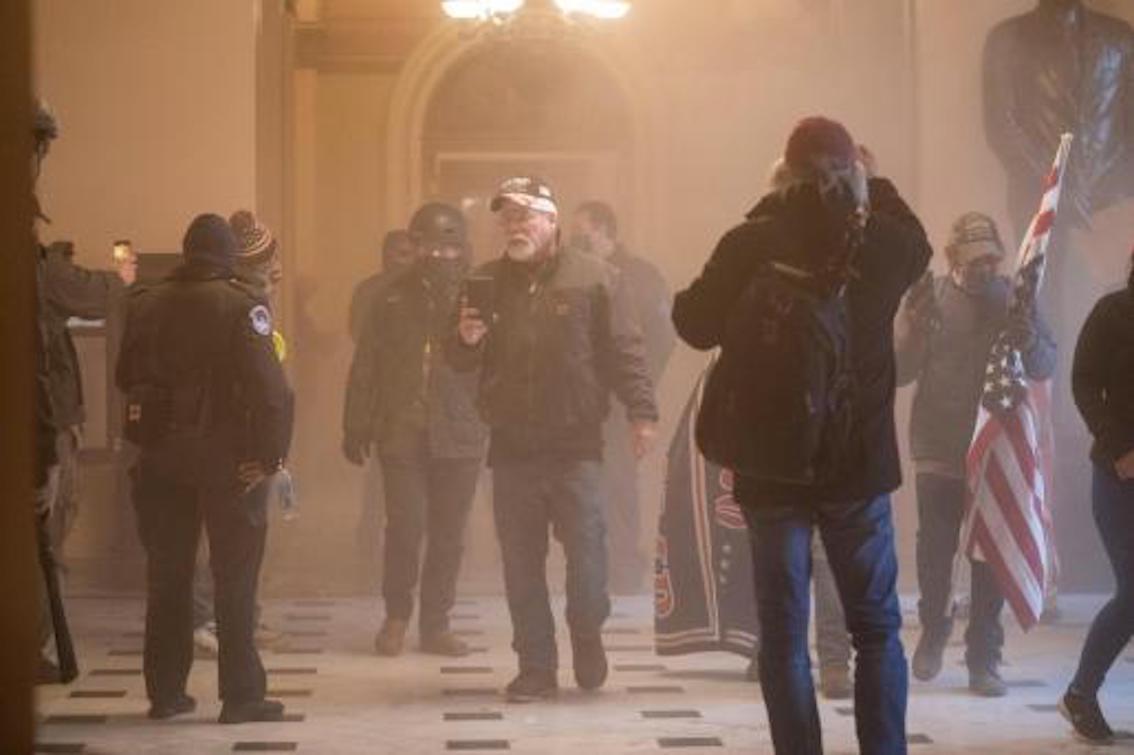 Hundreds of protestors wearing “Make America Great Again” hats and waving Trump flags stormed the US Capitol Building's security barriers, swarmed onto balconies and broke several windows while politicians were voting to formally declare Joe Biden as the new President of the US. 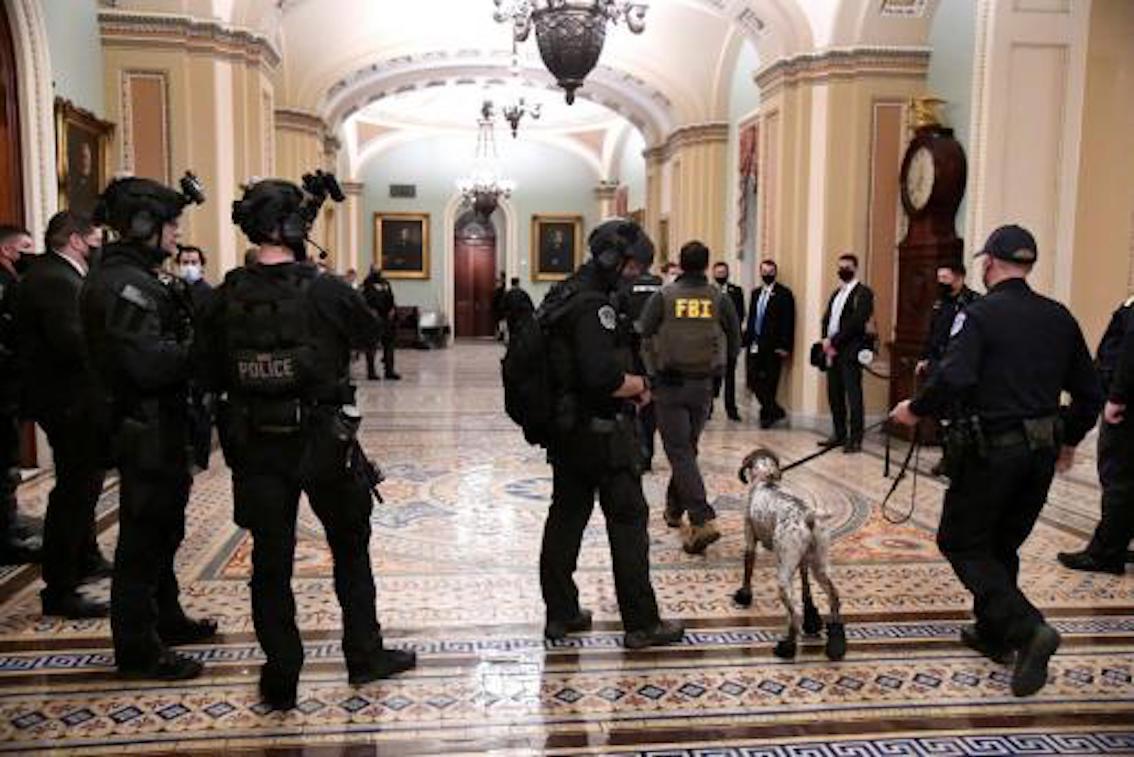 Thousands of Officers were deployed to the scene and the building was put under lockdown. Politicians cowered inside as violent clashes raged between Riot Police and demonstrators. 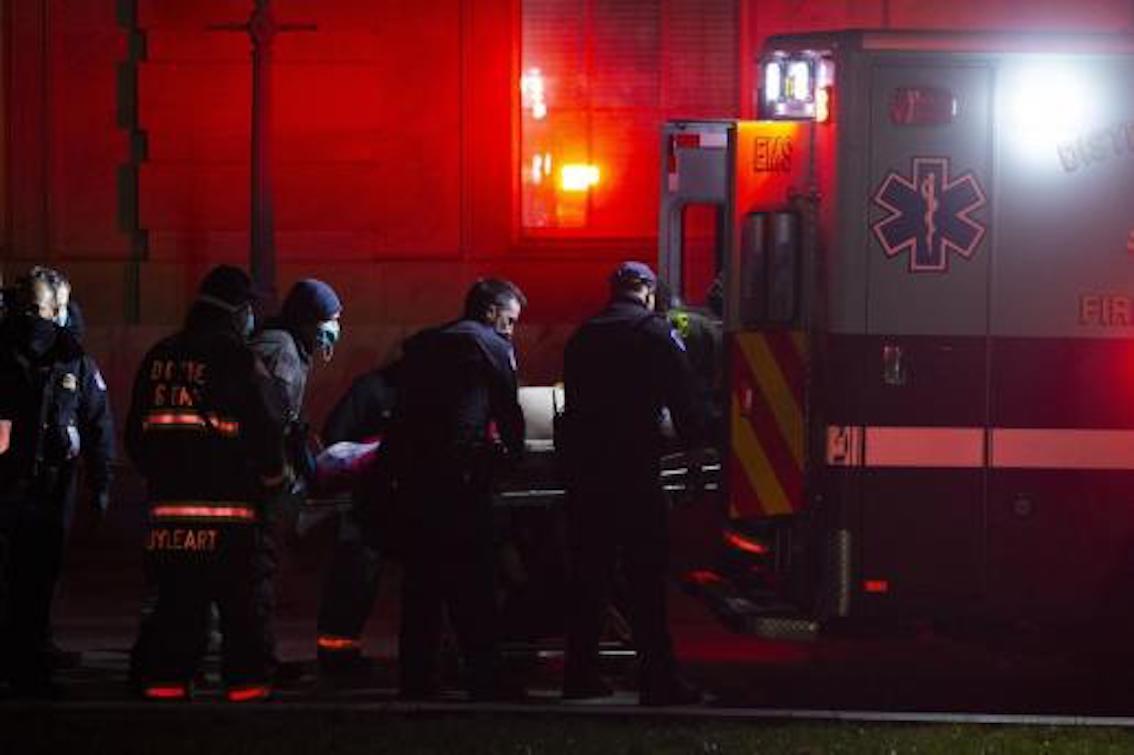 Four protestors died, several Officers were injured and dozens arrested during the confrontation. 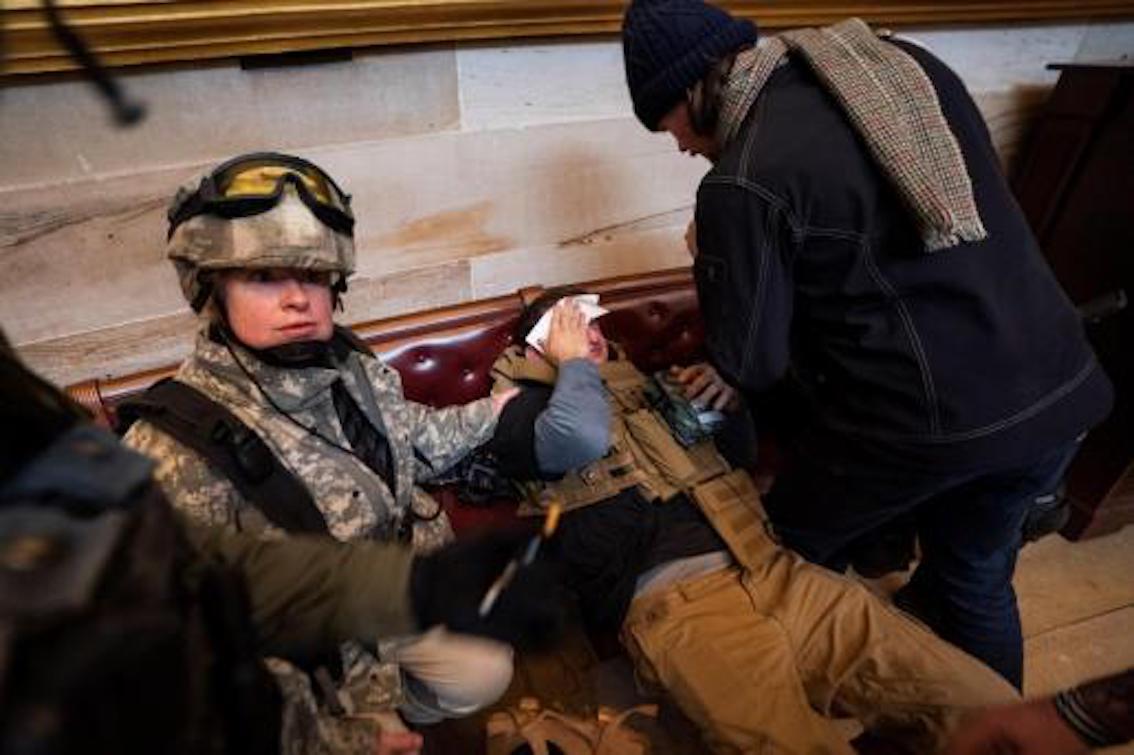 One woman was allegedly shot during a confrontation with Police after refusing orders to retreat and three others suffered what’s been described as “medical emergencies.”

Police reportedly found pipe bombs, molotov cocktails and a suspicious package near the scene of the riots. 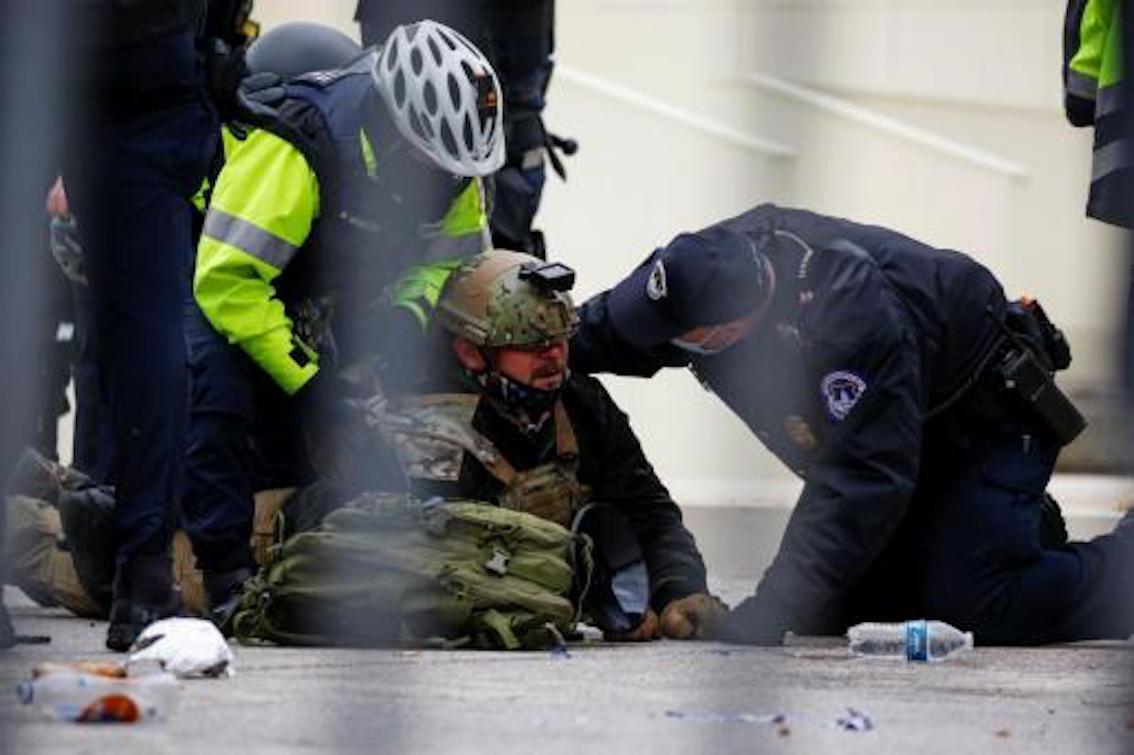 President Donald Trump uploaded video to social media websites telling demonstrators “Go home, We love you. You are very special” while repeating claims that the election was stolen from him. The videos have since been removed. 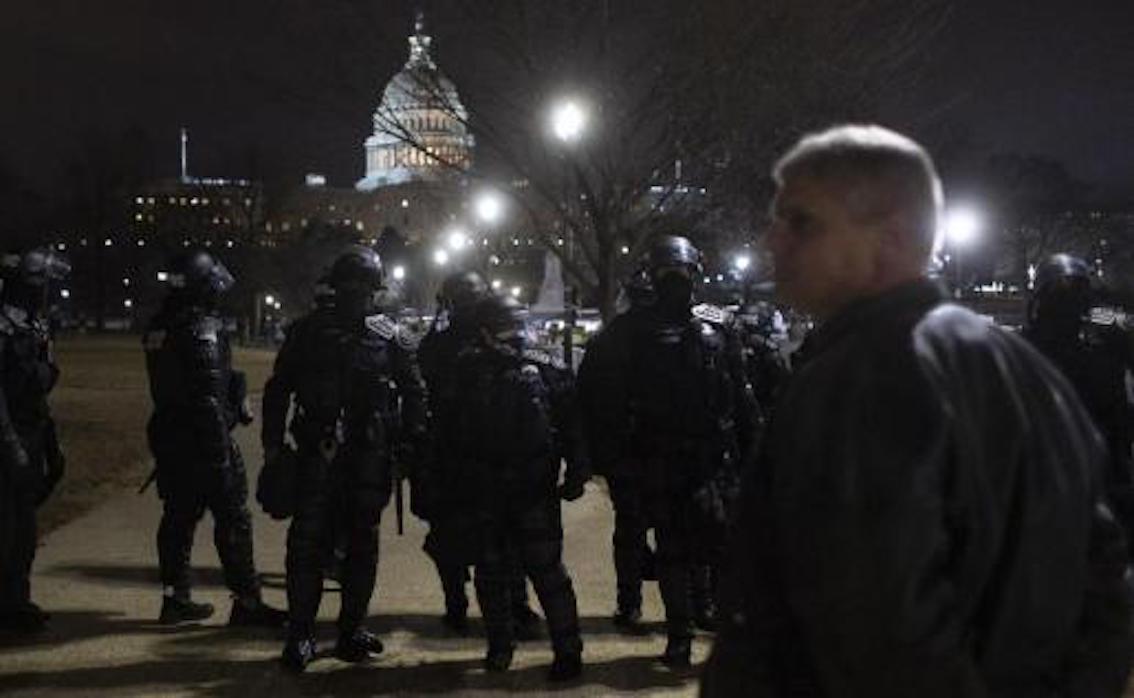 Only a few episodes left. I wonder how it ends?!??

Andy, I kinda agree with you, as Obama hardly achieved anything, except the über expensive Obamacare. As I said before, I am (well was) certainly not a Democrat voter. But just achieving something, doesn´t mean you can just do as you see fit and lie and bully your way through. The man is mentally ill and only cares about one thing: himself. That is what scares me most. And Trump is the reason Biden has won. Yes. 74 million Trump voters, but 80 million US voters to say: no more Trump. Anyway, he should be in jail for what he has caused. This is a criminal act what expired yesterday, invoked by only one person; Trump.

@Andy, First of all you are forgetting that anything Obama wanted and intended to do was disrupted by that Weasel Mich , and he a the s senate majority holder could stop Obama, which he did in more occasions than not. Secondly you do not take only the achievement of a president but the damage inflicted. Look at USA, laughing stock of the world, no respect at the moment. Look at damage he did due to his policies internal as well as external. Tax cuts for ultra wealthy (which Biden has said will over turn), look at the day he dealt with Corona Pandemic, His caging the children and separating them from their parents. UP to today some of these kids cannot be re united with their families. Look at his environmental policies,,, do I need to go on? Now they say he is mentally sick, an excuse to stop him being charged with sedition. Those who stopped his impeachment should be ashamed of themselves and only now at the eleventh hour the rats are jumping the sinking ship. Mike Mulvaney just resigned and according to him more resignation to follow. The world will breath more easy when he is drugged out of the WH

As a lifelong liberal democrat I am as disgusted by Trump as the next sane person, but Harry isn't wrong about Trump's enemies. Anyone who thinks they and their clones in other countries are virtuous saviours is in for a rude awakening over the next four++ years as further restrictions are implemented "for our own good." Across the globe now, this new Left has Big Tech and Big Pharma on their side (or rather vice versa), pushing for the Great Reset. I hope to be wrong about this but it's gotten harder to sleepwalk through life, lately.

Trump is great. He achieved more in 4 years than Obama did in 8.

@Yogi and Mark, Exactly, could not have said it better. It is worrying to see Harry's comment and Trump should be made to leave the office immediately. It is now transpired he asked National Guards to stay away. A self indulgent, egomaniac, cheating. self centred, corrupt guy. I am saying this admitting my very own delusion during his 2016 campaign, I was pro Trump. I thought electing a businessman rather than a politician would bring some sanity to the politics. I was so wrong, as it did nothing but increase the political insanity hundred times over.

I have voted Republican for 32 year, till I gave up my US citizenship 2 years ago. One of the tipping points for doing so was Trump. The man has divided the USA more than ever. I am certainly not a fan of the Democrats, not Biden for that matter. But what Trump has caused, is just a disgrace to the USA. I hope him and his whole family get arrested. This may not be now, but believe me, just give it some time till the crap the Trumps have pulled floats to the surface. Why you think he is so scared to lose. He knows what is coming. And he deserves it.

Harry. What comments exactly did they make that could be taken for incitement to violence? I assume you are talking about the BLM protests? Trump clearly has stoked, urged and incited this assault, as did others under his thumb by referring to “democracy by combat”. And to see the confederate flag being swung around the corridors sums this up completely. Seems they’ve not even accepted they lost the civil war! I doubt anything said by Biden at all compares. They only comparison that comes close is the radical incitement to jihad from so-called Imams. Trump should be legally over-ridden by Pence for the last weeks left and immediately upon his termination of presidency charged with treason. And to note that your comments are getting likes and Marks are getting negatives ( at the time of posting this) reflects something worrying indeed about the understanding and commitment to British and generally accepted Western Values ( as promoted by the British Govt). Tolerance, Respect for the Rule of Law, Respect of democracy and of Individual freedoms.

When the black lives matter were there, army, riot police, local police and anything with a gun was out there. Yesterday the doors were opened to the mob. But, justice will be served to Trump and his deluded cronies. This is terrorism.

Funny we didn’t see any headlines accusing Biden and Pelosi for inciting violence in Seattle, Portland, Los Angeles and New York this past summer.