Snow chains are needed on at least 200 routes in Spain

Ten provinces are on alert, hundreds of drivers are trapped in snowdrifts and flights are grounded after Storm 'Filomena' slammed into Spain.

Heavy snow brought Madrid to a complete standstill by Friday afternoon and even the main streets in the centre of the capital were clogged.

More than 430 main roads and 50 secondary roads have been affected by the storm and snow chains are needed on at least 200 routes on the Peninsula, according to the Directorate General of Traffic or DGT.

Weather warnings have been issued for Castilla-La Mancha, Madrid, Valencia and Aragon and drivers are being advised not to travel and to check tyres, brakes, water and antifreeze if they really have to go out on the roads.

The Madrid 112 Security & Emergency Agency said on Saturday that vehicles are starting to move in some parts of the Community of Madrid but warned “there is still a lot of work ahead.” 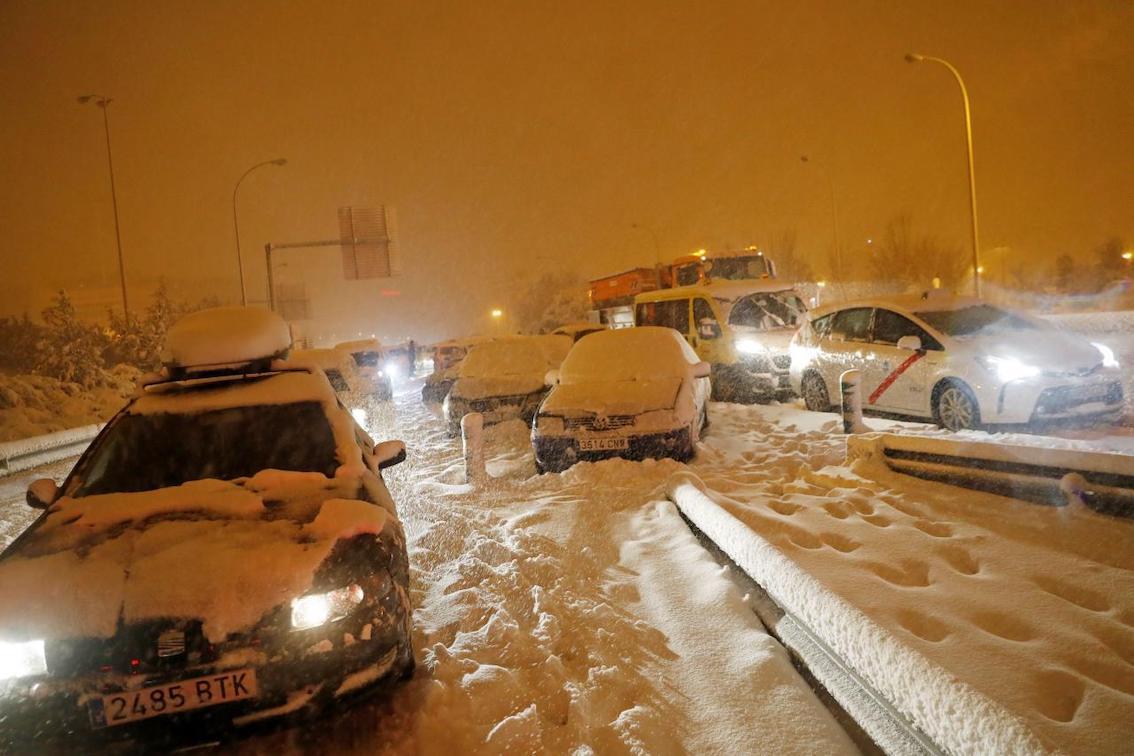 According to the Madrid Emergency Service Twitter account, Emergency Logistics Response Team of Emergency Civil Protection Volunteers, or ERIVE, are distributing blankets to drivers who are stuck on the M607.

The Military Emergency Unit, or UME is helping to rescue people who are trapped in vehicles in Madrid and several fire stations in the capital are dealing with incidents on regional roads.

It’s been bitter cold for the last two days and on Saturday morning the temperature dropped to -17.3ºC in Reinosa in Cantabria; -14.3ºC; in Villablino in León; -12.3ºC in Benasque in Huesca; -11.9ºC in Naut Arán-Arties in Lérida and -11.5ºC in Palacios de la Sierra in Burgos, says Aemet Spokesperson, Rubén del Campo.

“Temperatures of -20ºC have been recorded in the last two days at high altitudes in the Pyrenees, the Cantabrian mountain range and the Iberian system,” said del Campo, “but those stations don’t belong to the official AEMET network, so the data "is not of an official nature".

More heavy snowfall is expected in central regions of the Peninsula and the interior of the eastern third of the country on Saturday and a red warning has been issued for extreme risk in 10 provinces, according to Aemet.

"The most remarkable thing will undoubtedly be the snowfall that will spread through many areas," said del Campo, who’s predicting “more than 20 centimetres of snowfall in large areas of the centre of the Peninsula and more than 40 centimetres in the mountains."

More than 10 centimetres of snow is forecast in Teruel, east of Castilla-La Mancha, Valencian and northeastern Andalusia and at least 3 centimetres in central and northern areas and in Madrid.

During the day the mercury will struggle to top -5ºC in much of the interior and will be well below zero in mountainous areas.

A total of 47 provinces and Ceuta will be at risk on Saturday because of Storm Filomena. 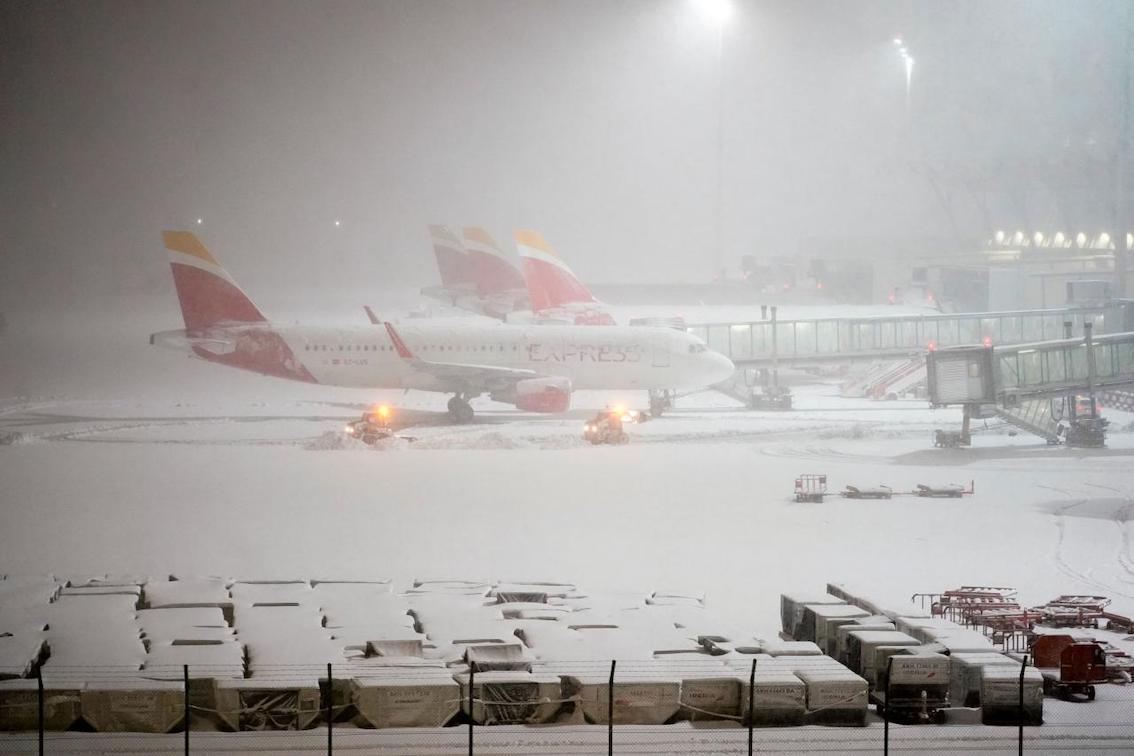 A Yellow alert has been issued for stormy seas and high waves in A Coruña, Tarragona, Girona, Barcelona, which will be yellow in Asturias, Comunidad Valenciana, Ceuta, Murcia, Almería, Cádiz, Castellón, Granada, Málaga, Lugo, Pontevedra, Mallorca, Menorca, Ibiza and Formentera.

Some people have been making the most of the snow and uploading photos and videos to social media websites of a very surreal Madrid, including footage of Francisco Javier Talanco on a sledge being pulled by 5 huskies.