Snow near the Hospital La Paz in Madrid. | David Fernández

The Spanish government will send convoys carrying the COVID-19 vaccine and food supplies on Monday to areas cut off by Storm Filomena which brought the heaviest snowfall in decades across central Spain and killed four people. 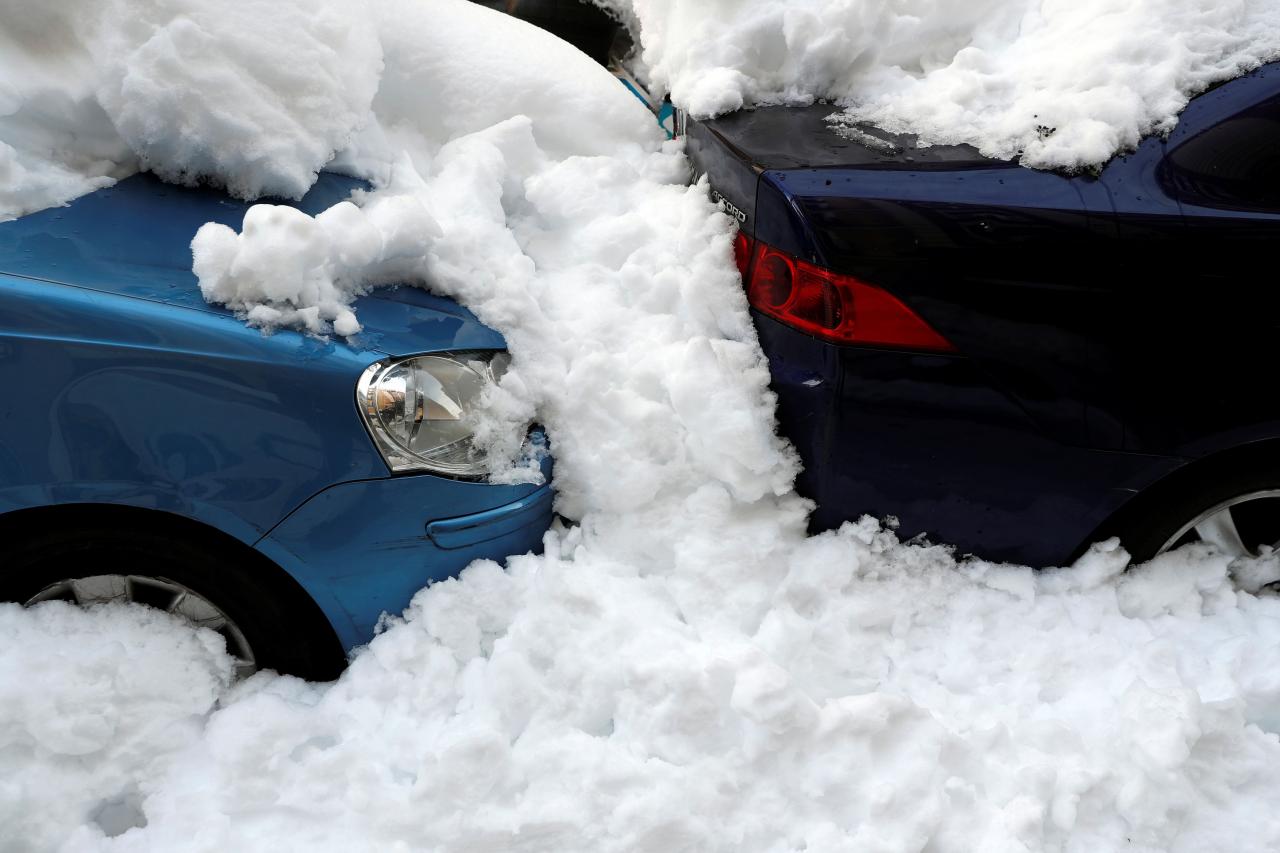 Across central Spain, over 600 roads were affected by the rare blizzard and hundreds of travellers were stranded at Madrid's Barajas airport, which closed on Friday but reopened gradually on Sunday.

Forecasters warned of dangerous conditions in the coming days, with temperatures expected to fall to up to minus 10 Celsius (14 Fahrenheit) next week and the prospect of snow turning to ice and damaged trees falling. 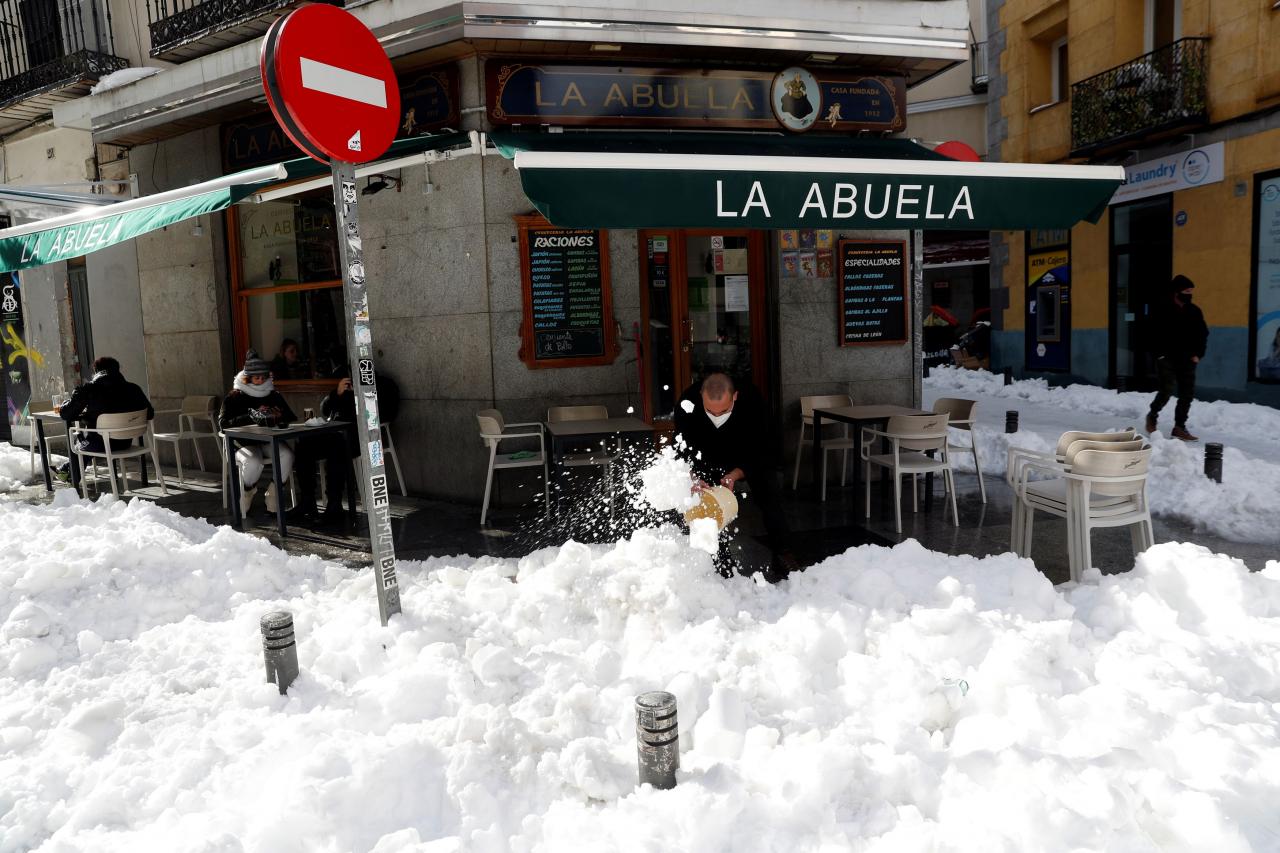 "The commitment is to guarantee the supply of health, vaccines and food. Corridors have been opened to deliver the goods," transport minister, Jose Luis Abalos, said on Sunday.
While some Madrid residents made snowmen or skied through the streets, others volunteered to clean up.

"Health staff have been working (hard) for more than a year and this is just a short moment for us, so as citizens, we are trying to help; it is everyone's responsibility," said Fernando de la Fuente, 60, who cleared the entrance to Gregorio Maranon Hospital. 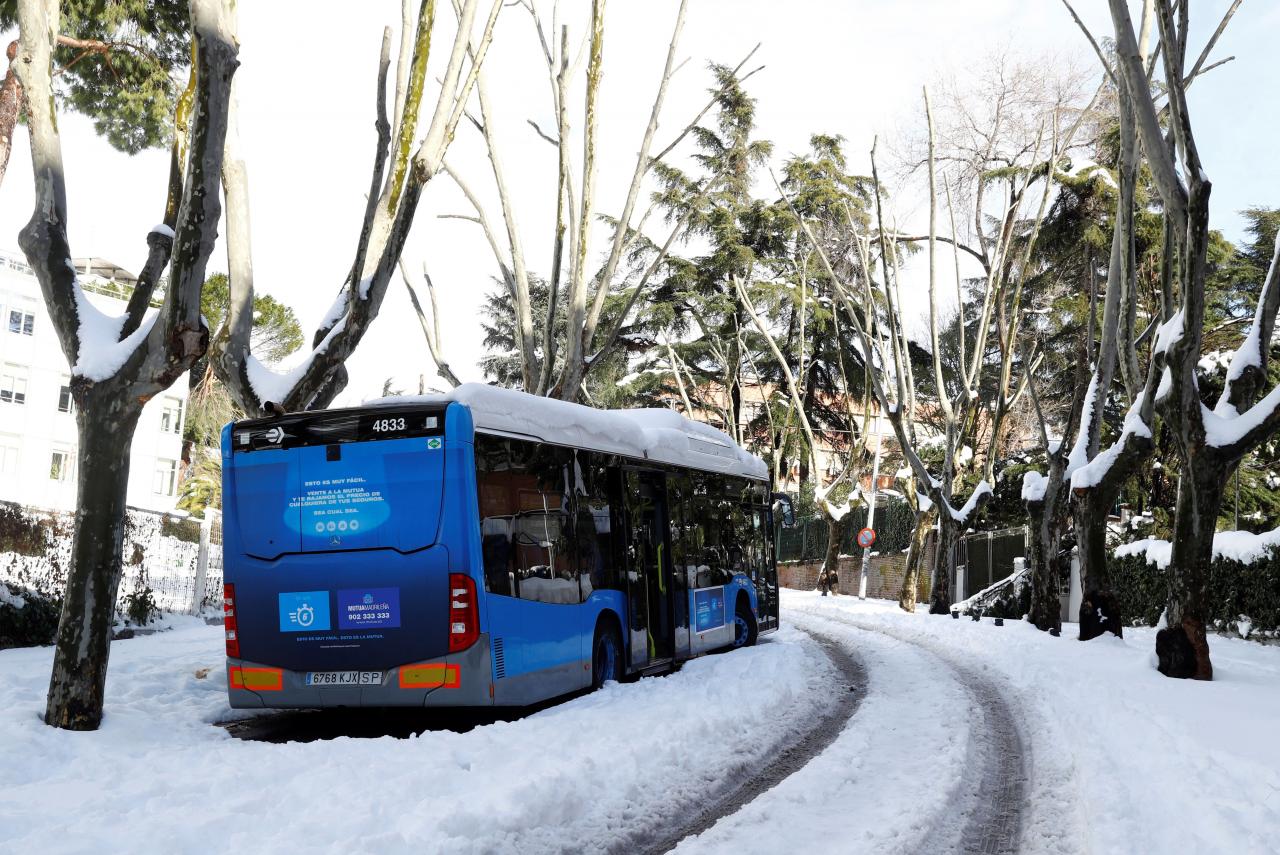 Dr Álvaro Sanchez walked 17 km (10.5 miles) through the snow on Saturday to work at a hospital in Majadahonda, prompting owners of 4x4 vehicles to give health workers lifts to work.

One man and a woman who were in a car drowned after a river burst near Malaga in the south, while two homeless people froze to death in Madrid and Calatayud in the east, officials said. 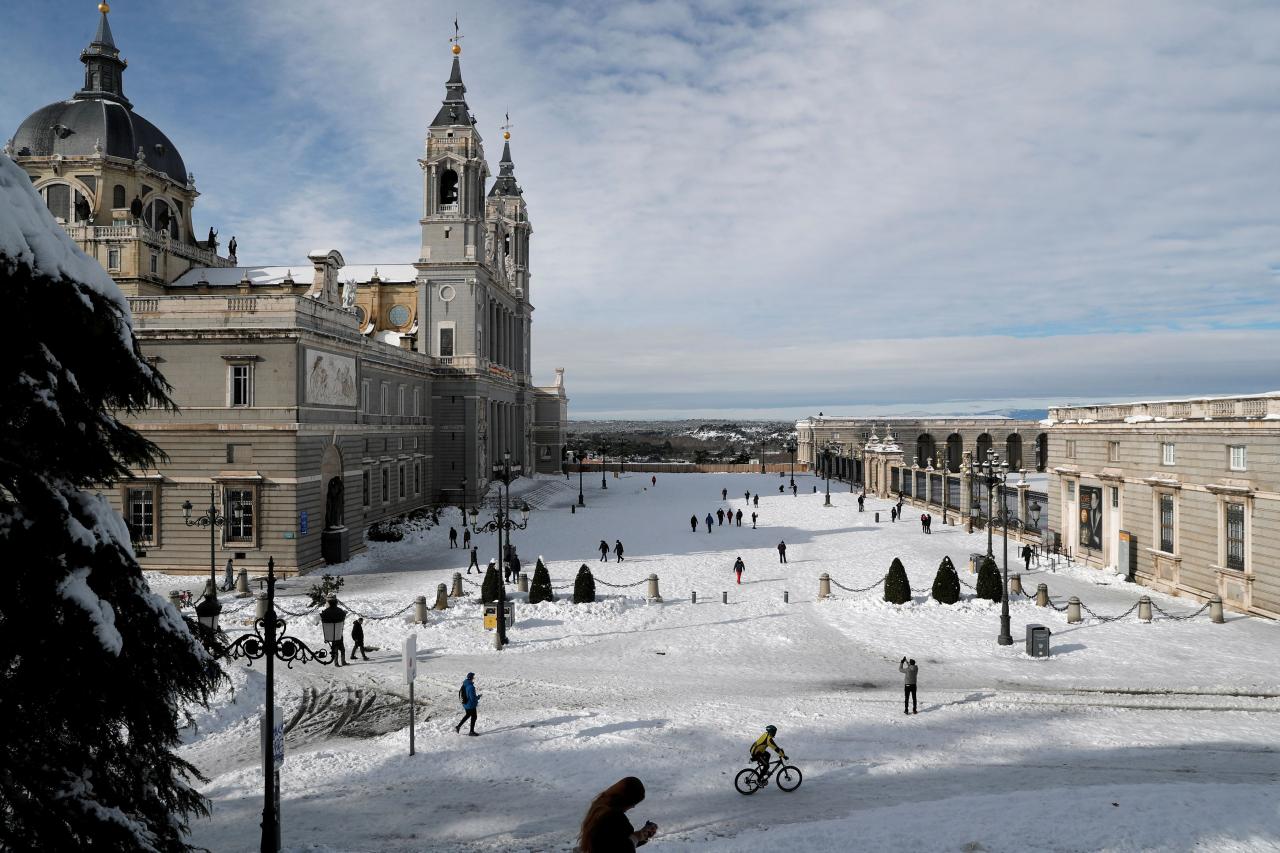 Train services from Madrid, which have been cancelled since Friday, resumed on Sunday.
The State Metereological Agency (Aemet) said up to 20-30 cm (7-8 inches) of snow fell in Madrid on Saturday, the most since 1971.