As many as 2,000 vehicles and 1,000 people on foot took part in Friday's protest in Palma against the closure of bars and restaurants. 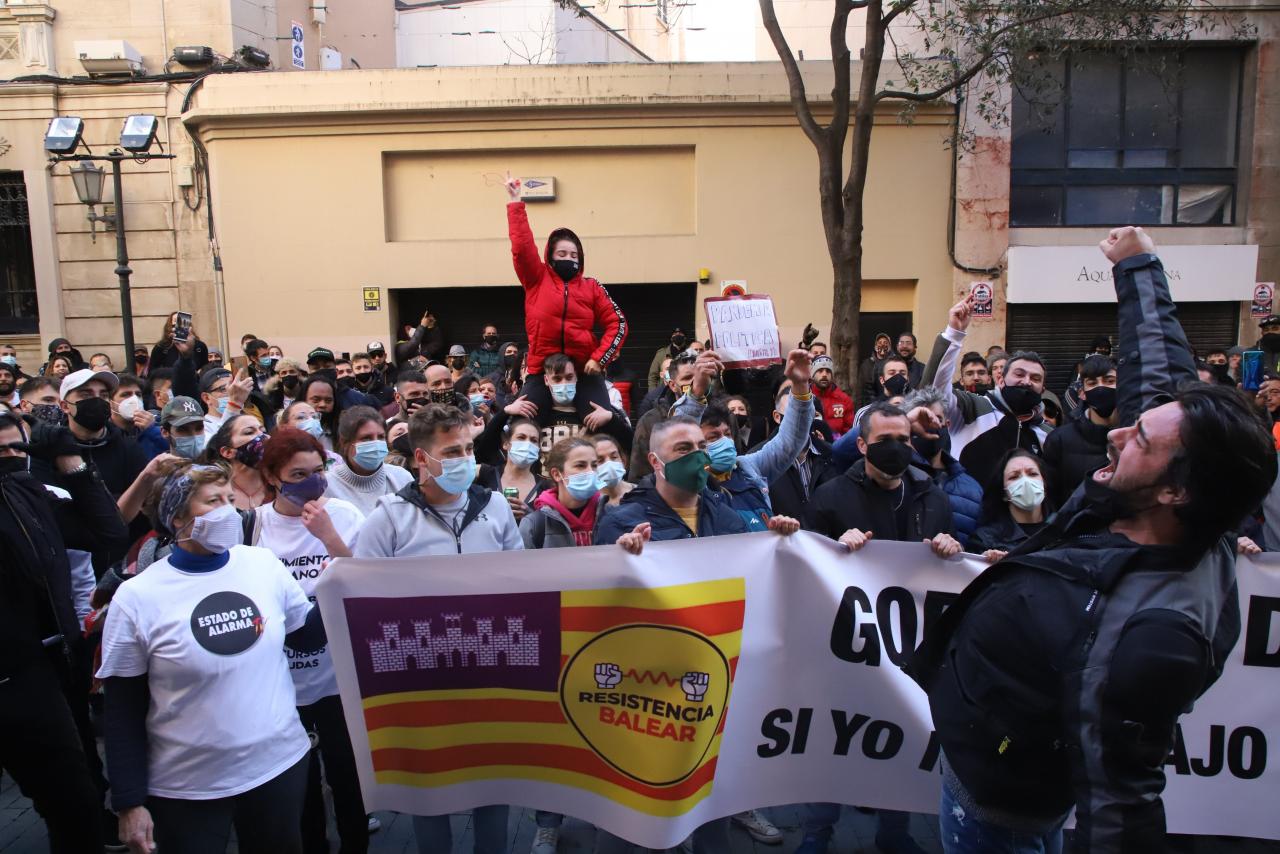 The caravan of vehicles had been authorised by the national government delegation in the Balearics, but a demonstration on foot had been expressly prohibited. The cars, honking their horns, departed from Parc de la Mar, passed through the city centre and then by the Consolat de Mar government headquarters on the Paseo Sagrera. The protesters on foot were initially prevented from continuing to the Consolat de Mar. Four palm trees had come down in the strong winds, and the police then held people back while the vehicles passed. 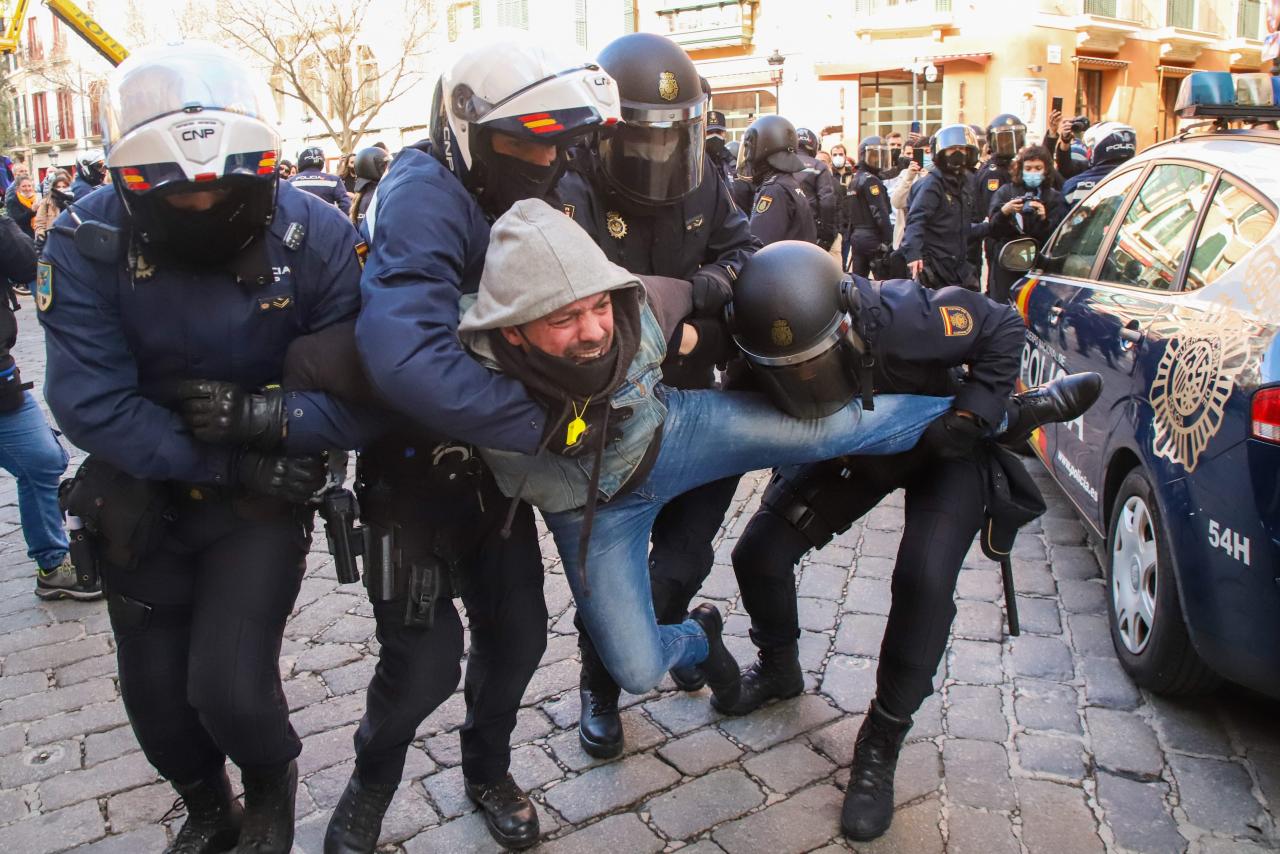 The demonstration passed off without incident. Spanish and Mallorcan flags were waved, there were banners demanding the resignation of the government and shouts that President Armengol be sent to prison. 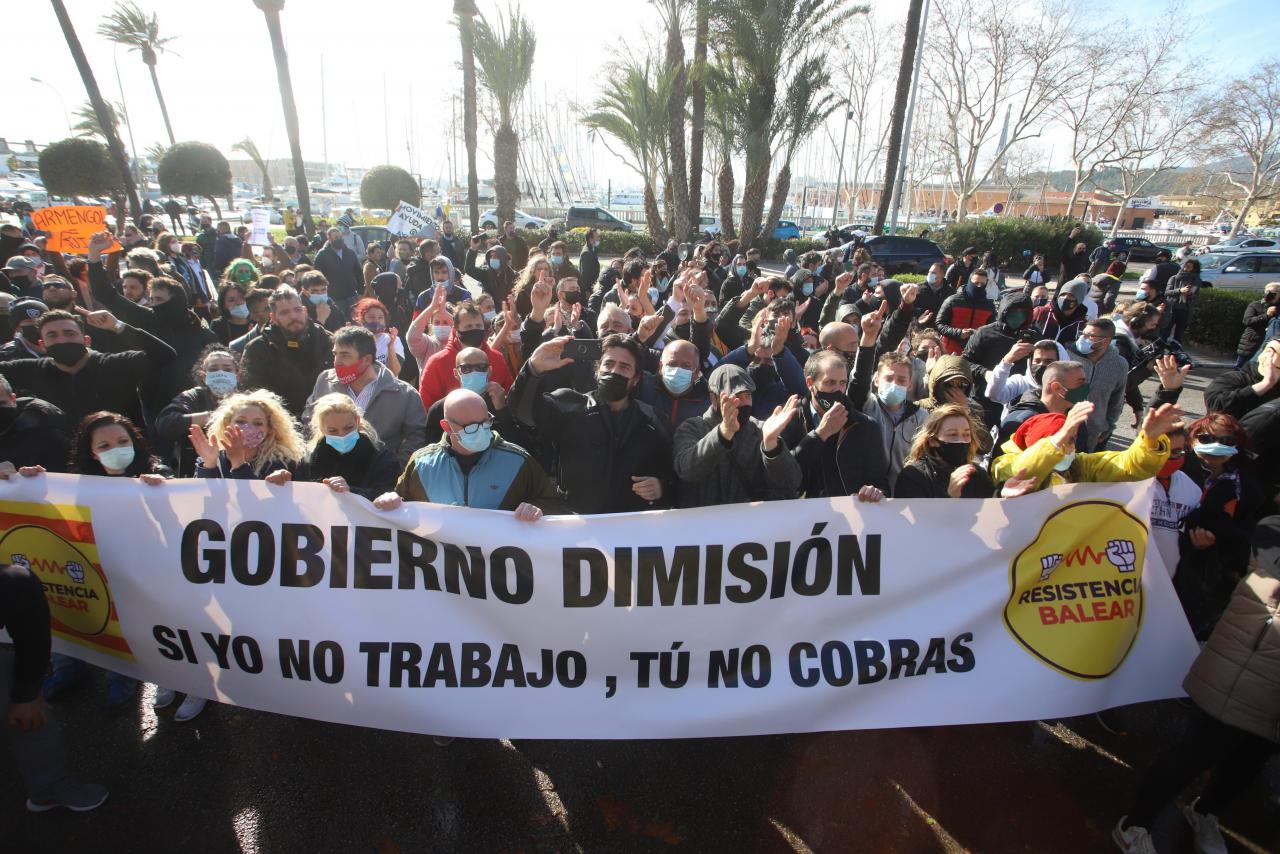 Not all the protesters were from the hospitality sector. The leader of Vox in the Balearics, Jorge Campos, was among the drivers. There were also some 'deniers' shouting "vaccines kill". 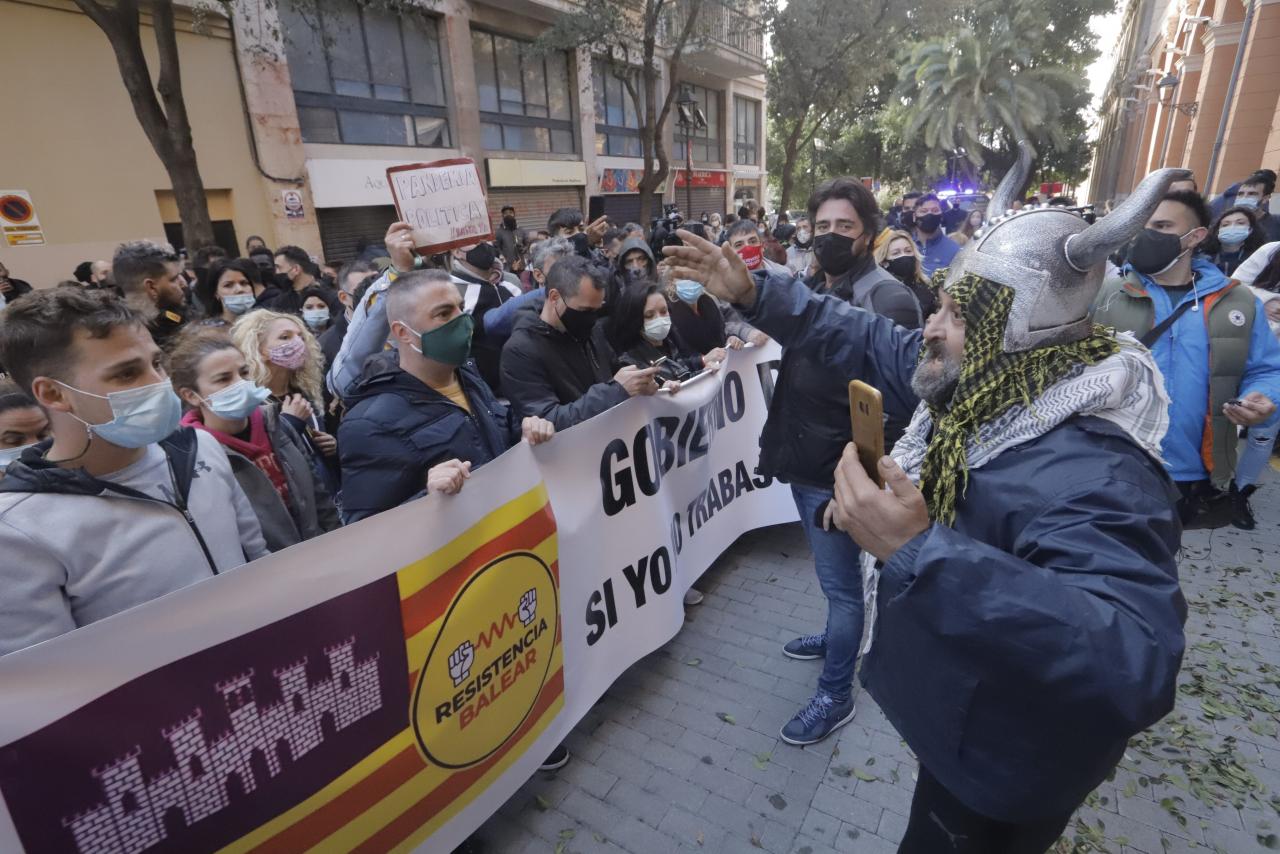 The main organiser of both this protest and the one staged last week, Victor Sánchez, said that they demanded to be allowed to open their bars and restaurants. In reference to Jorge Campos, he added that anyone who wanted to protest was welcome to but stressed that it was "apolitical". "We don't have party colours. What we want is to work, and they are prohibiting us." 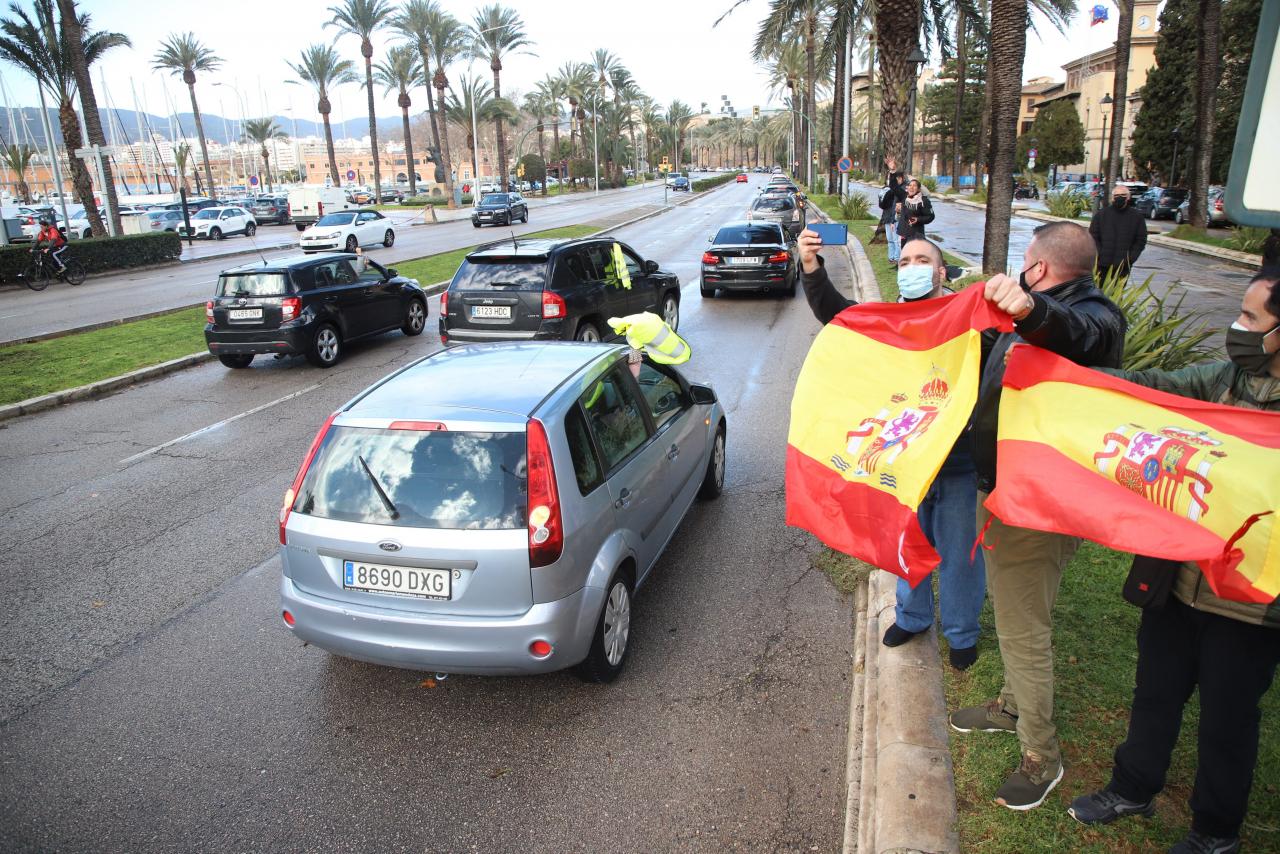