EC says Balearic Islands should be in Isolation

The Balearic Islands should be in isolation according to new criteria set by the European Commission.

The average for Spain as a whole is 774 which also exceeds the threshold, according to the Ministry of Health.

Given the high risk associated with new, highly contagious variants of coronavirus, the European Commission is proposing that travel to and from areas with a cumulative incidence of more than 500 cases per 100,000 inhabitants in 14 days be avoided at all costs.

The Commission wants to tighten restrictions to curb the spread of the virus and has called on Member States to discourage non-essential travel until the situation improves.

"The first recommendation is not to travel," said Swedish Socialist Commissioner Ylva Johansson at a press conference in Brussels to present the details of a proposal that has already been put forward by European Commission President Ursula von der Leyen.

The few that are below the threshold are, Asturias with 494, Navarre with 471, the Basque Country with 457, Cantabria with 411 and the Canary Islands with 189. 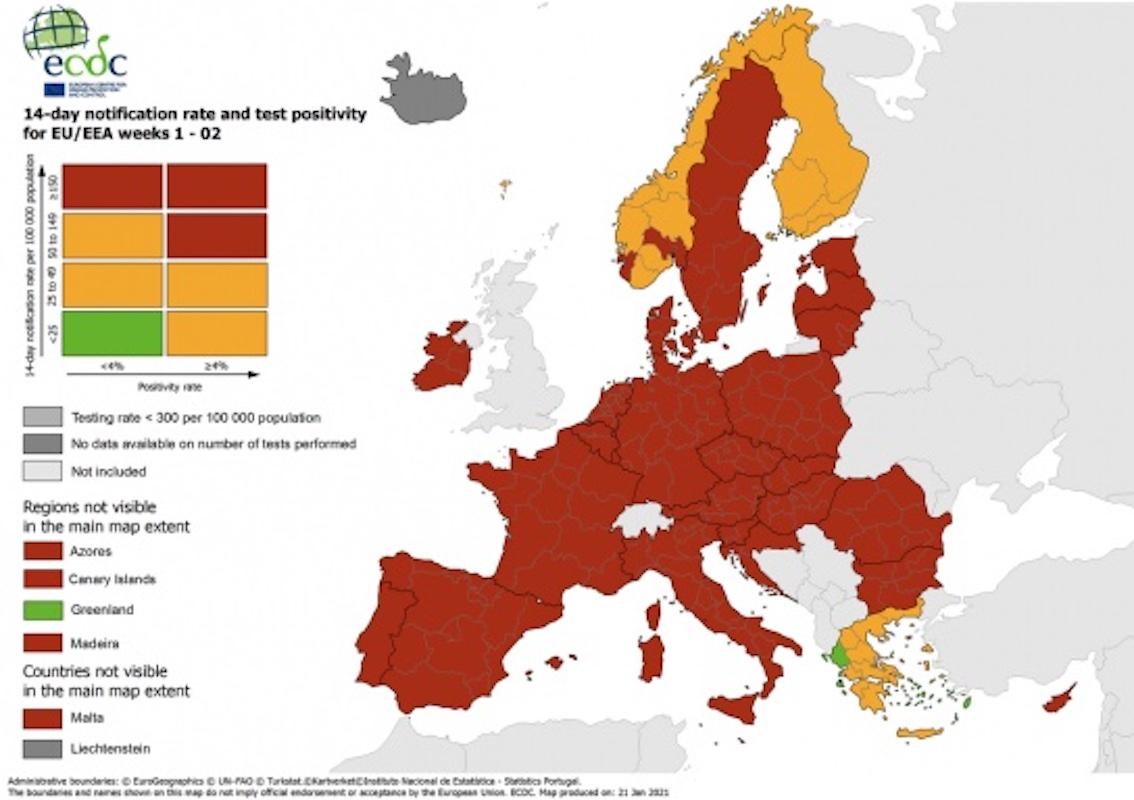 The European Commission has called for the creation of a new "dark red" category on the risk classification map published periodically by the European Centre for Disease Control & Prevention or ECDC, to identify areas most at risk of exceeding 500 new infections per 100,000 inhabitants. If a fourth colour is added, at least a dozen countries would be dyed dark red, including Spain.

Should the Balearics be isolated to contain coronavirus?

If only the EC had taken decisive action when Covid-19 first broke onto the European mainland in late 2019/early 2020. Their lack of leadership was unforgivable.

Johny | about 1 year ago

The EC dont know what they are talking about, Its better that they fokus on faster vaccination programs or the whole EU will suffer of a major economic disaster that Will take them atleast 20 years to maybe come to the normal. To isolate countries will be a disaster