Mural by Mallorcan painter at the centre of Palma controversy

The City Council has reportedly said the artwork is too striking

Viewing of the mural on the Hotel Son Armadans in Palma. | Youtube Última Hora

A mural by a famous Mallorcan painter on the façade of a hotel in Palma is causing a whole heap of controversy.

First, there appears to be some disagreement over whether or not the Hotel Artmadans building is protected and second, the City Council isn't happy about the mural. 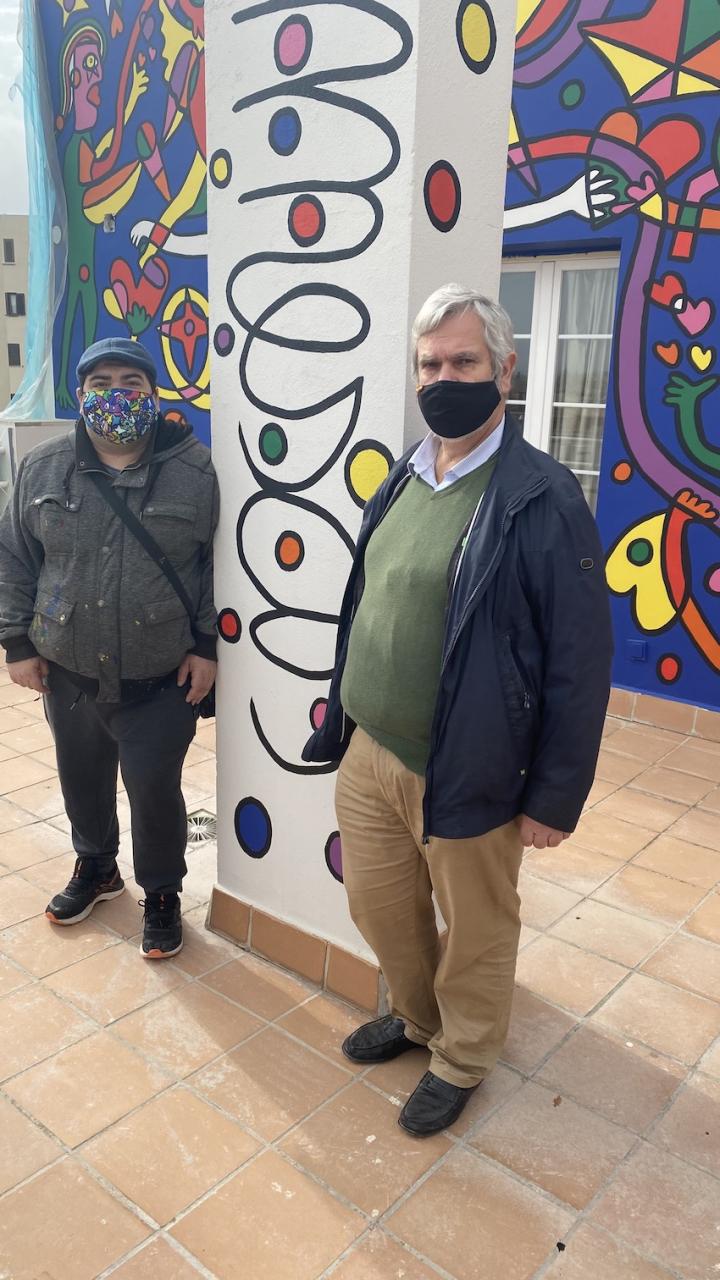 Hotel Artmadans is owned by Jaime España who insists that the building is not protected and explains that it was originally the Dr Grau maternity clinic, then when it was renovated in the 1980’s, a swimming pool was added, the access to Calle Marqués de la Senia was changed and it was turned into a 2-star hotel.

"We bought it at the end of 1997, requested and obtained the Municipal licence to expand and reform the building and update the necessary facilities to make it into a 4-star establishment and we opened in August 2000,” he says. “If the building was protected the Ajuntament would not have authorised the reforms, the expansion or the façade modifications.” 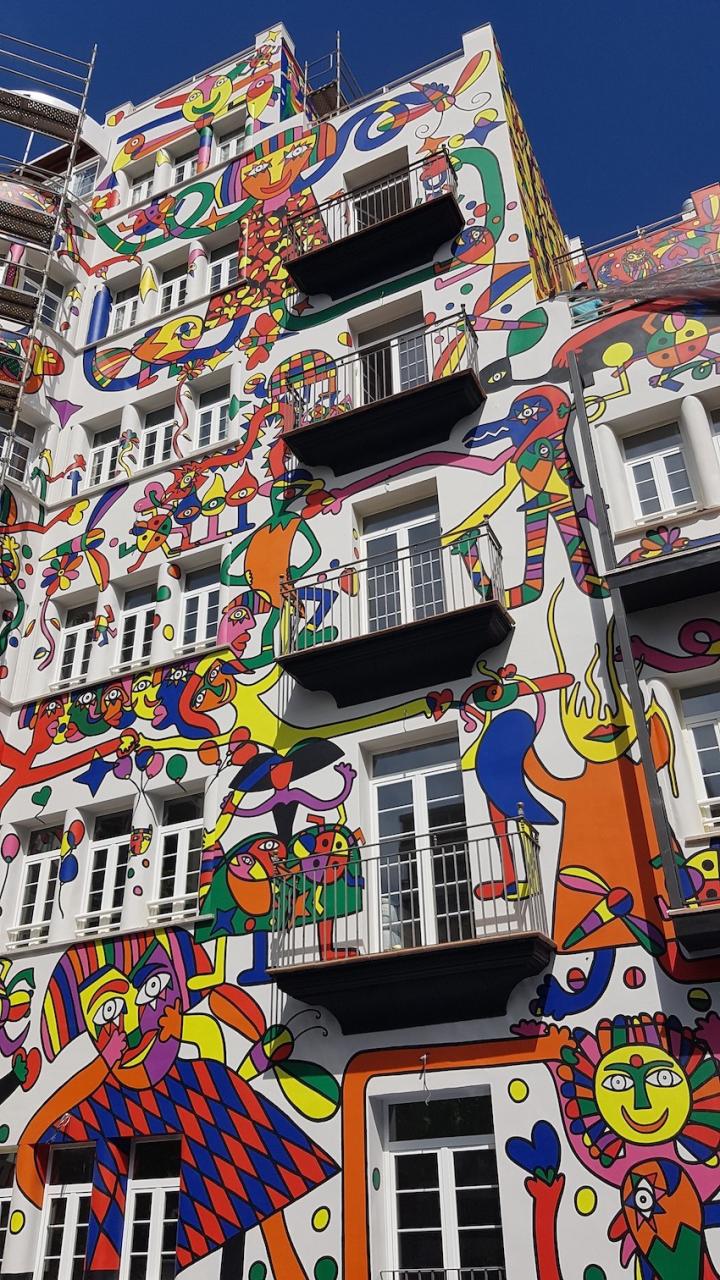 The City Council has reportedly said that the façade is too large for a mural and that the artwork is too striking.

“For this pictorial work to be considered an artistic reference it has to have important dimensions and not go unnoticed,” adds España, who points out that the building is located in an area of ​​Palma where there is huge diversity of construction in terms of volume, height and façade colour.

Despite the fact that the Historic Centre Commission issued an unfavourable report last Tuesday, "the Culture Councillor and representatives of PP and Vox supported the mural project indicating that artistic creation cannot be limited or impeded,” said España. “The work of a painter, architect or innovator is often not accepted at first, only to be admired later, as happened with Picasso, Miró and Gaudí, although they’re not comparable.”

Last Tuesday España promised to deposit a bond for the amount deemed appropriate so that José Luis Mesas’ mural could stay for 2-3 years to see if people accepted it or rejected it. If they don't like it the mural will be removed and the facade painted white.

España is determined that Artmadans Hotel will be the first hotel in Palma to promote culture and art and become a reference for both. The guest rooms and common areas of the hotel are full of art, including original lithographs by Miró, canvases by Canet, Bernardino Celiá, Dolores and Concha Sampol, JL Mesas and sculptures by Ferran Aguiló, Pedro Flores, Mariano Navares, Monegal and Ripolles. 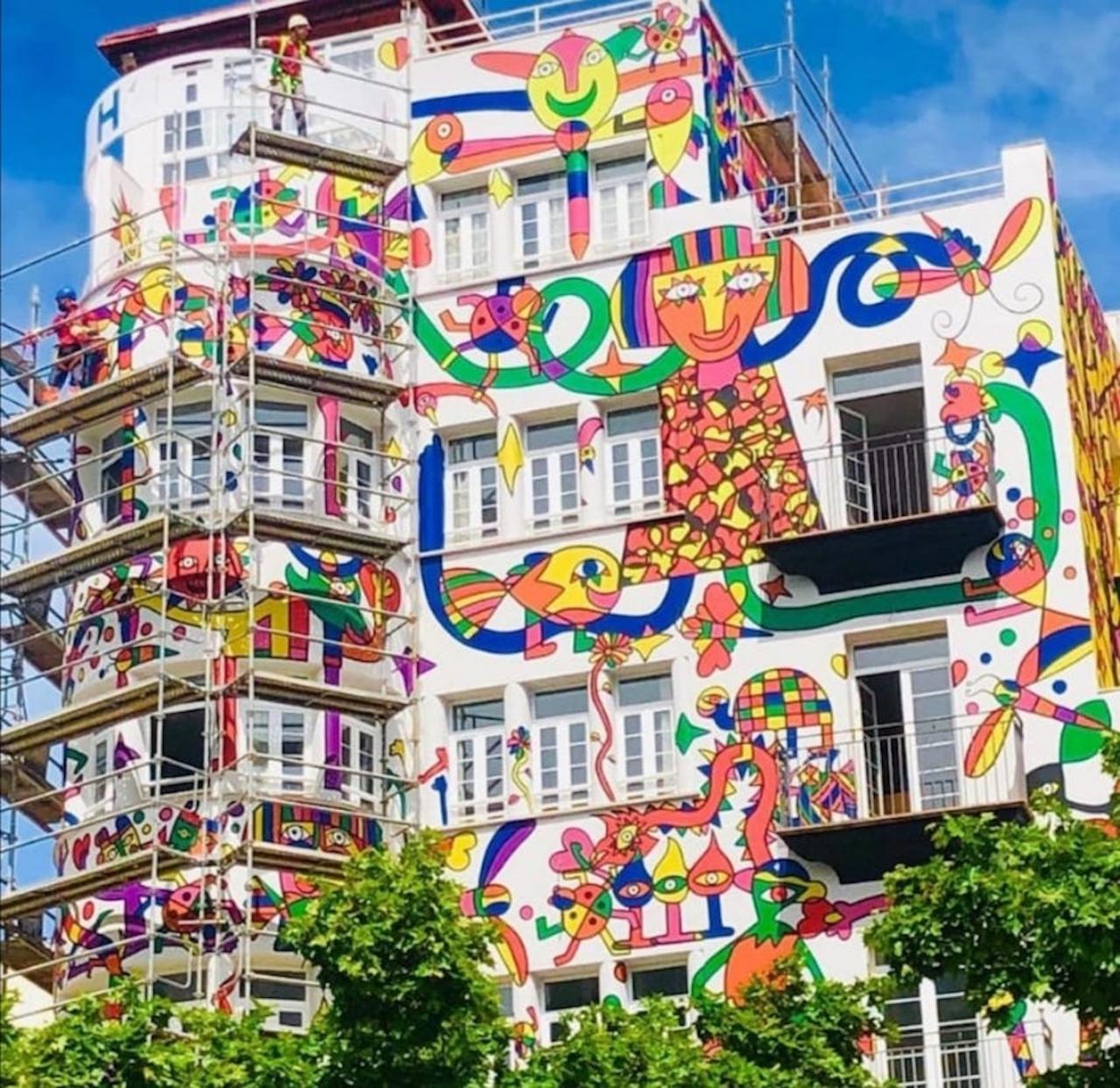 Hotel Artmadans will have an exhibition hall dedicated to young painters on the ground floor, a permanent gallery showcasing Mesas art and a 150 m2 space on the 6th floor for conferences and/or exhibitions.

The mural was created by Mallorcan artist, José Luis Mesas, who was born in Palma in 1973 and comes from humble, gypsy, beginnings. His mother was born in a cave in the Sacromonte in Granada and the family eventually moved to Mallorca to find work.

He started painting when he was just 7 years old and is now famous all over the world.

In 2019 he was awarded the Mayte Spínola Gold Medal in 2019 as a Pro-Arte y Cultura group painter and he also created “Christ of the gypsies with the four elements, Sky, Fire, Water and Earth” which is the biggest painting in Spain and measures 7.50 x 11.50 metres.

His paintings are hanging in several museums, including the Vatican and some of his work has been bought by celebrities through Art-Basel in Miami.

Mesas says he’s very confused by the dispute over his mural and feels marginalised.

“I don't know if it’s because I am a painter, or because I'm a gypsy, but I hope there will be justice." 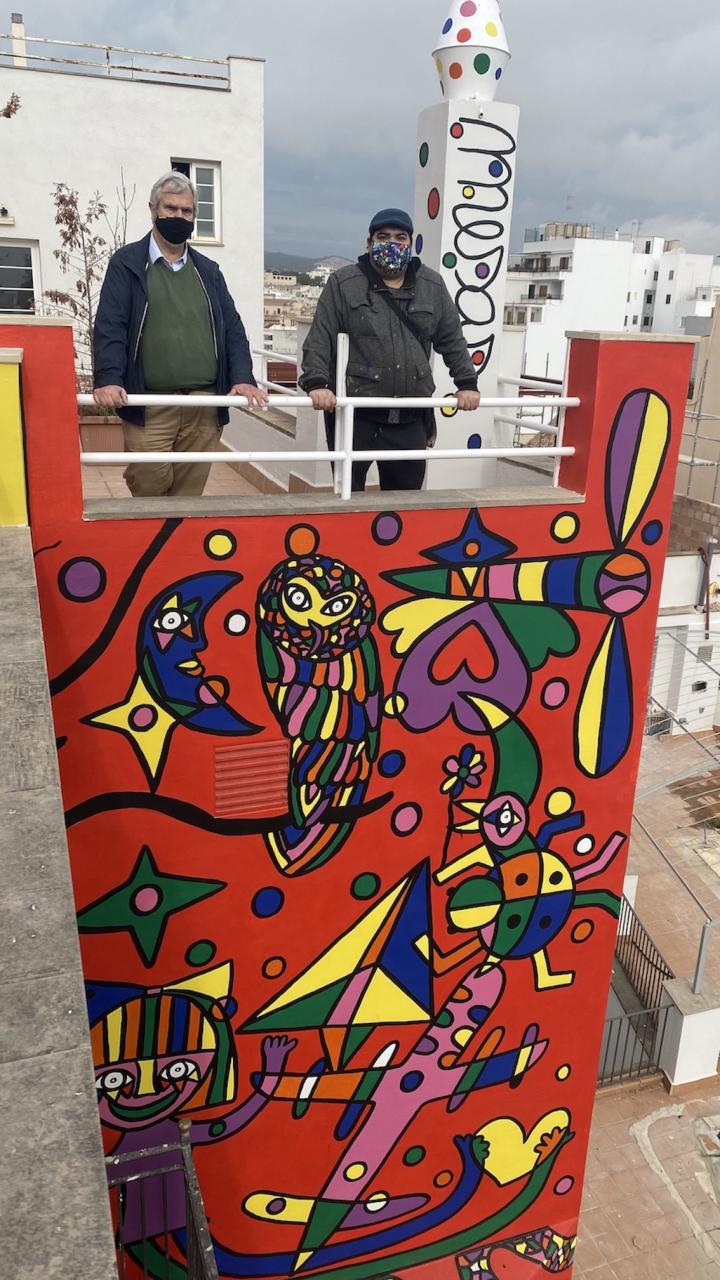