IB-Salut has announced that people in the Balearic Islands will soon be able to make a vaccination appointment online instead of waiting to be called to have their jab.

The new system is the brainchild of the Bit Foundation, which will be accessed with a DNI or health card code and give users a choice of vaccination centres and a calendar of dates and times for appointments.

"Last week there was a pilot to trial the new system," said Manuel Palomino, Director of Management and Budgets at IB-Salut. “We are still shuffling dates, but it will be active soon," said Palomino. “The vaccination of more than one million people cannot be left to a computer system, so in addition to the self-appointment system, the telephone system will remain active for those who can’t access the internet and in case the connection fails."

The Balearic Health and Welfare Management Company or GSAIB will be in charge of the system and solve any problems that arise.

GSAIB was launched on April 1, 2018 to provide support to IB-Salut Health Centres and its staff of 300 professionals have played a key role during the Covid-19 pandemic.

Since 2018, GSAIB has internalised the emergency ambulance service, increased its vehicle fleet and emergency telephone assistance operators and human resources and it now has more than 500 workers.

This year, GSAIB has provided logistical support to 061 and Primary Care and taken charge of mobile Covid express, population screening controls at ports and airports along with the Red Cross and launched the Covid telephone information lines.

In addition to managing the Infovacunacovid plant, which is in charge of calling people for vaccination, GSAIB staff confirm the data and health history of each person and guide people through the process until they’re given a vaccination record.

115,548 people in the Balearic Islands have now received their first dose of the vaccine and 45,605 have had both jabs.

On Tuesday 6,502 were vaccinated and the Ministry of Health expects the process to speed up when 24,000 doses of Pfizer and 25,000 of AstraZeneca are received next week, which is the largest shipment of doses so far.

This is what the vaccination appointment screen will look like and users will also have to complete a questionnaire: 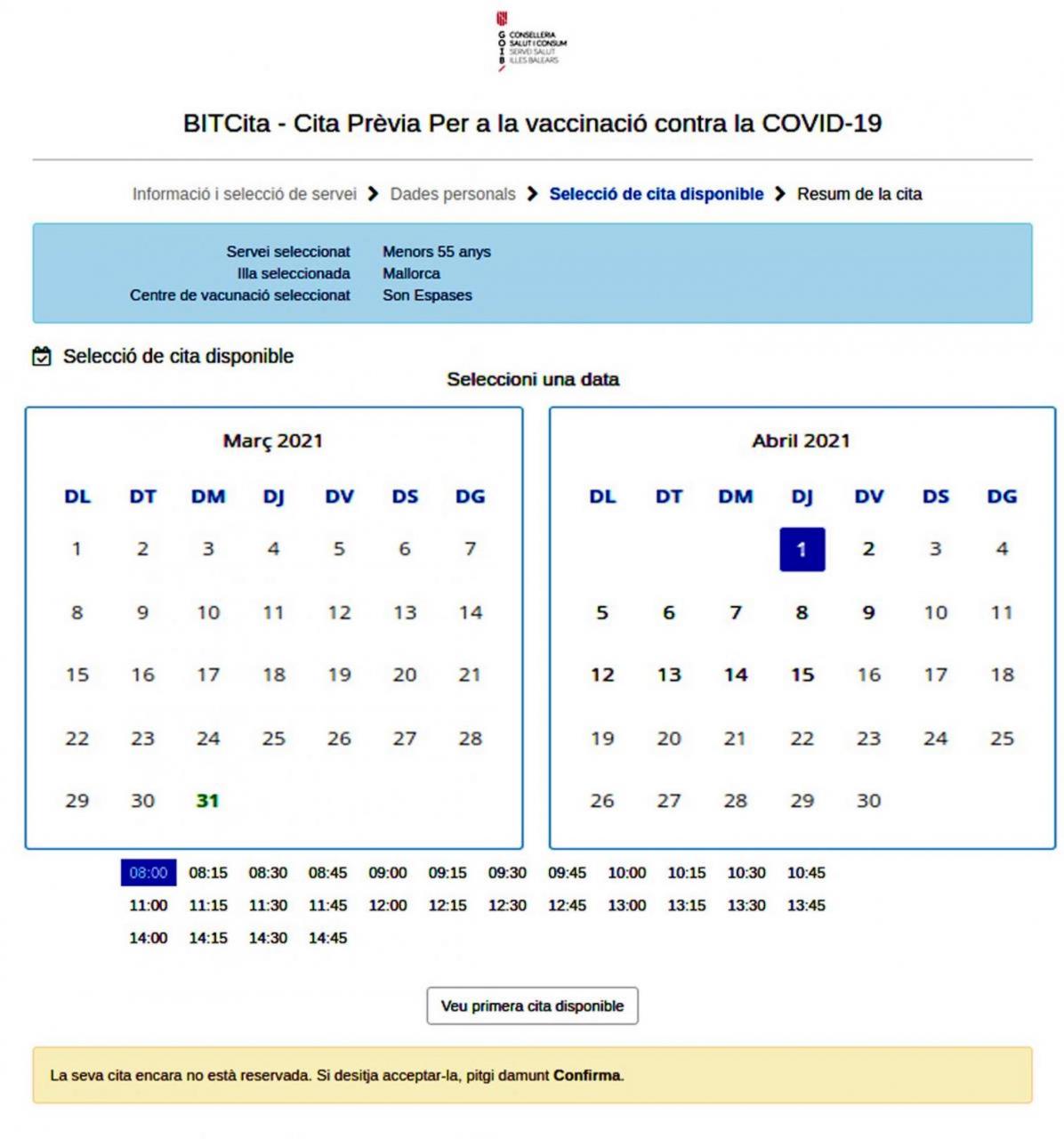