The number of people vaccinated twice in Mallorca has topped 40,000. | MDB

The Monday Covid-19 report from the health ministry indicates 37 new positive cases with a test rate of just 0.98% from 3,775 tests. All 37 cases are in Mallorca. There was no Sunday report, but the ministry points to there having been 38 new cases, 35 in Mallorca, two in Minorca and one in Ibiza. 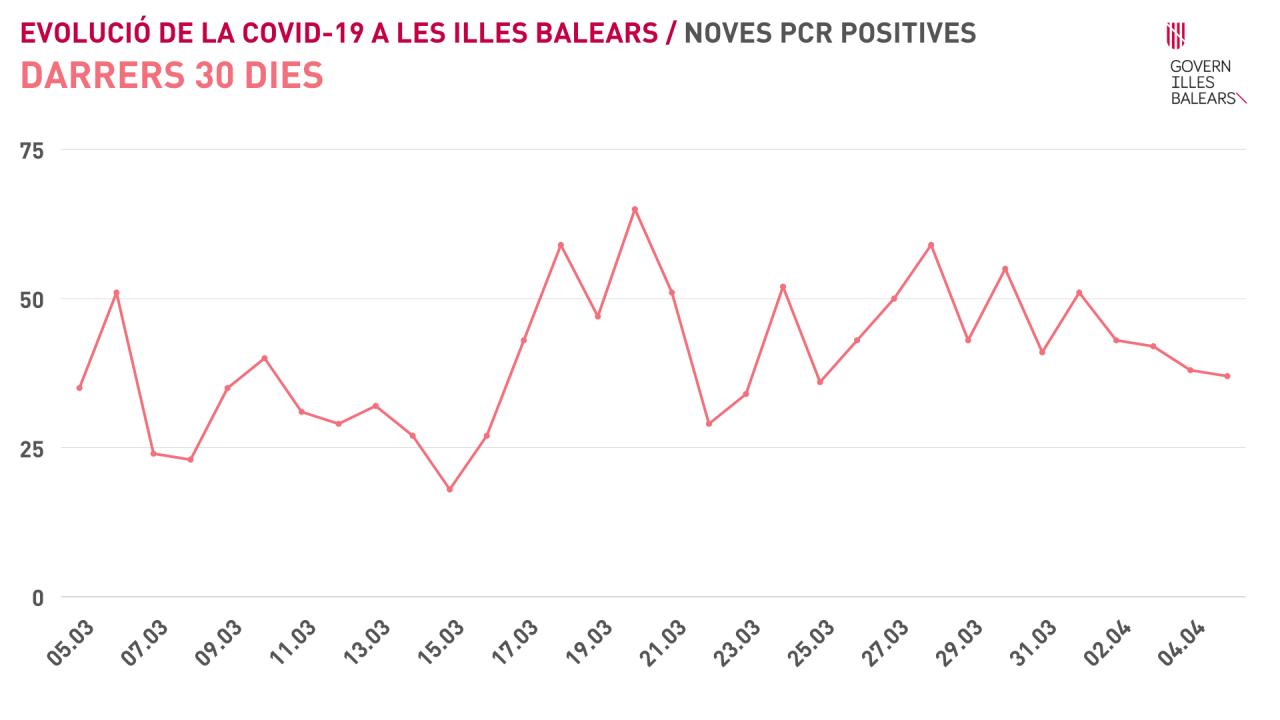 It is now eleven days since any new deaths have been reported; the total remains 779. On the wards, the total number of Covid patients has increased by three. In Mallorca there are five more patients (34), but the number in Ibiza is down two to 16. In intensive care units there is no change - 13 patients in Mallorca, five in Ibiza.

Seventy-six more people have recovered, of whom six were in hospital. There has been a slight increase in the total number of people being attended to by the health service - up by nine to 915. In Mallorca, five more people are being monitored by primary care - a total of 738.