Masses of jellyfish in Mallorca

A mass of jellyfish in Cala Rajada, Mallorca. | Ultima Hora

The most common jellyfish in the Mediterranean, the ‘Pelagia noctiluca’ has been roaming the Balearic waters for weeks and they've been seen in such large numbers along the Llevant and Serra de Tramuntana coast that experts are warning that the sea could be purple when summer gets underway.

"Pelagias in spring is normal, but what’s rare is that they’ve arrived in very large quantities," said Antoni Grau, Head of the Marine Resources Service of the General Directorate of Fisheries & Marine Environment. “These species live on the high seas and are common throughout the western Mediterranean, but sea currents displace them.”

Their appearance on the coast of Mallorca is mainly due to big storms in the north of the Island.

“They can’t leave and they can endure a lot without eating, so we’ll have them here until they die,” adds Grau.

The most productive areas for the Pelagia noctiluca are the Serra de Tramuntana, between Sant Elm and Cala Sant Vicenç, but in the last month they’ve also been spotted in Portocolom and Cala Rajada and some residents caught masses of jellyfish at Easter.

The jellyfish population varies from year to year and Antoni Grau says the first count of 2021 will begin soon to calculate how many species there are.

“In 2020 there wasn't much of a presence of pelagias, but they were very abundant in 2018,” explains Grau. “Understanding why there are more one year than another is one of our goals.”

The Pelagia noctiluca is found at a depth of about 300 metres and they rise to the surface to eat at night.

There are many different kinds of jellyfish in the Balearic Islands, but the pelagias are the best known and they’re also the ones that sting people the most when they’re swimming.

Up to a dozen other species of jellyfish visit the Balearic Islands, including the Cotylorhiza tuberculata, aka the ‘fried egg’ which usually arrives in August; the Aurelia aurita and Rhizostoma pulmo.

The Velella velella, an invertebrate that resembles a jellyfish, is also found in Mallorca, but according to Antoni Grau, although there is a presence, "they have not ended up on the beaches, as has happened in other years." 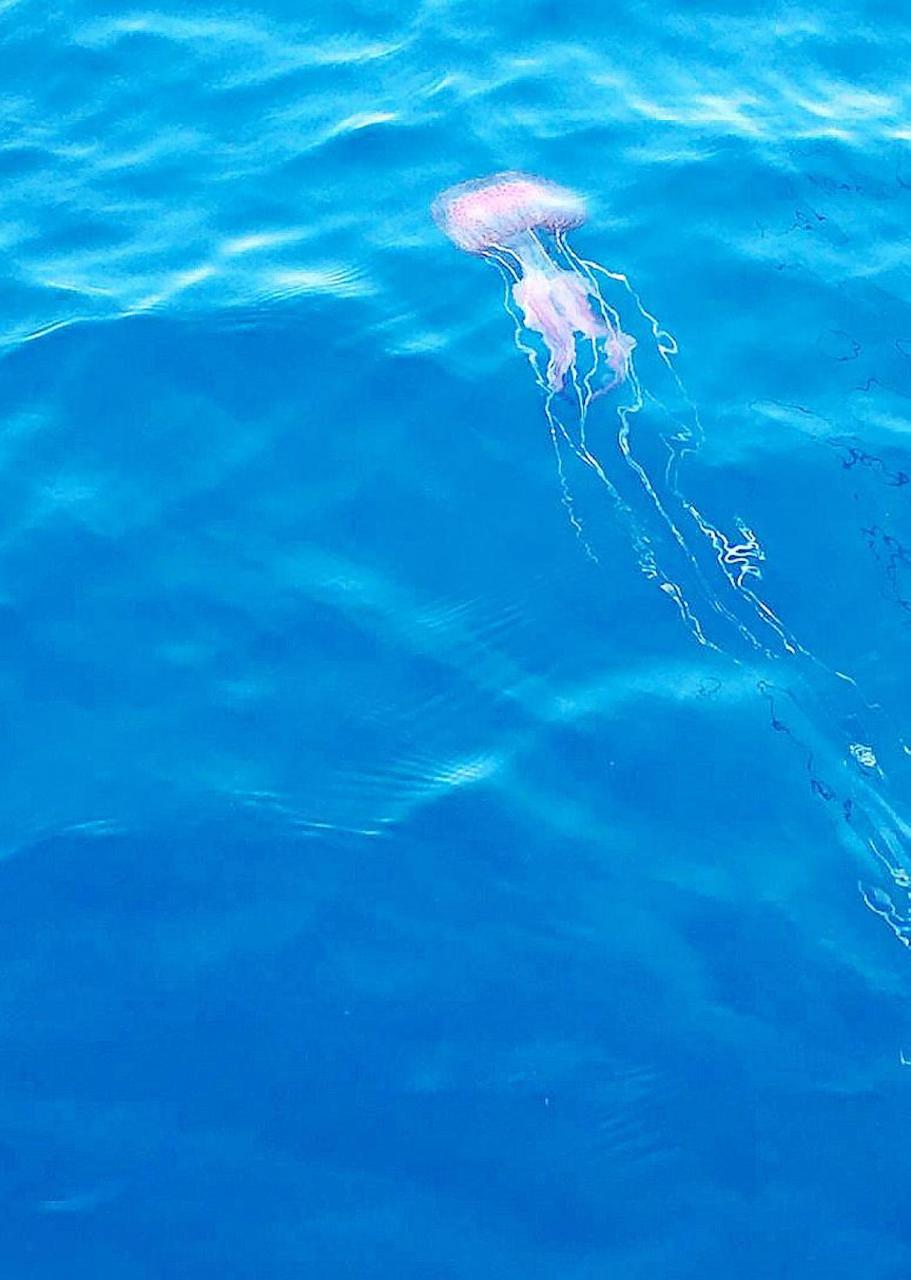 The Government's Directorate-General for Fisheries & Environment has also warned that the Portuguese man o’ war, which is considered dangerous to swimmers, has already been spotted in Balearic waters, especially around Ibiza and Formentera and could be present until mid-May.

Michael Douglas and Catherine Zeta Jones on the island