76,000 people in Mallorca have received two doses of vaccine. | Archive

The Saturday report from the health ministry indicates 66 new positive cases of coronavirus - 59 in Mallorca, six in Ibiza and one in Minorca. The 66 represent an increase of 18 from Friday and rise in the test rate from 1.6% to 2.43% based on 284 fewer tests (2,716). 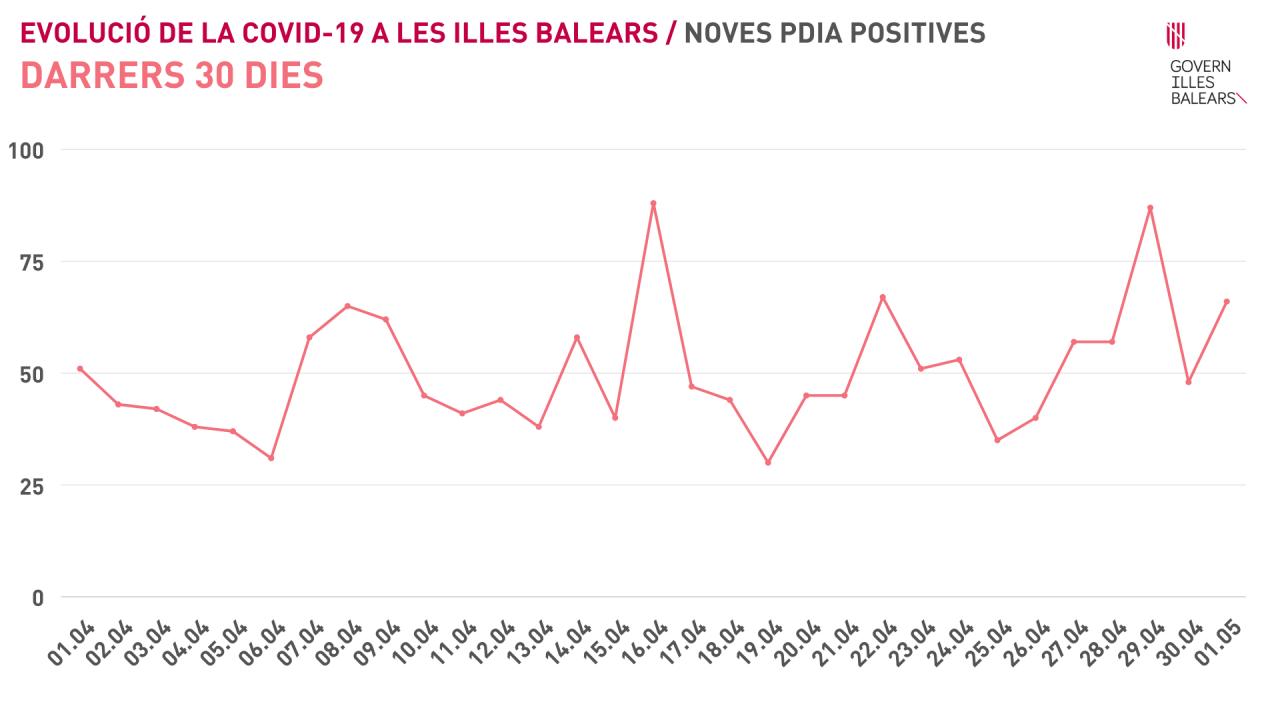 No new deaths have been officially confirmed, although the Mateu Orfila Hospital in Mahon did announce the death of a Covid patient on Friday. For now, the official total of deaths remains as it was - 821. In Mallorca, there are four more Covid patients on hospital wards (33). The number in Ibiza is down one to six, and there is no change in Minorca, where there are two patients. In intensive care, there is one more patient in Mallorca. In Ibiza and Minorca there are three patients and two patients respectively.

Fifty-one more people have recovered, including six who were in hospital. The health service now has 999 active cases in the whole of the Balearics (eighteen more), and primary care in Mallorca is monitoring 15 more (749).

At municipality level in Mallorca, the report for new cases indicates that on April 30 there were 18 in Palma (the most), followed by 12 in Son Servera and eleven in Inca. Son Servera and Inca have had the same number of new cases over the past seven-day period (22). There are no municipalities currently classified as being extreme risk (250 or more cases per 100,000 for 14 days). Son Servera has the highest incidence - 207.47 - followed by Valldemossa (203.15), where there have been four new cases over the past fourteen days, all of these within the past week.

Gabriel | about 1 year ago

And going up again...and get restrictions again...getting sick and tired of this