The increase in Covid infections and the arrival of the Delta variant in the Balearic Islands are being reported by foreign news outlets, particularly in England, Germany, the Netherlands and France. 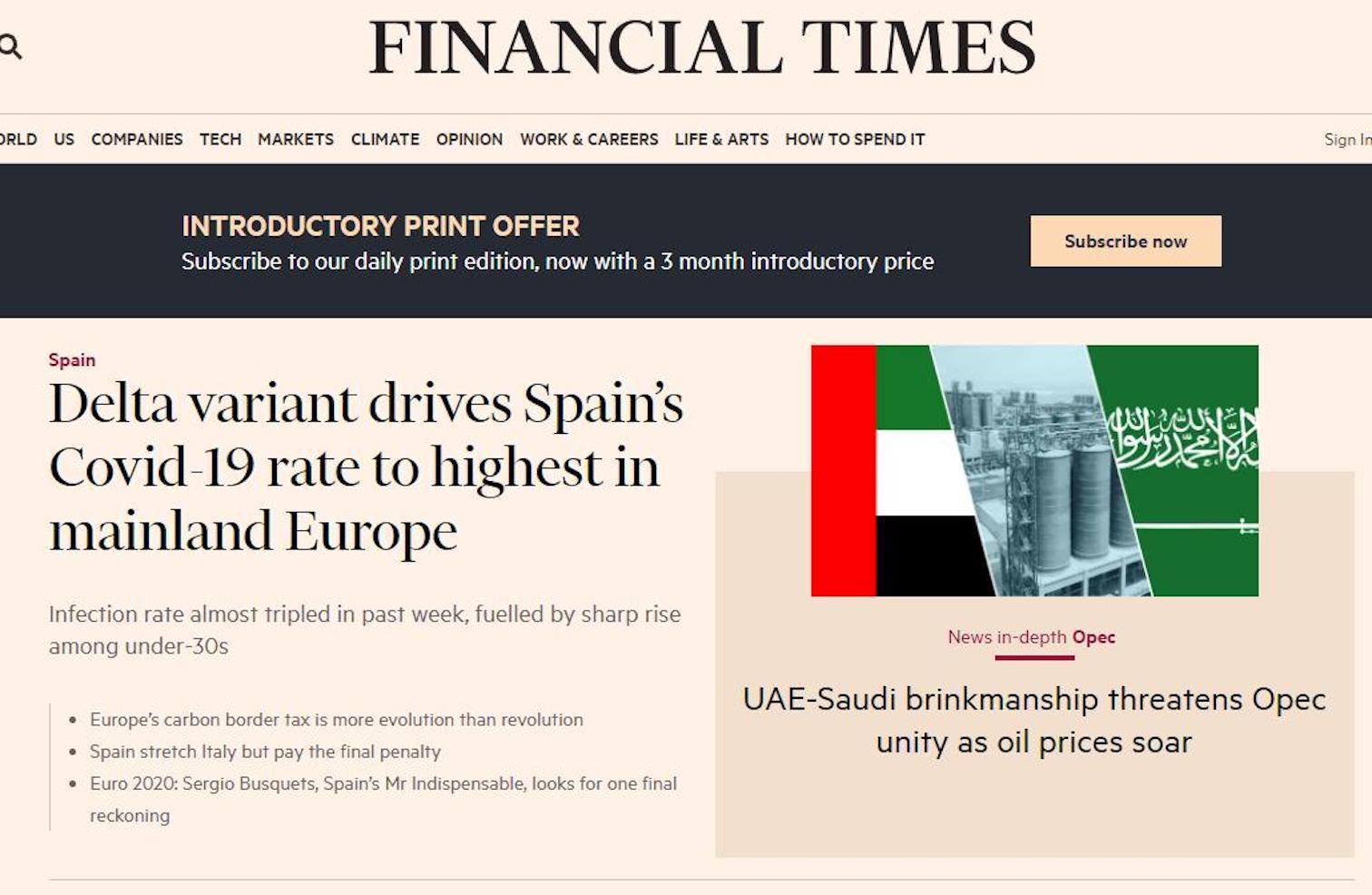 A fifth Covid wave in Spain was the cover story of the Financial Times on Wednesday, and it’s been picked up by the French newspaper Le Monde, which states that “the new wave in Spain is spreading at a spectacular speed.”

“The increase in cases is down to social gatherings, illegal street drinking and greater mobility at a time when people are travelling through Spain on vacation. The country has eliminated almost all its national restrictions,” the article states and warns of the threat posed by the Delta variant. "The growth of cases in Spain comes at a delicate time for its economy which is dependent on tourism and the months of July and August are crucial.”

The French newspaper also attributes the increase in infections to "meetings between unvaccinated young people who want to party" and advises a return to wearing face masks outdoors in the short term.

“The Government is panicking over the Delta variant and holidays in Mallorca are in danger,” screams the digital edition of German tabloid, Bild.

The German press claim the expansion of the new Delta variant may jeopardise summer holidays and are calling on the Balearic Government to take more critical measures.

Spain and UK Government’s have made it clear they dont care if their countries become mega covid hotspits with a 100.000 infected per day ! Key is economy over public health and safety and most inpurtant of all the UK thinks its fine to send millions abroad on holiday to the EU which is by far lower vaccinated etc . Looks like wreckless politics to me for which some politicians heads might well roll …..

Why they didn’t take preventive measures to stop the students arriving in the first place is totally beyond me. It happens every year - they could have just issued a statement saying no. Then the illegal parties on industrial estates in Palma. First the police (all three forces) said they could do nothing. Then they blocked the roads ... so they could do something. The only real option they have left is to step up vaccination for the young. Then, they could be in a position similar to the UK, who appear to be going for heard immunity. Will they manage it? Given the number of people on the island it is possible. One can only hope they devise some strategy to save July and August..., not to mention the islands health.

John Law | about 1 year ago

Don't blame the press for printing the facts. We haven't seen anything yet, thanks to our government's actions we'll soon be back on more restrictions here. A job well done Armengol, - entirely predictable results from foolish decisions.