Looking relaxed wearing Bermuda shorts and a linen shirt, Bayern Munich striker Robert Lewandowski is filming part of a documentary for Amazon in Mallorca. It is about his life, his story, in which Mallorca plays a fundamental part as one of his favourite holiday destinations.

The production company in charge of the filming has used various locations such as Bellver Castle, sa Llontja de Palma or a terrace next to the Cathedral.

The Lewandowski family is enjoying a spectacular holiday this summer on the island where they have good friends and are taking advantage of the time to keep in good shape.

Lewandowski had one of the best individual seasons in Bundesliga history in 2020/21. Bayern's star man scored an astonishing 41 goals in the German top-fight, eclipsing the record held by another Bayern great, Gerd Müller, which had stood for 49 years.

The Poland international's goals helped Bayern to clinch a ninth consecutive Bundesliga title, just a year after Lewandowski had claimed FIFA's Best Men's Player award for 2020 after top-scoring in the Bundesliga, DFB Cup and UEFA Champions League as Bayern went on to clinch a historic sextuple of titles under Hansi Flick. 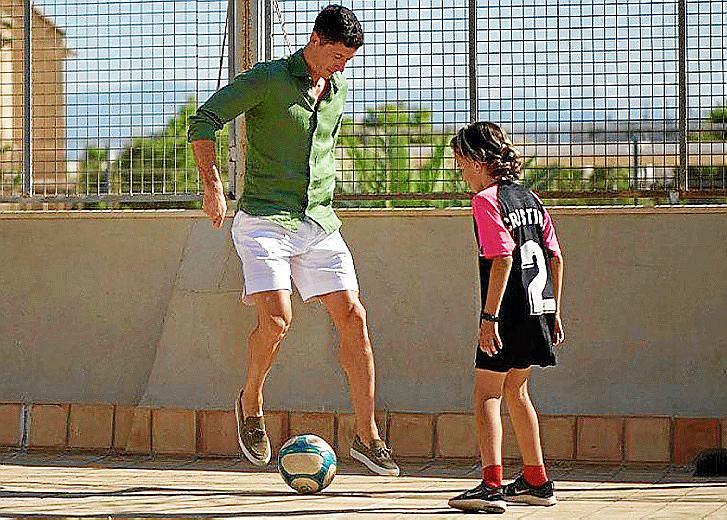 Now, with Lewandowski in the best goalscoring form of his career at the age of 32, the Pole's life story will be shown in a documentary on Amazon Prime Video.

"We want to tell a story of ups and downs, strengths and weaknesses unfiltered - to present the events as they really happened," said Lewandowski.

The documentary should "show many facets of my career that are interesting for football fans," added the Pole. "But I hope that the viewers who don't watch football regularly will also appreciate the many small details. I want that the documentary will be an inspiration to the children who dream of achieving something big but do not believe that they can do it."