Lava flows into the sea, as seen from Tijarafe, following the eruption of a volcano on the Canary Island of La Palma. | BORJA SUAREZ

A river of lava cascaded into the Atlantic Ocean from Spain's La Palma island in the early hours on Wednesday, releasing plumes of steam which could unleash toxic gas, although so far authorities said the air inland had not been contaminated.

Thousands of people have been evacuated since an eruption in the Canary Islands archipelago began 10 days ago. Three coastal villages had been locked down since Monday in anticipation of the lava reaching the sea and potentially liberating harmful gases.

Residents on the western coast had been told to seal doors and windows with tape and wet towels. That recommendation was not yet lifted, but authorities said measurements showed the air was so far still safe to breathe. 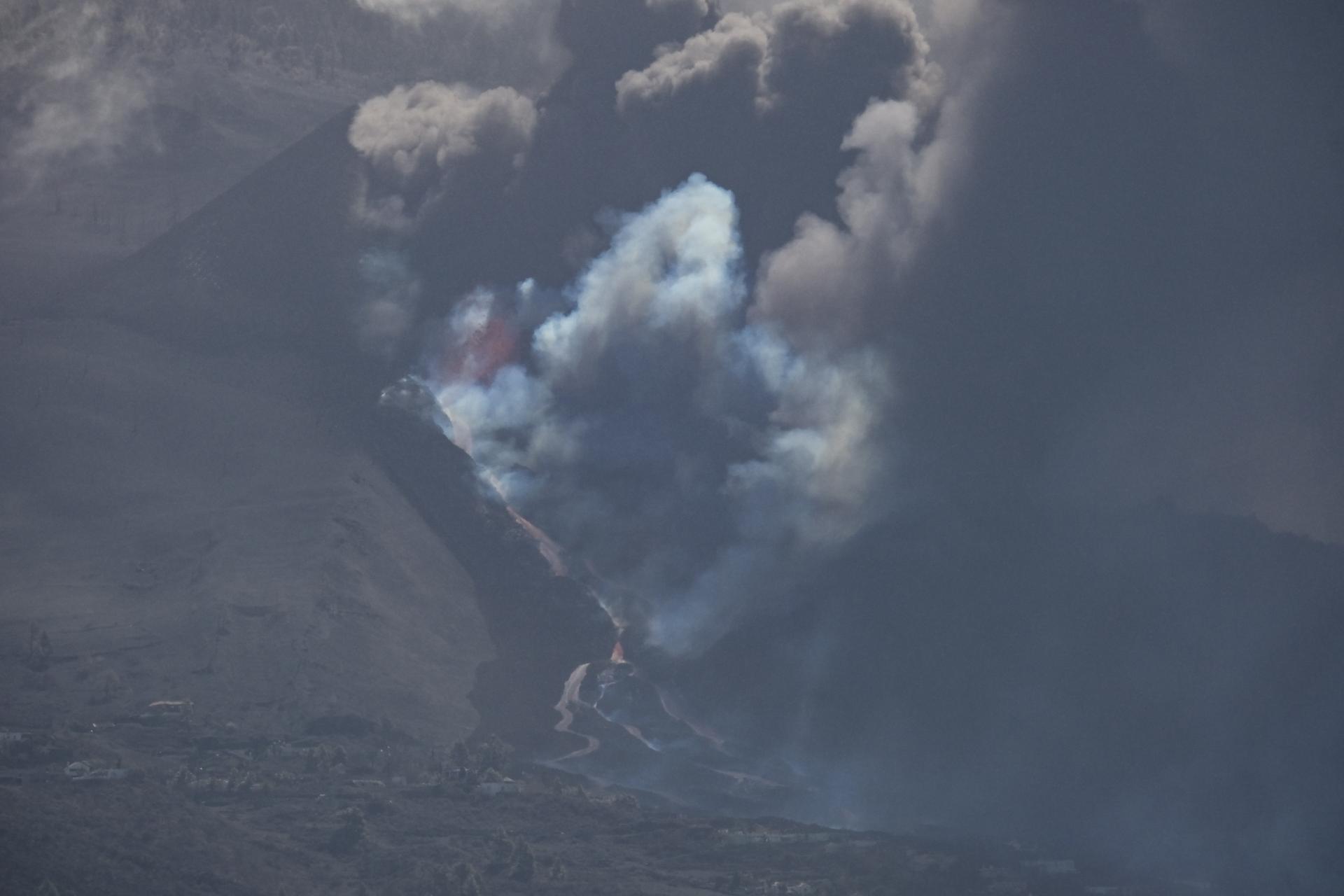 "The eruption has not affected air quality, which is perfectly breathable. Teams measuring the presence of gases make periodic checks and have not registered values that could be considered dangerous," the La Palma Council said on Twitter.

Incandescent lava gushing from the volcano poured down a cliff into the sea early on Wednesday in the Playa Nueva area near the town of Tazacorte and could be seen protruding above the Atlantic Ocean waterline, sending clouds of steam into the sky. 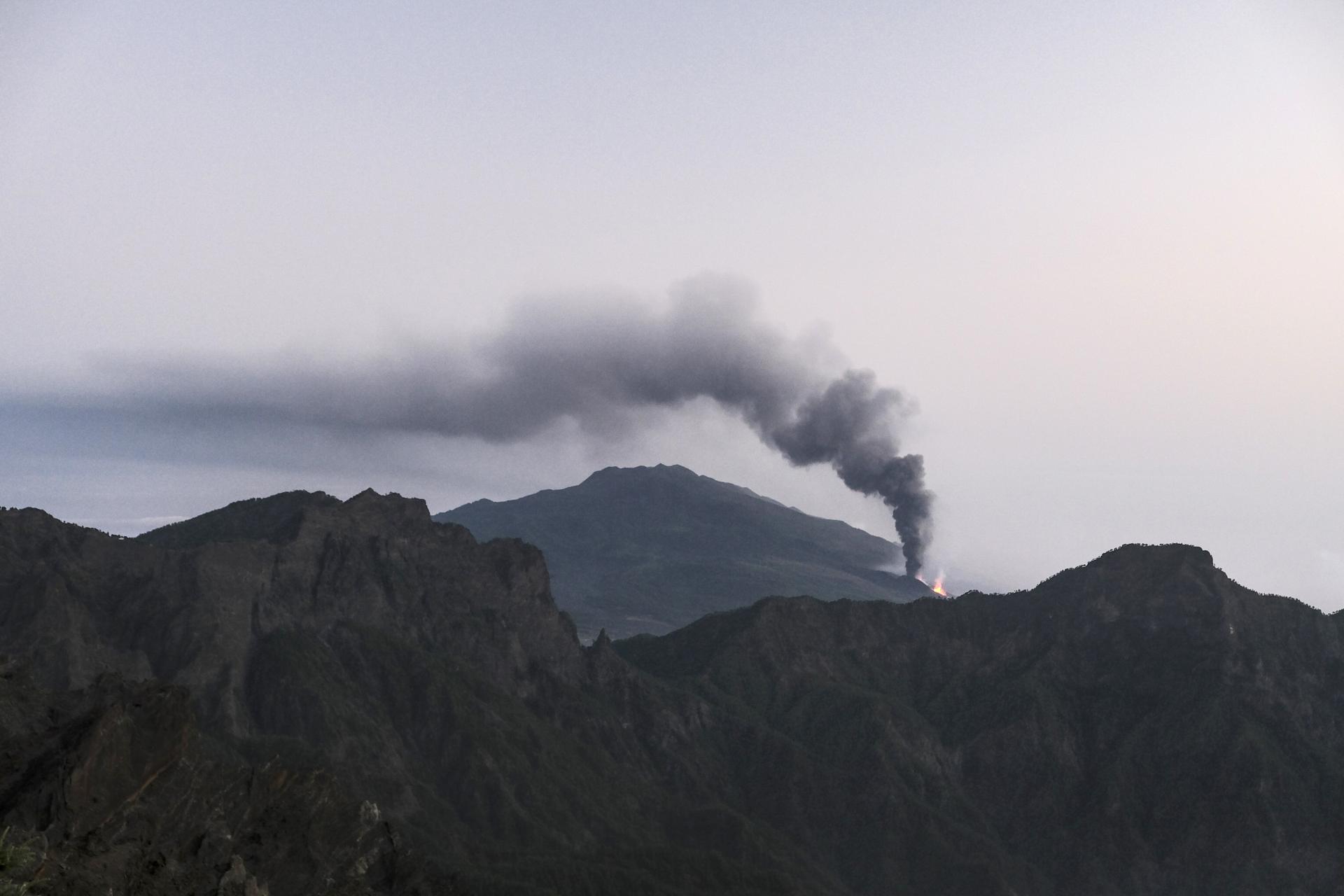 Smoke clouds billowed from the volcano and the molten rock as it flowed down Cumbre Vieja's western flank.

"All the people in a 2-km radius have been evacuated" and a wider area is in lockdown, Tazacorte Mayor Juan Miguel Rodriguez Acosta told TV3 channel, adding that no further evacuations had been needed so far as the cloud was moving east. 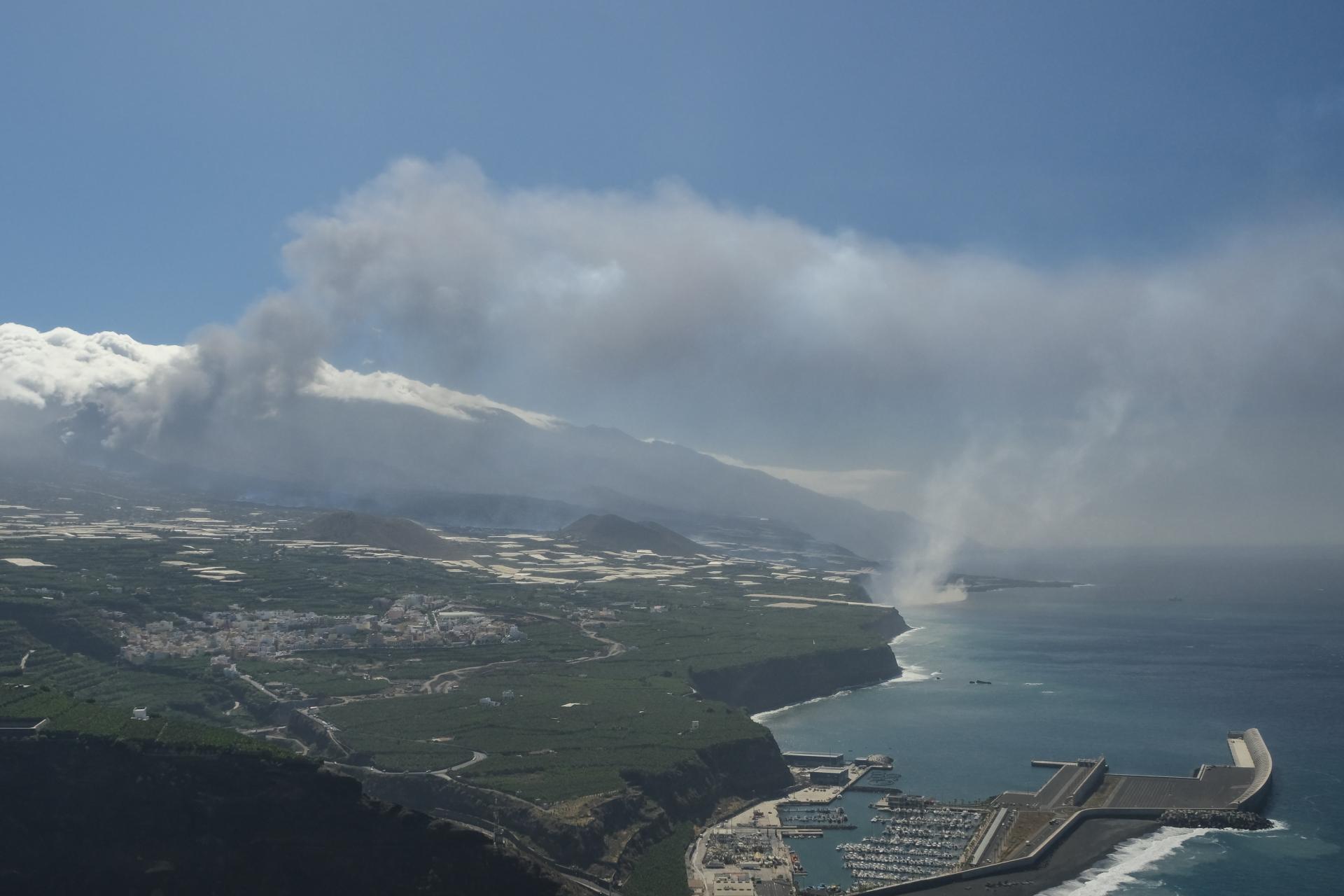 He said all roads to the southern part of the island on the western side had been cut off by the lava.