New species found in submarine mountains of the Mallorca canal

Three new species of sponge have been discovered in the submarine mountains of the Mallorca canal during scientific investigation by the Spanish Institute of Oceanography.

According to the Ministry for Ecological Transition & Demographic Challenge, the scientific information was obtained by the IEO, during oceanographic research campaigns carried out as part of the Life Intemares project and coordinated by the Biodiversity Foundation.

The submarine mountains of the Canal de Mallorca are home to a wealth of diverse habitats and species of community interest.

The first results of the Life Intemares project in the Canal de Mallorca, which were published in 2019 in the international Journal of the Marine Biological Association in the United Kingdom, also reported the finding of the species, Ophiomyces grandis. It was an ofiura, an echinoderm resembling a starfish, which was previously unknown in the Mediterranean and is very abundant in the underwater mountains of the Canal de Mallorca.

These results are part of a doctoral thesis, which is being developed within the Life Intemares project and co-financed by the Government and the European Social Fund. 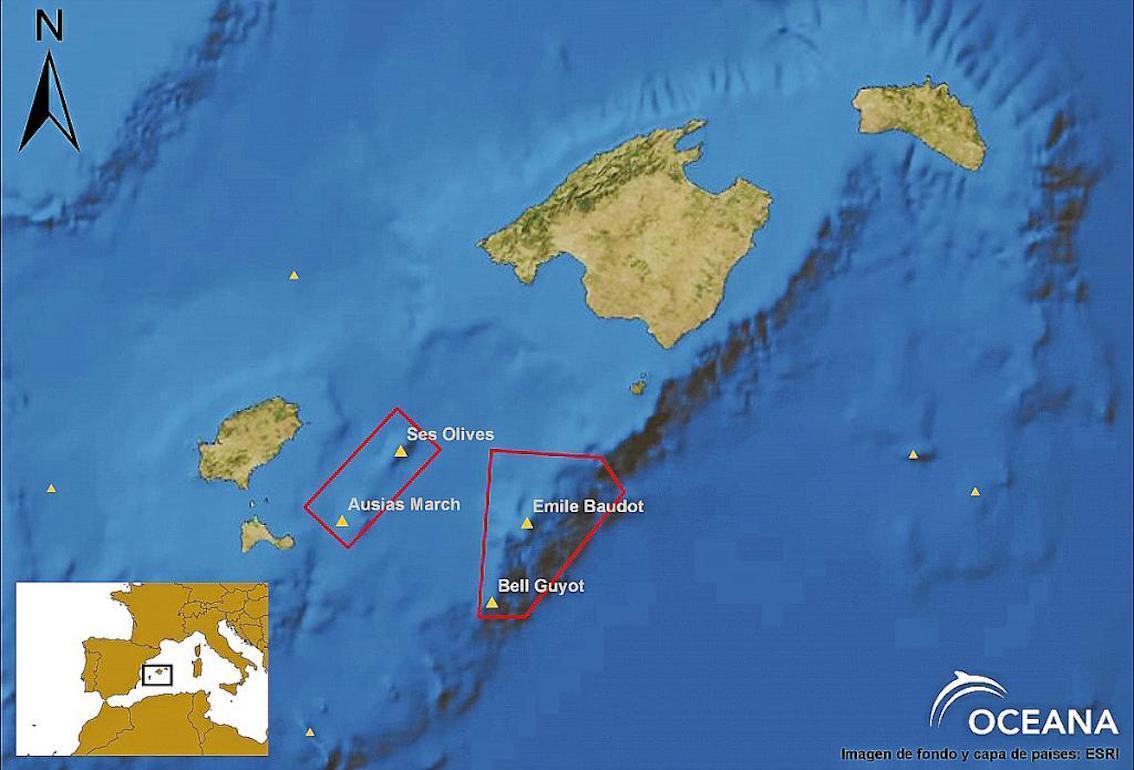 In addition to sheltering fields and gardens from a wide variety of sponges, these submarine forests have identified habitats of Community interest included in the Habitats Directive, which ensure the conservation of designated sites.

The maërl bottoms, formed by rhodolites or calcareous red algae on the tops of the Ausias March and Emile Baudot mountains, are probably the deepest in the western Mediterranean.

Widespread and numerous pockmark fields have been found around the three mountains and coral bottoms, in the rocky outcrops of the mountain slopes and in the adjacent sedimentary bottoms, where bamboo coral has been found.

Fossil bio-constructions of oysters, have also been found forming a reef around the three submarine mountains, at a depth of 200-400 metres.

The information obtained during the research campaigns will help to improve the scientific knowledge of the underwater mountains of the Canal de Mallorca and the surrounding areas.