Dogs, cats and chickens - caring for La Palma's pets made homeless by volcano

A member of the Benawara Animal and Plant Protection Association touches a dog that they are hosting due to the eruption of the Cumbre Vieja volcano, in Los Llanos de Aridane. | JUAN MEDINA

The whimpering of caged dogs mingles with the chatter of clucking hens at a makeshift animal shelter on the Spanish island of La Palma, hastily set up to rehouse hundreds of pets made homeless when their owners fled the Cumbre Vieja volcano.

Members of the Benawara Plant and Animal Protection Society began scouring the island for potential foster homes in the days before the eruption.

But as the scale of the damage became clear they stepped up their efforts and converted a school playground into a coordination centre.

"We've taken around 140 dogs, maybe a few more, 60 or 70 cats, goats, sheep, parrots ... everything," said Esau Fumero, a dog trainer and sub-director with the organisation, which looks to place the animals in shelters as soon as possible. 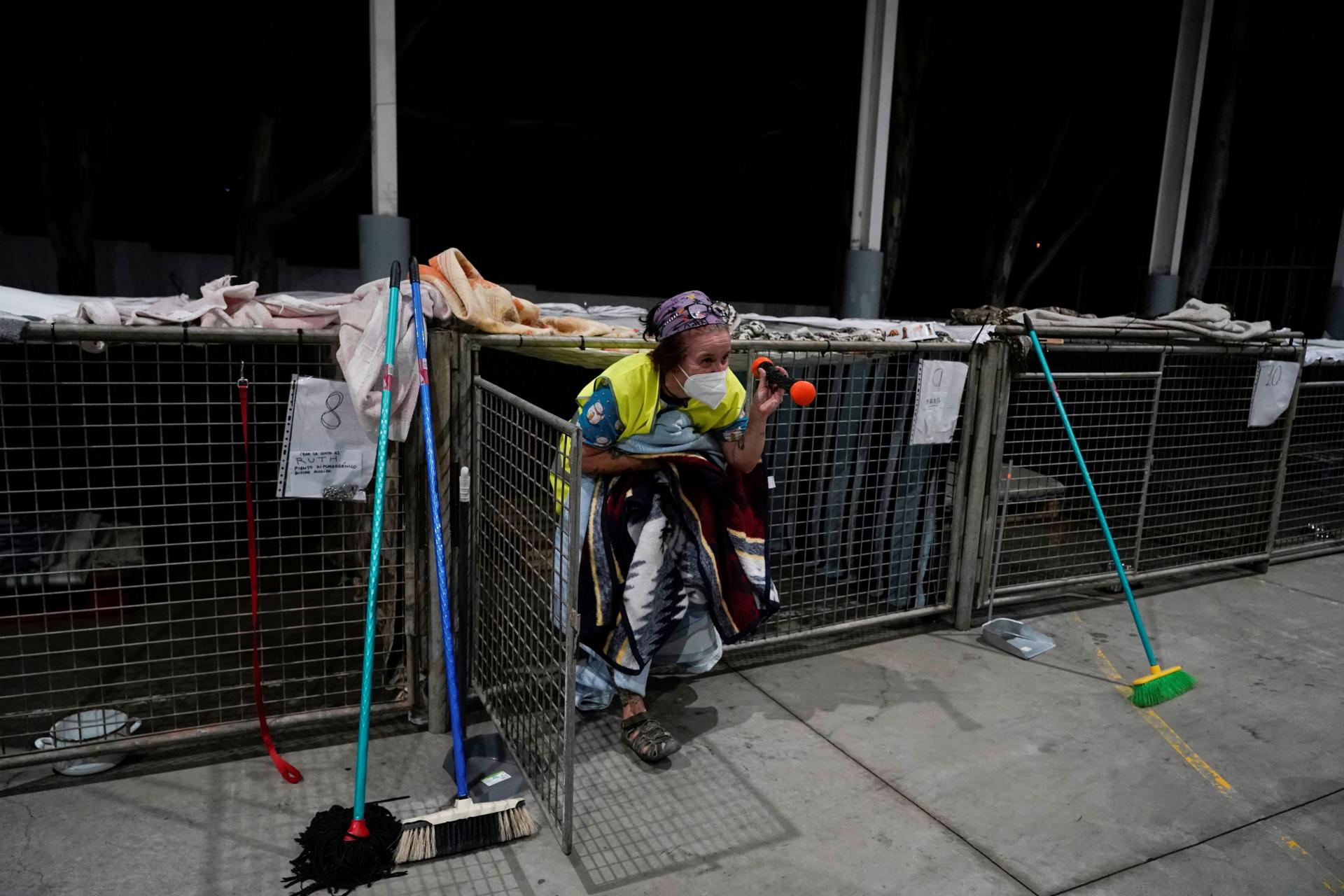 Some animals come from families who evacuated but could not take their pets to temporary accommodation, while others are dropped off by police and rescuers.

With the eruption showing no sign of abating, caring for the pets is a long-term issue, said Fumero, a multicoloured tower of animal feed packets stacked high behind him.

Maria Hernandez, 55, lost her home to the lava that has been flowing down the mountainside to the ocean for more than two weeks, destroying over 1,000 houses and forcing more than 6,000 to evacuate.

After originally finding a home for her three small dogs she was forced to take the youngest - a seven-year old Staffordshire Bull Terrier - to the rescue centre when he began fighting with the other two.

"We come every day after we finish work. In the morning before work, any time we can be with him," she said. 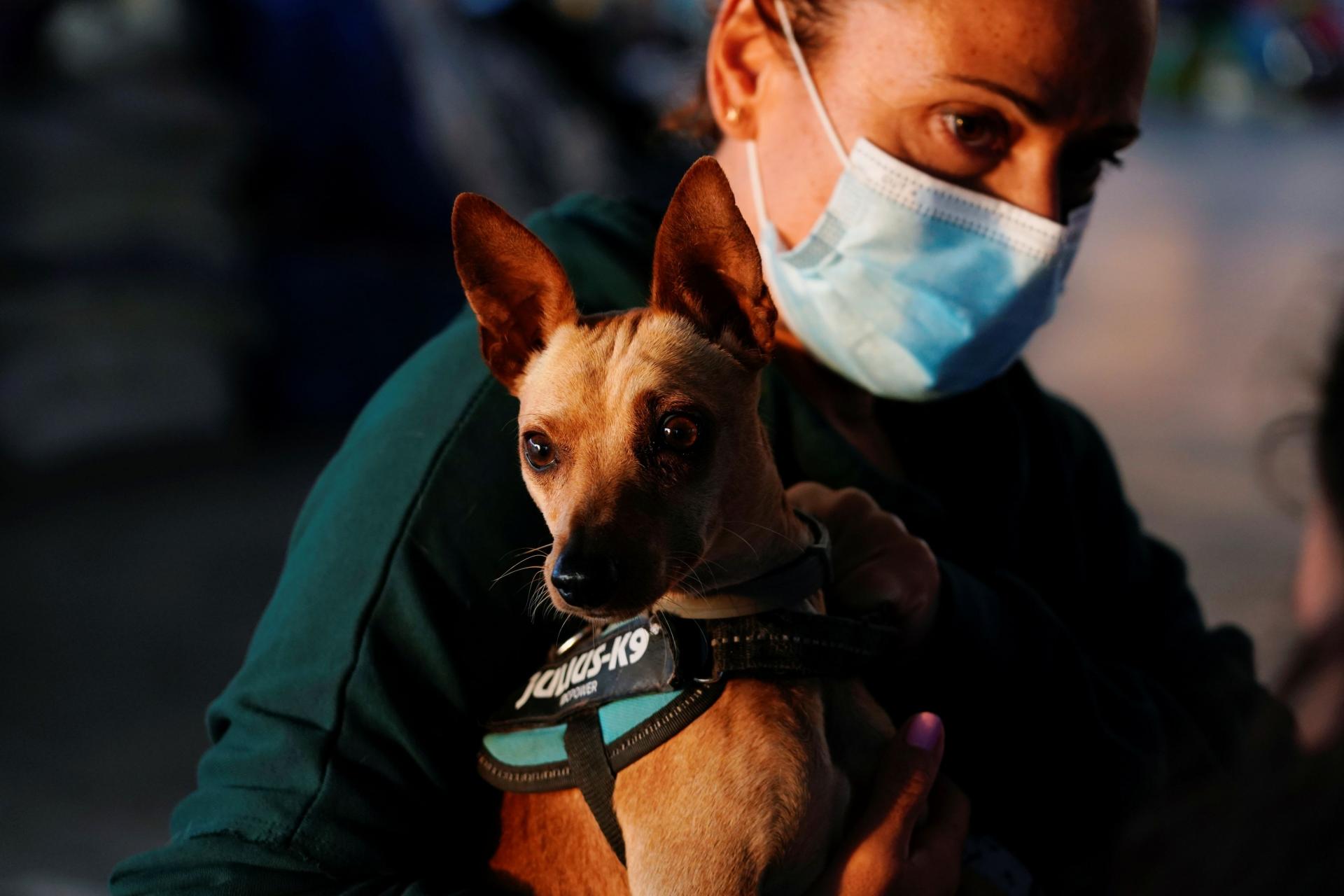 Fighting back tears, she told Reuters how the situation left her feeling overwhelmed and frustrated.

"We don't know how long this is going to last and he's like a member of our family ... All this that is happening to us is so big."