Caroline Navarro is a true tour de force, full of life, energy, enthusiasm and vibrancy, which explode out of her latest collection of paintings being exhibited at the Hotel Saratoga in Palma until October 24. Never mind artists and art lovers, for anyone looking to bring some sunshine and brightness into their lives, the exhibition is a must see.

Caroline was born in Guernsey in the Channel Islands - her father is Maltese and her mother Scottish/Irish - and was brought up in Malta. Her wish to become an internationally acclaimed artist developed after she followed a Bachelor in Fine Arts at the National Art School in Sydney.

She was chosen to take part in a mural project as part of the Sydney Olympics, which led her to be chosen as the artist to represent Malta as part of the CHOGM (Commonwealth Heads of Government Meeting) in 2002. She was also commissioned by the Maltese government to embark on a tour of Australia, exhibiting in all of the major cities, and she eventually became the island’s unofficial cultural ambassador, flying the flag for Malta through her art around the globe.

Subsequently, she exhibited her Malta-inspired paintings at the United Nations in New York, in central London at the Commonwealth Society and in Harrods as part of the Malta Week in 2012. Caroline formed part of an artistic response to domestic violence in Paris at the Montmatre Town Hall in 2010 and a collective of female paintings in Seville the year before. In 2008, Caroline was chosen to represent Malta as part of an art symposium in Pescara, Italy, where this work hangs in the Pescara Contemporary Art Museum.

Now, 21 years after graduating from art school in Sydney, she is holding her first exhibition in Mallorca - although she is no stranger to the island.

“While I was studying in Sydney I got involved in the yachting industry at the Cruising Yacht Club of Australia, home to the Sydney/Hobart yacht race, and when I eventually decided to return to Europe, I began working on the super yachts as a chef. It suited me perfectly. I love cooking and painting, sometimes I’m not sure which I prefer most, I just love being creative.

“But working on the super yachts not only enabled me to travel, which my parents always encouraged me to do, but also work for intensive periods and then have the time off I needed to paint. So it worked out to be the perfect combination for me and it was while working on the yachts that I first came to Mallorca some 15 years ago. I immediately fell in love with the island. The environment, the great light, the island’s vibrant energy and the wonderful colours of the sea and the mountains, plus I felt a kind of kinship with Malta - two extraordinary islands in their own rights.

“I then returned to Malta where I completed a Masters in Tourism, which was based on my experience in the yachting industry. They were the first papers of their kind in Malta and I spent the next five years working as a consultant for Camper & Nicholsons in the Grand Harbour Marina. It was wonderful and very exciting being involved with staging and organising regattas, boat shows and the like, and that is what brought me back to Mallorca, where I have been working as a yachting consultant while painting my favourite views and spots on the island since 2018."

The collection in Palma features acrylic paintings on paper and canvas dating back to her return to the island.

“What I love most about Mallorca is being able to get outside and paint in the open air. Sometimes I may finish a piece in one sitting, while others may take longer. It depends on my mood, the weather or whether I am feeling hungry.

“Outdoors is where I like to paint. It’s much more interactive with my subjects, plus I get to meet all sorts of people, it’s a great marketing tool. Over the years a number of people have stopped to watch me paint, take a picture, have a chat and end up buying one of my pieces. It’s much more exciting and productive than being shut away in a studio.

“The reason some of the paintings are on paper is because I have painted them while sailing and it is more conducive to use paper than a canvas while bobbing on the water. And from the sea I am able to get a totally different perspective and view of the island. That said, my favourite part of Mallorca to paint is the Tramuntana, the area between Deya and Valldemossa - all that coastline and the mountains, it’s a glorious setting and very inspiring.”

With her super yacht cap on, she cannot stress how important Palma is as a nautical hub in the Mediterranean. 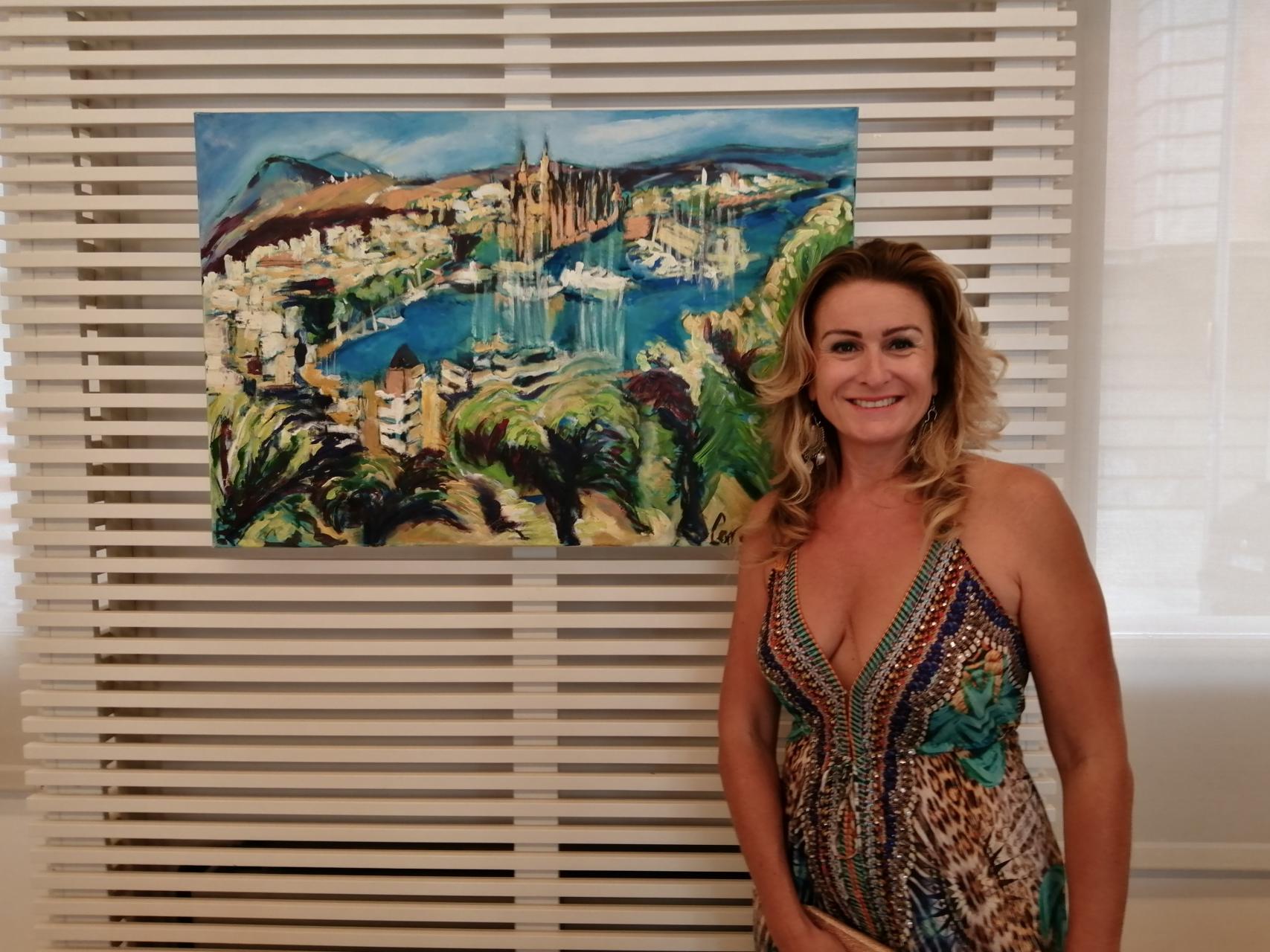 “When I was working in the industry in Malta, I tried to introduce some of the many features I had witnessed and experienced while working in Mallorca. Apart from the glorious sea and the sailing, the nautical infrastructure really is second to none at a global level.

“Over the years at sea I have visited many of the most popular nautical destinations from Asia to the Caribbean, not to mention the Mediterranean, and Palma really is the benchmark. It has set the level so high when it comes to the refit and repair industry as well as with the quality of the excellent ports and marinas. It’s an all-year industry which is so extremely important for the local economy. Many former captains have settled on the island, which has served to inject a huge amount of first-class experience into the industry and attract people from all over the world to Palma and Mallorca in general.

“Whenever I am consulting away from the island I use Mallorca as my example, be it the services in the industry or the quality of the regattas, and it’s only going to grow and continue improving.”

Her constant lust for travel and new experiences took her away from Mallorca at the start of last year. She and her partner moved to Lisbon just as the Covid lockdowns were being enforced and that is where she spent the pandemic.

“We tried to move about, I wanted to paint the glorious city, but we were restricted, so I set about painting Lisbon from memory and images I found on social media. I spent the pandemic painting - this exhibition in Palma was due to have taken place last year but for obvious reasons was postponed. My next exhibition, which was also lined up for December 2020 in Gouda Holland, is the next to open. But I will always maintain my connections with Mallorca, especially the Nit d’Art in which I took part for the first time. I will be back. I love it here.”