The dogs cannot be airlifted for the moment

Several emaciated dogs lie curled up in and around a walled, ash-covered yard cut off by volcanic lava in the mountainous area of Todoque on the Spanish island of La Palma, until a drone appears in the sky to drop packages with food and water.

They lift their heads to look and can be seen ambling towards the packages which they pry open with their teeth and paws to take on much-needed nutrition, drone footage provided by one of the companies in charge of the operation showed.

In a statement, the Island Council of La Palma thanked the two local companies - Ticom Soluciones and Volcanic Life - for feeding the dogs for the past five days. They are resolved to continue as long as safety and meteorological conditions allow.

The companies have been assisted by veterinarians who choose the nourishment and decide on portions befitting the situation.

The council told Reuters helicopters cannot fly in the area due to the hot air emanating from the lava and volcanic ash that can damage the rotors, so the dogs cannot be airlifted for the moment. 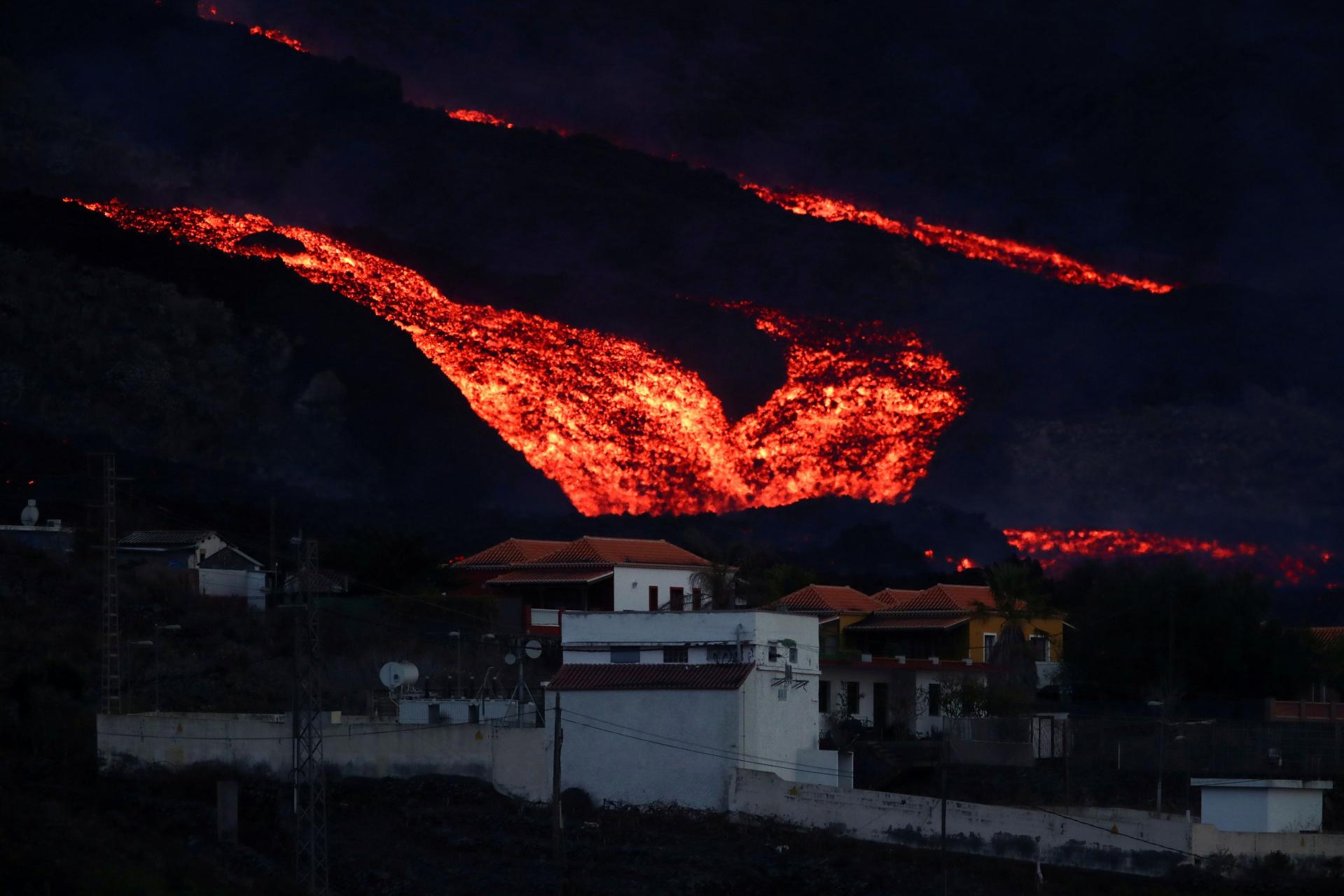 Elsewhere in La Palma, humans set up a makeshift animal shelter in a school playground to rehouse hundreds of pets made homeless when their owners fled the Cumbre Vieja volcano that erupted on Sept. 19.

With no end in sight to the flows of molten rock that have laid waste to nearly 600 hectares and some 1,200 buildings, and forced thousands to evacuate, authorities on Tuesday ordered another 700 residents to abandon their homes.

Is Amber Heard going to set up home in Mallorca?