The week in tourism

Cala Rajada had many visitors. | R.F.

Alex de la Iglesia is a Spanish film director noted for his dark comedies, horror and the use of the grotesque. During the opening presentations for the International Festival of Fantastic Cinema in Sitges (which ends on Sunday), he spoke about his latest film.

A group of young Spanish tourists travel to Venice with, as the blurb for the film explains, “the intention of having fun but oblivious to the problems that surround them”. “The agony of the last decades in Venice has unleashed the ire of Venetians. To stop the invasion (tourism), some have organised themselves.” The survival instincts of the city’s dwellers mean that the Spanish tourists will be “forced to fight to save their own lives”.

Prior to the pandemic, overtourism in Venice was a very real issue, as it was in Palma. It continues to be an issue, the city now having banned large cruise ships from entering the lagoon. At the same time, the pandemic has exposed just how much certain cities are reliant on tourism. Alex de la Iglesia’s film is perhaps, therefore, somewhat inopportune, but he had come up with the idea before the pandemic when he visited Venice and recognised that he was as “guilty” as others for a “city that is disappearing because of people like me”.

He says that the film, as in real life, shows that people who visit cities “see reality through a mobile phone and turn reality into a kind of theatrical performance”.
And highly theatrical it is too, if the trailer clip for the film is anything to go by. De la Iglesia’s feel for horror continues.

Tourism - what’s in a reputation?

The pandemic, it is fair to say, has affected the reputations of countries, be this positively or negatively. To some extent, the pandemic impact on perceptions of reputation matches how countries are viewed in any event. In this regard, a report from the Spanish Real Instituto Elcano and the Reputation Institute reveals little that is unexpected.

Topping the rankings are the Scandinavian countries, Switzerland, Canada, Australia and New Zealand - all of them perceived as “peaceful actors in international relations with quality democracies”. 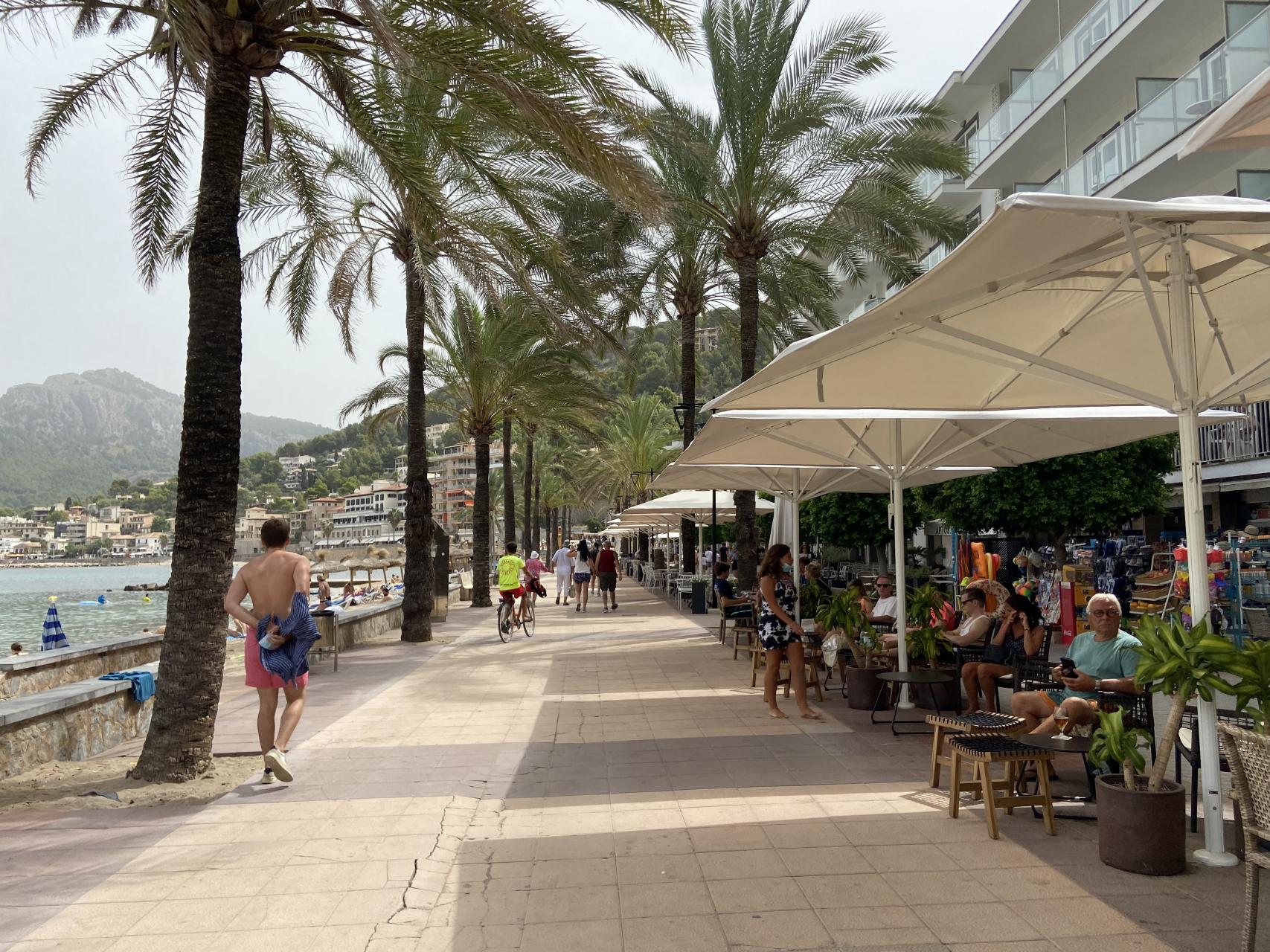 The survey of 24,000 people from 24 countries was conducted between January and March this year. While the prestige of most countries has declined because of the pandemic, certain ones have been affected more than others.

The USA is down to position 35, indicative perhaps of what the report refers to as a generalised “bad mood” that has led to countries and their leaders being judged more harshly. In other words, the state of a country’s politics is as much a factor as has been the handling of the pandemic. On top of this has been the management of uncertainty.

Where Spain is concerned, the fall is by one place from thirteenth to fourteenth, but with tourism there is a rise from 14th to ninth. The pandemic has in fact reinforced the country’s tourism reputation, this assessment taking account not just of perceptions in other countries but also internally. The president of the Real Instituto Elcano think tank, José Juan Ruiza, observes that tourism is viewed as one of the “great levers” to offset economic decline caused by the pandemic. This shows that tourism offers the “capacity for resurrection”.

The lengthy report highlights factors for which Spain is particularly valued. Heading this list is the natural environment. Others include quality of products and services, lifestyle and friendly people.

This is all stuff that should be music to the ears of Spain’s politicians as they set about economic revival, although the politicians can take little comfort from an internal evaluation of a political system that scores well below other countries. A reflection of the instability of recent years, this does also point to an ability to deliver and to apparent political priorities - tourism being one of them.

The long-term goals of tourism sustainability aside, the immediate short-term needs of recovery have to be given at least equal weight. While overall reputation is down slightly, tourism reputation - against a background of all the difficulties served up Covid - has risen. Politicians would do well to reflect on this contribution to national reputation.

Priorities will no doubt be debated now that the Spanish government has revealed its 2022 budget intentions for tourism. In total, there is a 32% increase in the allocation for trade, tourism and small to medium-sized businesses. This is to rise to 2,932 million euros, of which 1,727 million will be for tourism.

The budget text states that “the success of Spain as a tourist destination should be evaluated in terms of its ability to produce quality of life, quality of stay, quality of service, diversity of offer, and the creation and quality of jobs, prosperity and competitiveness”.
Plenty about quality, therefore, but is this any different to what objectives have been in the past, or should have been in the past? It won’t be, but the pandemic has demanded an urgent response.

At time of writing, the budget draft notes that Spain has so far lost 32.5 million foreign tourists this year and 27,217 million euros of foreign tourist spend. The crisis brought about by the pandemic will require “extraordinary and continuous action”.
What any of this means for Majorca we don’t know yet.

The national ministry of industry, trade and tourism is to “work for a recovery of mature destinations”, and so one hopes that this recovery might genuinely extend beyond the usual suspects of Playa de Palma and Calvia resorts (Magalluf, Paguera, Santa Ponsa). Meanwhile, the national tourism agency, Turespaña, is to have a budget of 253 million euros for promotion, which the government sees as fundamental to the “necessary reactivation ... and transformation of the tourism sector”.

The pandemic has most certainly exercised minds, and far greater attention is being paid to promotion than has been the case. Places in Spain, such as Mallorca, don’t just sell themselves. There’s a big wide world of competition out there and not just the obvious competitors like Turkey. It has taken this crisis to hammer home the message how important tourism is.