A woman works on tracksuits inspired by Netflix series "Squid Game" at a clothing factory in Seoul. | KIM HONG-JI

Many small business owners in South Korea recognise themselves in the cash-strapped characters of the wildly popular Netflix drama 'Squid Game', who vie desperately for a chance to win $38 million, exposing a debt trap that is all too familiar.

Nearing retirement at 58, Yu Hee-sook paid off her debts long ago, but still gets calls from collection agencies threatening to seize her bank accounts, as the loans got securitised and sold to investors without her knowledge. 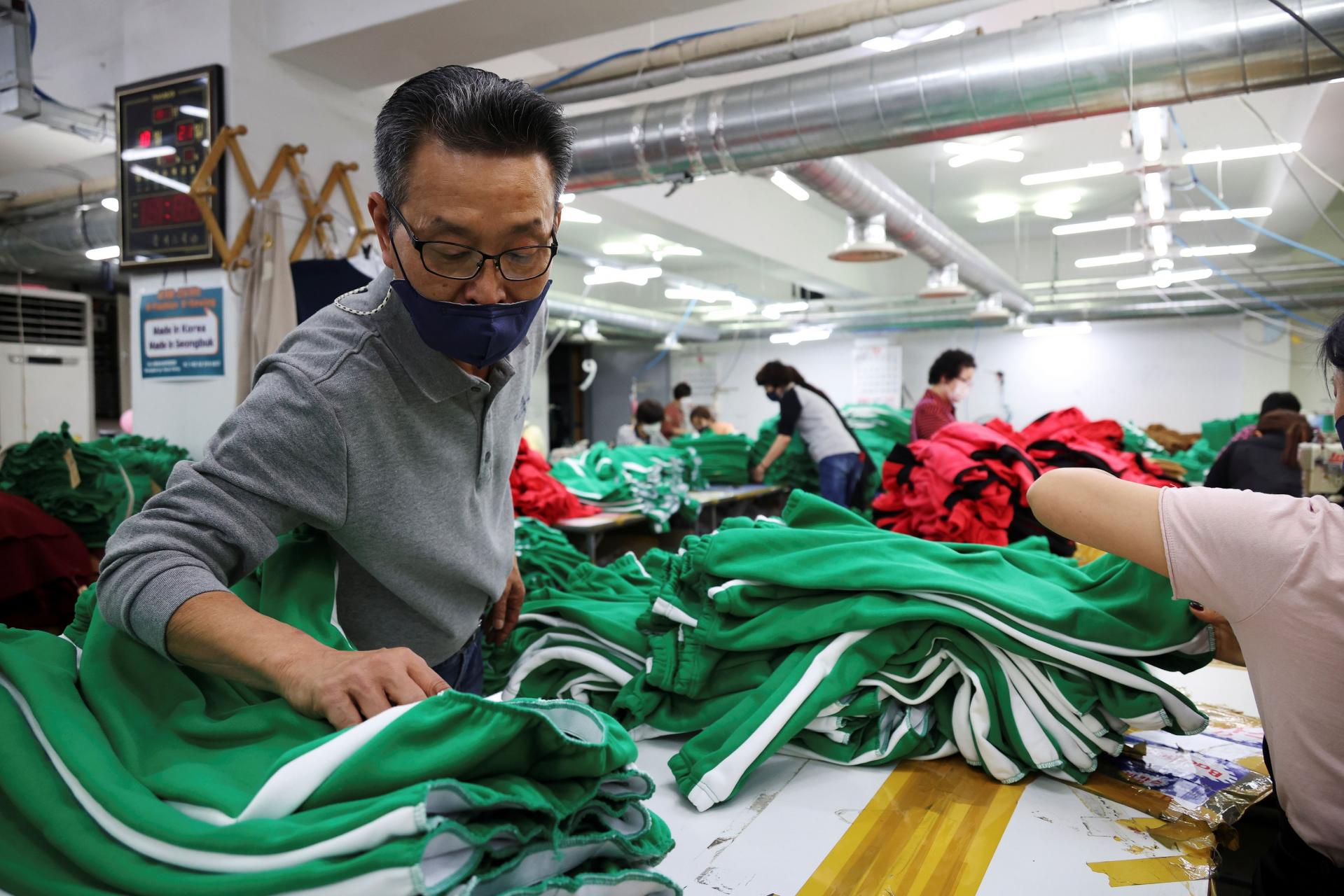 "In Korea, it's like the end of the world once you become a credit delinquent," said Yu, who got by on small jobs, such as writing for movie magazines, during the 13 years it took to pay off the debts she incurred over a movie that flopped in 2002.

"All I wanted was chances to repay debt, but banks don't let you make money," added Yu, who feels trapped in an unforgiving life-long ordeal, just like the 456 game show contestants of the 'Squid Game'.

While foreigners may associate South Korea with the boyband BTS and sleek Samsung smartphones, the drama points to a dark flipside of rising personal borrowing, the highest suicide rate among advanced nations, and the rarity of getting free of debt.

Personal bankruptcies soared to a five-year high of 50,379 last year, court filings show.
The proportion of those falling behind on more than one type of personal debt payment has risen steadily to reach 55.47% by June from 48% in 2017, figures from the Korea Credit Information Services show.

"If Donald Trump was a Korean, he probably couldn't have become the president, having been bankrupted many times," said a lawyer in Seoul, who specialises in personal bankruptcy. 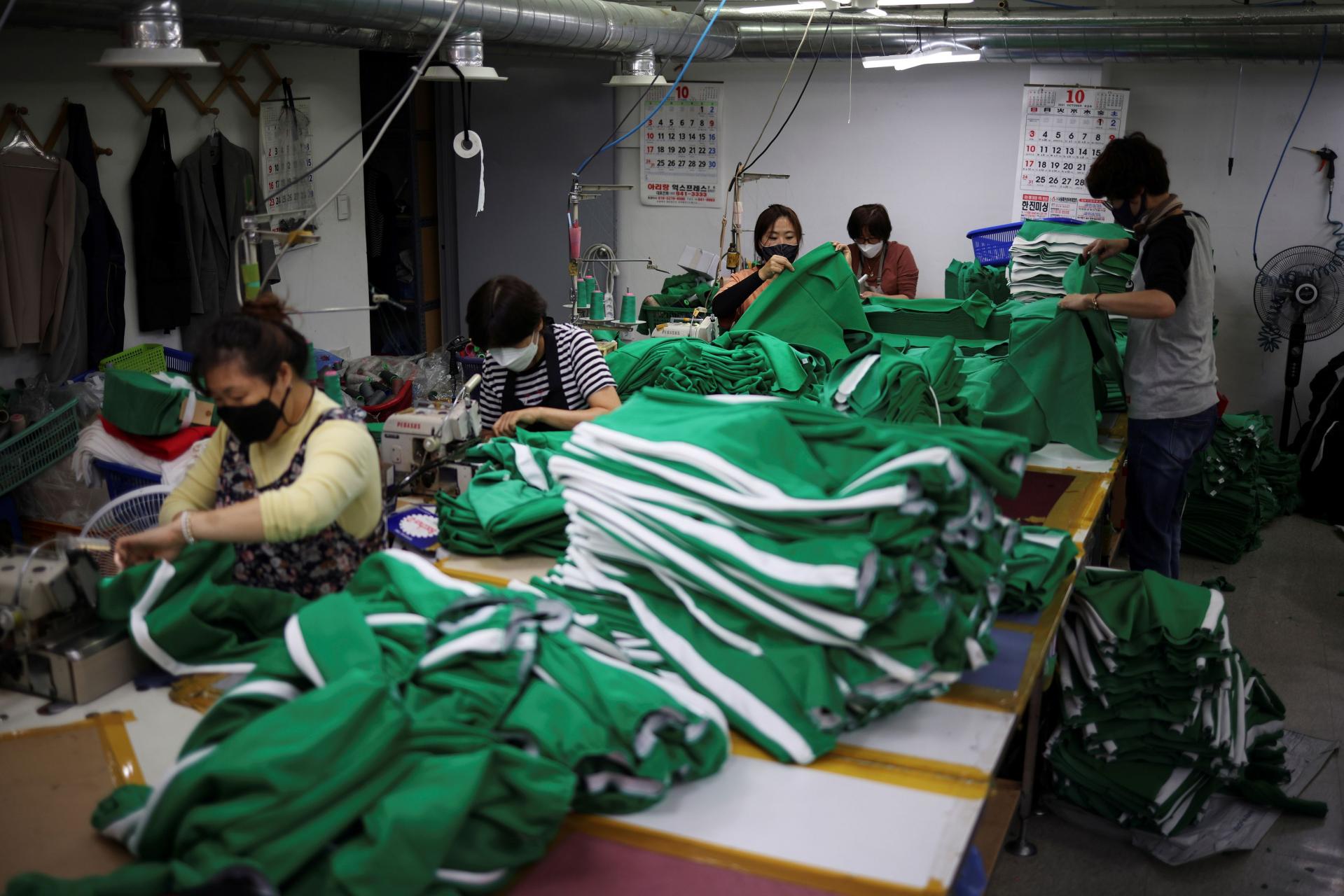 "In the United States, corporate debt is more separated from personal debt."

An inadequate social safety net for small entrepreneurs and the lack of a rehabilitation programme for failures spell risks that could drive some South Koreans desperate, and banks often ignore a five-year limit to destroy insolvency records.

"Due to traditional practices in the banking industry, business owners in South Korea face high likelihood of taking the debt burden from the business they run," said bankruptcy judge Ahn Byung-wook.

Banks often demand that business owners stand as joint surety for the firm's borrowing, a practice the government banned for public financial institutions in 2018, although three owners told Reuters some providers persist.

Applicants for business loans who have poor credit ratings or a history of default need guarantees from state-run financial institutions in South Korea.

"Culturally, failed entrepreneurs are socially stigmatised, so starting over is hard, as people don't trust them," added Ahn, who has spent four years at the Seoul Bankruptcy Court.

"On top of that, those who file personal bankruptcy face a long list of restrictions on employment."

The numbers of South Korea's self-employed rank among the world’s highest, forming a quarter of the job market, making it vulnerable to downturns. A central bank study in 2017 showed that just 38% of such businesses survive three years.

Still, as economic prospects dwindle, with South Koreans chasing fewer good jobs amid surging home prices, many are betting that speculation is the only route to wealth, and have taken on more debt than ever to buy stocks and other assets.

Household borrowing is roughly equivalent to GDP at a record 1,806 trillion won ($1.54 trillion) in the June quarter.

"The government encourages startups but they don't take care of the failed businesses," said Ryu Kwang-han, a 40-year old entrepreneur who exited the debtor rehabilitation programme in 2019 but still struggles to get loans.

"How is this different from 'Squid Game' if there's no second chances?"

The global sensation has been watched by 142 million households since its Sept. 17 debut, the world's largest streaming service has said, helping Netflix to add 4.38 million subscribers.