With axes and stones, women make their mark on traditional Basque rural sports

Women lifted heavy stones up to their shoulders and swung axes during the Women's Championship of Herri-Kirolak - or Basque sports - as a new generation aims to change attitudes in the traditionally male-dominated sport. 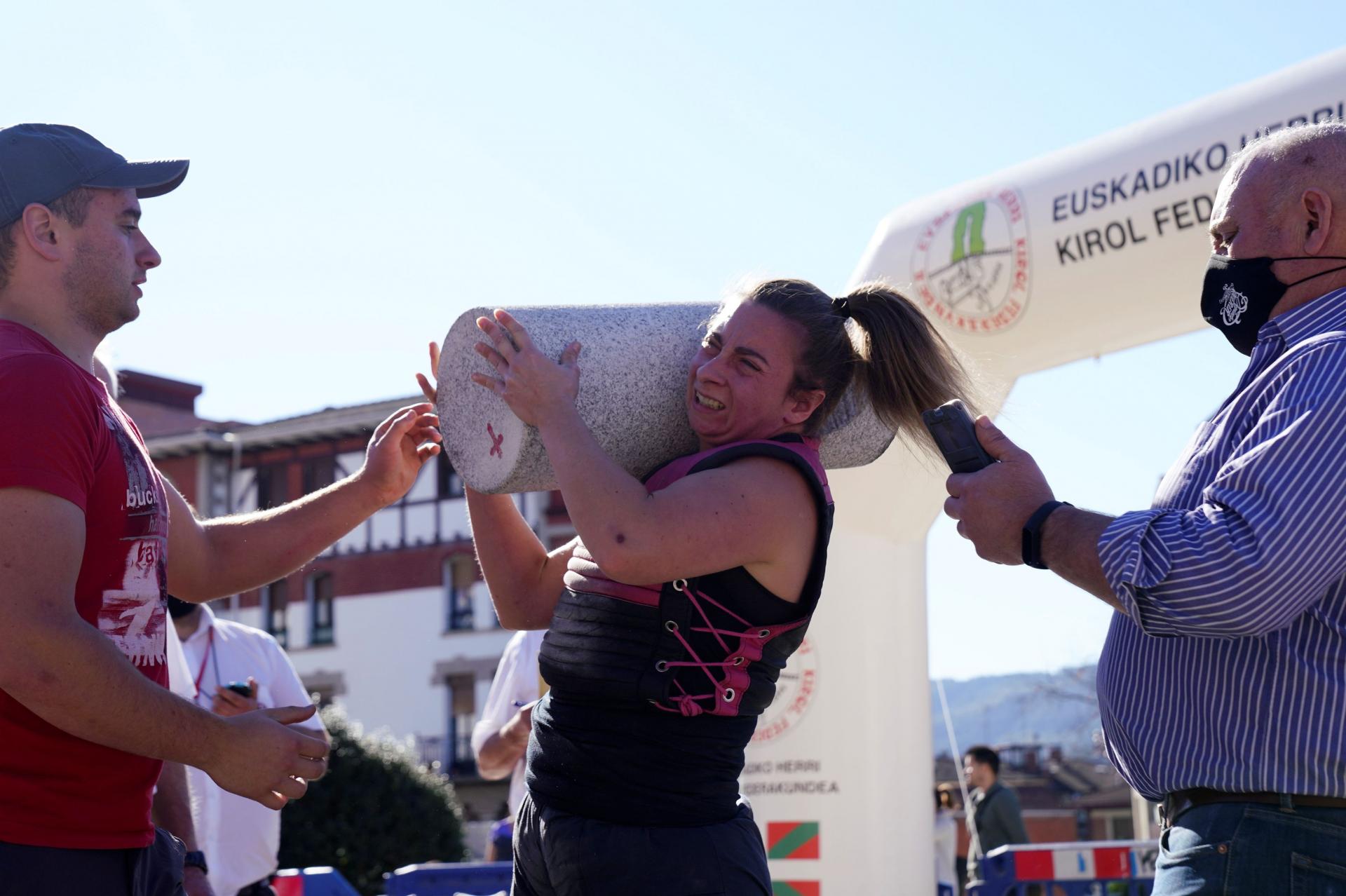 The town square in Mungia in northern Spain was packed with spectators to cheer on the female competitors, who are still a relatively unusual sight in the events. 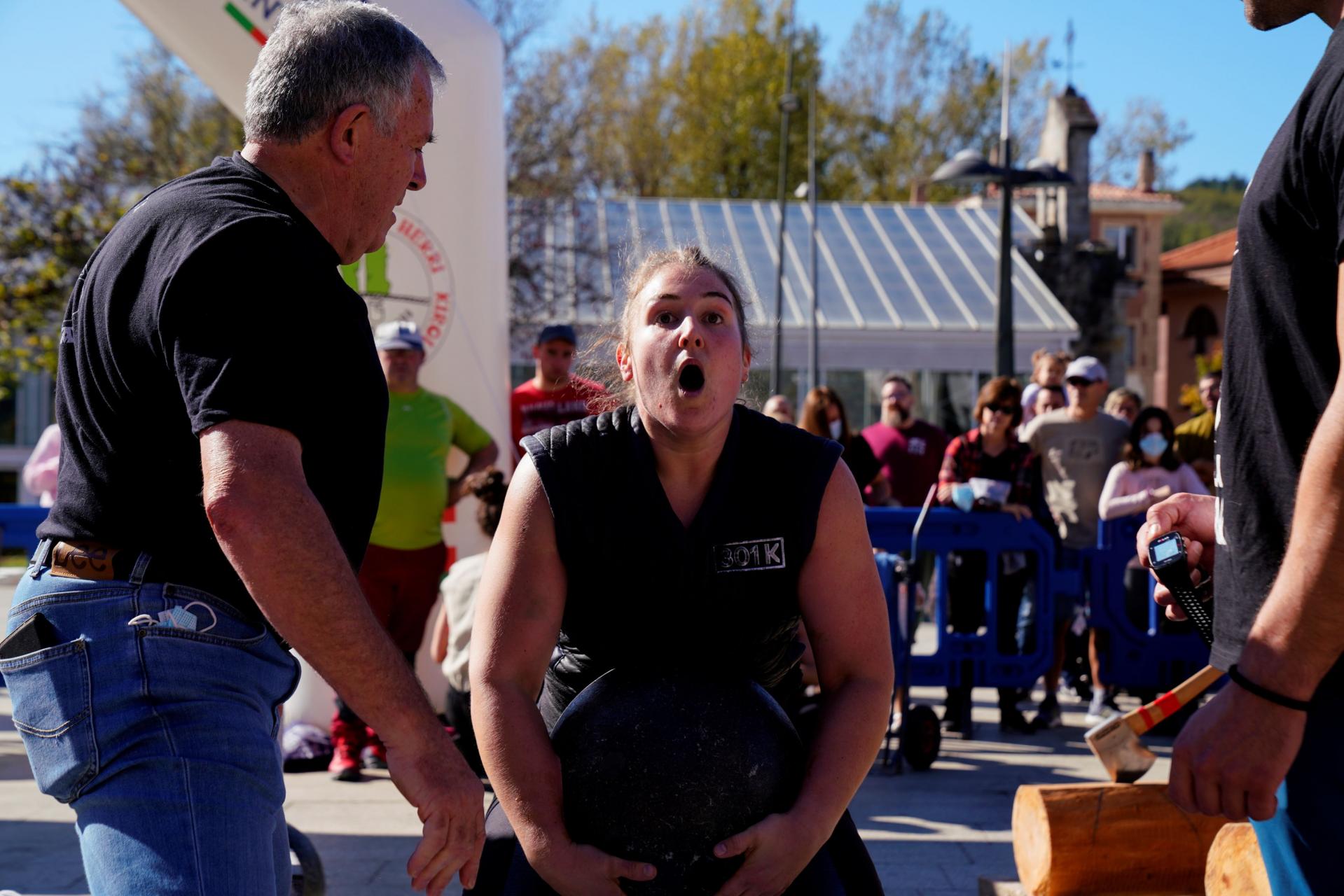 "Herri-Kirolak originate with the work of the farmhouse. In the farmhouse, men, women, girls, boys, grandfathers and grandmothers all worked. It didn't matter about age or gender. But in competitions it was always men," said reigning stone-lifting champion Karmele Gisasola, whose father was a stone lifter. 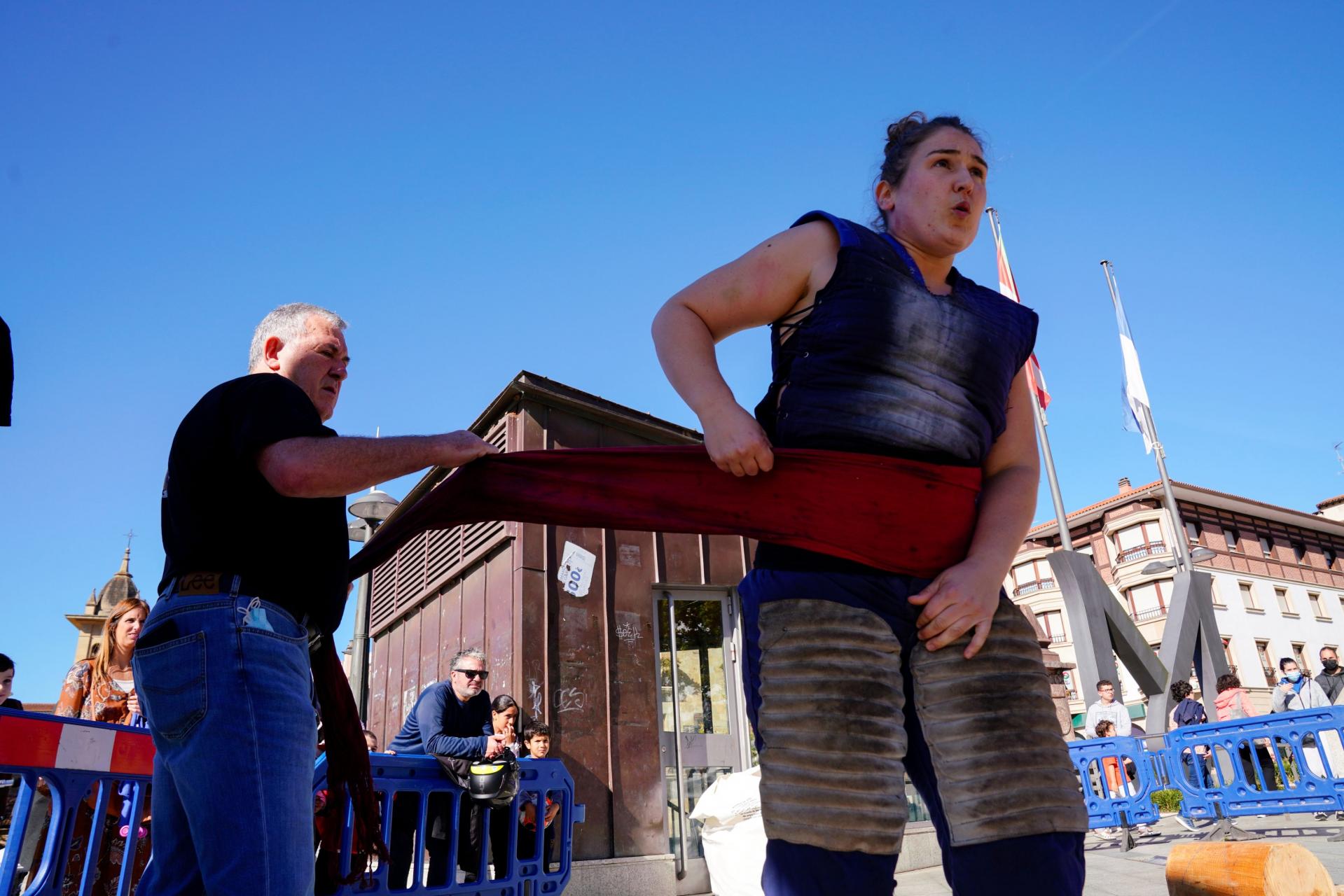 "My grandmother, although she lifted stones at home, never had the opportunity to compete. Things have been more difficult for us, without role-models, but now we have championships and we are progressing."

The 18 categories of traditional Basque sports take inspiration from the region's rocky terrain and farming traditions. They include stone lifting and dragging, wood chopping and sawing, scything and running with milk pails.

Competitors said they had been encouraged by people's response to the growing presence of women in the sport. 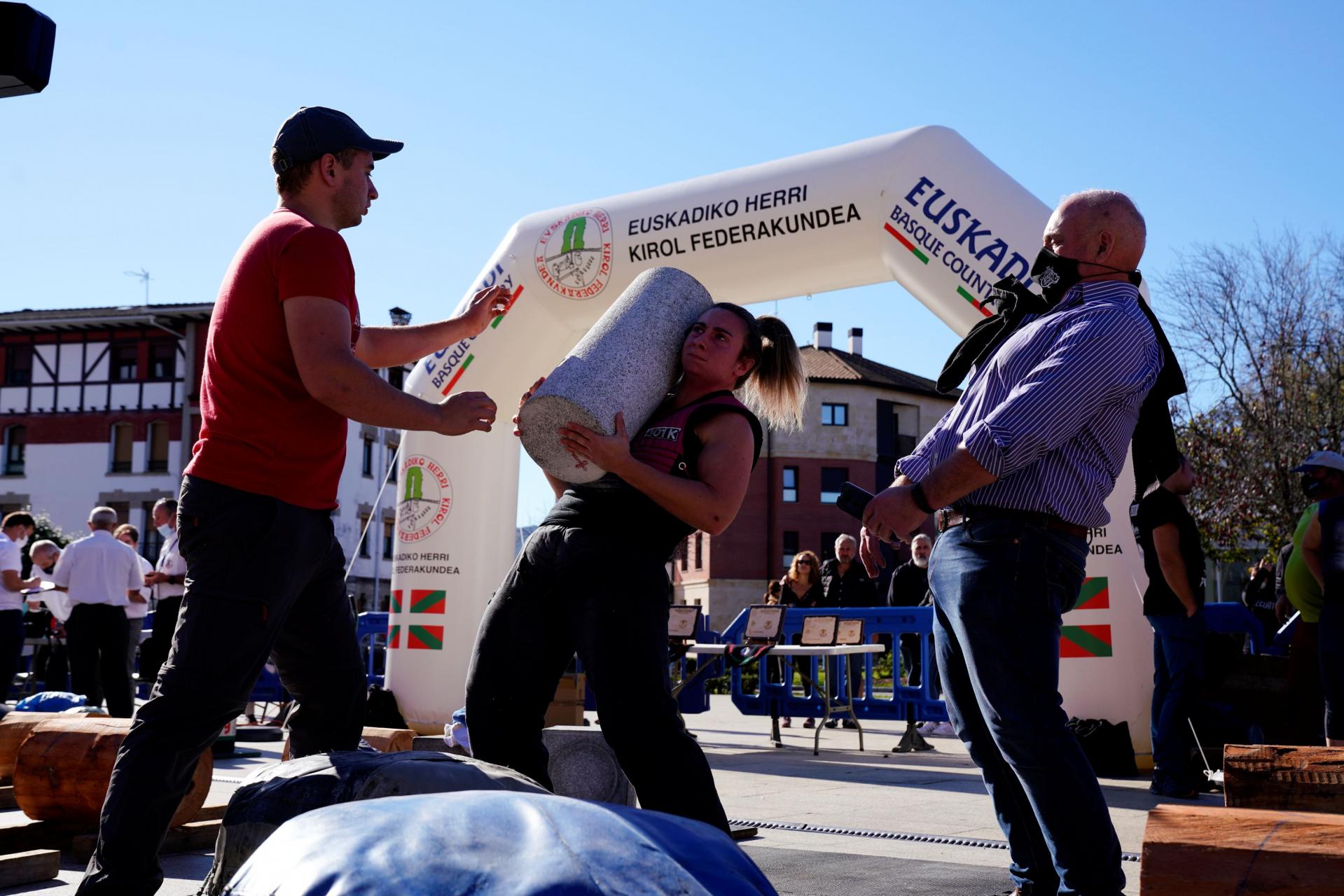 "The girls are just starting. But I don’t care if it is boys or girls, the main thing is to keep things progressing".