Sending out an SOS - the year in the north of Mallorca

These fires occurred outside of the special fire protection period from May to October. | BOMBERS DE MALLORCA

Llorenç Gelabert is the mayor of Sa Pobla. He is also the owner of Gràfiques Gelabert, the Sa Pobla-based printing company. In February, the mayor having wanted to show his support, the first 500 SOS Turismo posters rolled off the print machines at Gelabert.

If there has been one abiding symbol of 2021, it has been the SOS Turismo motif. It was adapted in numerous ways. One was SOS Esports. In March, the Olympic canoeist Sete Benevides read out a statement in Puerto Pollensa calling for “a genuine and ambitious vaccination plan” before groups of cyclists set off from the yacht club to Puerto Alcudia, Playa de Muro and Can Picafort.

They were greeted and supported by mayors and many others. Llorenç Gelabert had understood the mood earlier than most. It was a mood of sheer pessimism. Sete Benevides was demanding vaccination, as this looked as if it could be the saviour of the season. In February and March, it was touch and go. The cycling tourism season had meanwhile been decimated.

Come the first of May, and the official start to the season, and Alcudia had its sunloungers and parasols out on the beach. German tourists had been coming since Easter. But what about the Brits? Finally, on May 17, Boris Johnson gave something of a go-ahead, although a summer of ongoing uncertainty was endured because of the frequently changing traffic lights. 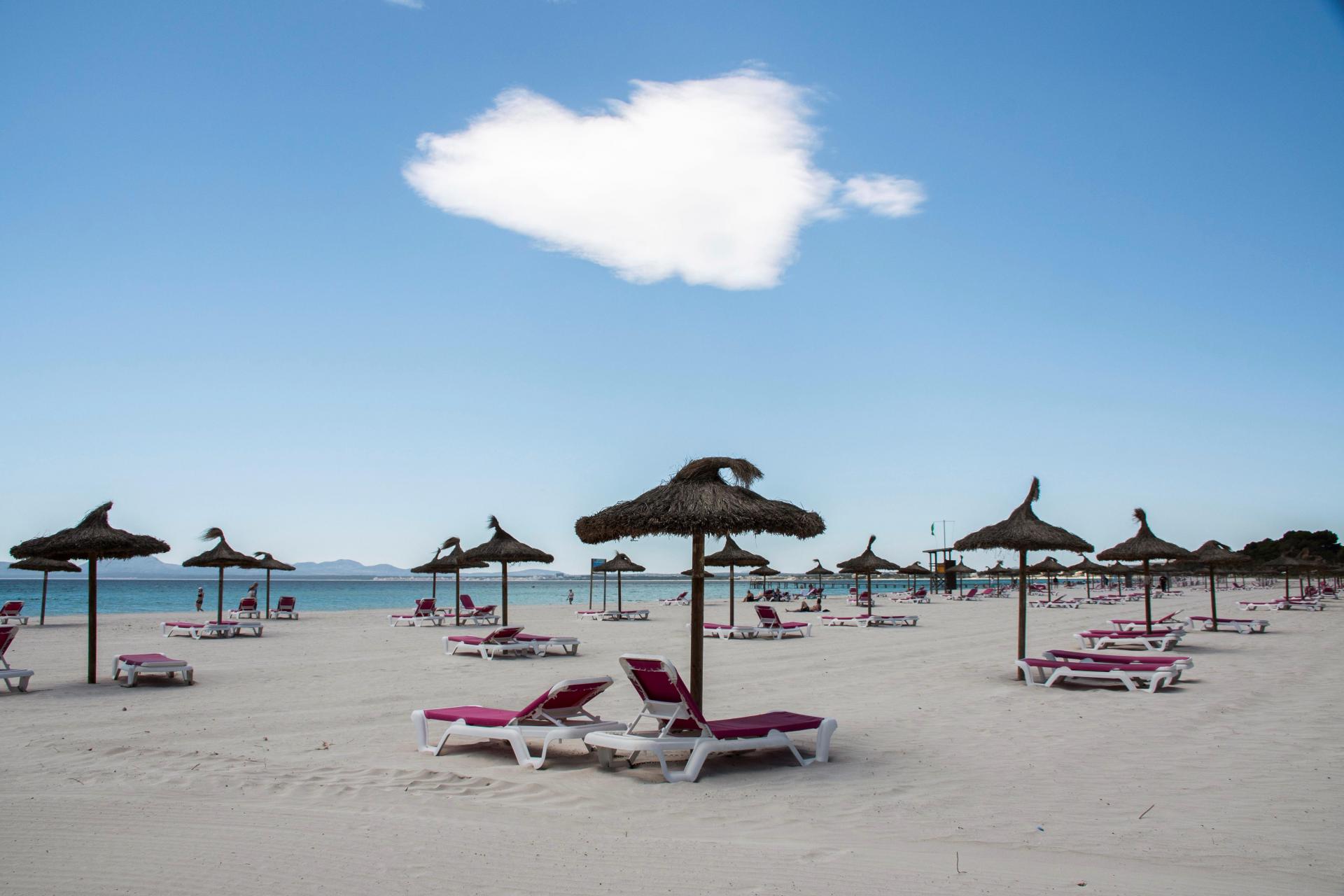 As things were to turn out, from June the season was reasonable. No more than that. And as we come to the end of the year, uncertainties have returned. Despite the vaccination, there is another wave and there is also Omicron. We would have hoped that the SOS could have been stood down. Right now, we can’t be sure.

At the start of January, Muro town hall bowed to the inevitable and officially called off the Sant Antoni fiestas, Pollensa and Sa Pobla having done so before Christmas. Covid fate isn’t repeating itself exactly, as the intention is for Sant Antoni 2022 to be more or less normal (subject to limited numbers). But as Christmas nears, so fears for the fiestas have increased.

For those who don’t live in the north of Mallorca, it may be hard to appreciate just how important Sant Antoni is. The fiestas are island-wide but the roots are deepest in the north and east. A second fiestas’ disruption would be as intolerable as a third season of tourism disruption.

The cancellation of Sant Antoni was mirrored by the loss of the Kings’ parades. In Alcudia, there was instead a motorised parade around the municipality. Police sirens blaring and competing with the music, the Kings passed by in their limousines, a great contrast to the usual horses. The passing-by was quick, but it was the effort and the thought that mattered. 2021 had started. It was not as it should have been, though, and the SOS alarm was soon sounded. In many other respects, 2021 was a very normal year, especially at Pollensa town hall, where hardly a week passed without there being some reason to attack the administration over the state of the beaches - be this because of spills or lack of services.

In February, for instance, there was the pouring of sand on troubled waters. The Associació de Defensa del Port de Pollença posted two images side by side - one was of stagnant water on the beach in Puerto Pollensa, the other was of an earthmover on the beach. More appropriately a sandmover, as the machine had been deployed following the original posting of the stagnant water photo. The water was covered by sand. Mayor Cifre issued an assurance, as he was always able to. There was no problem. The water covered by sand had not been contaminated, while the work complied with instructions from the regional ministry of the environment. 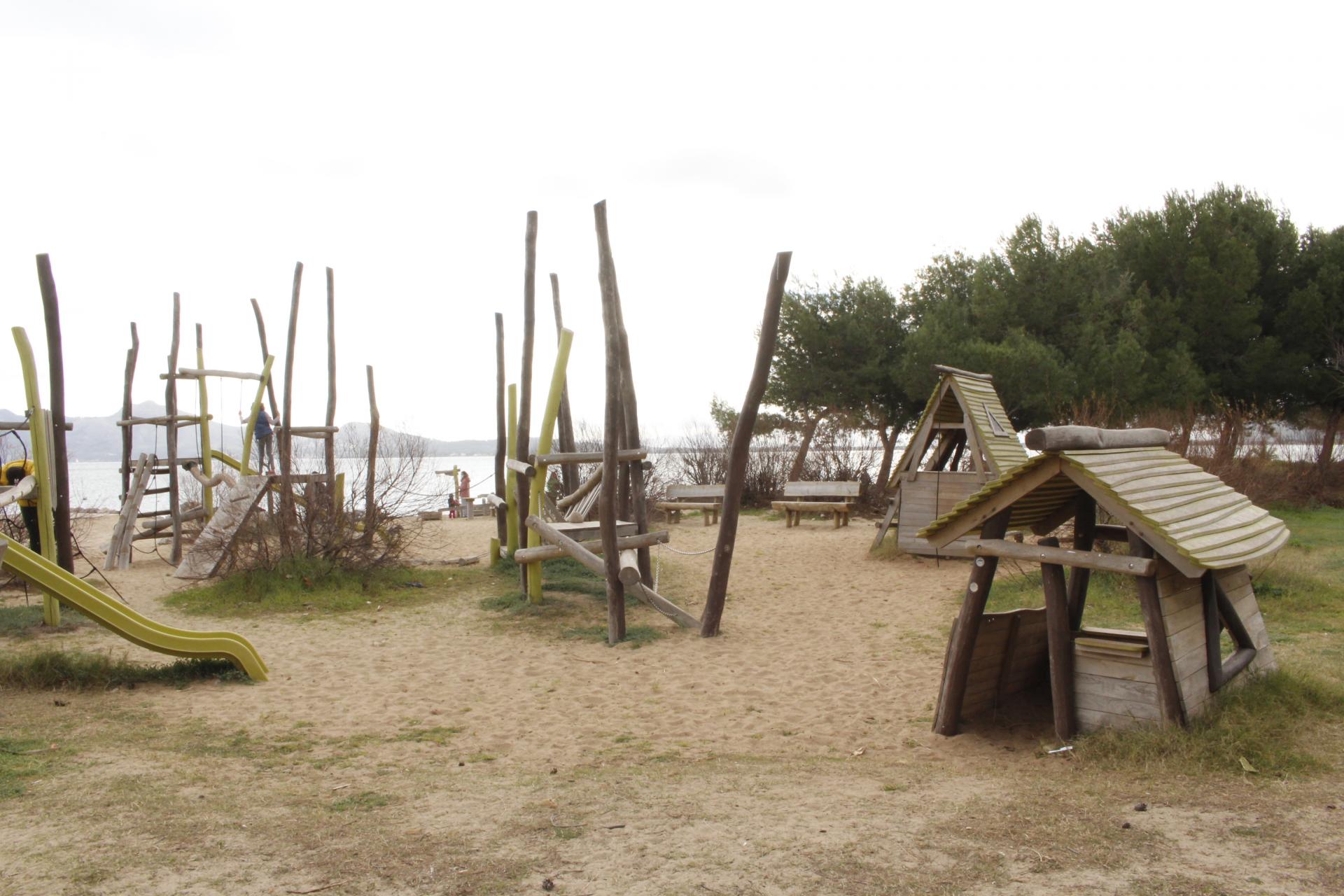 This same ministry was involved in a different type of beach controversy. It had alerted the Costas Authority to children’s play areas and to picnic tables in Puerto Pollensa. The Costas appeared to take a dim view of these. They had to go. There was a protest. Mayor Cifre and his administration vied with an outraged opposition for bragging rights as to which side was defending the play areas and picnic tables the most. Eventually, the Costas relented, and the impression left was that someone had had a quiet word somewhere. The whole business was a nonsense.

Pollensa town hall was to be consumed by scandal, one that has still to be resolved. The councillor for social welfare, Francisca Cerdà, was accused of vaccination queue-jumping - her first jab was just three days after the vaccination campaign started. She and Tomeu Cifre were also being given regular PCR tests, paid for with public money. She lied and said she hadn’t been vaccinated when she had been. The Anti-Corruption Office was alerted twice by a furious opposition.

In the Pollensa and Alcudia countryside, meanwhile, it was fire that was doing the consuming. Around the same time in February, there were fires in the Son Fe area of Alcudia and on the Ariant finca in Pollensa. The Ariant fire was the worse of the two. It was the worst of the year in Majorca - some fifty hectares were burned. The second worst - around 20 hectares - was in November on the Coll de Síller behind Puerto Pollensa.
These fires occurred outside of the special fire protection period from May to October. They surely had to exercise minds at the environment ministry.

Once the season was under way, there was utter amazement that the Spanish students’ end-of-course trips at Bellevue had returned. The situation was not comparable with what occurred in Arenal, but there were some positive cases among the students. Questions were asked at a council meeting not just because of the Covid angle but because of the anger of residents regarding these trips.

Mayor Barbara Rebassa said that the town hall had spoken with Bellevue and was sending a letter telling Bellevue that the “situation cannot continue and that they (Bellevue) must control this type of tourism”. The tourism minister, Iago Negueruela, was meanwhile talking about bringing an end to this type of tourism. 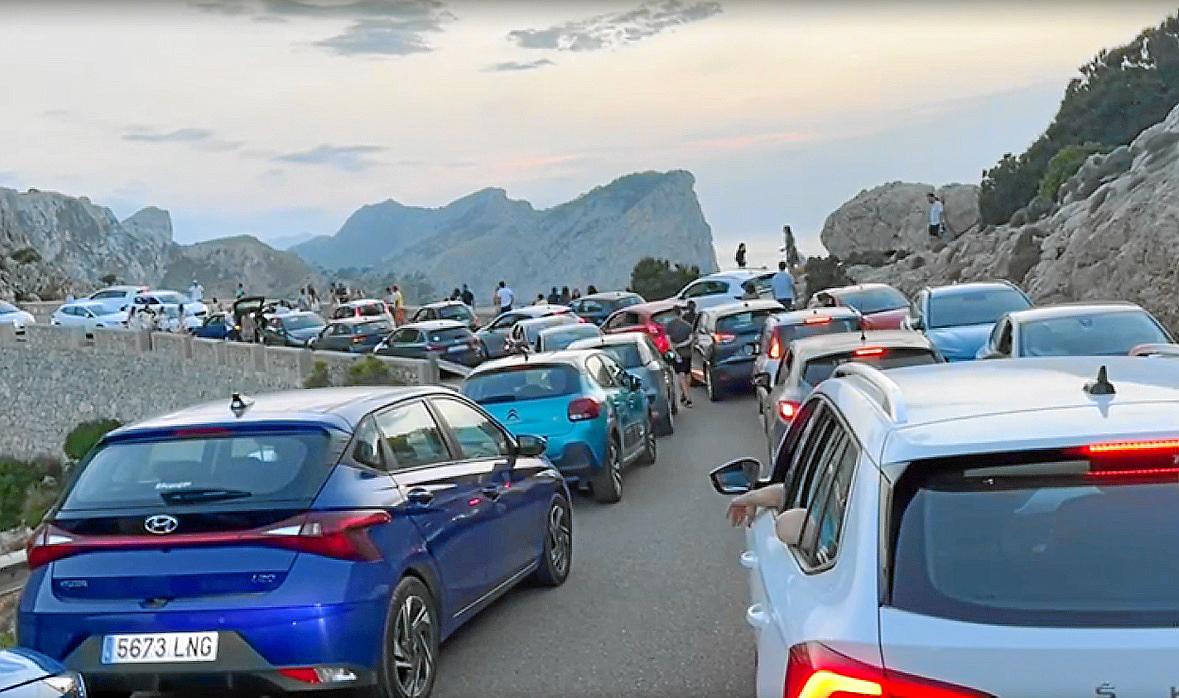 For Formentor, there were added traffic restrictions as from June 15. These now started in Puerto Pollensa, and so fines for unauthorised vehicles could be incurred for driving past the “information personnel” who were supposedly on hand to inform drivers. The town hall was in favour of these new rules, even if this meant that Mayor Cifre was denied a pass. Being a mayor wasn’t a reason for getting driver authorisation.

It was to transpire that someone had forgotten to officially publish the new regulations on time, so two months’ worth of fines’ revenue was lost. And while the restrictions were all about preventing “saturation”, many a visitor took advantage of their ending at 7pm in order to head up to the lighthouse and other spots to watch the sunset. Once the restrictions ended completely, on September 15, saturation returned.

New arrangements for 2022 are due to be confirmed any time now. Whatever they may be, here’s hoping they really are needed. May the SOS be finally over.

As a little add on, Alcudia’s Xmas run and now the famous New Year’s Eve party in the square has been cancelled. Sad times :(