Christmas Lights of Palma, Past and Present

Christmas lights are part of the typical picture postcard of Palma but a search in the newspaper archive reveals unusual images of the city, a sample of the historical evolution of Christmas decoration and its streets. These are days to immerse oneself in nostalgia and discover an almost forgotten Palma, even in the Christmas lights there have been trends that have been left behind. 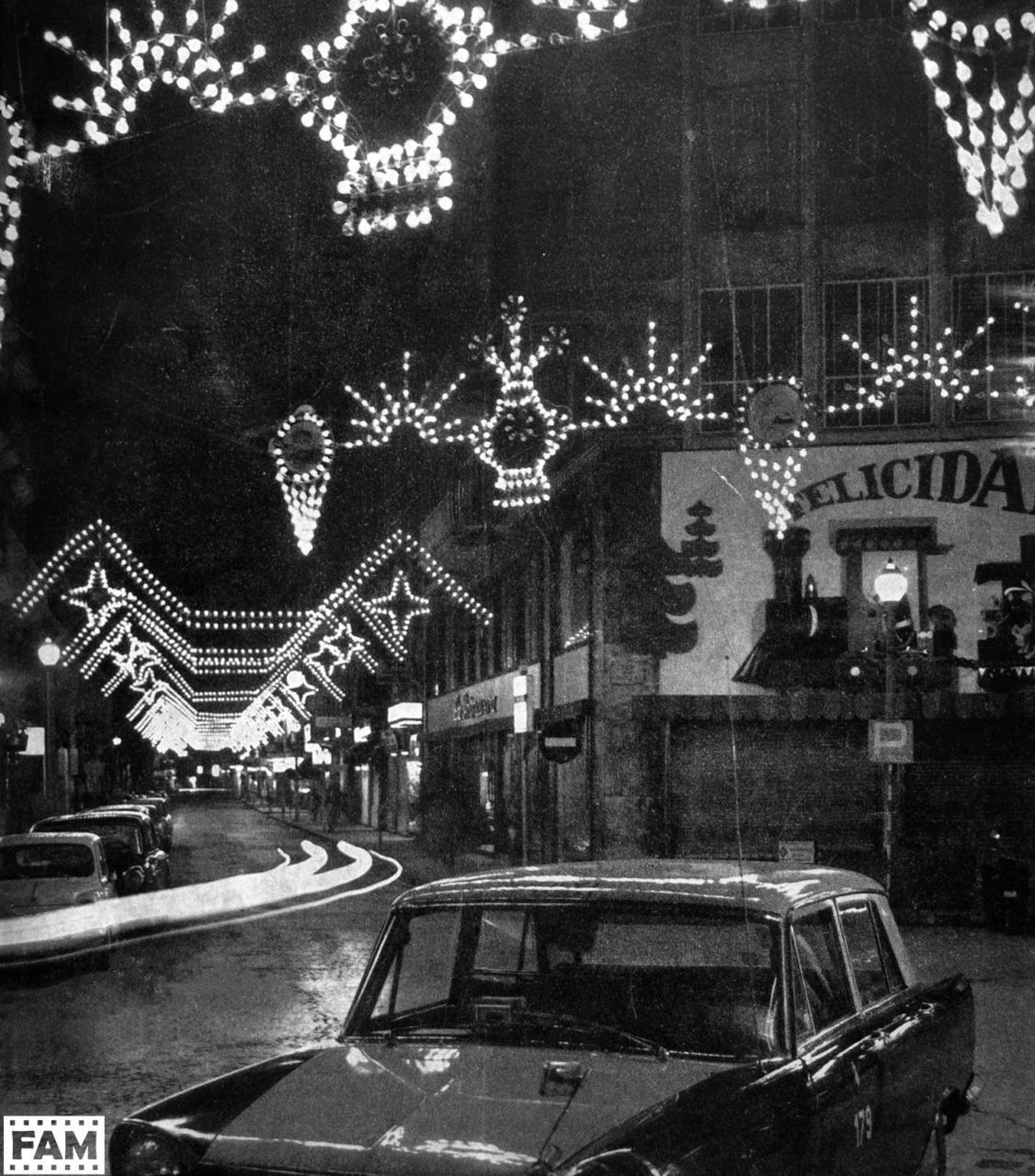 According to a veteran of the Palma City Council, "at the beginning the Christmas lights were very precarious. The Patronato Municipal de la Iluminación Ornamental had been created, formed by the City Council and the different trade associations". At that time, the shopkeepers were in charge of the investment in the lighting and the Consistory made the purchases and installed them. "They were handmade decorations on iron structures that had the shape of a fir tree, Santa Claus or sleigh, just like the fair garlands". 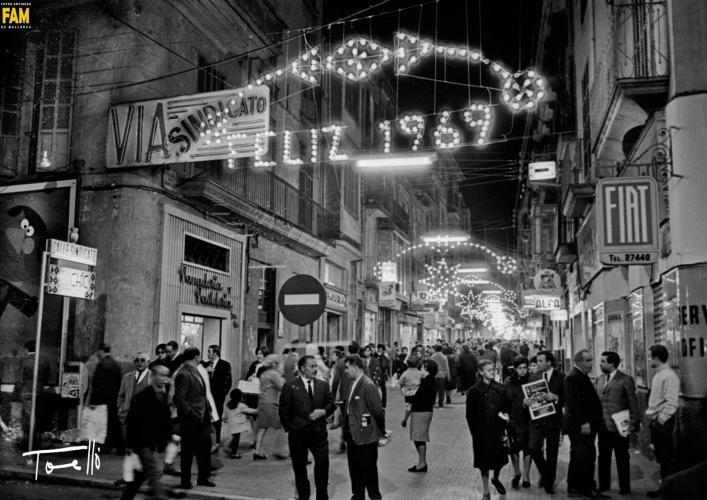 This is how, for example, the decorations on Sindicato Street looked like in the 1960s.

At that time, "a single street could use up to 1,500 watts, which is now unthinkable thanks to LED lights, where a tree full of lights uses only about 50 watts.

In the first Christmas illuminations, the bulbs were screw-in, although they unscrewed very easily, even with a gust of wind.

According to the same municipal sources, about 15 years ago, 25-watt bulbs appeared and from there they switched to luminous tubes, although "shopkeepers complained that there was not enough light". 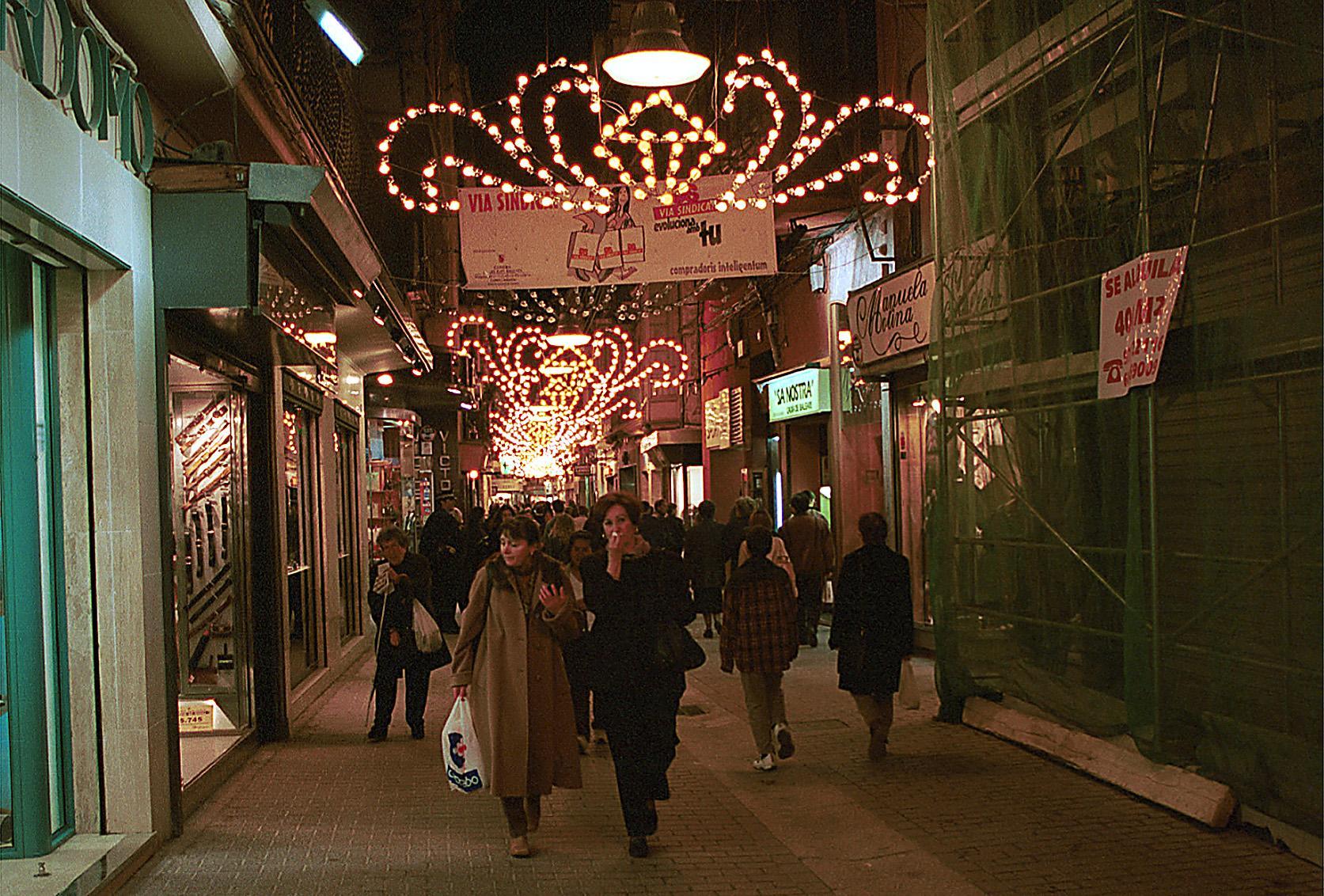 Just a decade ago, LED lighting appeared, which means a much lower energy costs than before and also allows the illumination the trees, as happens now in the Born or 31 de Desembre street. 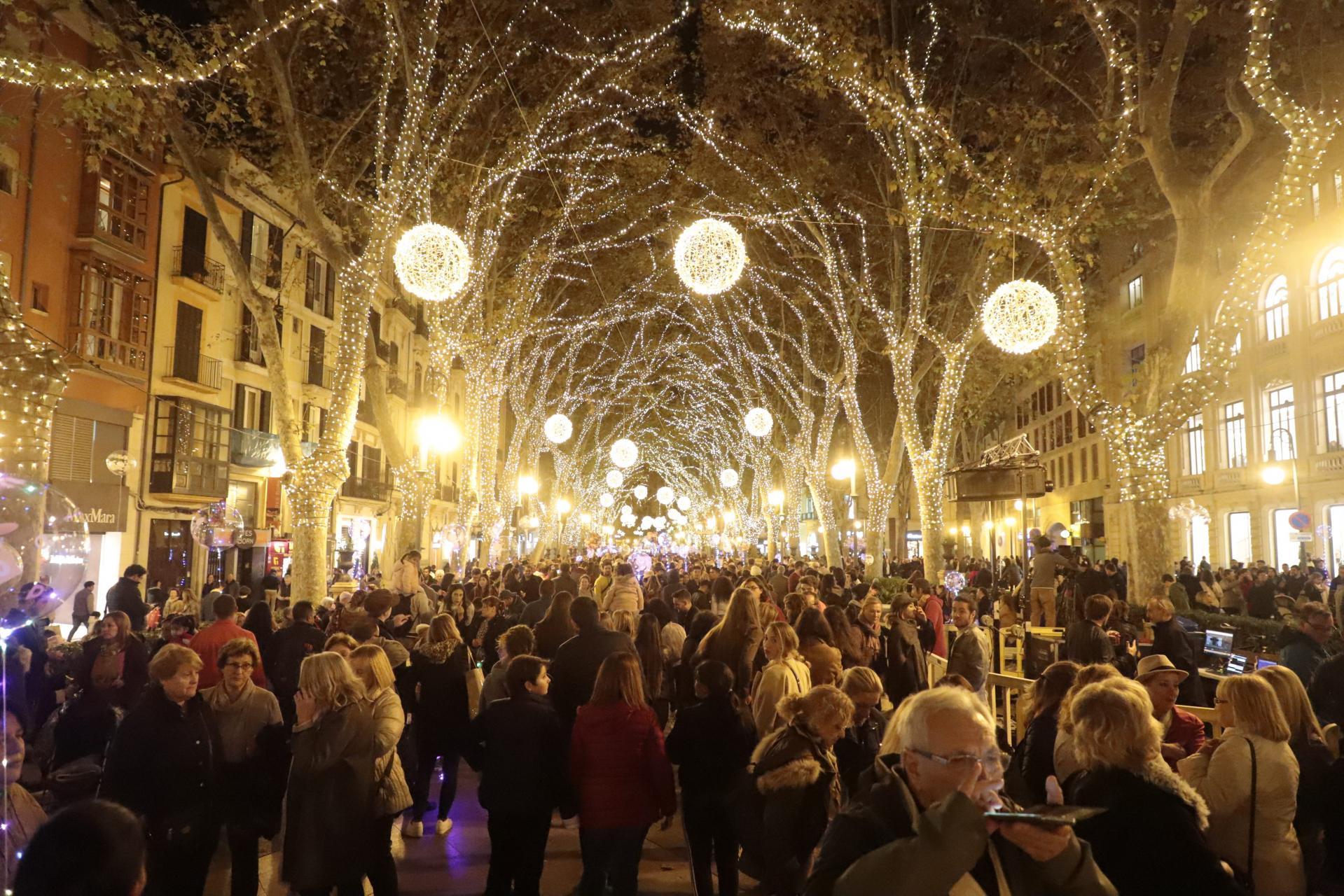 In the 60s only 20 streets were illuminated, now it there are 135 streets and squares of Palma with festive lighting.