Rivers of lava destroyed around 3,000 buildings and scores of fields covering 1,219 hectares

Two bare pine tree trunks remain standing inside the jagged and colourful main crater of the volcano on the Spanish island of La Palma, while gas emissions and high temperatures continue though they are easing a month after the eruption ended.

A Reuters crew was on Friday granted rare access to the edge of the volcano's craters with a team from the Canary Islands Volcanology Institute (Involcan), who went inside one of the six craters to measure gas emissions and temperatures and check that their monitoring stations were functioning well. 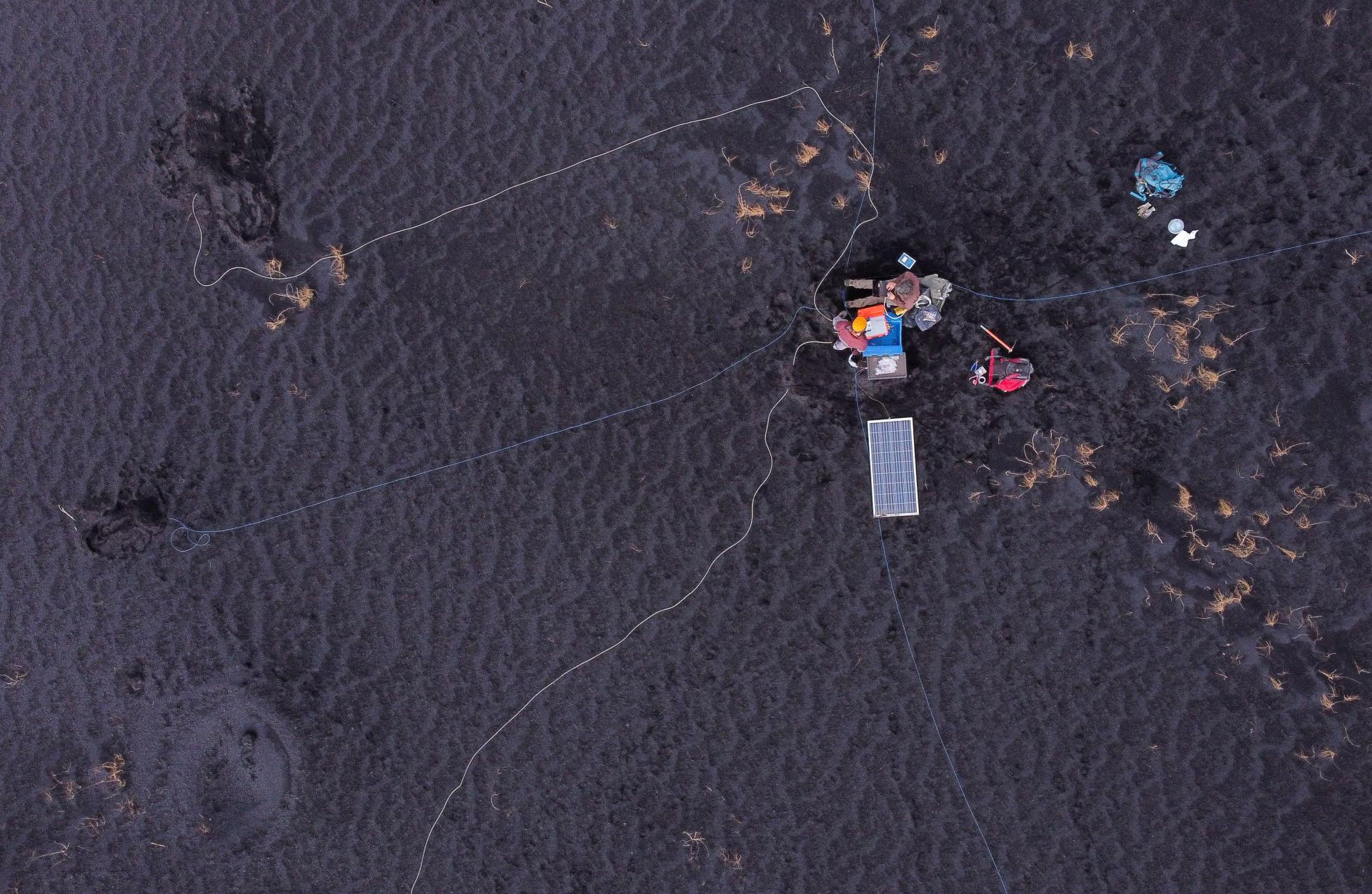 Powerful gas emissions during the 85-day volcanic eruption have tainted parts of the crater yellow, orange and white.

The surrounding terrain is pitch black, with violent tongues of lava scattered along slopes completely covered with a thick blanket of volcanic ash. Scores of burnt pine trees are now beige. 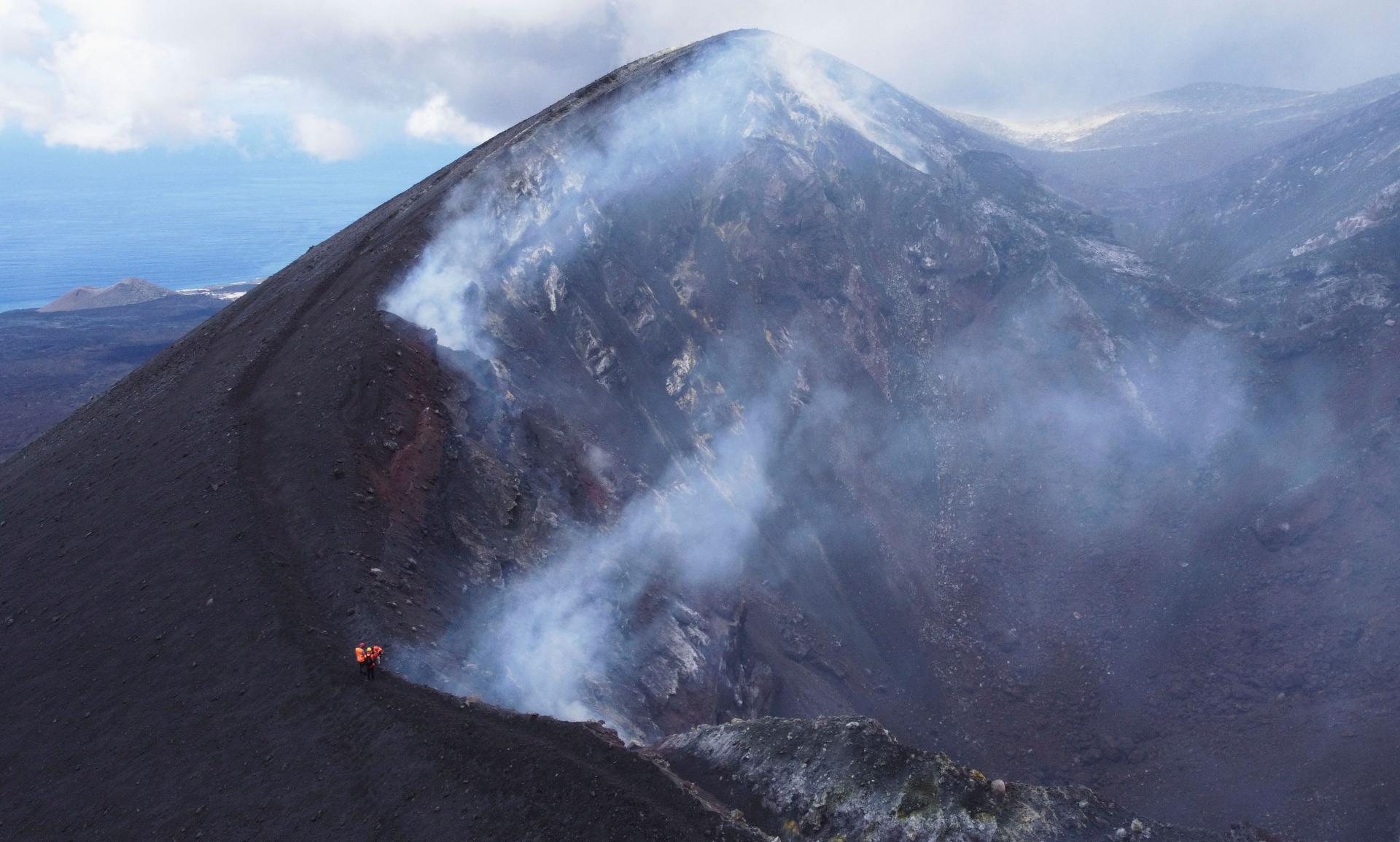 "Despite having been inside (the crater) many times, it always strikes me how big it is. Once you are inside you realise it's huge, gigantic," said Pedro Hernandez, the Involcan volcanologist leading the team.

"There are many craters and gas emissions continue to be very impressive from a visual perspective."

The volcanic eruption in La Palma in the Canary Islands, which officially ended on Christmas Day, was the most devastating in Europe in 80 years, he said. 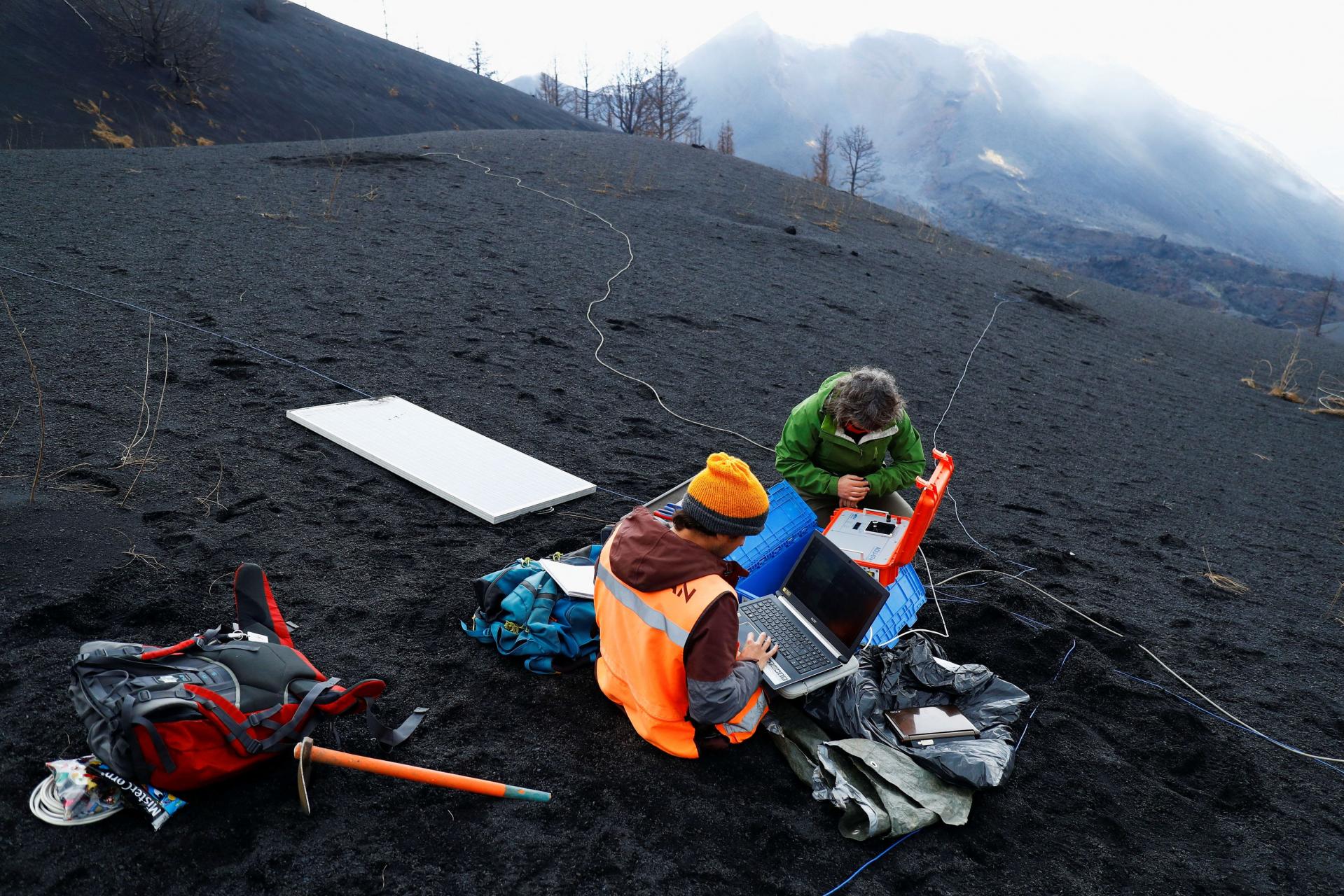 Rivers of lava destroyed around 3,000 buildings and scores of fields covering 1,219 hectares, although no direct deaths were reported.

Temperatures inside the craters were around 840 degrees Celsius, lower than the 1,100 degrees registered around two weeks before. But extremely high temperatures could continue for several years, said Hernandez, 53. This is the eighth volcanic eruption he has studied on the ground.

His team also checked in person that gas emissions from the craters' edges had slightly decreased but the volcano continued to emit sulphur and carbon dioxide, which could be smelled in the surrounding area. 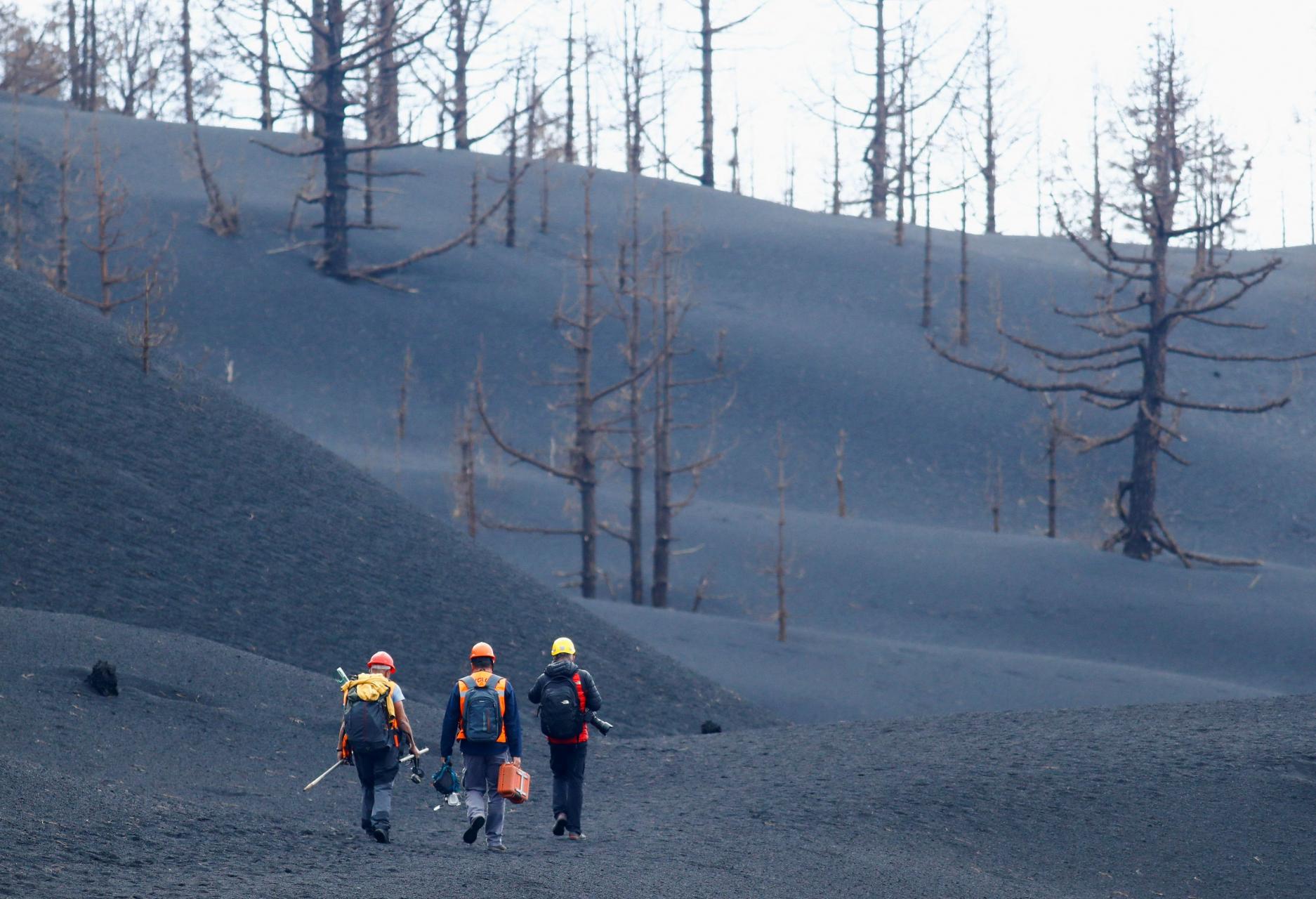 Fifteen minutes from the crater by foot, where the Involcan expedition left its vehicles, the ground remained warm.

What is most striking for locals is that what used to be a low set of green slopes overlooking the Atlantic Ocean and the towns below has now been transformed forever after the eruption brought a huge volcanic cone to the surface.

The area close to the craters remains closed to the public in a closely policed perimeter, leaving most of the area in almost absolute silence only interrupted by birdsong and the wind.