Palma Police point gun at a driver in Son Gotleu

A neighbour captures the scene from a balcony. | Última hora

A patrol of the Local Police of Palma intercepts a car in Son Gotleu, two officers get out and one of them points his gun at the driver of the vehicle for a few seconds. The scene, which took place last Friday, in broad daylight, in the street Tomás Rullán with Indalecio Prieto is cinematic, typical of a troubled neighbourhood in New York.

The event took place in one of the main streets of the popular neighbourhood of Palma and in front of more than a hundred people, who witnessed with astonishment a chase with sirens included, which ended with a complete search of a high-end vehicle. The scene was followed by dozens of neighbours from the balconies of Son Gotleu and by countless passers-by who gradually crowded the area to inquire about what happened. Sources of the Local Police have informed Ultima Hora that "the officers went to attend a call for a traffic incident. Upon arrival, some passers-by pointed out that the vehicle in question was trying to leave the area, so they proceeded to intercept it". 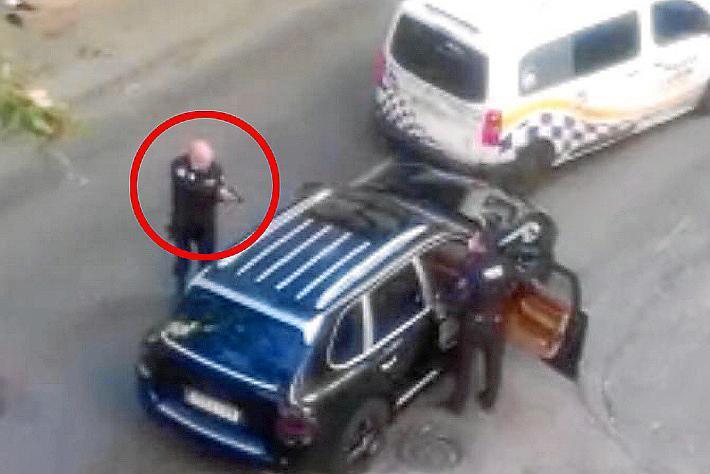 At that moment, one of those present warned them that they were armed, so they took the necessary precautions (weapon in prevention) until they checked the occupants and verified that they were not carrying any weapon". "Subsequently, the CNP takes charge of the situation, as it was the result of an incident between clashing gypsy families," concludes the police spokesman.

The two gypsy families of Son Gotleu that have been at loggerheads with each other for months, after a previous shooting that miraculously left no victims. Shortly after one o'clock in the afternoon, a driver suffered an accident with a luxury car in Tomás Rullán street and soon after a member of the other enemy family appeared, who allegedly took some pictures with his phone. From that moment on, tension was high and a stone was thrown, so some neighbours called the emergency services fearing that the contenders were going to come to blows. The National Police, after confirming that it was the two families of the shooting, mounted a large security operation and sent all available units to the scene.

These police officers are completely incompetent. The officer with the gun has his partner directly in his crossfire. Then he puts his gun away and turns his back to the a threat he deemed serious enough to previously draw his weapon on. These cops need serious retraining.