They must also keep any new volcanic activity in check

The devastating volcanic eruption on the island of La Palma may have a silver lining for one of Spain's poorest areas.

Scenes of solidified walls of lava up to 70 metres high and gases still seeping from the crater are attracting tourists to the island, wanting to see for themselves the aftermath of an eruption that lasted 85 days.

Demand for volcano-themed tours has soared and authorities are investing heavily in promoting La Palma, one of the less visited of the tourism-dependent Canary Islands, located off western Africa, to rebuild its economy.

But they must balance their future visions for the island with the very urgent needs of the thousands of people whose homes and livelihoods were destroyed, and for whom the sight of tourists gawping at the destruction could be deeply insensitive.

They must also keep any new volcanic activity in check.

"Despite unleashing so much destruction, the volcano has created opportunities and tourism is one of them," says Mariano Hernandez Zapata, head of the island's government.
Iceland and Hawaii saw a similar increase in visitors after they experienced volcanic eruptions.

The number of cruise ships stopping at the island has increased for example, Zapata says, and bringing in more tourists could help La Palma diversify from agriculture.

Spain's government announced last week a 9.5-million-euro plan to promote tourism to La Palma after arrivals more than halved in the last four months of 2021.

"The volcano has to return to this island and its residents what it took from them," says Sergio Rodriguez, mayor of El Paso, one of the most ravaged towns with areas engulfed by endless mounds of ash and fractured by jagged lava streams.

He is upbeat about potential projects seeking to exploit the eruption - volcano trails, a science-focused convention centre or a cable car overlooking devastated areas.

Photos by the ash

Business is already booming for tour company Get Holidays, which runs an 11-hour trip around the volcano for tourists from the nearby island of Tenerife at 125 euros per adult.
A year ago, around 30 people a week would arrive at La Palma from Tenerife for a general tour. That number soared to 1,200 during the eruption and is around 150 a week now, says the company's Italian founder Basso Lanzone.

"Although the volcano has stopped, it is very impressive," said German tourist Ulrike Wenen on a recent tour. "If it's okay with the people who live here, which is the most important thing, it's ideal to see it".

Visitors were taken by bus to an area surrounded by mounds of ash and where a lava stream had engulfed several houses. Several posed for pictures. 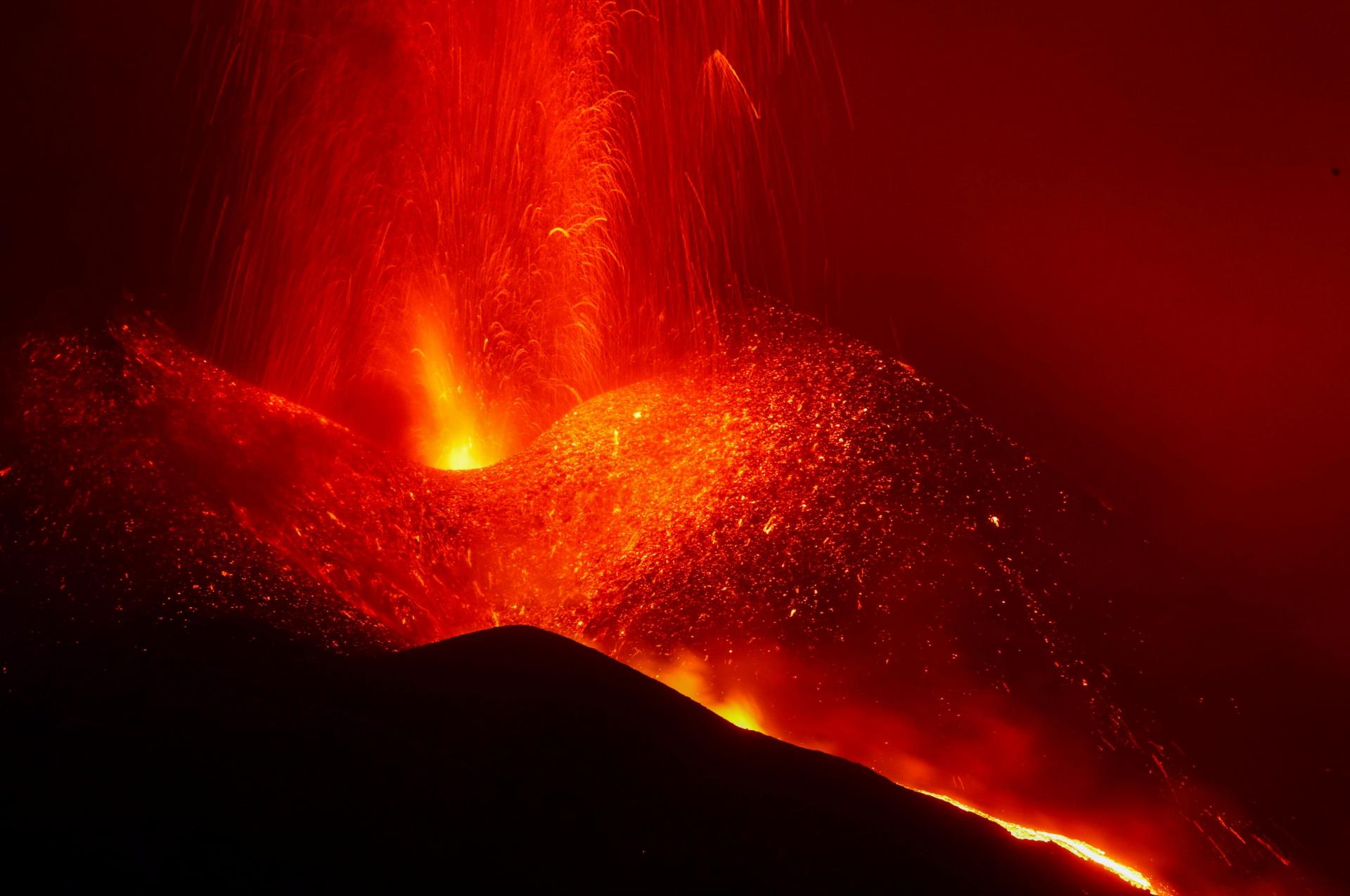 Astrophysicist and La Palma resident Ana Garcia, 47, used to run four tours a week before the pandemic showing visitors the island's clear night skies. Now she is considering doing a course on volcanology.

"We need to think about how to survive first and think how we can change our business," she says.

She makes less than 10% of her pre-pandemic revenue and struggles to gather enough people for one astronomy tour a week but hopes the lure of the volcano can help revive her fortunes.

Teacher Esmeralda Martin, 39, had just two minutes to flee her house of 10 years, which she shared with her husband and two small children. It now lies buried under 40 metres of lava. Her parents' house and banana fields are gone too.

She is frustrated that authorities have ruled out rebuilding houses on lava for now, as it could take years to cool and the area now lacks water and electricity.

"Many families lost everything and it's very difficult to start from zero," Martin says, looking at the black blanket of lava covering her home.

Her husband Enrique Perez, 36, says the volcano could help boost tourism but he believes it should not be a priority.

"The lives of people who lost everything are more important," he says.

"We have to outsmart the volcano and look for ways for people to have hope, dreams and a future again," says his wife.