Bellver in the colours of the Ukrainian flag | Jason Moore

The first asylum applications in the Balearics for Ukrainians fleeing the conflict are beginning to be processed.

Among Ukrainians on the island at present is a family in Alcudia who were on holiday. They are asking for help to remain in Alcudia until further notice. The father has apparently gone back to Ukraine in order to try and bring out other relatives.

A second family left Irpin, a town not far from Kyiv, for Romania last week. They are due to arrive in Germany before moving on to Mallorca. This family consists of five people, two of them children, who are relatives of Oleksandr Kazekin, a Ukrainian who has been living in Alcudia for 20 years with his wife and his daughter. He is working with the town hall to coordinate their arrival and permits. 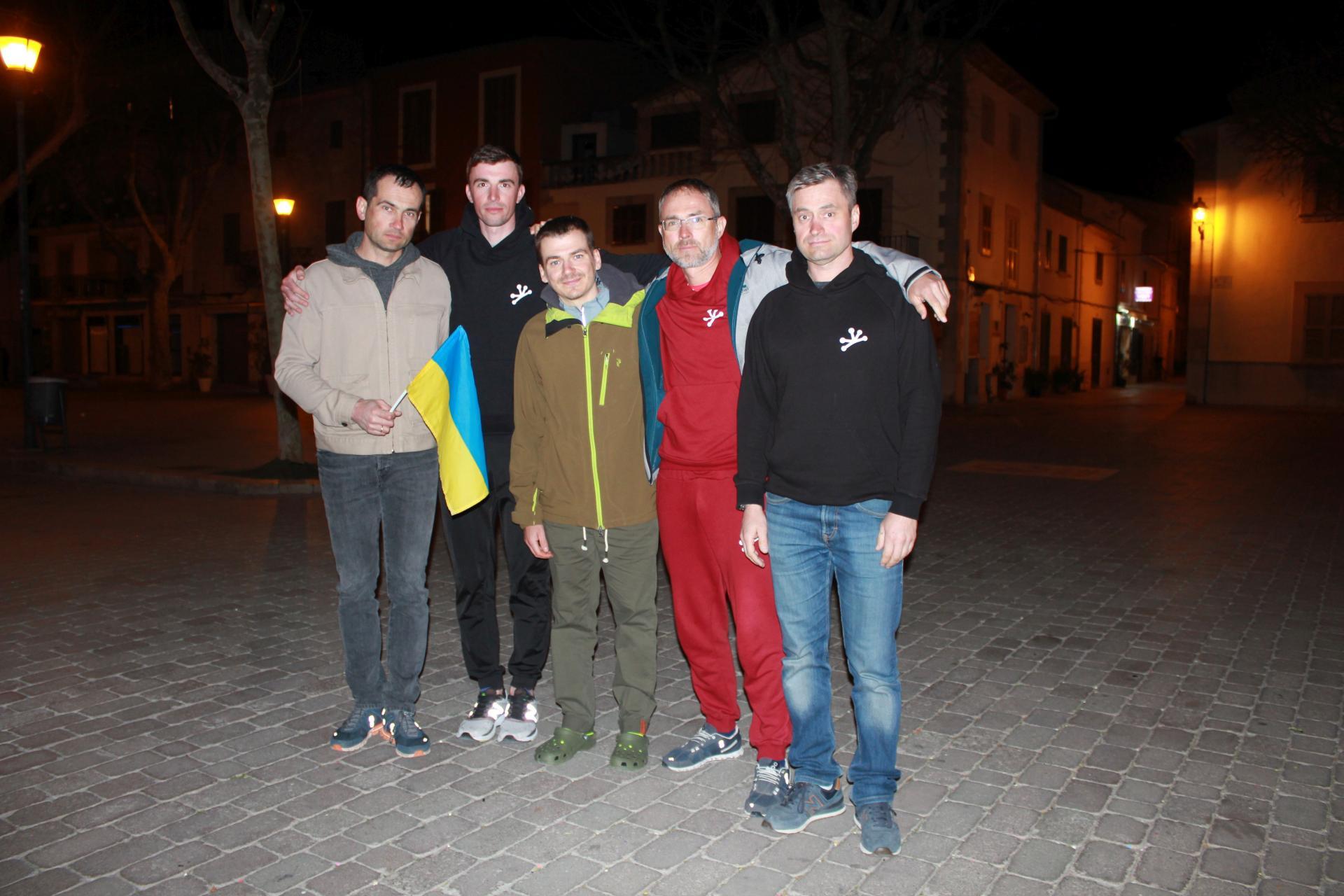 Oleksandr is helping the town hall with translation and the organisation of permits for the family who were on holiday. He says that the town hall is assisting with procedures and is in contact with the Balearic government regarding what to do.

Also in Alcudia is a group of Ukrainian triathletes, along with the partner of one of them. They arrived in Mallorca on February 16. Valerii Herasymenko says: "We didn't expect anything to happen. We knew about the tension, but we never imagined that it would reach this point."

"We are in touch with our families by WhatsApp, Instagram, Telegram. But when they are in the basements, it is difficult." The group had planned to fly back on February 24, "but they cancelled our flight". "We weren't given any alternatives, and so we had to stay." He thanks Oleksandr for his help and Alcudia town hall social services for their support.

Valerii adds: "We have our people in Kharkov. They are in basements. We don't know how or when we can return and we don't know what to do. We hope that the fighting stops, that a humanitarian corridor opens and we can be reunited with our people."