Easter at the beach in Mallorca

Tourists on the beach in Arenal during Easter weekend. | Bergas

It’s Easter, the mercury is soaring, the skies are blue and the water is crystal clear, so it’s no wonder thousands of locals and tourists headed for Palma's beaches at the weekend. By 10 o’clock in the morning throngs of people were walking along the sand at s'Arenal.

"The water is really cold!" screamed one girl as she dipped her toes in the water. Behind her the sunbeds were heaving with tourists.

"We started renting a week ago and it's going very well," said Gilbert Tapia, who works at Mar de Mallorca.

At noon, the atmosphere on the coast of Palma was about as laid back as it could get, with people either soaking up the sun, playing cards, paddling in the shallows or playing volleyball on the beach. Others played music but kept their speaker sound low.

“There are a lot of tourists, but they are being very respectful," said Sa Torre local, Pilar Reigadas, who was at the beach with her family. 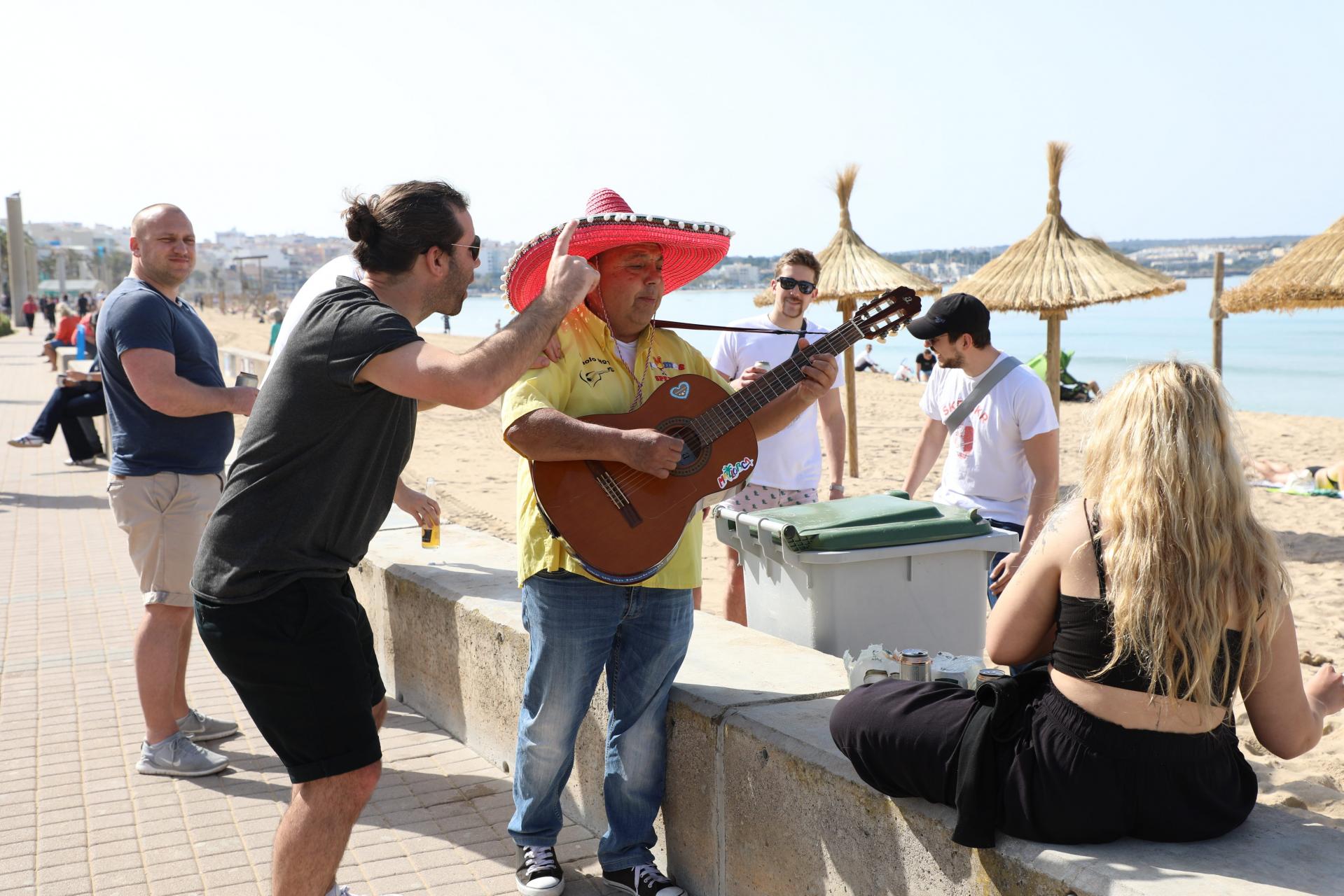 In front of the Megapark, Manolo played his Spanish guitar and sang a bunch of hits to a group of young Germans.

"I've been coming here between April and September for 20 years, the Germans love s’Arenal!” said Manolo, who was clearly happy to have such a large, dedicated audience.

Quite a lot of people make their living at the beach, including street vendors, masseurs, who spend their day walking up and down the shoreline in search of customers. The lifeguards were perched on their towers, binoculars in hand, monitoring the beach and the water, to make sure everyone stayed safe.

"We have 11 lifeguards right now and we will have a full team by May 1," explained Emergències Setmil co-ordinator, Nico Cortés. We cover the Cala Major and s’Arenal beaches, so today we will start with Ca’n Pere Antoni, then later Ciudad Jardín. The post-pandemic change is really noticeable, I would say that there are more now people than in 2019."

There were fewer people on the beach at Can Pastilla, although there were several windsurfing or paddle boarding on the water and the first line restaurant terraces were overflowing with customers.

"The difference between now and other seasons is that people book activities at the last minute, which can cause a lot of problems,” says Teresa Águeda, from Bona Ona Surf School.

Es Carnatge was a haven of peace for those who wanted to jog, cycle along the coast, or just walk their dogs.

In Ciudad Jardín, el Molinar and Portitxol people moseyed along, occasionally stopping to have something to eat or drink at one of the many bars and restaurants. 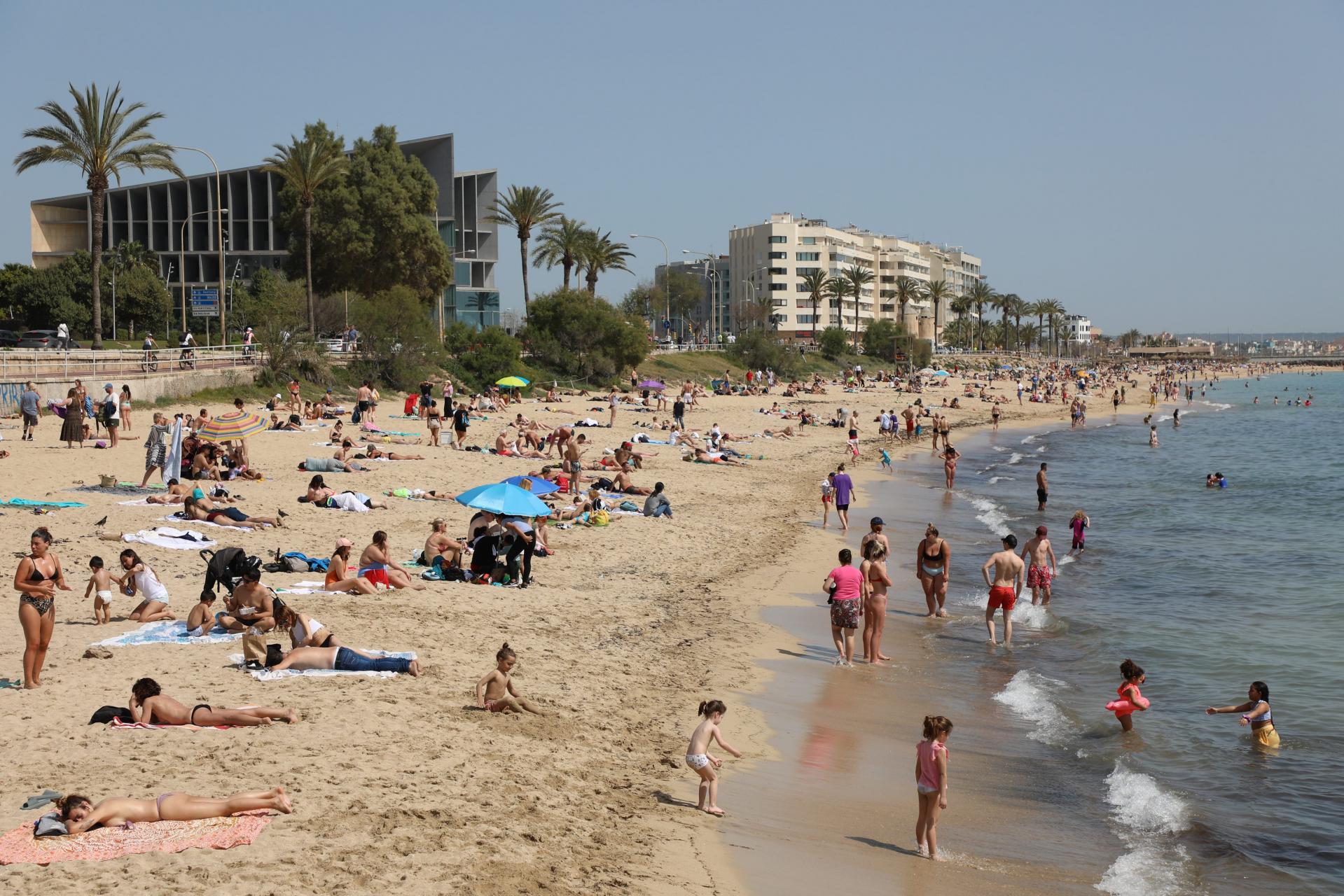 By 3pm, Can Pere Antoni beach was as busy as s’Arenal.

"There are too many people," sighed a weary peddler, who was laden with beach sarongs and sunglasses.

Hundreds of bankruptcies expected over the coming months