It's snake season in Mallorca!

The snakes in Mallorca are not poisonous

Snakes in Mallorca are not dangerous. | Ultima Hora

Look out for snakes in Mallorca, because they're really common between May and July.

"This is their gestation time, so they are looking for the ideal nesting place," says Vanessa Rubio, biologist at the Consorci per a la Recuperació de la Fauna de les Illes Balears, or COFIB.

"In May, June and July snakes are more active so people are more likely to see them, especially if it's hot," she says. "Temperatures have not risen much yet, but the snakes are waking up and if we have a cold May and June, we will see more of them in summer."

Last year several snakes were spotted on the beach in Calvia and Andratx.

The horseshoe snake lives in rural environments, and nesting is their priority. If people are around they'll usually flee, but if they feel threatened they will attack.

This ophidia species is considered a recent addition in Mallorca, but its proliferation is causing problems for local species such as the sargantanes. 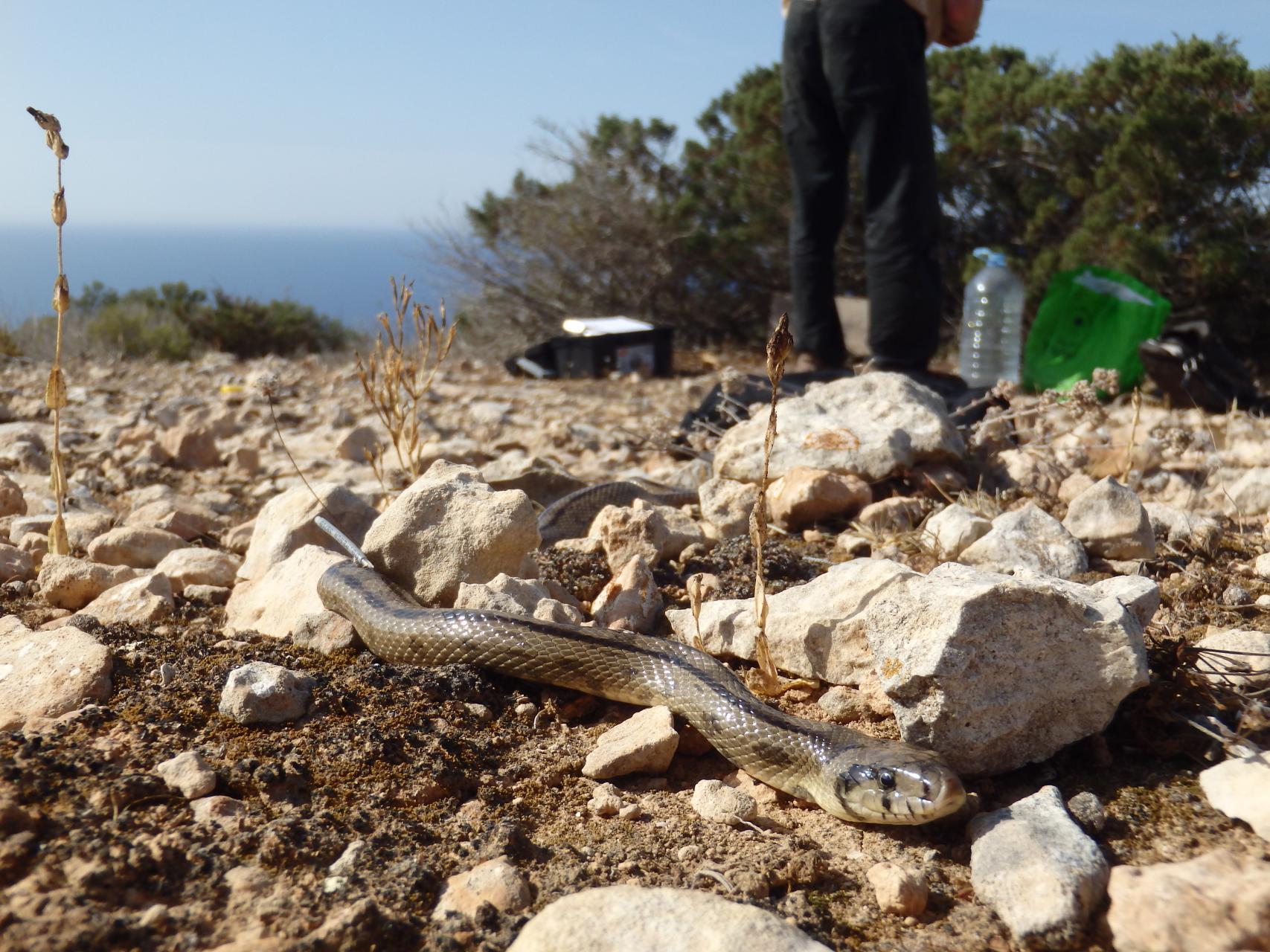 If you see a snake, put it in a bucket or a cloth sack so that it can breathe and call 112. COFIB has special traps for snakes on farms and you can get them by calling 653 574 145.

There are five species of snake in the Balearic Islands: the serp de garriga and the serp d'aigua. The garrigue serp is a protected species and the other three are the serp d'ferradura or horseshoe snake, the serp verda and the white serp.

Despite being harmless to people and animals, snakes do cause alarm, especially in urban areas.