"I am extremely proud, I never expected to receive such recognition"

Dr. Juan José Segura-Sampedro, a doctor at Son Espases Hospital, was this week presented with the MBE by the British Ambassador to Spain, Hugh Elliott, at a special ceremony in Palma. It was in recognition of his fight against excess alcohol consumption and balcony accidents in Mallorca and the Balearics - 61% of balcony incidents involving British and Irish tourists occur in the Balearics.

The cancer surgeon, who is a researcher at Son Espases and associate professor of surgery at the University of the Balearic Islands (UIB), arrived in Mallorca in 2015 from his home in Seville, where he had trained as a surgeon. He was immediately shocked by the number of balcony accidents, which mainly involved British holidaymakers, and decided to start investigating the phenomenon. 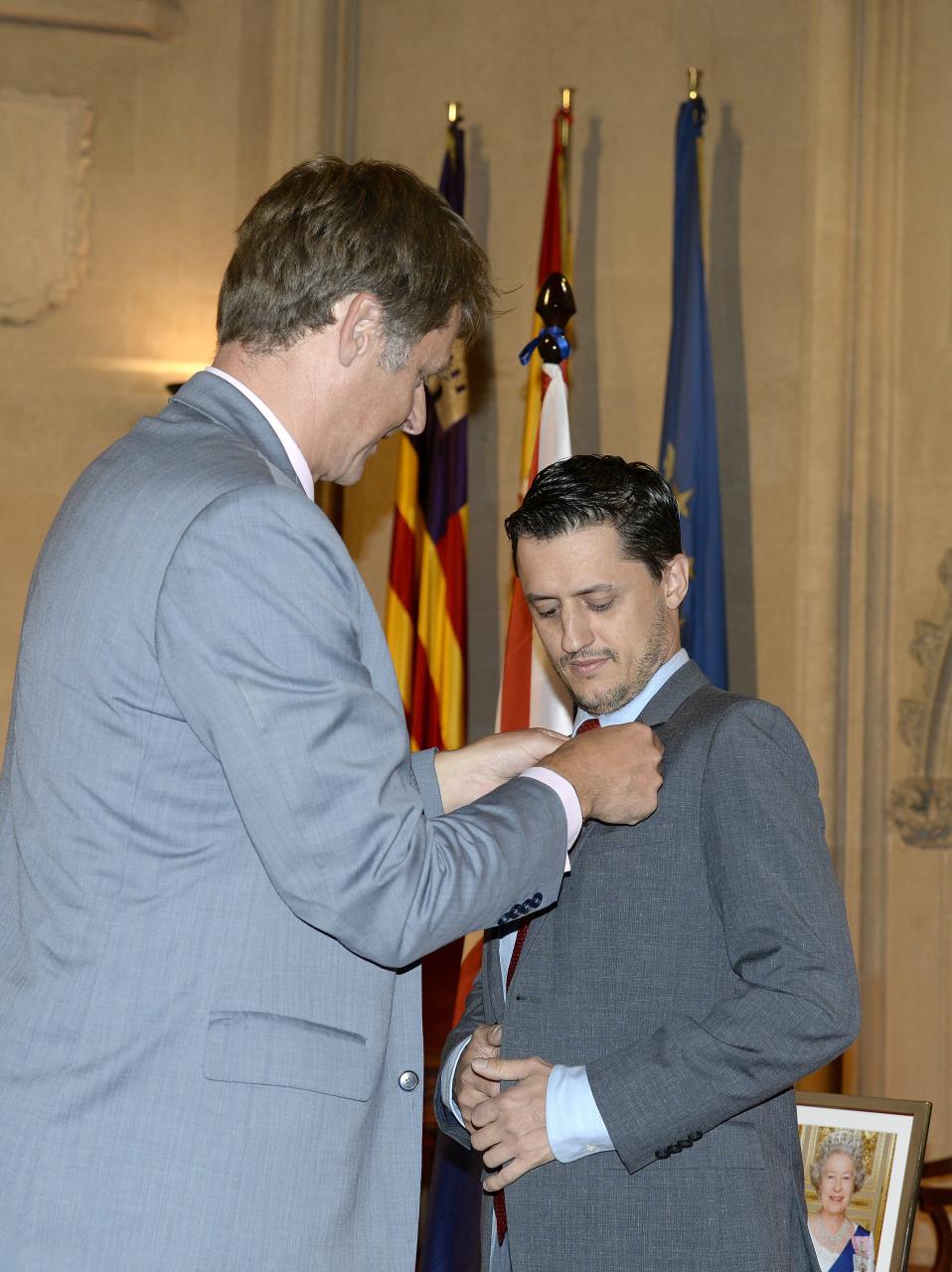 "I had read about these kinds of accidents while living in Seville but had never actually witnessed them at first hand and decided to start researching why it was happening.

"At the time, little was really known about so-called balconing, what the root causes were and what could be done to try and prevent it from happening. Young holidaymakers, the majority from the UK and aged between 18 and 25, were being admitted to Son Espases Hospital with serious head and spinal injuries. Some had lost their lives as a result of a fall," Dr. Segura told the Bulletin.

He began by reviewing medical records dating back to 2010 which related to balcony falls and their relationship with alcohol, drugs and partying. In 2017, Segura and his team published the first in-depth report on balcony falls - an article entitled ‘Balconing: an alcohol-induced fad that injures tourists’.

Following the study, he started prevention campaigns in collaboration with the British Foreign Office, for which he has been awarded the MBE.

"I am extremely proud, I never expected to receive such recognition from the British government. To be honest, I didn’t know these kinds of awards existed. But it’s a great testament to the work we have carried out and intend to continue," he said. One of the first things he started researching was the general pattern of behaviour of balcony victims. Between 2011 and 2016, 46 incidents were reported in the Balearics and only one involved a woman. Dr. Segura explained that 95% percent of the incidents involved excess alcohol and 37% drugs, while 86% of the accidents were not voluntary; they were accidents while trying to climb from one balcony to another, for example.

"The response to the first report was very positive and all of the authorities both here in the Balearics and the UK took our findings on board and realised that proactive action had to be taken.

"Numerous awareness campaigns were launched targeting young people, especially on the various social media platforms. Since 2019, we have seen a slight decrease in the number of accidents.

"However, one has to take into account that since then we’ve had to live through the pandemic and that led to a significant reduction in tourism. So, this season is going to prove crucial because there is a great deal of pent-up demand for holidays and to return to normal. Sadly, that could lead to a huge influx of people wanting to party like they have not been able to for the past two years. We might see an increase in accidents.

"However, in the meantime we have had numerous meetings with central government representatives in the Balearics and with local authorities, in particular Calvia, where the security forces have also got involved. Everyone has had their input into combating this problem, including the hoteliers, and I think it has worked. But time will tell and this season will give us a clear indication. We are on the right track and we’re all rowing in the same direction to eradicate balcony accidents, so let’s see what happens.

"More recently, I have been researching the socioeconomic impact of balcony falls and also if there are other deeper issues, such as mental health problems.

"While the campaigns have clearly made a difference, I think they need to be stronger. I look at the campaigns on Spanish television alerting people to the dangers of drinking and driving or using your mobile while driving. Yes they are shocking but sometimes that shock-and-awe effect is what is needed in order to increase people’s awareness to the implications of what could be a split second action.

"People have died falling from balconies and those who have survived have had to learn to live with and overcome serious injuries, Some of the young victims will spend the rest of their lives in a wheelchair or will not be in a fit condition to lead a normal life.

"These youngsters come to the Balearics to have a good time, to enjoy themselves and that’s quite understandable. When we’re on holiday, that’s what we all want to do, but it is a tragedy to see young people being admitted to hospital in a critical condition because they’ve lost control. 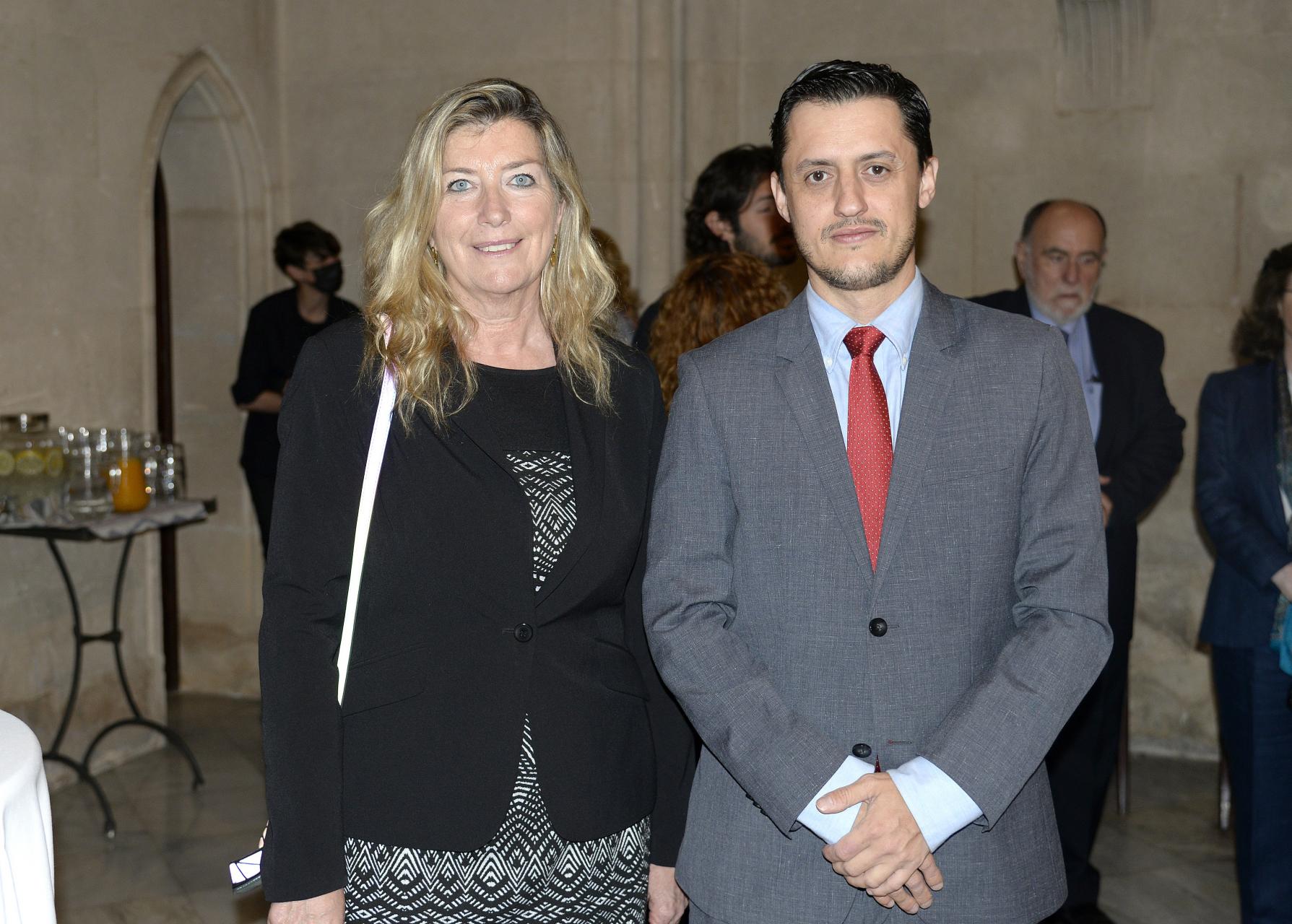 "It may be because they are in a foreign environment and in a different culture. They meet new people and maybe they are easily influenced. Perhaps because they are young, they feel they are invincible and that only gets fuelled by excess alcohol and drug consumption. There is no quick fix to this, but awareness and education are key, and that is what we’ve all been focusing on with the various campaigns.

"We have to continue trying to deter people from fooling around on balconies because it could change not only their lives forever, but those of their families as well. The repercussions are extremely serious. I think any and all steps the authorities have taken so far to try and curb excess alcohol consumption - banning pub crawls and party boats, limiting the number of drinks in certain all-inclusive hotels and the purchase of alcohol from shops after 9.30pm - are positive steps forward in the battle to bring an end to balcony accidents. But there is still a great deal of work to be done to reach that goal.

"I have conducted many interviews in Ireland and the UK with the BBC and other media and all have been focused on the same thing: raising awareness. Although in Mallorca right now we are very aware, not everything can be solved in the destination. Action has to be taken in the countries of origin. Preventative work has be carried out by the respective authorities to control their own young people before they travel.

"We have put the problem on the table and people have responded, or at least that’s our feeling - that everyone is more aware of it. Maybe the hoteliers will think twice before putting certain guests on the fifth floor instead of the ground floor, or the bartender serving them that last drink.

"It’s a very complex problem and one we are all taking very seriously and I, along with everybody else involved, not to mention parents, hope that young people coming on holiday to the Balearics this summer will enjoy themselves and return home in one piece and be able to continue living their lives to the full," Dr. Segura said.

"But should anyone have an accident and is admitted to Son Espases, or any other hospital in the Balearics, they will be in good hands.

"I have been extremely impressed by how all the staff and departments operate at Son Espases and how the hospital, one of the leading hospitals in Spain, continues to expand and evolve.

Yes, I miss Seville, but I’m extremely happy in Mallorca. I’ve met my fiancée here and I have plenty of work to carry out, not least continuing my research into balcony accidents and cooperating with the British government in the campaign to eradicate the problem."

Tourist who dived into Magalluf pool was egged on by friends

It's surreal that this should even be a "thing". And equally surreal that it's apparently an exclusively British thing. And then there's the predictable "fury and outrage" over any attempts to discourage or limit these behaviours. But it's consistent with the stereotypes.