Find out where Mallorca's blue flag beaches are

Palma will have three blue flag beaches this summer: Cala Estància, Cala Major and Playa de Palma and there are also others elsewhere on the Island.

Cala Estància is 11 kilometers east of Palma, between Caló de Son Caios and the Club Marítim Sant Antoni de la Platja and its limits are mixed in with Can Pastilla. It’s a wide beach with fine white sand and jetties on both sides direct the sea towards the shore, turning Cala Estància into a kind of natural pool, that’s 3 metres deep and is on a very slight slope. It's easy to reach the beach by road easy, just follow the signs. Free parking is scarce, so public transport is a better option and the bus stop is just 100 metres away from the beach. It’s a highly popular beach with a massive influx of tourists, so if you want a sun bed it's best to get there early! The closest port facility is Club Marítim Sant Antoni de la Platja. 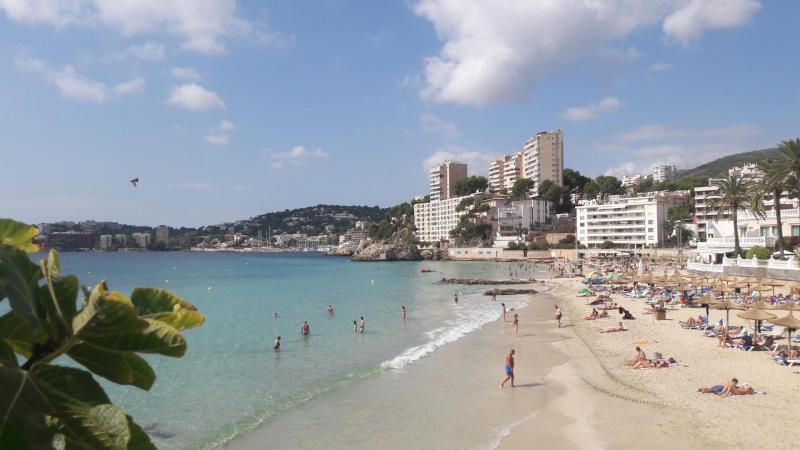 Cala Major is 4 kilometres west of Palma, very close to the Spanish Royal Family’s summer residence, Marivent Palace and not far from Fundació Pilar i Joan Miró on the Son Boter estate, which is where the artist did some of his work. At the end of the 20th century, Cala Major underwent a regeneration and tons of sand was brought to the beach, but its natural rocky area was preserved. A small jetty, which a lot of people use for sun bathing divides Cala Major into two parts. It's chock-a-block in summer because it’s so close to Palma and don't take the car unlest you have to because you'll have to pay for parking. The nearest bus stop is just 100 metres away. The beach is sheltered from the easterly winds by the vertical cliff of Marivent Palace and in the west by the facade of the hotels that sit on the beach. The water is about 5 metres deep, but boats are banned from anchoring for security reasons, because it’s so close to the palace. 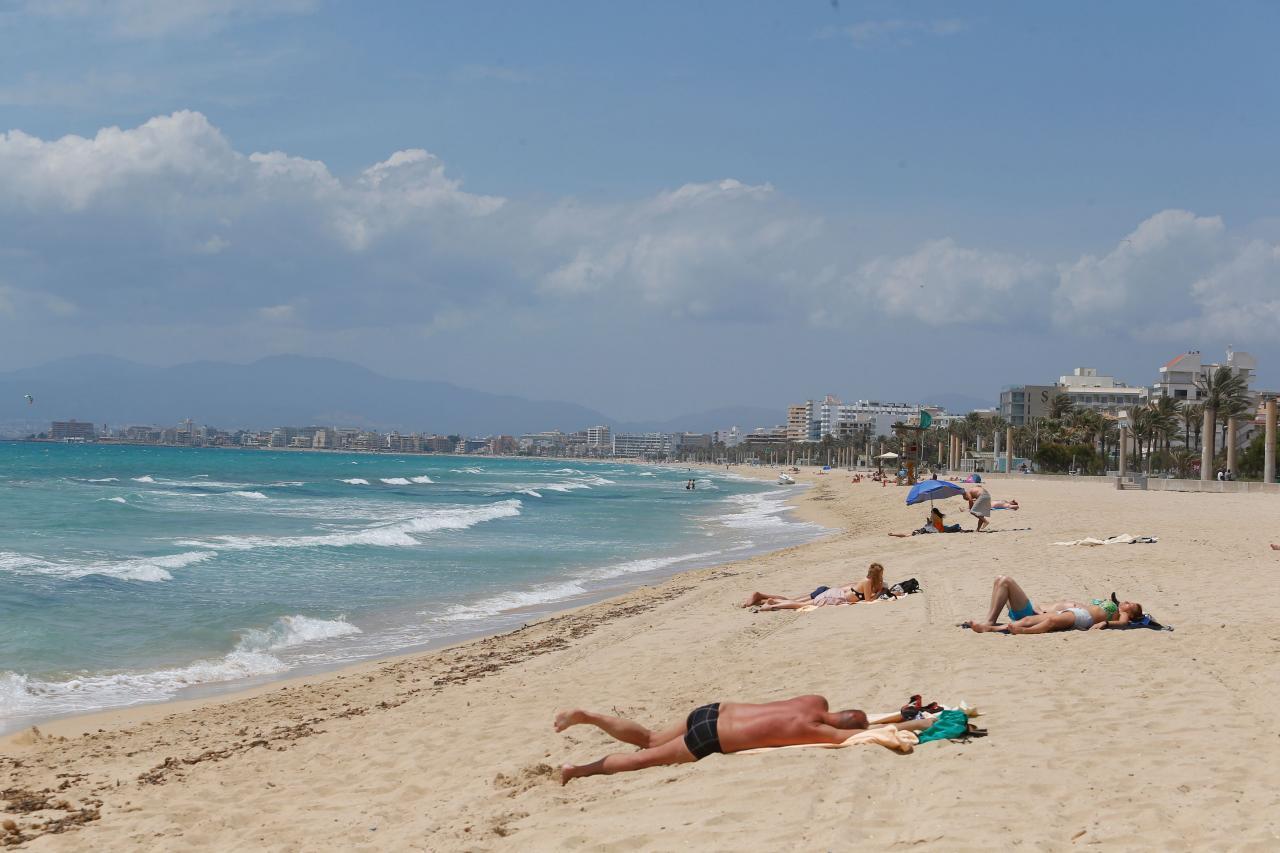 Playa de Palma is 4.6 kilometres long and is 14 kilometres east of the capital, but the last section actually belongs to the municipality of Llucmajor. Playa de Palma was established by Mar de Mallorca to unify Cala Estància, Can Pastilla and s'Arenal under one name and the company was also in charge of the sun beds, beach umbrellas and beach bars. The closest port facility is Club Nàutic s'Arenal. S’Arenal’s dune ecosystem was in danger of completely disappearing in 1989, so more than 400,000 tons of sand were brought in, which is why its so huge now. This coast is lined with the largest number of hotels in Mallorca and it’s one of the most popular beaches in the Mediterranean. Most of the hotels were built between 1960 and 1968 and when the first line was remodelled at the end of the 20th century a promenade with palm trees was added and traffic restrictions were introduced. Thousands of tourists and residents jostle for space on this beach, but parking is non-existent, so public transport is definitely the way to go and the nearest bus stop is 50 metres away.

The Balearic Islands has 30 blue flag beaches this year, which is one less than last year. 23 of them are in Mallorca up from 21 last year; 3 are in Minorca, which is the same as last year and 4 are in Ibiza, down 3 from last year.