Passengers on an easyJet flight to Minorca watched in amazement as their flight was intercepted by a Spanish Air Force F18 fighter jet. It was later revealed that an 18-year-old Briton had been arrested after placing a hoax bomb threat on social media as the aircraft started its approach to Minorca airport.

According to the Daily Express, the plane landed about 30 minutes late and was held on the tarmac at the airport for almost four hours.

@easyJet #a319 G-EZAO intercepted by Spanish Air Force on way to Menorca. passengers not being allowed to leave yet. @BigJetTVLIVE @BBCNews @SkyNews @SkyNewsBreak pic.twitter.com/MTWkQnU39x

A spokesman for the airline told the newspaper: "easyJet can confirm flight EZY8303 fromGatwick to Minorca was escorted by military aircraft while landing in Minorca and delayed disembarking due to precautionary security checks."

He added: "The passengers have since disembarked. The safety and security of its passengers and crew is always easyJet's highest priority and we would like to thank passengers for their understanding." 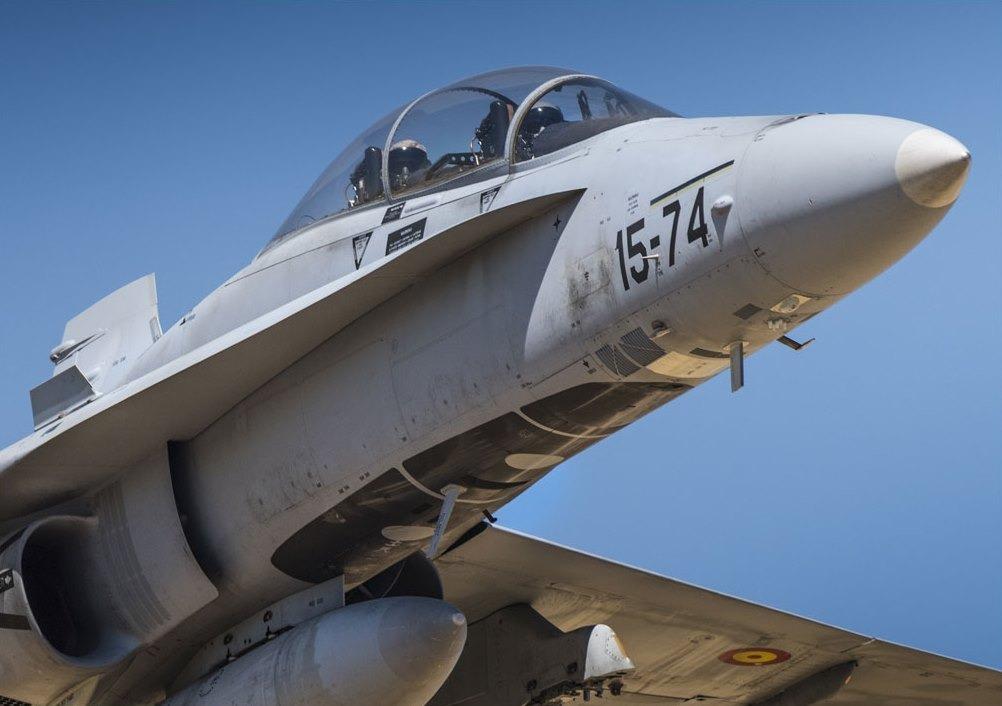 The Spanish air force said that two F18 fighter jets had been scrambled after the bomb threat was noted by aviation authorities. Specialist police officers went aboard the aircraft once it had landed.

The fighter jet is seen waggling its wings, a gesture known in aviation as indicating the other pilot should follow him, while worried passengers can be heard discussing what is happening, with one woman asking: "Why is it doing that, is it just showing off?"

Military planes usually intercept civilian aircraft when ground air traffic control lose contact with them or there is a perceived threat to the aircraft or passengers either because of a bomb warning, suspicious object or feared terrorist activity.

The teenager was arrested and over a period of two hours passengers were disembarked one by one and asked to identify their luggage for checks by sniffer dogs and bomb disposal experts, the Civil Guard said. Other flights out of Minorca were disrupted by the incident.

JACQUELINE NEAL | about 1 month ago

There really are some people out there with Sh*t for brains!