The country's worst drought in decades has delighted archaeologists

The dolmen of Guadalperal, also known as the Spanish Stonehenge, is seen due to the receding waters of the Valdecanas reservoir in the outskirts of El Gordo, Spain, August 3, 2022. REUTERS/Susana Vera | SUSANA VERA

A brutal summer has caused havoc for many in rural Spain, but one unexpected side-effect of the country's worst drought in decades has delighted archaeologists - the emergence of a prehistoric stone circle in a dam whose waterline has receded.

Officially known as the Dolmen of Guadalperal but dubbed the Spanish Stonehenge, the circle of dozens of megalithic stones is believed to date back to 5000 BC.

It currently sits fully exposed in one corner of the Valdecanas reservoir, in the central province of Caceres, where authorities say the water level has dropped to 28% of capacity. 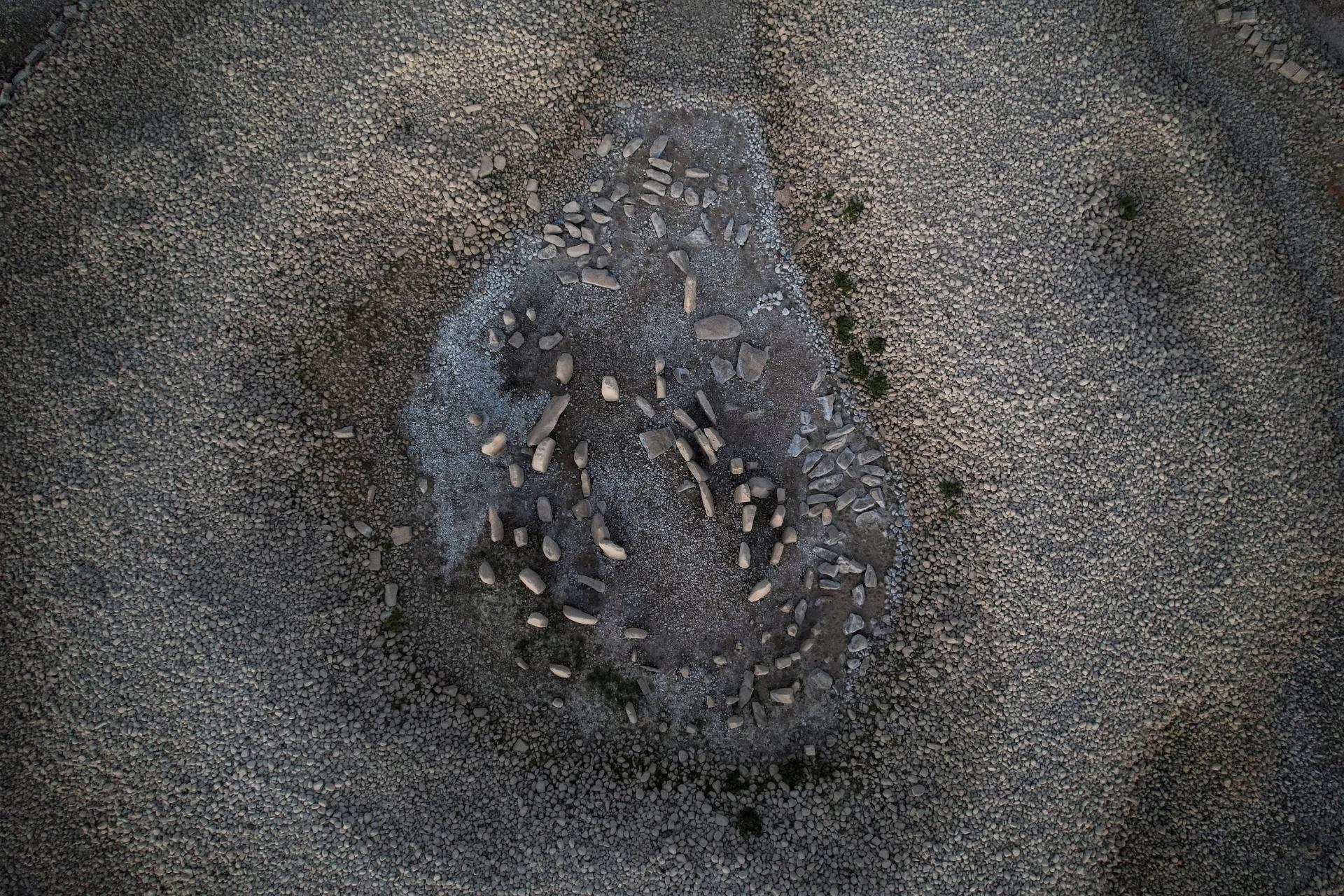 "It's a surprise, it's a rare opportunity to be able to access it," said archaeologist Enrique Cedillo from Madrid's Complutense University, one of the experts racing to study the circle before it gets submerged again.

It was discovered by German archaeologist Hugo Obermaier in 1926, but the area was flooded in 1963 in a rural development project under Francisco Franco's dictatorship.
Since then it has only become fully visible four times.

Dolmens are vertically arranged stones usually supporting a flat boulder. Although there are many scattered across Western Europe, little is known about who erected them. Human remains found in or near many have led to an often-cited theory that they are tombs.

Local historical and tourism associations have advocated moving the Guadalperal stones to a museum or elsewhere on dry land.
Their presence is also good news for Ruben Argentas, who owns a small boat tours business.

"The dolmen emerges and the dolmen tourism begins," he told Reuters after a busy day spent shuttling tourists to the site and back.

But there is no silver lining for local farmers.
"There hasn't been enough rain since the spring... There is no water for the livestock and we have to transport it in," said Jose Manuel Comendador. Another, Rufino Guinea, said his sweet pepper crop had been ravaged.

Climate change has left the Iberian peninsula at its driest in 1,200 years, and winter rains are expected to diminish further, a study published by the Nature Geoscience journal showed.

Mallorca-loving Emily is the hottest thing on the planet, says Brad Pitt