Mallorca sees in the New Year

In Plaça Cort for the New Year bells. | Pere Bergas

In Palma, tradition for seeing in the New Year means gathering in Plaça Cort for the chimes of En Figuera, the town hall building clock. Last year, there was a slight problem; the chimes couldn't be heard. This year, the bell could be heard loud and clear, as hundreds of people crowded into the square with their twelve grapes and bottles of cava.

This wasn't an official town hall event, as the town hall hadn't organised anything. When the budget for New Year's Eve was being considered, it was unclear if there would still be Covid capacity restrictions. Given the uncertainty, nothing was arranged, and when it became clear that there wouldn't be restrictions, there was apparently insufficient time, while the town hall wanted to give priority to the Three Kings' celebrations and the Sant Sebastià fiestas later this month. 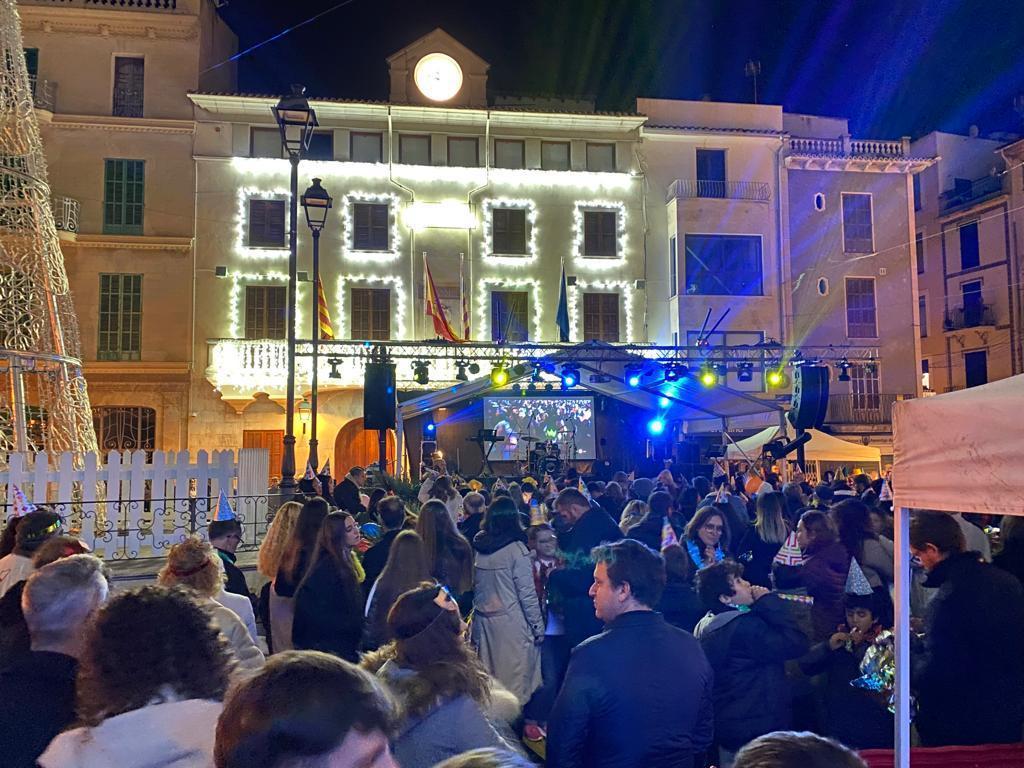 Elsewhere on the island, town halls had organised events, such as in Inca, where DJs and a local band, Ves-hi Tu, provided the music and entertainment in Plaça Espanya.