The Guardia Civil say that the driver of a car that was being driven recklessly in the Tramuntana Mountains and putting other road users at risk has been sanctioned. 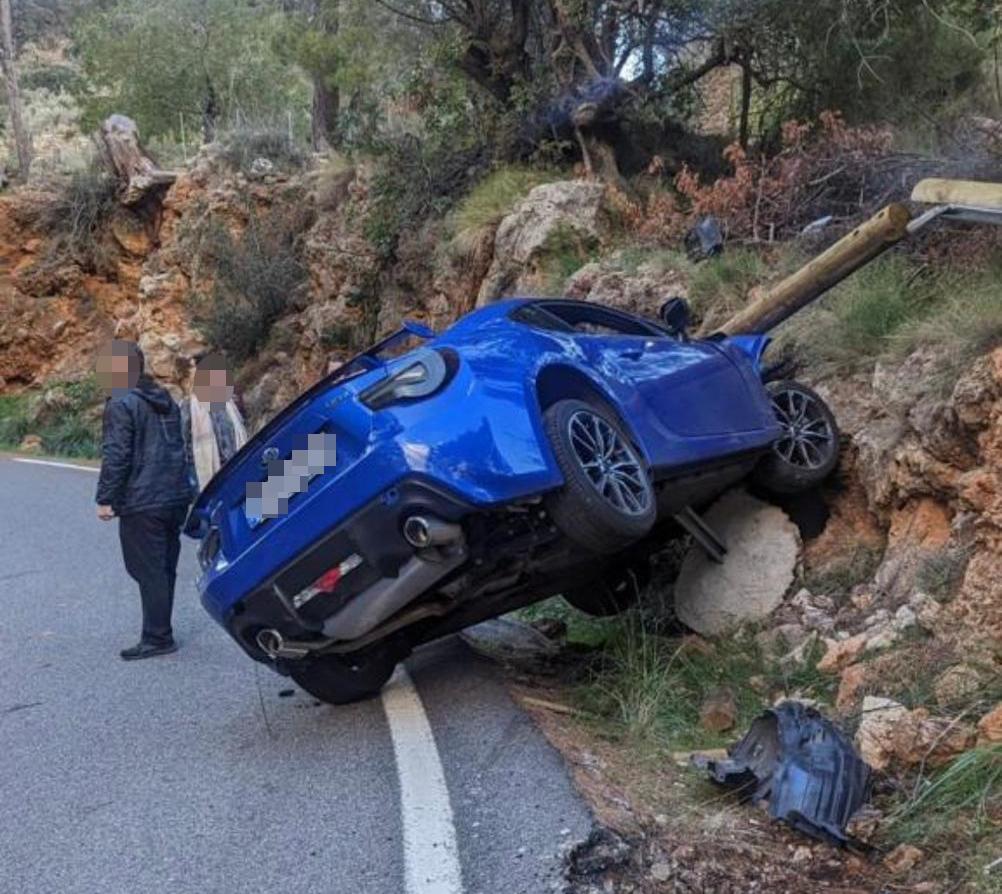 On Sunday, January 22 around 5pm, the car was being driven recklessly, aggressively and at high speed.

At one point, the driver made a prohibited overtaking by crossing the continuous white line. He then lost control of the car and crashed into a stone wall on a bend. The cars that were behind all stopped to help the driver. He suffered only slight injuries; there was considerable damage to the car.

Hopefully they will stop all the boy racer morons (in cars and on bikes) that cause problems every weekend.

What is with the drivers here…..just drove from Inca to pollenca, doing 125, overtaking a line of trucks and cars, an old man tailgating, flashing lights, indicator…..where am I supposed to go…..! Then on road to pollenca, another tailgater so close, crossing the central line to see pat my car but wouldn’t overtake. This article, my regular experiences…..so much for chilled island life

Why would the other drivers help him? He could have killed them. Shame he didn't drive of the edge of a cliff and do us all a favour.