After a week when it was announced that one-hit-wonder from 1974, Carl Douglas, is to record a charity single for the victims of Coronavirus – to be called “Kung Flu Fighting”! – Real Mallorca made the trip to the beautiful city of San Sebastian yesterday, where they’ll play one of this season’s revelation teams, Real Sociedad, in their rebuilt and renamed 40,000 capacity Reale Arena, KO 18:30. As we reach match day 21 in this season’s La Liga, Sociedad lie in sixth place, having already beaten us 0-1 on August 25. The young Norwegian player (on loan from Real Madrid), Martin Odegaard scored a wonder goal near the end. With Mallorca’s away form one of the worst in any of the top European leagues (no win on the road since April), it’s difficult to expect anything else than a home win. However, we were sensational last Sunday in beating Valencia 4-1 and with a different game plan being introduced by coach Vicente Moreno, we could just snatch a point.

Mallorca currently lie in 18th place and after tonight’s game they face three opponents who could make or break our season, Valladolid (H), Espanyol (A) and Alaves (H).

Mallorca should be unchanged from last Sunday’s line-up as none of tonight’s players were selected to start in Tuesday’s debacle at the hands of Zaragoza in the Copa del Rey. Repercussions on that display have been all over the local papers and social media. The major problem we have is with our substitutes, most of whom were signed in haste just before the Summer transfer window closed and who clearly are not up to La Liga standards. One local journalist described the “second unit of Mallorca having no place in La Primera. Mallorca have had to pass three qualifying cup games to expose the deficiencies and lack of integration of half the players in the Mallorca squad – most of them are not fit!”

Signing quality players is a major problem with our lowly 29 million euro salary cap. Teams like bottom club Espanyol, who installed their third coach of the season three weeks ago, have won all these three games, with their Chinese owners opening their wallets and spending 39 million euros on reinforcements; a figure we can’t even come close to. With the transfer window closing in a few days, Mallorca have brought in just one loanee, Puzo from Sevilla. I’m sure there’ll be at least two loan signings with both our CEO Maheta Molango and director of football Javi Recio leaving it as late as possible before bringing players in. One position we need reinforcing is left back.

If we can start picking up points away from Palma and keep playing the way we did in beating Valencia, then our position in next season’s La Liga looks nailed on. Somehow though for whatever reason we can’t buy an away win as Moreno changes the playing system allowing two attackers in Cucho Hernandez and Ante Budimir. It’s now become an obsession with me about us not being able to win on the road for so long – I think I need help?!

With Mallorca’s participation in this season’s Copa del Rey, I liked the new one-leg format with its vibrant rhythm of goals and emotions. The Spanish federation introduced a model close to that of the English FA Cup with one exception, the semi-finals which will still be played over two legs, albeit a month apart. The new format gives new life to clashes between major and minor teams as there is no possibility for the big clubs to hang on and crush their “minnow” opponents in the return leg as before. On Wednesday we saw Ibiza give Barcelona the fright of their lives as they only just avoided extra time. Ibiza were a whisker away from a major upset and a deserved place in the last 16. As for our conquerors, Real Zaragoza, they’ll play at home to Real Madrid. Now that would have filled the Son Moix later this week if we’d tried harder!!

One of Real Mallorca’s long-distance ex-pat fans, Billy Ferguson, passed away in Sheffield, South Yorkshire, last week aged just 50 years old. After working in Andraitx as a tennis coach, a few years ago he returned to live in England, from where Billy continued to support his beloved Mallorca, flying out every weekend for home and away games. 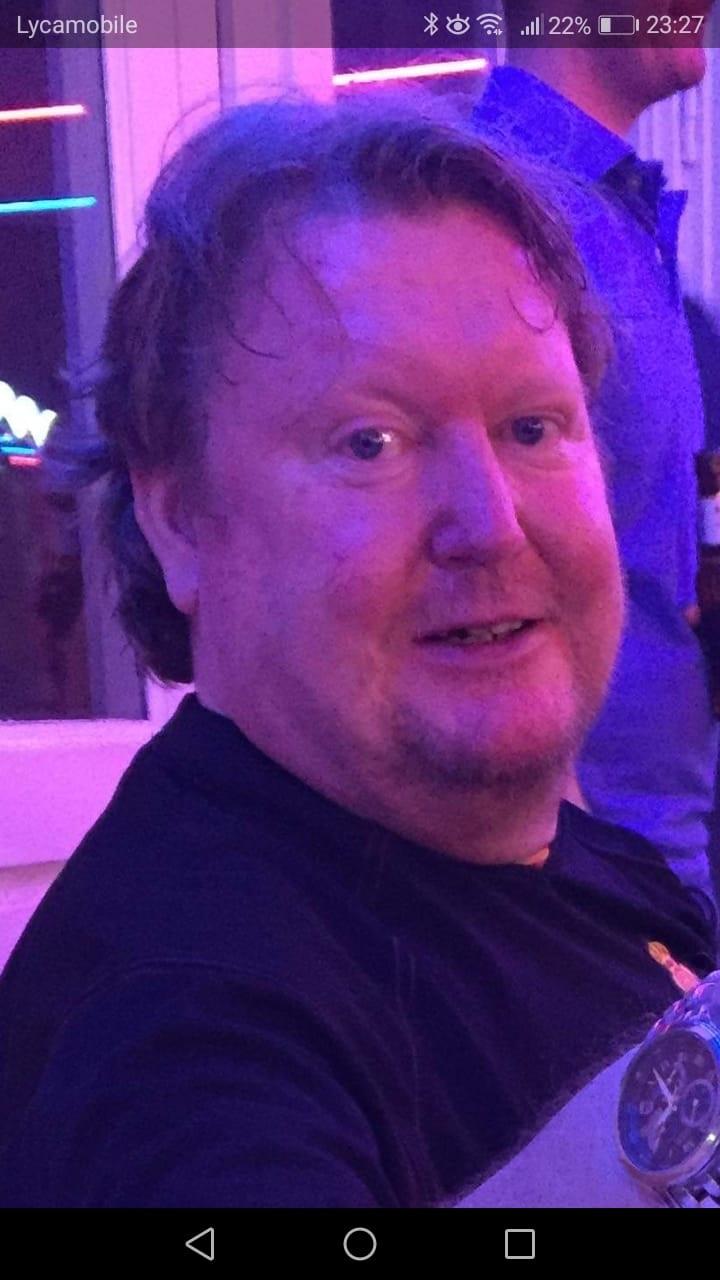 I met him five years ago in Tenerife when Mallorca lost 2-1. Clocking up the air miles, Billy reached the landmark 100 games in 2010, which didn’t go unnoticed by the club. Before a home game, Billy was presented on the Son Moix pitch by then president/owner Vicente Grande, with a signed Real Mallorca shirt with the number 100 emblazoned on the back. A true Mallorquinista, descanse en paz.