THE sporting calendar is starting to return to normal with US Masters in Augusta and the running of the Grand National this weekend, following last week’s Boat Race domination by Cambridge.

The French continue to be the fly in the ointment as they have put back the dates of the French Open tennis at Roland Garros by a week, thus squashing a host of grass-court tournaments in the run up to Wimbledon.

As fans start to return in small numbers and under strict controls, one can only hope the vaccine roll-out picks up and there are at least some people making noise in the football and Olympic stadiums this summer.

Tokyo have already ruled out visitors to the Games and organisers hope the locals will be present to clap, as they are not allowed to sing. It is not clear yet if they are allowed to shout.

The story this week starts in Mallorca, heads to Lausanne in Switzerland, then returns to Mallorca through the international swimmers in Geneva. It is the story of taking plastic waste from the ocean and making a new generation of high-quality training and racing suits.

Hoan Nguyen-Xuan grew up in France with a love of water from sailing trips with his father but it was a diving trip to Mallorca that was to change his future. “I have always been passionate about swimming and scuba diving,”

He said. “I learned to dive at El Toro in Santa Ponsa and was hooked. It is one of the marine reserves on the island and is so beautiful. It was there that the ocean cast its spell on me.

“Then I did a course in rescue diving in Malta and on one dive, out of nowhere, we were covered in plastic waste. It made a huge impression on me and I knew I had to do something.”

The Mediterranean is one of the most polluted seas in the world.

According to the WWF, plastic represents 95 percent of the waste floating in the Med., most of which comes from Turkey and Spain, but it is the microplastics that are at record levels and four times higher than the ‘plastic island’ in the North Pacific. 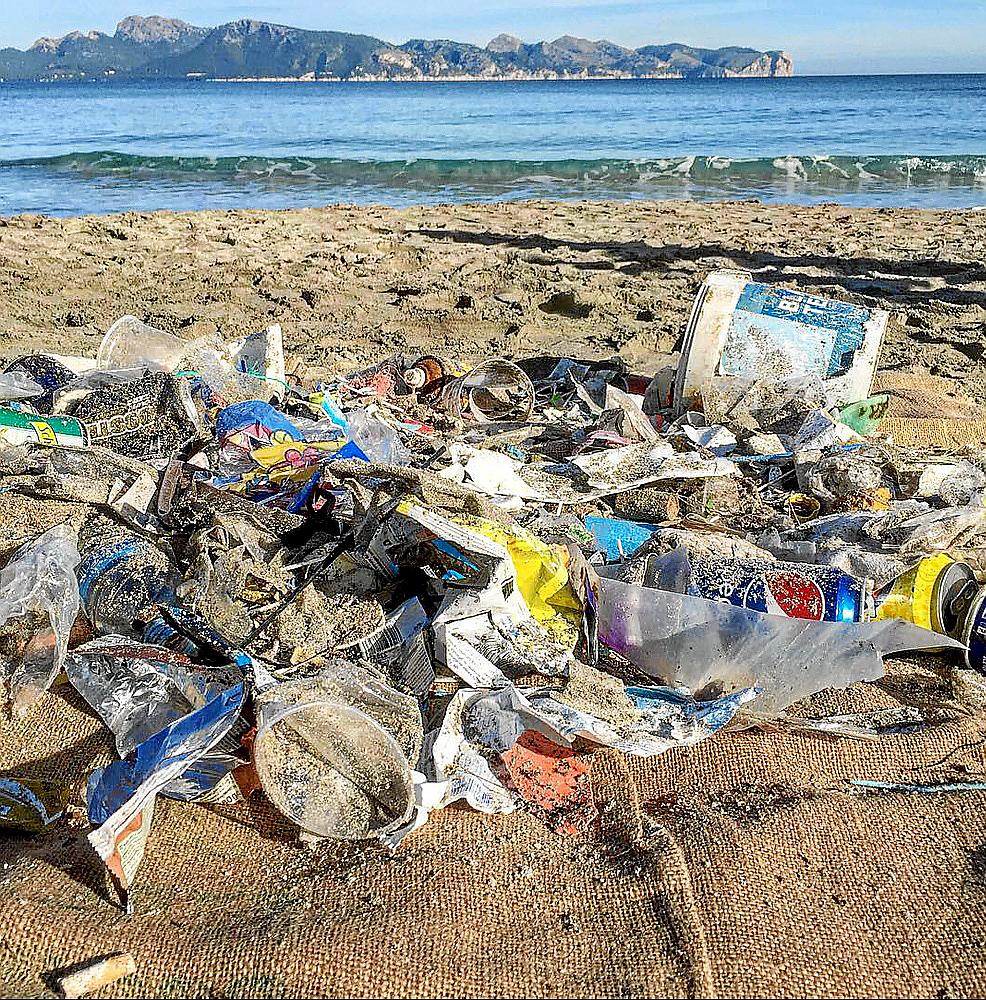 Hoan educated himself on ocean preservation and protection. The number couldn’t shake was that 46% of that plastic island was made of industrial fishing nets. These nets are made of the highest quality Nylon, which is also used to make race suits and training suits for swimmers.

This was the lightbulb moment where Hoan thought there must be a way to re-use this waste to make a new generation of high quality swim suits.

And this is the part of the story that connects Mallorca with the swimming community in Switzerland.

Hoan had moved from his home in France to work as an IT engineer in Lausanne where he connected with the huge Masters swimming community in Geneva.

One of the swimmers, Craig Norrey, is a multi-world record holder and engineer in Nylon at DuPont. Craig and the swim group run by Fatima Lindo are regular visitors to the Masters competitions at Son Hugo in Palma, and to the BEST Centre for their training camps. As elite swimmers, they were ideally placed to help Hoan with the product development needed to bring the suits to market.

Hoan explains the benefits of using re-cycled high-grade Nylon. “The vast majority of swim suits are made of polyester which is cheaper and less durable than Nylon. Nylon is very soft and very tough. It is soft as silk and strong as steel.

It is very comfortable and when stretched, it returns to its original shape. Polyester gets loose and breaks down quickly, which is why swim suits don’t last very long. In contrast, these suits are like a second skin and stick tightly to the shape of the body making it more comfortable, more streamlined and more durable.

The swimmers testing the suits have swum over 900km and they are still in perfect condition.” I assume he is talking here about the suits and not the swimmers.

“Sport is a great vector to convey a message. Our message is to rebel against the issues of plastic pollution, which is why we are called Shark Rebellion.”

To find out more, they have a kickstarter campaign on their webpage Sharkrebellion.com and Huan is looking forward to continuing his diving with the next trip planned for the Cabrera Archipelago.