Real back to their ruthless best

Saturday's 'Clasico' certainly lived up to its billing as Real Madrid edged Barcelona 2-1 in torrential rain with a potent mix of quality and good fortune which bodes well for their chances of finishing first in a remarkably tight title race.

Real were missing key players and lost another in Lucas Vazquez during the game but went ahead with a sublime goal by Karim Benzema before doubling their advantage with a scrappy, deflected free kick from Toni Kroos.

They rode their luck too as Barca hit the woodwork twice and had two penalty appeals turned down, but Real were still worthy winners and are only one point behind leaders Atletico Madrid and one ahead of third-placed Barca with eight games left. 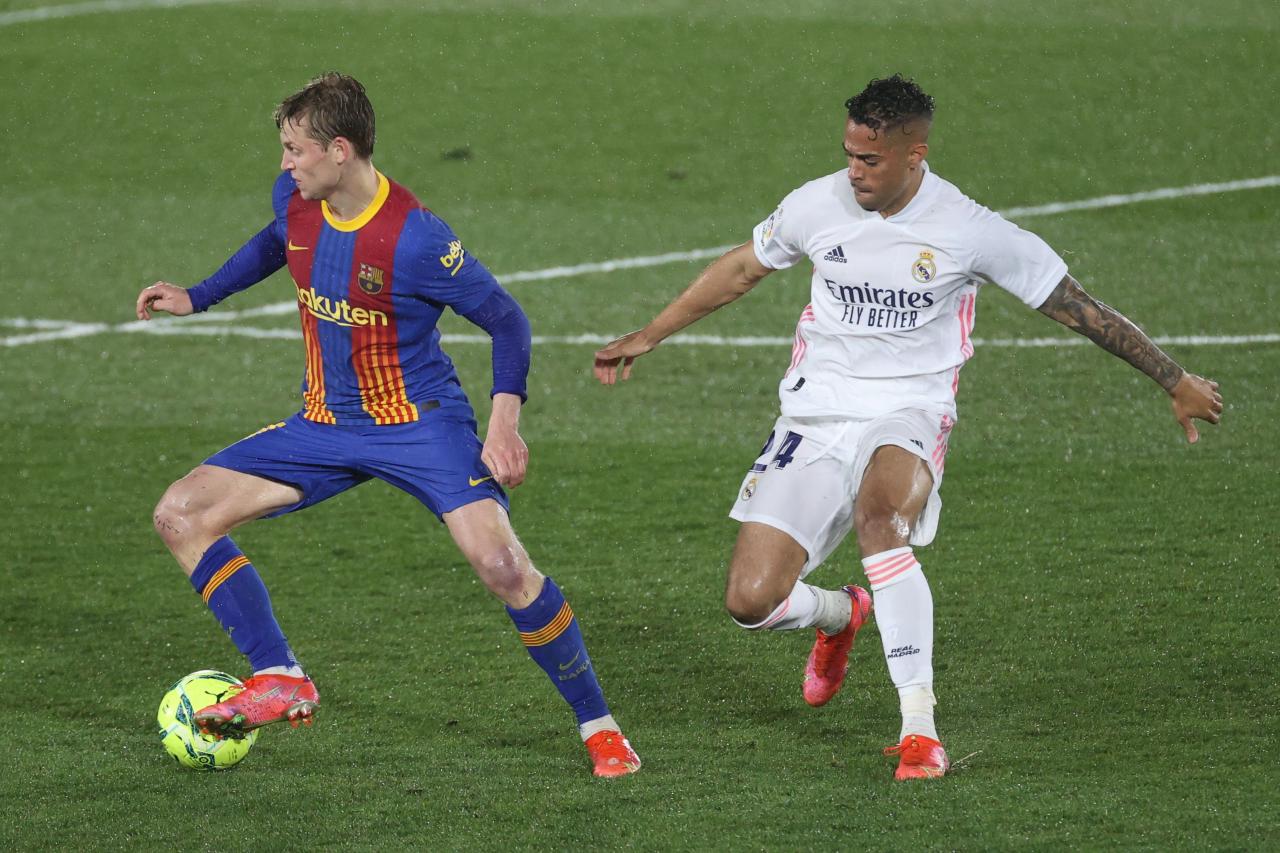 Zinedine Zidane's side produced these types of performance frequently during last season's surge to the title and even though this title race is on a knife edge, winning such an epic game gives them the mental edge.

Barcelona coach Ronald Koeman was keen to highlight the referee's role in his side's defeat by Real but his complaints could not mask his dismal record in the biggest games.

Defeat in the 'Clasico' meant Koeman became the first Barca to lose twice to Real in the same season since 2008 and added to a long list of crunch games he has failed to win this season.

Koeman's side were beaten 1-0 at leaders Atletico Madrid in December, while his record in the biggest Champions League games also makes for grim reading.

Barca lost 3-0 at home to Juventus to finish second in their group, setting up a last-16 tie with Paris St Germain which they lost 5-1 on aggregate. They were also beaten by Athletic Bilbao in the Spanish Super Cup final.

Koeman has won over many Barca fans and before Saturday his side had won 16 of their previous 19 league games while remaining unbeaten.

Yet it is his record in the games that matter most that will determine whether he stays in the job next season.

Atletico Madrid clung on to their lead at the top with their 1-1 draw at Real Betis but paid a heavy price with injuries to Kieran Trippier and Joao Felix, leaving their squad looking increasingly thin for the decisive stretch of the season.

Diego Simeone's side are now without four of their key attacking players, including top scorer Luis Suarez, and their injury crisis comes at a time when they have only scored twice in their last four league games.

The Argentine coach is more than used to swimming against the tide, however, and in a typical show of defiance he insisted he was relishing his team's struggles.

"We are in a moment of resistance and I like it. When the going gets tough you have to play with your hearts," he said.