After a weekend when, for the Hartlepool by-election on Thursday, the Monster Raving Looney Party have said in their manifesto they’ll enroll the Victoria Arms darts team to speed up the pace of the vaccination programme ! – Real Mallorca took a huge leap towards automatic promotion when they beat a fiesty Mirandes 2-1 on Saturday night.

Again we made heavy weather of this win but as soon as news filtered through that Oviedo had grabbed a late equaliser against our promotion rivals Almeria, smiles came back on the players faces. We eked out a result that puts us with a foot and a half in La Liga. We’re now eight points clear of Almeria (nine in theory as we won the head-to-head) with five games remaining. REAL MALLORCA NEED TWO WINS AND A DRAW (SEVEN POINTS) to sit down again at the top table of Spanish football after being relegated last season.

The hero for us on Saturday was 28-year-old striker Abdon Prats from Arta who was involved in both goals. Mallorca faced this game with an air of panic despite being six points ahead of Almeria. Doubts had entered many sceptical Mallorquinistas’ heads that automatic promotion could be a step too far after a couple of bad results against teams struggling further down the league. In the first 20 minutes nerves were palpable as we passed the ball around like a hot potato.

With coach Luis Garcia Plaza sitting out the first of a two-match suspension high in the stand, he’d more or less picked his strongest starting XI. Mirandes, with nothing to play for, put us under pressure and in attacking midfielder Nicolas Jackson (a 19-year-old Senegal international on loan from Villareal) they had the best player on the pitch; there was danger every time he touched the ball.

We could do with him next season. With nerves jangling and half time looming, Mallorca scored in the 43rd minute. Olivan put over a tasty cross which the Mirandes defence failed to deal with, allowing Abdon space to turn and shoot. The ball took a deflection off Vivian, giving their goalkeeper no chance at the near post, 1-0. That was Abdon’s eighth of the season.

The second half couldn’t have started any better as we doubled our lead in the 50th minute. Amath broke into the Mirandes half, passed to Abdon, his effort was parried by the ’keeper with the ball ricocheting off Vivian (who had an unfortunate evening !) and finished in the net, an own goal, 2-0. Ten minutes later Raillo hobbled off to get an ice-pack on a knee injury as it looked like Mallorca had at last taken control of the game. However, just past the hour mark Mirandes pulled one back with a beauty. 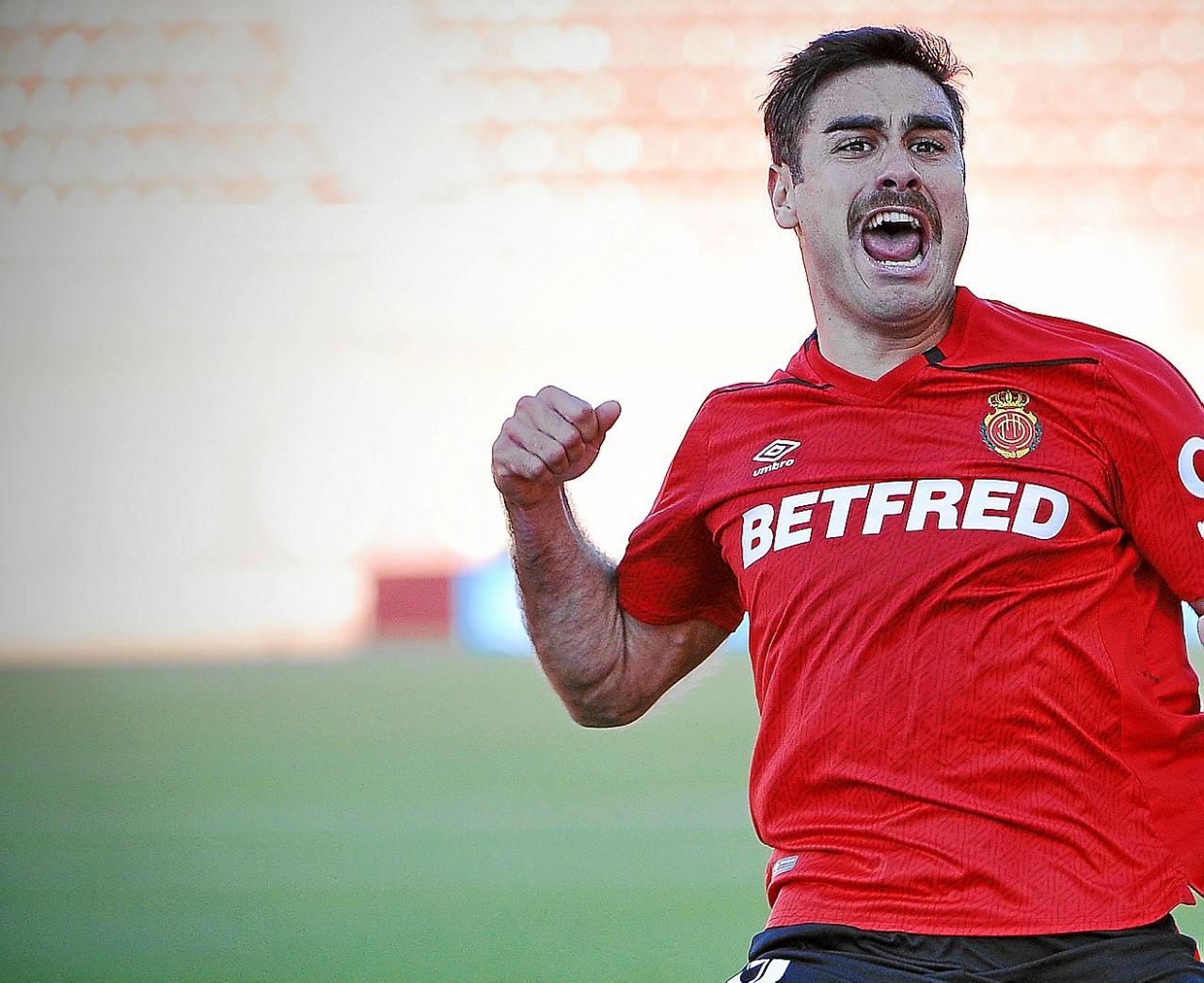 Algerian midfielder Djouahra, on loan from Real Sociedad, hit a screamer from outside the area that had goal written all over it, 2-1. With half an hour to go it was nerve-jangling time again and we were being harassed by a team with nothing to lose. Changes were made and I was delighted to see Lago Junior at last getting some game time. He hasn’t made an appearance since early February.

SUMMING UP : The result meant we’d halted a negative dynamic of two defeats to minnow teams near the bottom of the league and we got a result, although far from convincing. The hero on the night was Abdon Prats. He may not be in the Kylian Mbappe school for strikers but when push comes to shove Abdon’s always first in line, and is fundamental for us at the moment.

There’s a special bond between Abdon Prats and Real Mallorca as he’s alternated heroics with stages of silence and darkness. His contribution got Mallorca out of jail and has put them in a prime position for promotion. Mathematically with 15 points at stake, seven should be enough to clinch the deal. Next up we’re away at mid-table Malaga on Saturday at 9 pm. Dani Rodriguez will miss out through suspension.

AND FINALLY, Once upon a time, there were three kingdoms, all bordering on the same lake. For centuries, these kingdoms had fought over an island in the middle of the lake. One day, they decided to have it out, once and for all.

The night before the battle, the knights cavorted and sharpened their weapons as the squires polished armour and prepared dinner. The third kingdom was very poor, and only sent one elderly knight with his sole squire. The night before the battle, the knight sharpened his weapon, while the squire, using a looped rope, slung a pot high over the fire to cook while he prepared the knight’s armour.

The next day, the battle began. All the knights of the first two kingdoms had cavorted a bit too much (one should never cavort while sharpening weapons and jousting) and could not fight. The squire of the third kingdom could not rouse the elderly knight in time for combat. So, in the absence of the knights, the squires fought.

The battle raged well into the late hours, but when the dust finally settled, a solitary figure limped from the carnage. The lone squire from the third kingdom dragged himself away, beaten, bloodied, but victorious.

And it just goes to prove, the squire of the high pot and noose is equal to the sum of the squires of the other two sides !