Chris Martin is one of the most renowned swim coaches in the world. He is a dirsupter and a truth teller, a graduate of Yale and he wants to change the world.

He is in Mallorca with his Malaysia national team where he has been based for the last two years.

Martin grew up in the US, started coaching at 23, coached a swimmer to two Olympic Golds, spent 15 years in the UK laying the foundations for the success the British team are enjoying now, coached in China for five years and is now in Malaysia. He knows everything about swimming, but it is his take on other sports that interests me.

Usually it is cricket that confounds the visitor but for this American it is rugby that is impenetrable.

“I have no idea what’s going on. I have no idea how they don’t break their neck in every scrum. The ball is always going backwards and they are all going forwards and it just doesn’t make any sense.

“But I love cricket. The greatest team effort in all sport that I have EVER SEEN”, Martin is always animated when he talks, “was when Australia beat South Africa in the world cup in 1999. South Africa needed one run to win and had four balls. When the ball was hit, and Alan Donald at the non-striker’s end didn’t run, the ENTIRE AUSTRALIAN TEAM all pivoted as one, all at EXACTLY the same moment, all knowing exactly what to do, under the most extreme pressure.

“That’s when I started paying attention and I knew all about LBW before I learned the offside rule and I’m some dude from the woods in Pennsylvania.”

Martin says that during his time in the UK, he invested a lot of time in watching football and was often at Chelsea or Villa or Newcastle.

He could never understand how the fans could remain SO PASSIONATE when it was 0-0 or 1-0.

“Then I saw Asprilla go on a thrilling scoring spree and the penny finally dropped. I said to the guys around me, ‘This game isn’t about scoring AT ALL. It’s about the frustration when they don’t score; it’s about a whole lot of NEARLY scoring!’ And they all laughed and said ‘Yeah.’” 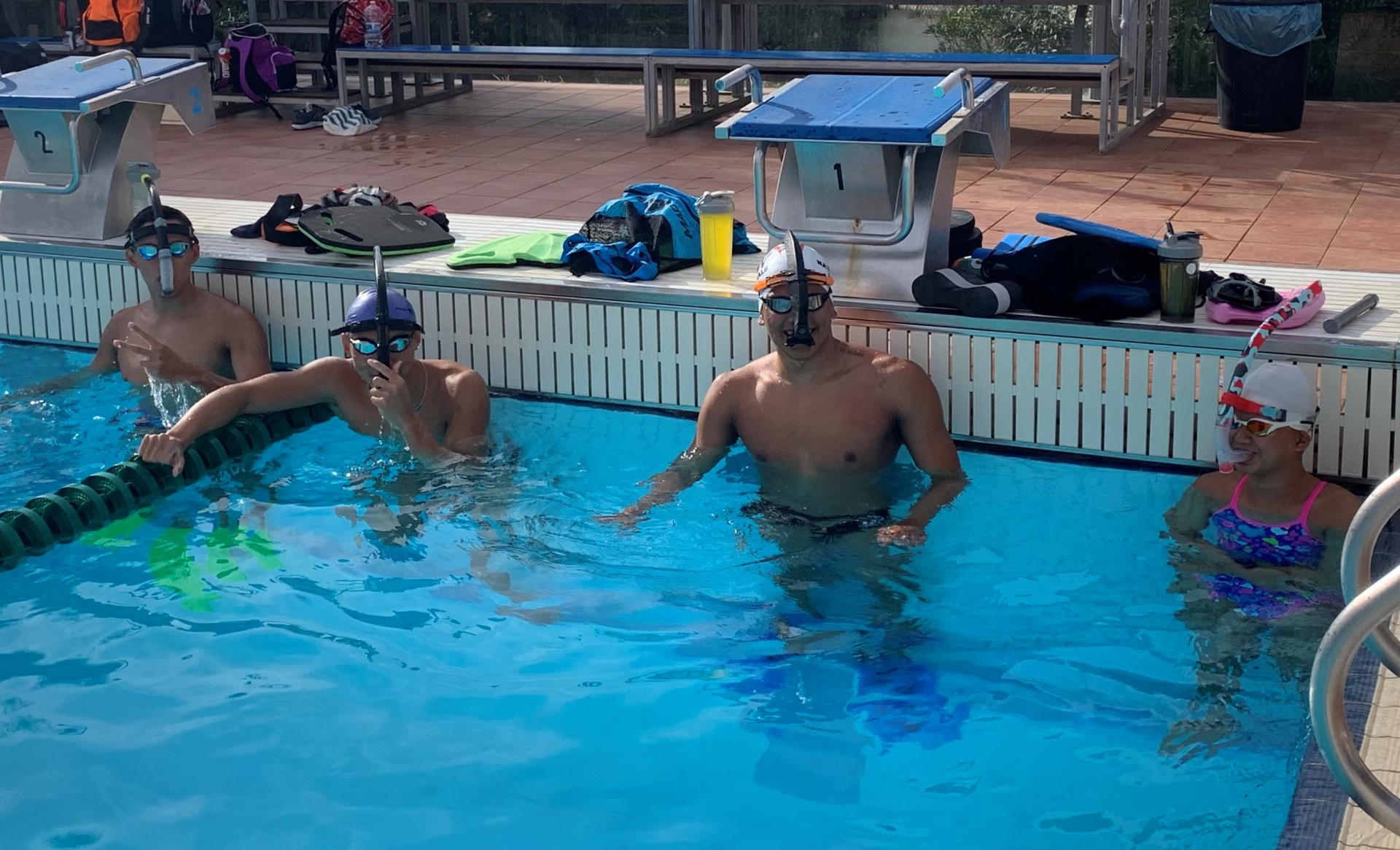 Which takes this swimming coach to Stanford Bridge where he was handed a £900 ticket for a seat next to Marcel Desailly at high-level three-day conference on elite performance in football.

“So this guy gets up, full London accent and says he’s the assistant coach at Fulham on 350 grand a year. He makes a presentation about heart rate variability. He’d been using it for seven months. I’ve been using it for SEVEN YEARS. He didn’t have a freaking clue. I looked around and thought man am I in the WRONG SPORT.”

Martin has a story about everything. He knows everyone in swimming and is a student of everything.

He graduated in economics from Yale and spent two years with a Japanese investment fund before giving up the big bucks and committing himself to swim coaching.

“I love this sport so much it HURTS” he said. “Sport always used to be it is my effort against your effort and we’ll see who wins. It’s not so much now. We’ve lost that. Now it’s all what’s in it for ME? I want to change it back.”

There are a lot of things he wants to change. He is a disruptor of systems. He wants to change the colour of swimming to bring on a generation of African swimmers. “Becuase you KNOW that’s the future. I’ll tell you a story, about Frankie Frederiks” he says grinning all over.

“I was in Athens in 2004 and lumbering around the running track in the Games village just for some exercise. There were three black guys there in suits and one was on the phone. After twenty minutes of watching me slowly going round and round the guy on the phone said ‘You! Come here! Who ARE you?’ So I said I am a swim coach with the British team. He told me he was Frankie Fredericks and that I was the WORST black man running he had EVER seen and needed to know who the hell I was. The three of them fell about laughing. Frankie Fredericks man.”

Martin is one of the only people in the world who, when I ask him a question, I have no idea what he will answer. “Did I ever tell you the story about the day I hugged Fidel Castro at a meet in Cuba..?”