The substitutions made a difference as the game changed completely

After a weekend when on Saturday West Ham’s Craig Dawson complained to the referee that Newcastle’s Chris Wood kept meowing at Kurt Zouma! – Real Mallorca, in a hotly disputed match, went down 2-1 to Real Betis in their Estadio Benito Villamarin on Saturday night.

The home side went ahead in the 25th minute when ex Mallorca player Alex Moreno headed home an inch-perfect Sergio Canales pass to put the Sevilla side ahead. Not long after that a sensational cross by our left back Jaume Costa saw a shot from Vedat Muriqi come back off the post.

With time running out in the first half and Mallorca in defensive mode, Betis midfielder Victor Ruiz made a clumsy tackle on Galarreta near the halfway line. 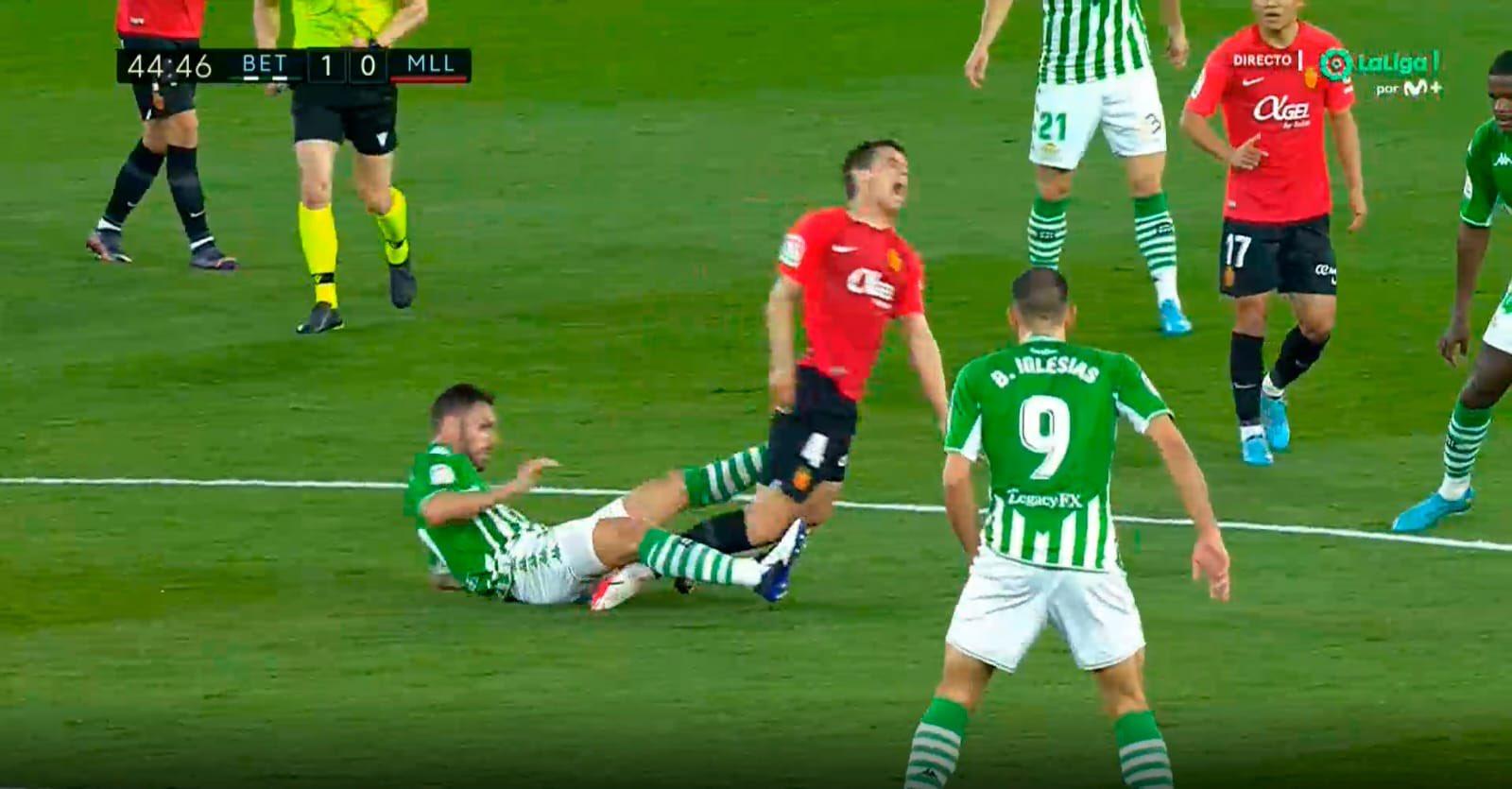 On the TV replay, the tackle (it was one of those if-you’re-squeamish-look-away-now replays) warranted a straight red card instead of the paltry yellow that was shown.

At half time Mallorca coach Luis Garcia Plaza wasted no time looking for solutions to the threat Betis were causing, especially down the left.

Kubo was replaced by Kang In Lee, Amath replaced Angel and Antonio Sanchez came on for Galarreta.

The Galarreta injury has left a sour taste in the mouths of Mallorca fans.

Once again he was at a good level and had become indispensable alongside Salva Sevilla.

We’ll miss his dynamism in midfield and just how the perpetrator of his injury wasn’t shown a straight red beggars belief.

The substitutions made a difference as the game changed completely. 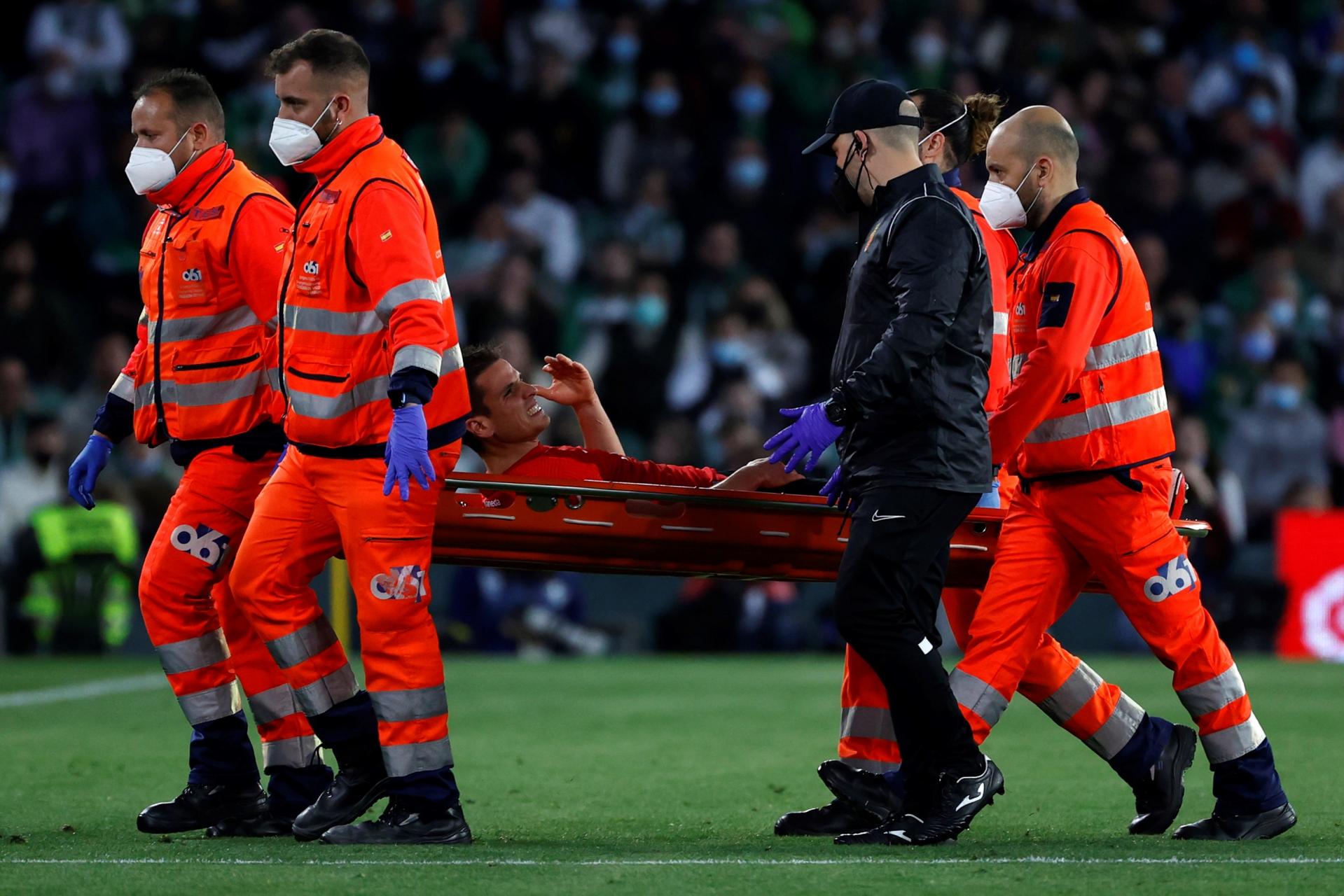 Both sides were on the same level and soon the possibility of a draw loomed large on the horizon.

In the 74th minute Mallorca equalised.

Again Costa provided the ammunition and Muriqi’s powered header from distance was a beauty, 1-1.

That goal brought the loudest cheer I’ve ever heard in the Mallorcafé but there still was at least a quarter of an hour left to go – could Mallorca hold on?

The answer – no they couldn’t. In the 81st minute Battaglia put an unnecessary hand on a shot inside the area and after a VAR consultation a penalty was awarded. Willian Jose made no mistake from 11 metres, 2-1.

SUMMING UP: All the talk yesterday before he’d had a scan was the career-threatening tackle by Betis player Victor Ruiz on Galarreta, who has already suffered two cruciate ligament injuries that have seen him miss two years of his career.

If Ruiz’s foul had been suffered by a player from Real Madrid or Barcelona, it would have been all over the front pages of the sports papers. But because it’s little old Mallorca, the incident has been swept under the rug.

The VAR referee was like greased lightening to award a penalty to Betis for Battaglia’s stupid hand ball. It should also be used for career-threatening tackles.

It’s such a shame for Galarreta as he was at a good level and had formed a solid partnership in midfield with Salva Sevilla.

It’s now possible that Mallorca will put in an official complaint about the leniency given out to Ruiz, which should have warranted a straight red and a lengthy suspension.

As to the game, when the referee blew for full time, Betis knew they had been in a scrap and they claimed all three points which they hardly deserved.

They come to Palma after a 1-4 drubbing by Barcelona. We need not have any fear of Valencia after our superb efforts against Betis. Bring it on!

AND FINALLY, a man walks into a diner with a full-grown ostrich behind him. He orders a hamburger and chips and a coke and turns to the ostrich saying “What are you having?”

“I’ll have the same” replies the ostrich. A short time later, the waitress returns with the order and the man reaches into his pocket and pulls out the exact money. The next day the same thing happens again and this becomes a routine until late one night the two enter the diner again. “The usual?” asks the waitress. “No, this is Friday so I will have a steak, medium rare, baked potato and salad.”

“Same for me,” adds the ostrich.

The waitress comes back with the order and once again the man pulls out the exact money and places it on the table.

“Excuse me, sir,” says the waitress, “how do you always mange to have the exact amount of money?”

“Well,” sighs the man, “several years ago I found an old lamp, when I rubbed it a genie appeared and offered me two wishes. My first wish was that if I ever had to pay for anything in cash, I would put my hand in my pocket and the right amount is always there.”
The waitress asks “One other thing, what’s with the ostrich ?”

The man sighs and answers “My second wish was for a tall bird with long legs who agrees with everything I say!!”