After a weekend when the man who developed the hard boiled egg wrapped in sausagemeat has died – RIP Scott Chegg! – Real Mallorca suffered a difficult defeat to explain 0-1 to Valencia in front of 14,417 fans on Saturday. A stunning shot from 30 metres in the 4th minute from ex Arsenal and Brazil midfielder Gabriel Paulista (in his first game since October) silenced the crowd to give Valencia only their second win in Palma since 2007. The 0-1 scoreline didn’t reflect what local fans saw on the pitch in what was a ferocious, take-no-prisoners encounter which Mallorca should have won.

After the early goal, we almost hit back immediately with a Muriqi effort blocked by Valencia’s Georgian ’keeper Giorgi Marmadashvili. The islanders took a hold on the game midway through the first half but had neither the luck nor the breaks in front of the opposition goal.

We weren’t only just knocking on the Valencia goal, we were hammering it down.
Most of our first-half attacks came down the right flank with Take Kubo the man of the match and the best player on the pitch, playing like a man possessed.

Unfortunately he was scythed down time and time again, some of these tackles he received were verging on grievous bodily harm! For all these clear fouls he received, no sympathy from another shocking referee, the Sevillian Señor Figueroa Vazquez, who issued four yellow cards in a feisty first half.

One tackle on Kubo by Alderete warranted a red card, which wasn’t forthcoming.
Valencia under Jose Bordalas are now “a dirty team” that annoys opponents and fans so much due to their repeated fouling on and off the ball.

After Kubo was pole-axed yet again, he pleaded with the referee, unsuccessfully, for some protection, but for his protestations he was booked!

I read a stat on Sunday that highlighted that Valencia makes 100 more fouls than the La Liga average. Bordalas approached this game with one objective – don’t lose. Also in the great scheme of things was : stop Muriqi at all costs. With three big men at centre back, the Kosovo/Albanian (El Pirata) hardly had a kick. Valencia installed a five-man midfield who choked the creativity out of Salva Sevilla and Antonio Sanchez. Salva had an off day, having little success with his set piece attempts. Half time, 0-1.

In the first five minutes of the second half, we created more danger than in the entire first period. Mallorca were in the driving seat. We poured forward looking for that vital equaliser. Maffeo and Muriqi saw their efforts thwarted and it seemed on pressure we would bulge the onion bag (old school or what?).

The more we put Valencia under pressure, the more “dirty” they became. Near the end of some incessant Mallorca pressure, Jaume Costa found himself in acres of space in the penalty area with the goal at his mercy.

Somehow he managed to miss the target when it looked easier to score. In the last 10 minutes the red mist descended on the Son Moix as the “numpty referee” looked to have lost control of the game. Valencia had a player sent off near the end and then our coach was dismissed (straight red for throwing a plastic water bottle down in the technical area shouting twice “That player should have been booked”) – a very harsh outcome which means a suspension. 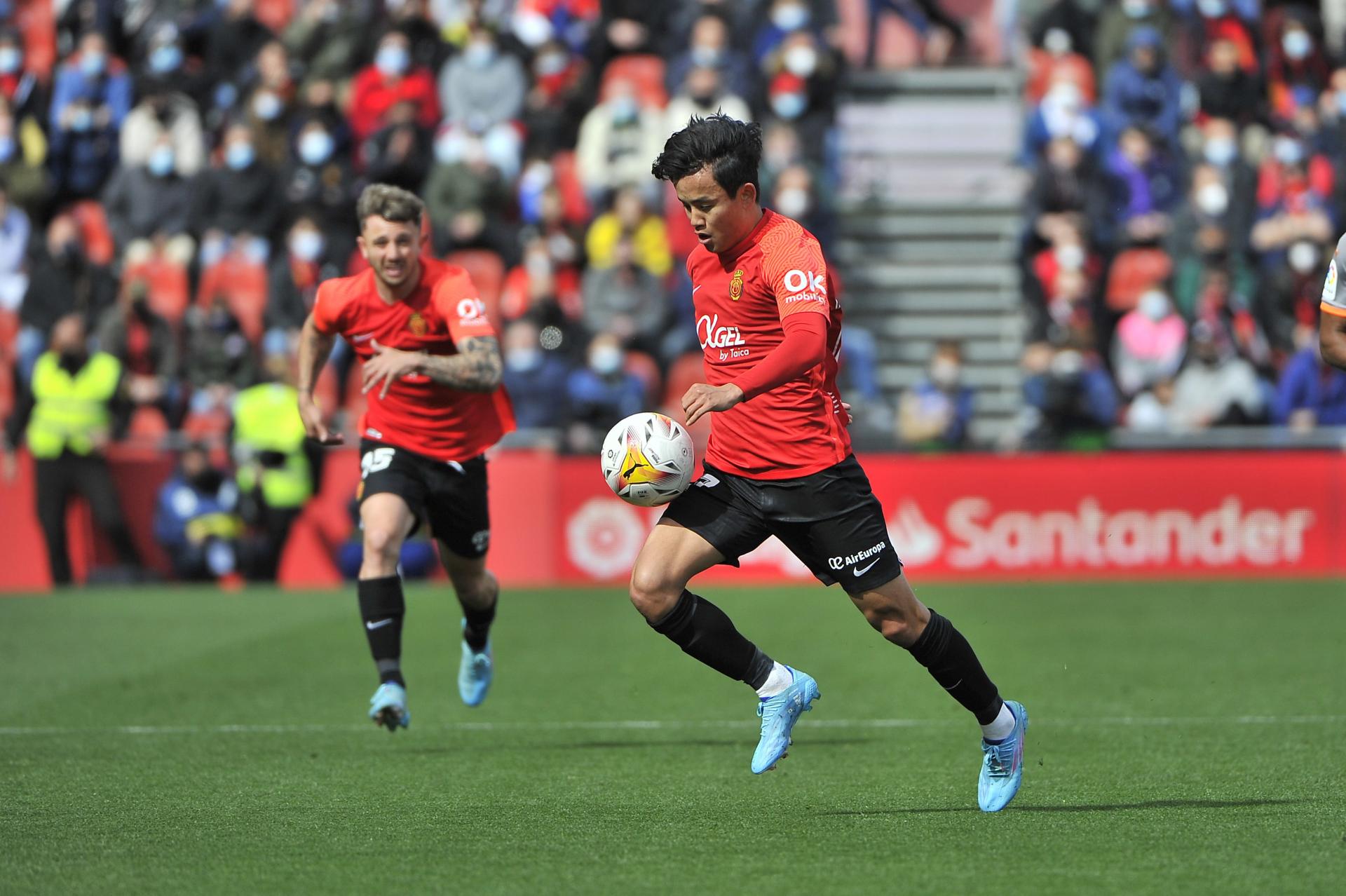 Then unbelievably the referee showed a straight red to our doctor Adolfo Muñoz Macho for protesting. I can’t remember in all the decades I’ve watched RCD Mallorca ever seeing a doctor being sent off!!

SUMMING UP: We won 14 corners to Valencia’s one and had 67% possession.

Mallorca fans at the end were so angry when the final whistle blew. I’ve also never ever heard them castigate an away side using the p**a word as they left the Son Moix! We were up against 11 assassins and a referee who if he had been a doctor would have been struck off the medical register. He had officiated at four of our games and we’ve lost the lot, always controversially.

Over the four decades I’ve fallen in love with RCD Mallorca, watching Valencia was always a treat. Under ex Mallorca legend Hector Cuper and Rafael Benitez they were a joy to behold. The team they have now are a disgrace to the memory of a once great Spanish club.

The reason for that is their present coach Jose Bordalas has instilled an anti-football policy and a “don’t lose” mantra. All the teams of which Bordalas has been in charge, Alcorcon, Getafe and now Valencia, have turned to time-wasting, spoiling tactics, simulating injuries, and dirty tricks. As for Mallorca on Saturday, we put on a swashbuckling display with no end result.

Valencia had two attempts on goal and scored one, we had three which were clear cut but couldn’t put them away.

TOMORROW NIGHT (Wednesday, March 2 at 9 pm) we have another tricky encounter against REAL SOCIEDAD IN THE SON MOIX. It’s a game we really need to win to ease our relegation concerns. Sociedad come to Palma on the back of a 1-0 win at Osasuna on Saturday. However, they haven’t won on their travels in La Liga since the start of November.

AND FINALLY, an Englishman and an Irishman go into a bakery. The Englishman steals three buns, puts them in his pockets and leaves.
He says to the Irishman “That took great skill, the owner didn’t even see me do it.”
“That’s just simple thievery,” the Irishman replies.

“I’ll show you how to do it the honest way and get the same results.” He tells the owner that he’s going to do a magic trick and proceeds to eat three buns. The owner says “Okay, where’s the magic trick ?” The Irishman answers “Look in the Englishman’s pockets!”