Big changes on the way at R.C.D Mallorca

There could be as many as 10 new faces coming in.

After a week when on Thursday we took our car for its ITV (MOT) test down in Son Oms, Ca’n Pastilla – I wouldn’t say the guys doing the testing were slow, but the chickens outside pecking around in the garden were moving quicker – Real Mallorca, after a heart-stopping season finale, can thank their 62-year-old Mexican coach Javier Aguirre for reversing a situation that looked to have no solution.

A 2-6 defeat at home to Granada gave us a foot and a half in the second division. Somehow Aguirre (who’s known as a bit of an expert in getting teams who looked doomed out of the relegation mire) then engineered a 0-0 away at Sevilla with a 94th minute wonder-save by Reina giving us a lifeline.

We followed that up with victories against Rayo Vallecano with Abdon Prats netting a 92nd minute and a euphoric 0-2 win away at Osasuna. We’d gone from a nailed-on disaster to a miracle of biblical proportions.

Now our technical director Pablo Ortells has to pull out all the stops in rebuilding Real Mallorca during the summer. There could be as many as ten new faces coming in as we must not be put through this end of season trauma we had over the past three weeks. We need to have a team rebuilt for the 2022/23 season that will give us long-suffering fans the leap in quality we all want. At the start of the season many Mallorca fans were saying fourth bottom in La Liga would be a “good result” come May. We finished joint fourth bottom with Cadiz and Getafe.

Sadly two of our legendary figures, Manolo Reina and Salva Sevilla, will be moving on during the summer after five fantastic years. Both arrived at a time of maximum difficulty with the team languishing in Segunda B or the third tier of Spanish football.

They were an integral part of a side that accumulated three promotions, two of them to La Liga and both these veterans have been vitally important in achieving the club’s permanency in top flight Spanish football. It’s going to be especially difficult replacing 38-year-old Salva Sevilla with his silky passing skills and who has been the heartbeat of Real Mallorca for all of those five years. In his time here, Salva has played 186 official games with a total of 25 goals (some of them world class free kicks) and 21 assists.

Reina was a typical goalkeeper having some miraculous interventions then losing howlers. He also gave us the collywobbles by spending long periods standing on the halfway line when the ball was down the other end ! He made 176 appearances and his wonder save (that I mentioned earlier) against Sevilla three weeks ago was one of the main reasons we’ve stayed up. Reina (37) wrote an emotional farewell on a social media post saying “I leave with a clear conscience of having given everything.” Salva gave out a similar message and the club are working on a joint farewell in front of the fans in the next few days.

These are big boots to fill and another player likely to leave is Take Kubo. His departure is mostly for economic reasons and secondly Aguirre hasn’t played him from the start in the last four games. Real Madrid (Kubo’s parent club) are asking for us to pay Take’s wages of two million euros which, for a player who’s scored one goal with one assist, is not value for money. A message on social media declared “we need more muscle up front and fewer pirouettes”.

Of course Kubo’s presence has provided many external sponsors and “@Gel” (our main shirt sponsors) pay one million euros a year. One good thing however is we may not have so many 2pm kick offs next season as the Japanese TV audiences will disappear. The same can happen to South Korean Kang-In-Lee who, when push comes to shove in our La Liga survival run-in, didn’t deliver as we expected.

Coach Aguirre has gone on a mini-vacation but he’s left on Pablo Ortells’ desk the names of several Mexican players who could fit the bill at the club. Our midfield must be renewed with quality and Ghanaian international Baba (who’s had a disappointing season) may be let go if a club can match our asking price.

Two players have become priority signings for next season. The first is Catalan right back Pablo Maffeo, he was undoubtedly our best signing last summer. I can’t remember a better right back for Real Mallorca and it’s been rumoured that a deal with his parent German club Stuttgart has already been done for around three million euros with At. Madrid already checking him out.

Maffeo (24) played 35 of the 38 league games and his strength and mobility (one goal, five assists) make him not only fundamental in our defence but as one of the best Spanish-born defenders in La Liga. Another defender on the move is Brian Olivan who’s joining Espanyol. We’ll miss his forays down the left wing and his long throw-ins always put opposition defenders under pressure. 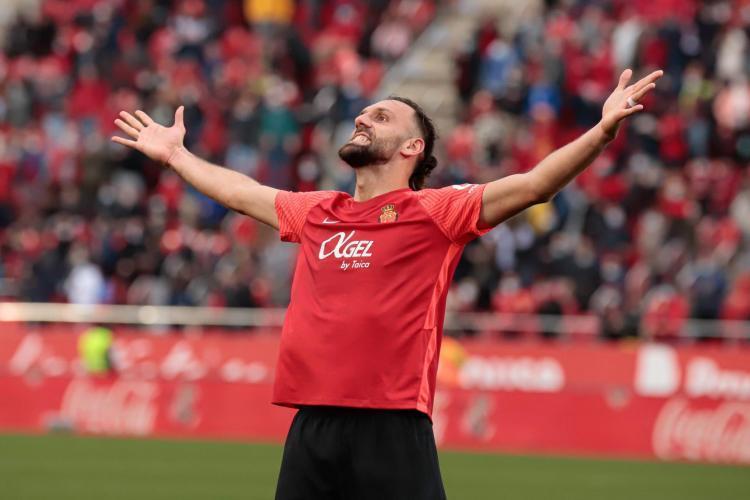 The other player who’s a must on the shopping list is striker Vedat Muriqi, although his permanent move from Lazio could cost Mallorca 12 million euros – a lot of money for a club like us. He only scored two goals for Lazio in 49 games and hopes for him in Rome were not high.

However, at Mallorca he’s been sensational (five goals and three assists) in 16 appearances. As long as Mallorca can pay around six million euros there’s a feeling a deal could be struck. The Kosovan international has become a huge fans’ favourite due to his important contribution in our fight to avoid relegation.

A busy summer is coming to Mallorca.

AND FINALLY, Bill and George are hunting when Bill tells George “I'll send my dog out to see if there are any ducks on the lake. If there aren't any, then I'm not going out hunting.”

So he sends his dog out, it comes back and barks twice. Bill says to George “That's it, I'm not going out if there's only two ducks on the pond.” George has a think then replies, “Are you telling me you're going to take the dog's barking as accurate?”

George decides he wants to have a look for himself and, sure enough, the dog was right, there are only two ducks on the pond. George is impressed and asks Bill where he got the dog from and is told he got him from the breeder up the road.

George decides he wants a dog as well, so he goes to the breeder who sells him one. George takes his new dog out to find ducks. Minutes later the dog returns with a stick in its mouth and proceeds to hump George's leg. Outraged, George takes the dog back to the breeder and demands his money back, calling the dog a fraud.

The breeder asks George what the dog did, so he tells him “It came back with a stick and started humping my leg.” The breeder says “George, all he was trying to tell you was that there were more f**king ducks out there than you can shake a stick at!!”