Busy Rugby Weekend for the Baleares

In spite of windy, wet weather the Rugby Day hosted by Shamrock RC was a great success on Saturday.

The youngsters from the various clubs carried on with their short games in good humour with spectators watching from the sidelines with umbrellas or under cover.

The artificial pitch was a little difficult to play on having been made slippery by the rain, however the young players did their very best to the delight of their supporters.

At 12:00 the U12 teams began their games with the new home team joining in for the first time and began well with everyone keeping an eye on the arrival of extremely black clouds which threatened to put an end to the match. Not long afterwards the torrential downpour arrived so the game was suspended to the disappointment of all concerned. 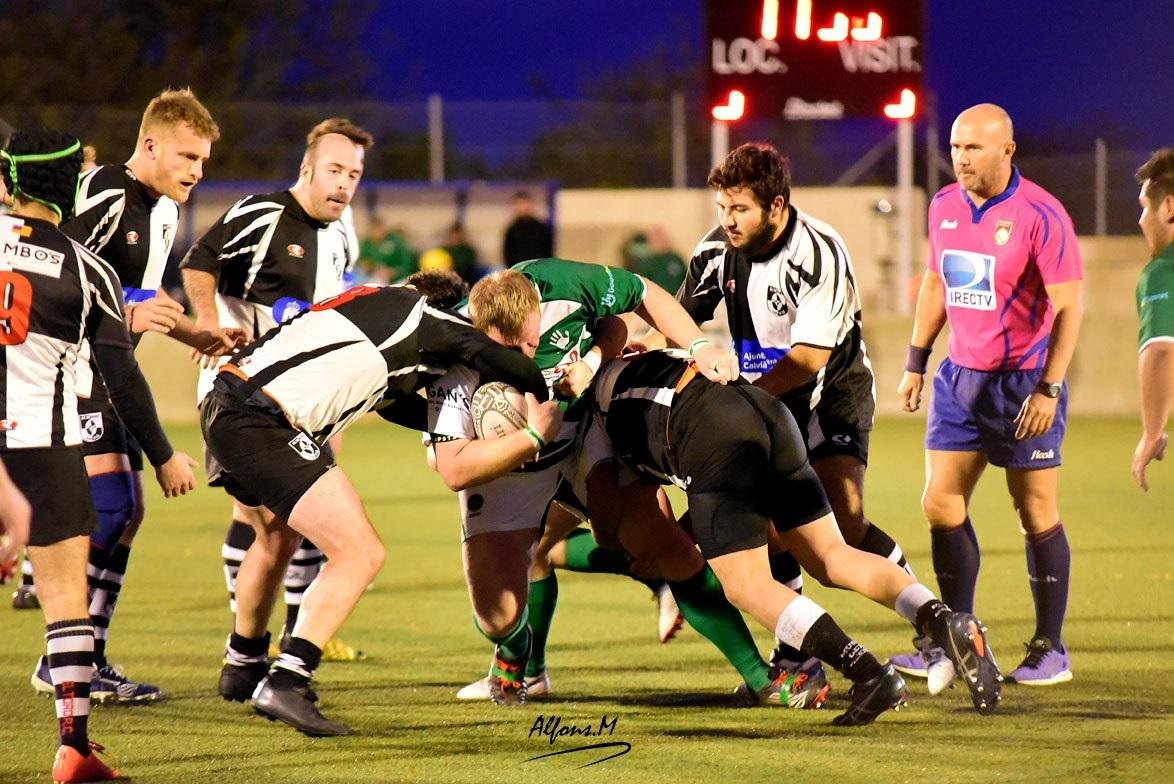 The “derby” between El Toro RC and RC Ponent kicked off late on Saturday evening under floodlights and although the rain held off the wind made kicking difficult.

Both teams made a strong start determined to gain the upper hand and although neither team had a particularly heavy pack of forwards they worked very hard to be the strongest in the scrum. EL Toro RC were the first to score from a line out on the 10 metre line which was passed out wide to the other side of the pitch and put down without any opposition from the visitors. The wind pushed the conversion wide.

Shortly afterwards RC Ponent equalised and had the same problem kicking against the wind. Both sides found themselves giving away penalties and a kick put the home team ahead briefly before RC Ponent scored another try.

By the half time break the visitors were 17 points to 8 ahead. El Toro RC came out after the break scoring within the first few seconds to close the gap and a penalty kick took them one point ahead. By this time both teams were determined to win and mistakes were made giving penalties away. Substitutes were played, especially after several injuries, and a try for the visitors in the frantic, closing minutes saw a final score of 18 points to 22.

In the match between Shamrock RC and Ibiza FC the visitors began well with an opening try to give them the upper hand although Shamrock RC fought back hard to keep up the pressure. By half time the score was equal and it was only due to various injuries and replacements, which caused the local team to lose focus, that Ibiza RC were able to add to their score finishing with 22 points to 49. 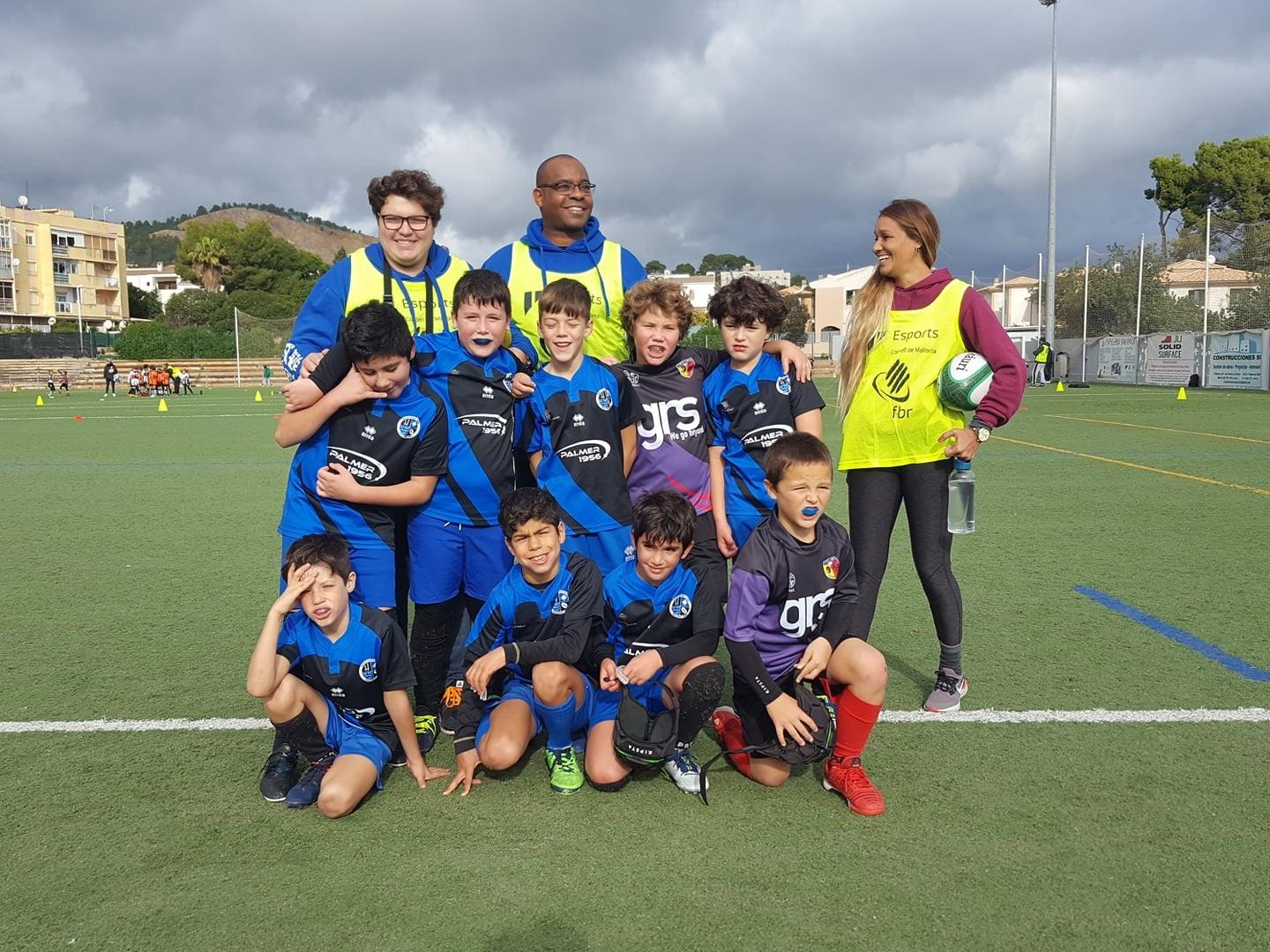 The game between Bahia RC and TRUC Menorca was postponed, partly due to the bad weather but also a lack of players.

In the next leg of this league between the only competing teams in Son Caliu it was the turn of visitors, RC Ponent, to come out on top taking advantage of their superior passing skills in the wet conditions. The U16 team finished with 31 points to 44 whilst the U18 had a more intense game but with RC Ponent still taking the game by 24 points to 36. 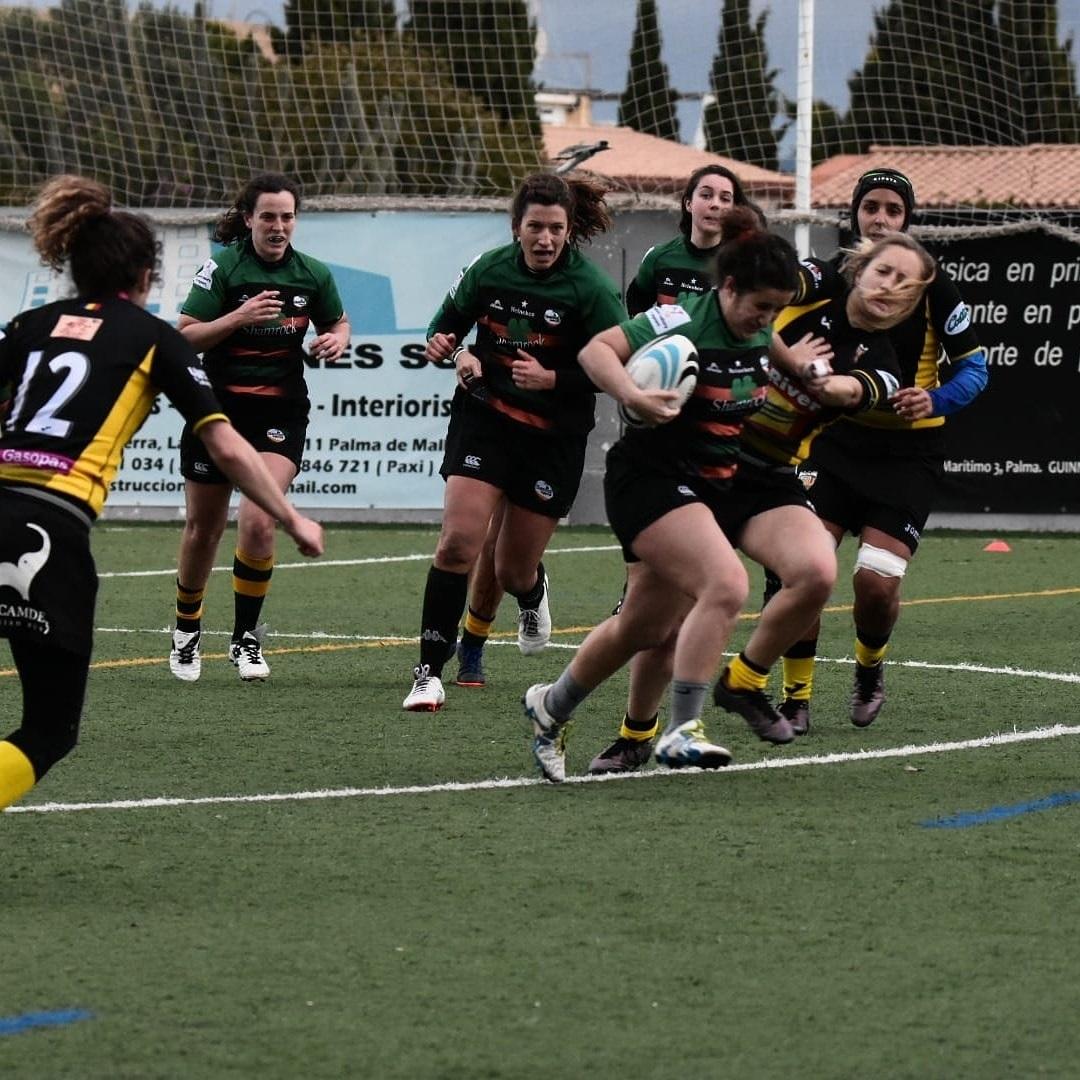 The first game of this season in the Catalan League for the Shamrock RC girls’ team took place in Son Ximelis on Saturday evening. The local girls pushed hard from the start and had scored two tries within the first quarter of an hour. Once in this rhythm they were able to score again and by half time were 19 points up whilst their opposition were yet to score. During the second half the Andorran team improved their attack and made it impossible for the local team to add to their score. Shamrock RC responded well and were able to complete the game with 31 points to 7 for the Andorra team.

Babarians XV played a good game in Valencia on Saturday against league leaders CP Las Abelles. By half time the visitors were 10 points down at 32 points to 22, despite scoring 3 tries, and pushed hard throughout the second half with Benjamin Buttini scoring a closing minutes try to take the score to 40 points to 39 and earning themselves two defensive bonus points. At several points throughout the match their opposition lost focus as the Babarians XV showed what they can be capable of.

Coming up next week

Babarians XV are at home to CR San Cugat in Son Caliu, kick off at 4.45pm on Saturday. In the local Senior league El Toro RC should be heading to Minorca on Sunday, RC Ponent are at home to Shamrock RC, playing on Sunday with the kick off at 4pm. The game between Ibiza RC and Union RFC has already been postponed until further notice.

For the youngsters, the U14 players have a Baleares selection training session in Son Caliu.