As part of their 30th anniversary celebrations, El Toro RC were lucky enough to organise a rugby masterclass with Argentina's Pumas player Nico Sanchez in Son Caliu over the weekend. Sanchez who currently plays as fly half for Stade Francais and has participated in the last three Rugby World Cups, spent Friday evening working with some of the senior and U16 & U18 players and then on Saturday morning spent time with the younger players as part of their training session! 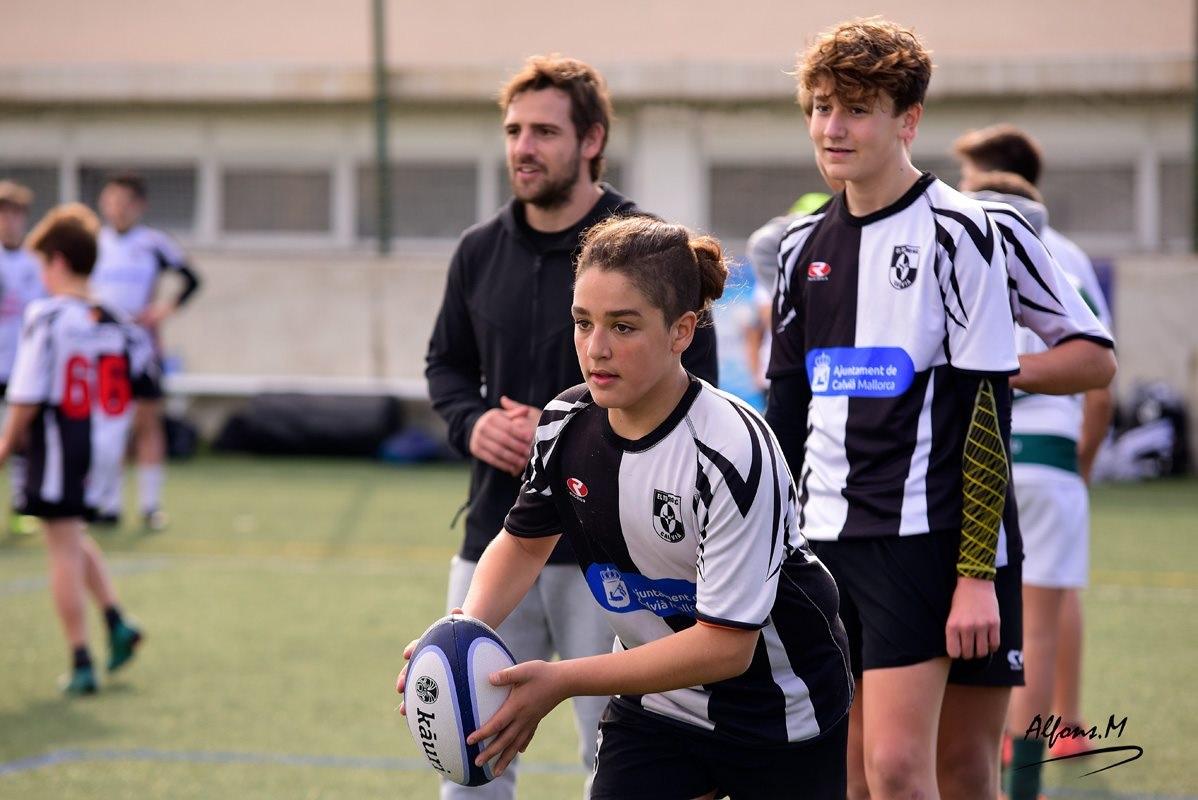 Nico Sanchez putting some of the older players through their paces.

He gave tips and hints on ball passing and tackling, and demonstrated some of his considerable skills. All participants in the clinic received a t-shirt, many signed as a momento, and left having learned some valuable lessons. 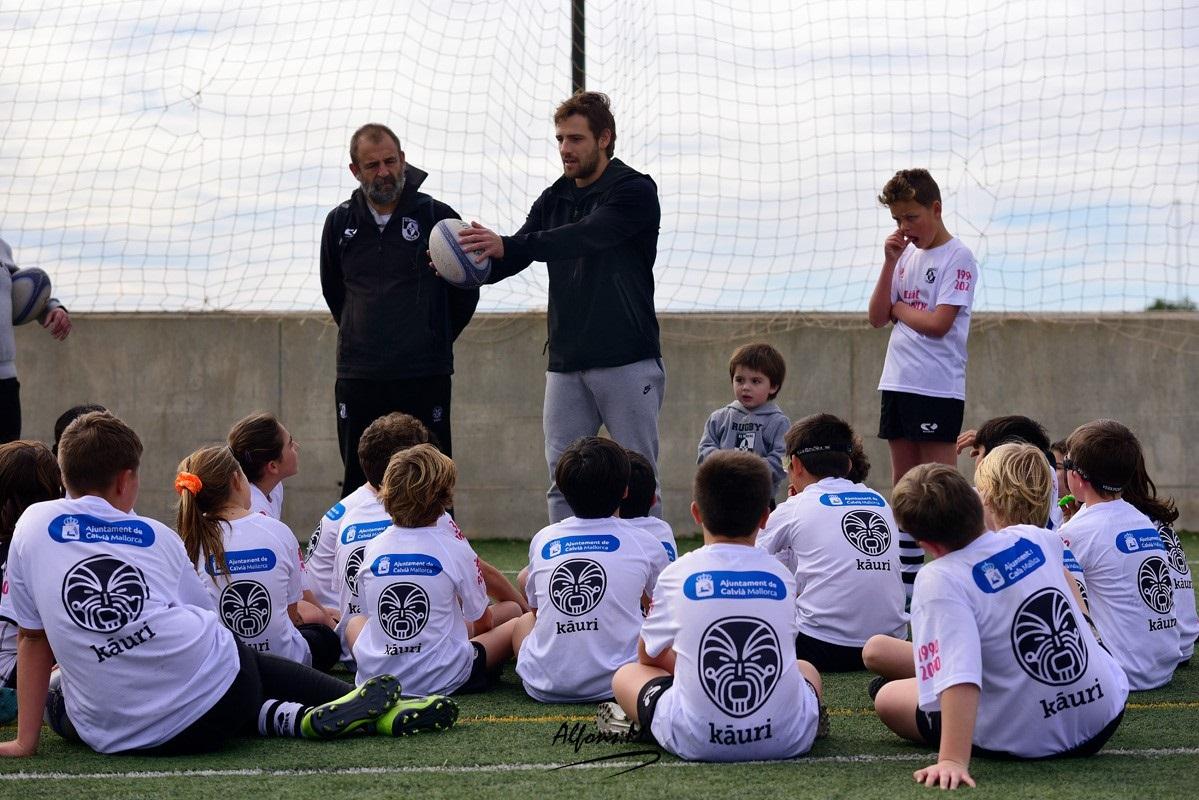 Nico Sanchez-masterclass for the youngsters.

Shamrock RC girls had a tough match on Saturday for their second encounter in the top Catalan league.

They met CEU in Cornellà and, despite all their hard training over recent days, the home team proved to be hard work to defeat. The first half was relatively equal with both sides applying the pressure at times and by the half time whistle the score was 10 points to 7; a chance for either team to win! It was during the second half that the visiting team were unlucky to have one try disallowed and, although they made ground to reach the try line, CEU defence was able to prevent them scoring on several occasions. Tired legs and substitutes made a difference to the team and they were defeated by 20 points to 7. A valiant effort from all the players and the girls can be proud of the fact that they gave their all and are becoming a real part of the top Catalan league. Next opponents are the favourites for the title, Gotics.

This was a rest for all the teams in the Men’s Senior League. Matches will be resumed next weekend. 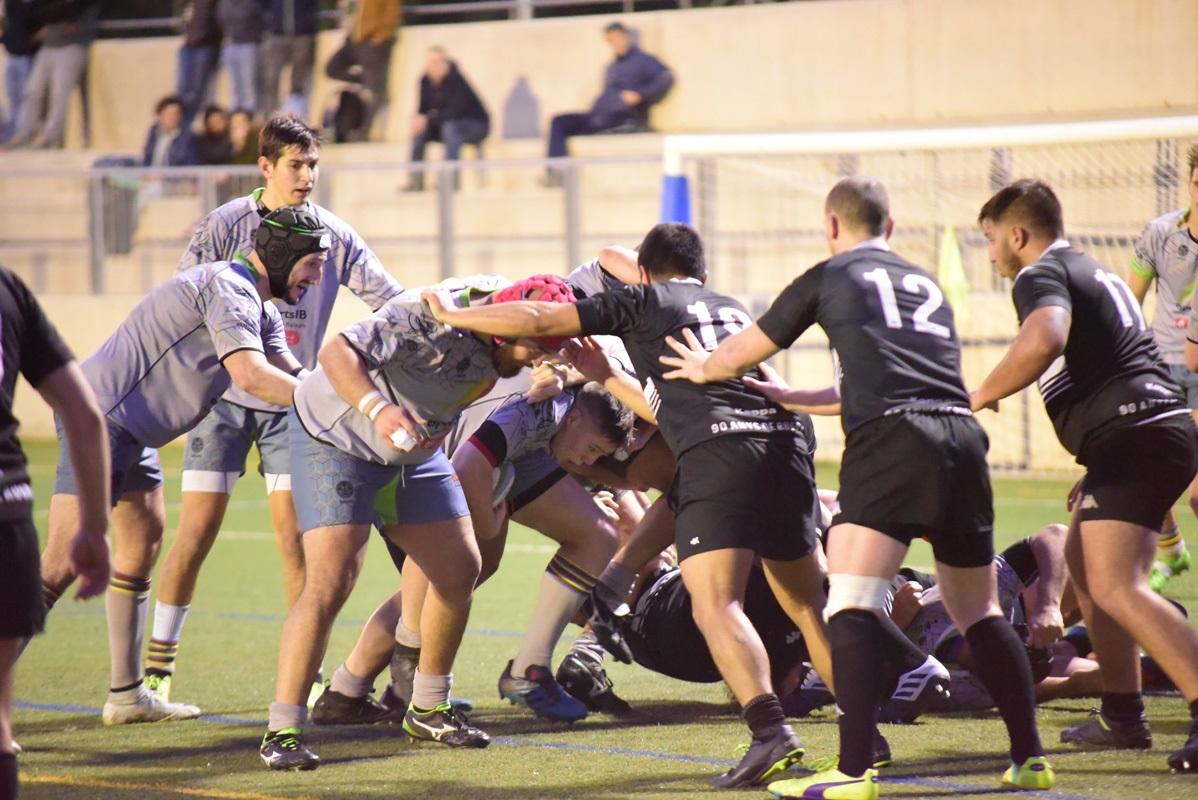 Babarians XV Calvia met penultimate placed BUC in Son Caliu on Saturday in an evenly matched game that they stood a good chance of winning. BUC lost a forward player for a red card incident early on in the first half so had to play with 14 men which gave their opposition an advantage. A try from Ricardo Vaquera, the first of two, put the home team ahead after 11 minutes. Penalties by Babarians XV gave BUC the chance to close the gap along with a try and they finished the first half with 14 points to 12 thanks to a second try by forward Ricardo Vaquera. The second half produced some fierce defence with both teams working extremely hard to score points. A try by Babarians XV took the score to 17 points to 14 until the closing minutes of the match. A final, successful penalty kick as the last play gave the teams equal points and a draw. 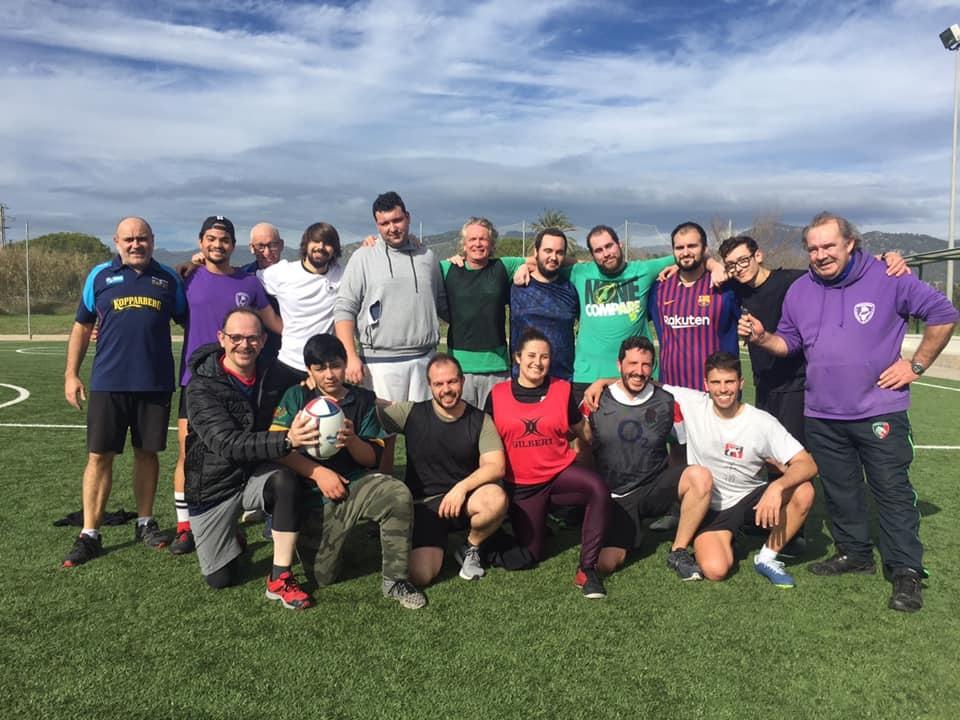 A touch rugby session was held in Binissalem on Saturday. This is for all ages and both men and women and is rugby in everything but contact! The idea is to continue to grow these sessions for people who want to avoid contact but still enjoy a game of rugby.

It is the Babarians XV turn for a weekend break and their next game will be the following Saturday, away against Andamen Tatami RC.

The girls league continues with a game between Shamrock RC and El Toro RC in Son Roca, kick off 17;00.

In the Men’s Senior League, Ibiza play Shamrock RC in Can Misses, Ibiza. Kick off at 1600 on Saturday. Also on Saturday in Principes de España is the derby between RC Ponent and El Toro RC. Kick off is also at 1600.

In the U16 league, RC Ponent meet Inter Ibiza RD on Sunday at 11.30 in Principes de España. Babarians are due to meet El Toro RC in Son Caliu.

In the U14 league the game between El Toro RC and RC Ponent has been postponed and Babarians 1 and 2 are due to meet in Inca. Kick off at 11.15 on Saturday.