The first home match of the current season for the Babarians XV Calvia played at home in Son Caliu was closely disputed against RC Valencia on a sunny Sunday afternoon in front of a restricted but enthusiastic crowd. This was the first chance this season for local supporters to see the new Babarians XV in action as the previous two games have both been played away. 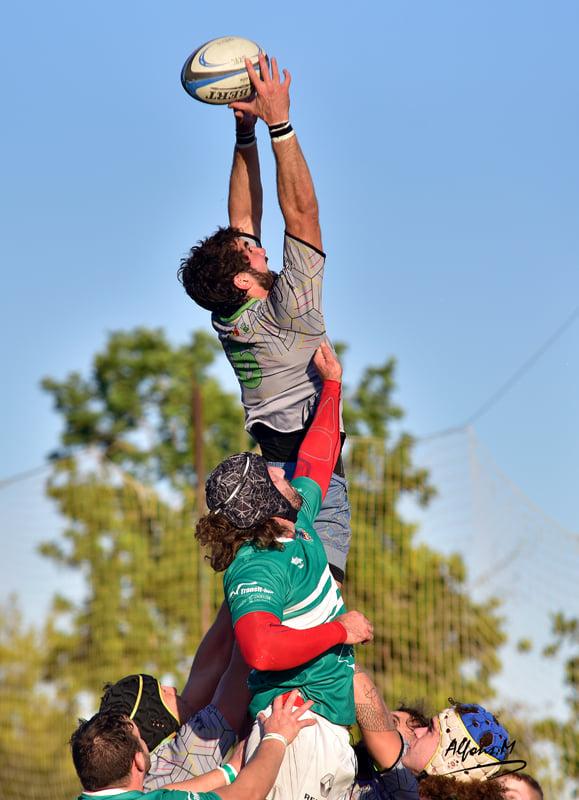 The home team came out fast and furious with very strong opening play and kept their opposition in their own half of the pitch for the first few minutes. The visitors began to retaliate and were given their first opportunity to put points on the board with a penalty. The kick unfortunately missed even though they were kicking with their back to the Sun which made life easier. 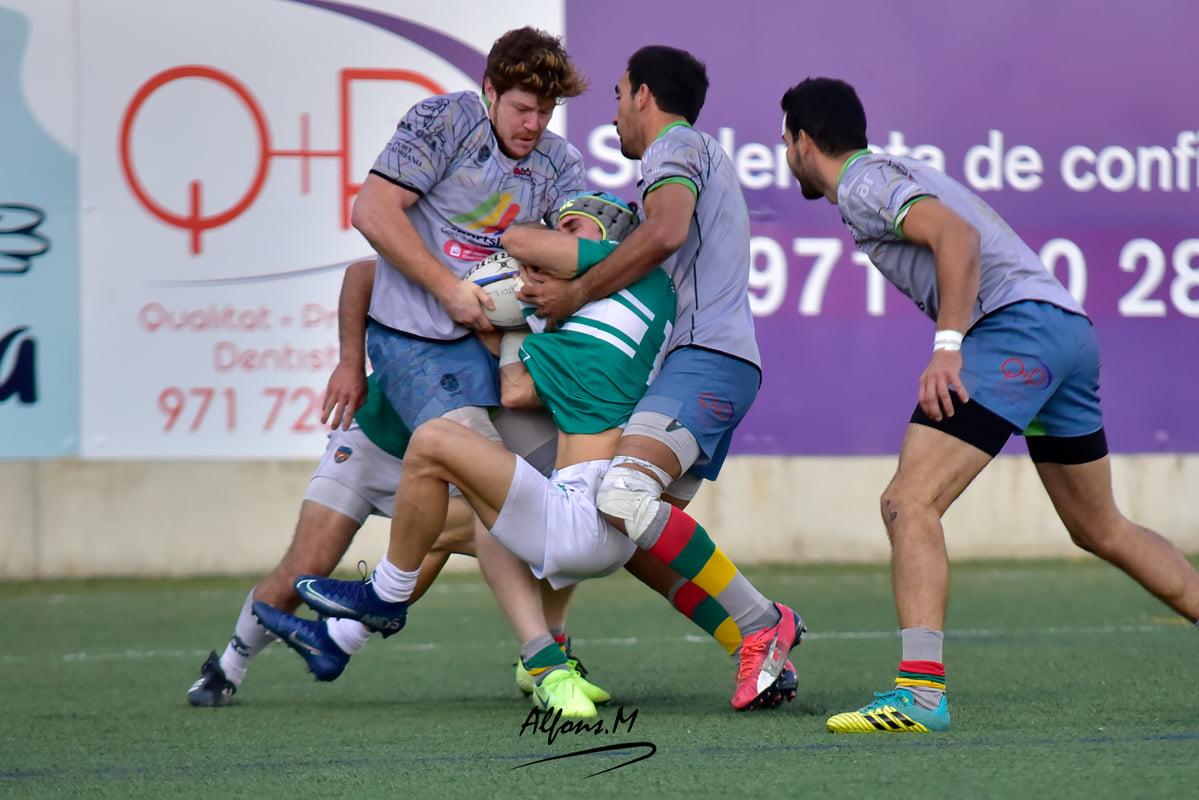 The first try came for the home team after 36 minutes of pressure and all the hard work paid off as Hicham El Isidry put the ball down for the first points, converted by Agustin Aragon, who scored a total of 9 points including a penalty kick and three conversions. A penalty kick gave the Babarians XV a 10 point to nil lead at the half-time break. 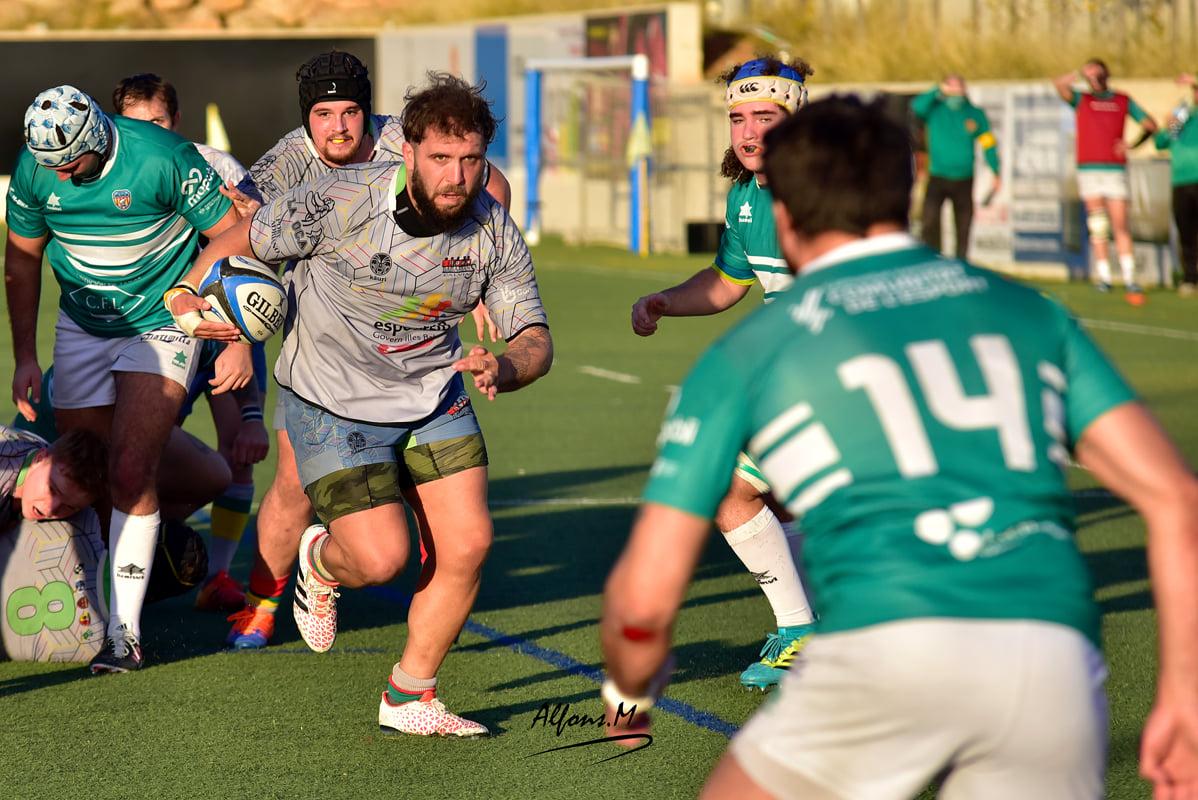 The second half saw RC Valencia take advantage of a lack of organisation to sneak through the home defence and score their own points to close the gap. Another try followed shortly after which shocked the Babarians into action, more focus and a tighter defence. Until replacement forwards were brought into play the home team struggled to make headway against the RC Valencia scrum whose forwards were far heavier. The visiting team lost players through injury and although they fought hard, just couldn’t quite do enough to get ahead of the Babarians XV who scored a further two tries in the second half with some great team work. A last minute try saw RC Valencia close the gap to 5 points which was too late to save the match.

After a very evenly balanced game the final score was 24 points to 19 putting Babarians XV Calvia in fifth place in the league table after this home win, one win and one loss in away games.

In the first matches for some of the younger players, the U14 and U16 teams and long time rivals from El Toro RC and RC Ponent played in beautiful conditions in Son Caliu. It was the first game for many of the players, some of whom had come up from a lower category and was therefore played at a different intensity than previously. All youngsters worked hard and El Toro RC came out victors in both games with a win by 47 points to 14 in the U14 category and by a much closer 35 points to 48 in the U16. They all have a lot to learn, however the coaches and players were more than delighted to be back on the pitch and putting their hard work into action. 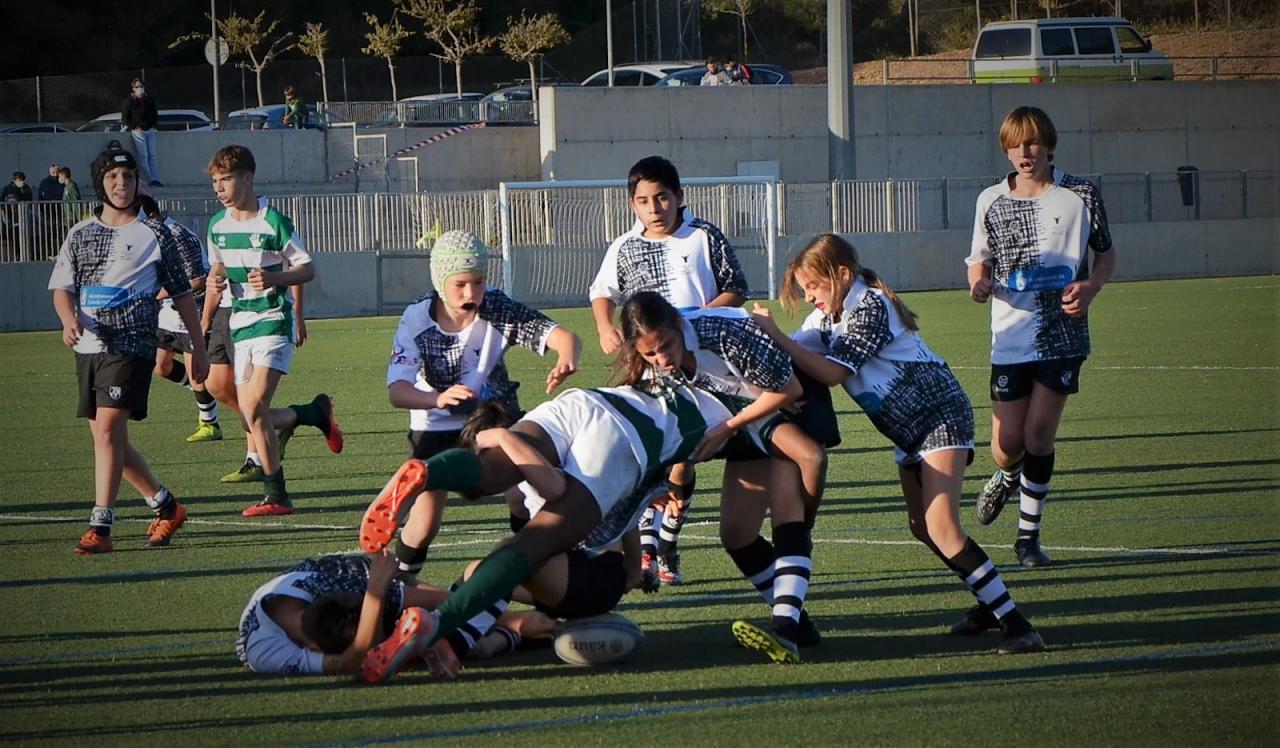 A rejuvenated TRUC Menorca team took on RC Ponent on Saturday and put up an extremely good fight to finish the match only 21 points to 38 down, which, considering the difficulty the home team has had in the past to gather enough players, is a result they should be extremely content with. Hopefully they will continue in the same way and enjoy a successful season.

RC Ponent U18 team played TRUC Menorca and defeated them by 93 points to 0. The home team were put at a disadvantage as they were short of replacement players and when one was lost to injury they had to play the rest of the game at a disadvantage and against the far more experienced visitors.

Barbarians XV have an away match against BUC Barcelona on Saturday, kick off at 1400 which will be live streamed.

U14 and U16 games in Son Caliu for El Toro RC against RC Ponent on Saturday.