Atletico Madrid have a tendency to underperform against Real Madrid so their 1-1 draw in Sunday's derby was all the more frustrating after they failed to build on Luis Suarez's early goal and Karim Benzema's late strike denied them a first league win over Real since February 2016.

Atletico have led the standings since December but a wobble in February offered Real and Barca a way back into the title race and the draw was a missed opportunity to increase their advantage with their more successful neighbours.

Coach Diego Simeone tried to downplay the significance of the result by saying his side never thought the title race was going to be easy, but he was also unusually blunt about his side's performance. 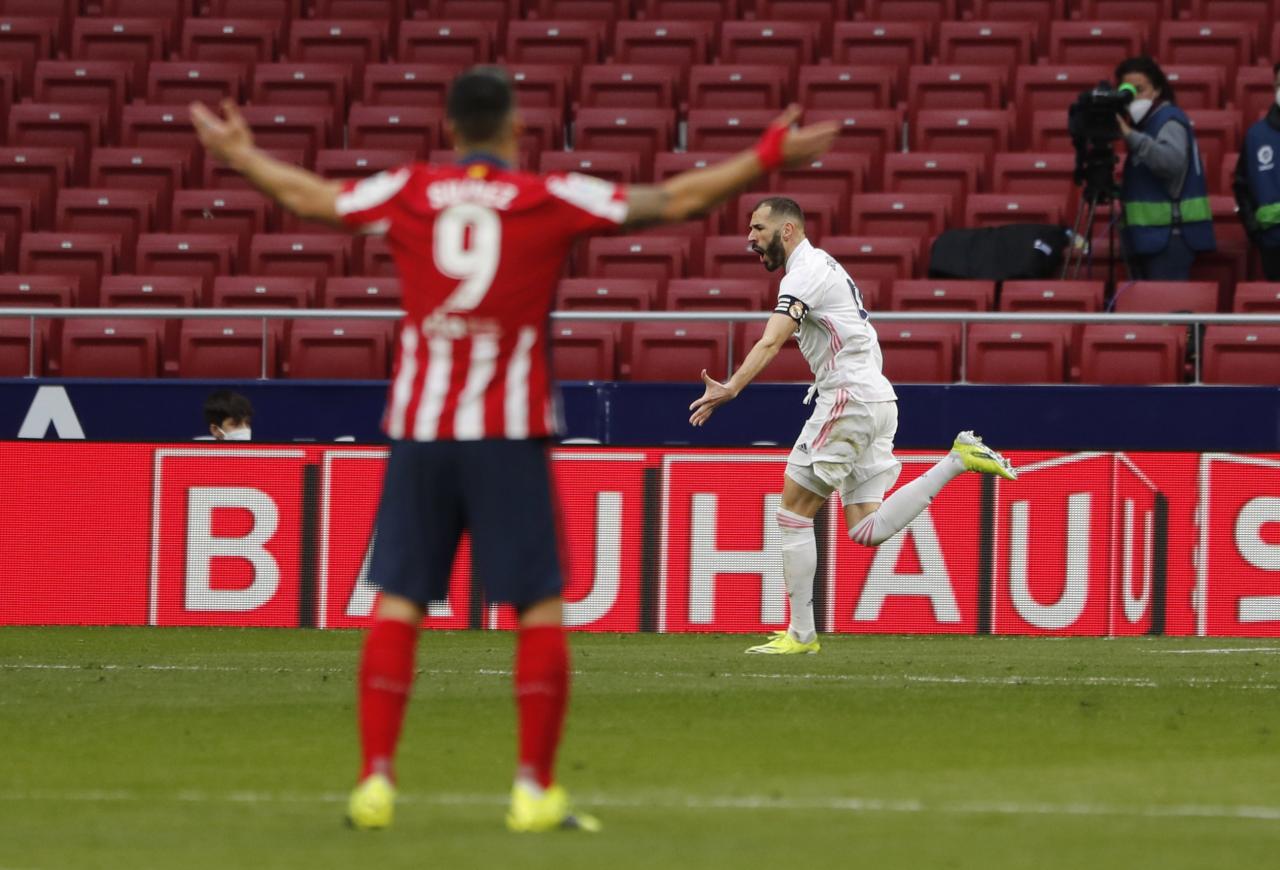 Barcelona have had a chaotic season but right now things are looking rosy for the Catalans, who enjoyed a weekend to remember.

Still glowing from their comeback win over Sevilla to reach the Copa del Rey final, they earned a hard-fought 2-0 win over Osasuna on Saturday with 18-year-old Ilaix Moriba scoring his first goal for the club to crown a performance showcasing the side's bright young talents.

Things got better on Sunday afternoon as Atletico and Real both dropped points in the derby, leaving the Catalans two points ahead of Real and within three points of leaders Atletico.

Joan Laporta then enjoyed a resounding victory in the presidential election and gave fans a reminder of the joie de vivre that defined his previous spell as president as he belted out the club's anthem and toasted his win with champagne.

Big challenges await, such as tackling the club's huge debt and convincing Lionel Messi to stay, but Barcelona have plenty of reasons to feel optimistic.

Celta and Huesca provide the entertainment

The Madrid derby may have been the most eagerly anticipated game in Spain this weekend, but Celta Vigo's 4-3 win at Huesca was unquestionably the most entertaining.

Celta took an early lead through Santi Mina but then had to come back from 2-1 down, going ahead for the third and final time thanks to Fran Beltran's 76th-minute winner, coming two minutes after David Ferreiro had levelled for struggling Huesca.

"It must have been a thrilling game for spectators but I suffered a lot."