Rafa Nadal might be renowned for his on-court emotions in the heat of battle but he was overheard by courtside microphones venting his frustration over his soccer club Real Madrid's disappointing weekend result.

As the Spaniard prepared on a practice court for Sunday's Barcelona Open final success against Stefanos Tsitsipas, the 20-time Grand Slam champion was frank in his assessment of Real's stuttering La Liga title defence.

Nadal, a Real fan despite his uncle Miguel Angel making over 200 appearances for arch-rivals Barcelona, was seen speaking to umpire Mohamed Lahyani about his team's 0-0 home draw with Real Betis on Saturday and was less than impressed with what he saw. 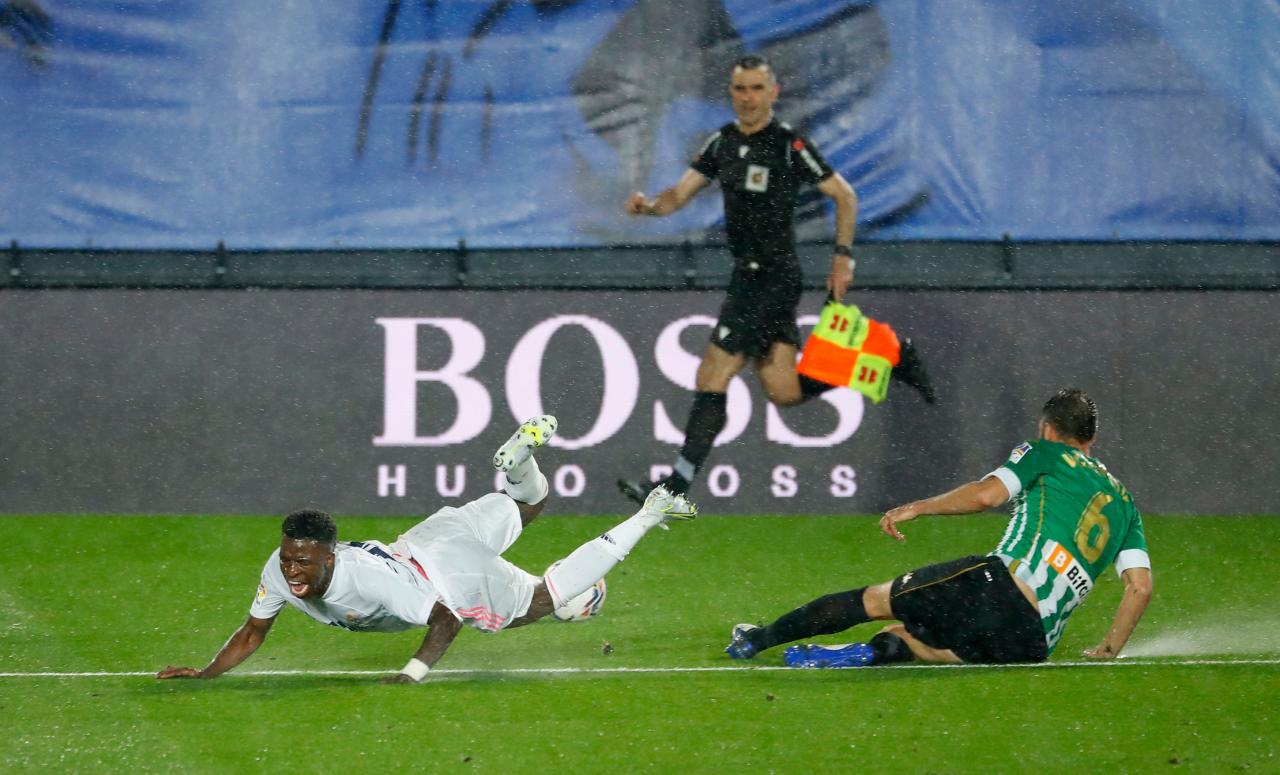 "Hala Madrid, but this year's not so good, another 0-0 and we're two points off the top" Lahyani said to Nadal, who shook his head and replied that it was "a disaster, a disaster.
"La Liga's over," a despondent Nadal added.

"Madrid need goalscorers, they need a forward," said the Swedih umpire. "Amongst other things," said Nadal with a sigh.

Real's 0-0 draw with Betis means they sit in second place on 71 points, two behind league leaders Atletico Madrid. Third-placed Barca also have 71 points but with a game in hand.

Fortunately for the 34-year-old Nadal he did not let his side's result affect him too much as he saved a match point before lifting a 12th Barcelona Open trophy with a hard-fought 6-4 6-7(6) 7-5 victory over his Greek opponent.

He will no doubt hope Zinedine Zidane's Real team can take inspiration from the fight he showed to win the title.